If you’re anything like me, you’ve been stuffing your maw with summer’s bounty for the past few weeks. The last berries, the last tomatoes and the last patio cocktails have come and gone. So now, much like the weather, your farmers’ market and CSA bin offerings have faded from their original, bright hues. So what are you supposed to do now? Hibernate until April? Why not reach deep into our root cellars and figure out how to cook what’s left? 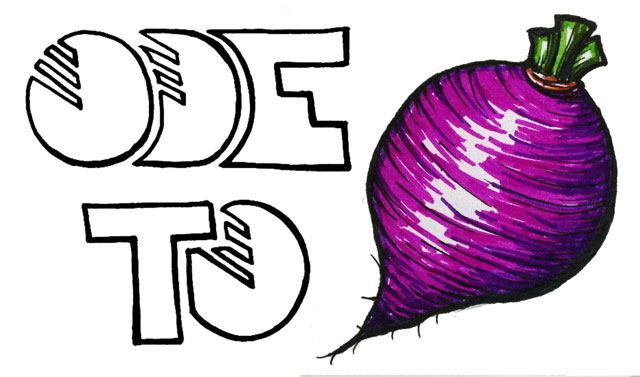 Let’s just say that beets were never my go-to vegetable. Some people are put off by the earthy undertones, but it was always the colour that got me. I grew up in a household where messes just weren’t a thing that happened. So if you wanted to cook you had to clean. Meat prep might require ten minutes of bleach sanitation, but beets became an all day, level four hazard. Before you could even open the crisper drawer to reach for the bloody stash, every surface had to be shielded and the route from sink to stove and back had to be covered in a prophylactic plastic layer.

But even though I had a time where I believed that beets are best left to Food Network chefs with cleaning crews, I’ve beeten that nagging feeling. They’re high in dietary fiber, folate, vitamin B and potassium as well as just yumminess. With the right kind of prep work tools, you can ensure that dinner is made in less than an hour and you aren’t serving up Lady Macbeth hands for dessert!

Summer’s bounty might bring about golden or candy-striped cultivars, but chances are your CSA bin is overflowing with the good ol’ fashioned red stuff. When you’re buying fresh, look for smooth, unblemished specimens that are hard and heavy for their size. If your beets come with their greens intact, make sure to grab healthy ones since they indicate healthy roots. Just like kohlrabi, you can use the leaves as a generic kale or spinach-substitute. Be sure to lop them off before stashing since they’ll continue leeching water and nutrients from your bulbs. Beets’ll last 2-3 months in your crisper before they start to dry out or mold, so give ’em a squeeze before you cook. If you’re already skeptical of this scarlet vegetable, eating a bunch of flabby discs isn’t going to convince you. 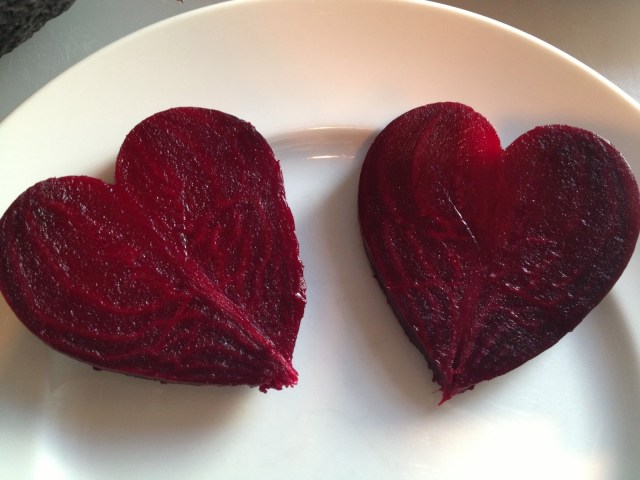 Don’t worry beets, you’re a jerk but I still love you. via Fresh from Nancy’s Garden

Once you’ve beetcome committed to your meal, red-hands are a choice not a destiny! Take a few precautions and the only colour you’re worrying about is the one showing up in your toilet. 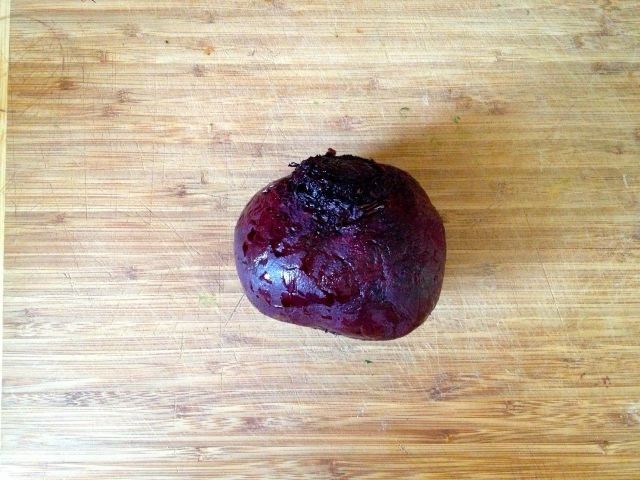 That’s a nice cutting board you have there. It’d be a real shames if something were to “happen” to it. via Lillybelle Foods

If you’re still a beet squeamish and don’t want to risk being caught red-handed, let someone do the dirty work for you. Canned sliced beets will do as a garnish, but their mushy texture and generic taste won’t hold up to the dinner table spotlight. French vacuum-packed beets are a whole ‘nother beast. Cooked, peeled and bagged in their own juice they’ll fill in for any cooked beet application. You can be super lazy and throw the sealed bags straight in boiling water to reheat.

While other earthy roots are relegated to roasted side status, beets are king when it comes to salad. Given that it does need to be brightened up, it’s especially suited to acidic dressings. Why not slice up a few beets, turnips, shallots, toasted almonds and dress the whole thing with a parsley-taragon vinaigrette? Or play to beets’ earthy side and use equally earthy walnuts and  goat cheese? You could also just shred the whole damn thing with fennel, jicama and your other forgotten vegetables for a pretty coleslaw. 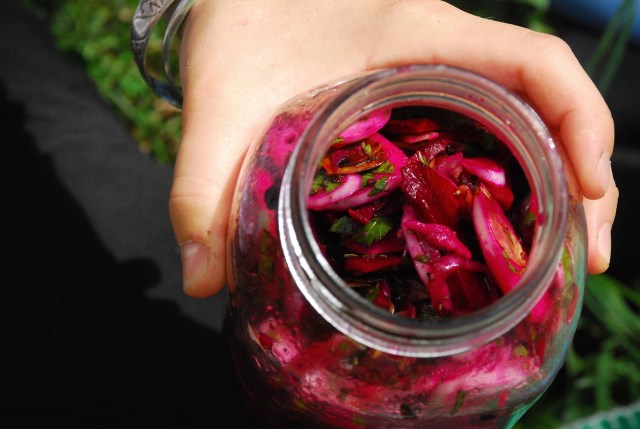 The earthy flavour pairs well with equally earthy flavours. Make a nutmeg-laced quiche to use up the rest of your beet leftovers. Play up beets’ sugar content by caramelizing the whole thing. Make a classic borscht laced with tons of dill. You can also make a damn good Bloody Mary! And yes, I know that isn’t supposed to be a main, but you make a liquid lunch a meal if you really put your mind to it. 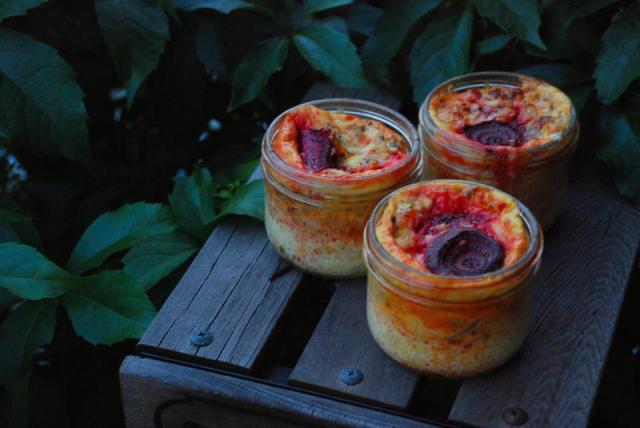 But if you’re a fan of the red, beet brave and embrace the stain. All it takes is a bit of beets and a pot of water to extract the colour. Use it to dye yarn, fabric, egg shells or even your own lips. You can even use it as a litmus test if you want to show some kiddies a magic trick. If you’re still thinking the edible side of things, get into the holiday season with festive devilled egg appies, naturally tinted buttercream frosting and a moister and redder red velvet cake. 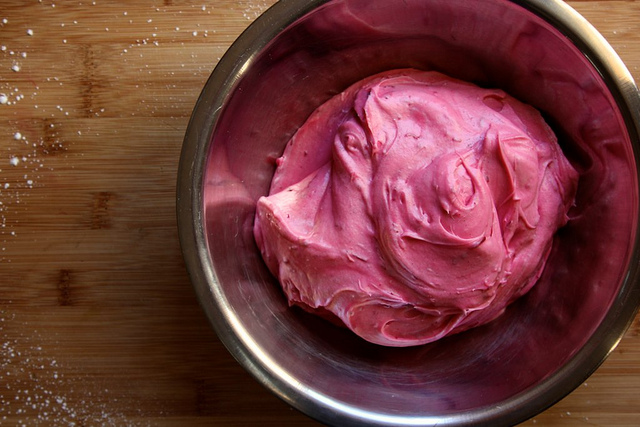 Via Joy the Baker

Or you know, you could just be like my girlfriend’s mom and fill our stockings with vacuum-packed beets.

(And a Beet Fan Bonus from Kathryn!)