Welcome to Idol Worship, a biweekly devotional to whoever the fuck I’m into. This is a no-holds-barred lovefest for my favorite celebrities, rebels and biker chicks; women qualify for this column simply by changing my life and/or moving me deeply. This week I’m reminding the world of Quvenzhané Wallis’ rightful reputation as young badass grasshopper.

Quvenzhané Wallis has the most popular name in the 24/7 news cycle as of late, which is funny considering just two days ago journalists couldn’t even be bothered to learn how to pronounce it. (And in case you need help figuring that out, I got you covered. Just don’t be a dipshit about it.) 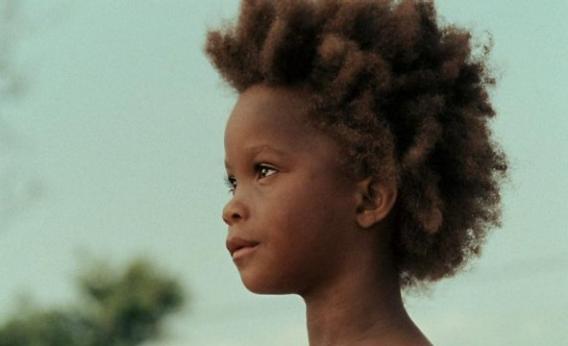 Wallis snuck into an audition for Beast of the Southern Wild at five, flipping a bird to the man and lying about her age to pretend to be the minimum requirement of six years deep into life. The moment in which she was selected to play Hushpuppy was kismet, history in the making, an unbelievable gift from Goddess who proclaimed Let Us Keep This Kickass Child In Our Hearts. After seeing over 3,500 auditions, director Behn Zeitlin selected Wallis and adapted the screenplay for her own personality. Nothing would ever be the same again: the movie won big at Cannes and Sundance and Wallis landed a historic nomination for Best Actress at this year’s Academy Awards.

Born on August 28, 2003, Quvenzhané was the youngest of four raised by Qulyndreia and Venjie Sr. Wallis in Houma, Louisiana. Now she’s the 10th black woman to be nominated for an Oscar and the first nominee to be born in the 21st century. A girl who wanted to be a dentist when she was five is now nine and strutting the red carpet (with a puppy purse, no less). And it’s like, kind of sort of totally amazing.

When I reached the age of 14, I sort of looked back on my life and wondered why I wasn’t, well, more famous. I mean, I grew up in what I’d like to believe was an unprecedented sea of tween stardom. I watched the Olsen Twins grow an empire that moved from WalMart to New York Fashion Week, I saw Hillary Duff grow up into a permanently immature adult, I came of age as Macauley Culkin began hiding out in his Manhattan apartment while whispering to Barbara Walters that “I’m afraid of everyone.” I even watched Aaron Carter grow up to throw, to our dismay, no good parties. And the entire time I was just sitting there.

I used to guilt my mom about it – “why didn’t you make me famous? why didn’t you take me to auditions? why doesn’t anyone want to cast a girl with some thick-ass frizzy hair and two chipmunk cheeks in any of these well-made and expensive feature films?” WASN’T I A STAR? I’d spent days outside writing and singing songs, designed my own magazine feature stories (no, like, actually designed the layout and wrote the copy on my home computer), and planned out my famous, fabulous self. It just had to get born.

The child stars I grew up with, though, often fizzled. Some went away simply because they weren’t popular anymore, or had fame that was limited to their ability to be pre-teens. Some went a little fucking crazy. Some were just plain bad once they got old. The older I got, the more grateful I became for my reclusive and private youth, and for not having to battle demons and watch my step at the ripe age of 10 or 12. And the more I learn about Quvenzhané, the more I am convinced that she will survive Hollywood and all of its lunacy in the way I maybe never would.

Quvenzhané didn’t know what an Oscar was when she received her Academy Award nomination; she doesn’t even know, honestly, if she wants to stay in the biz. Yet she possesses a maturity that escapes even some grown-ass men and women on the red carpet. I didn’t want news coverage of Wallis’ Oscar night to be so consumed with the negative: reports of sexist commentary aimed at her, the Onion tweet which broke the Internet, and the journalists who disrespected her on the red carpet take so much away from what she was doing there. She wasn’t feeding drama or egging on controversy. She was just totally cool, collected and proud, truly finding her own amidst a thick aire of celebrity. She made friends with Samuel Jackson and Halle Berry, charmed reporters with her custom-made puppy purse, and even managed to spend the night feeling good about herself despite Seth MacFarlane’s apparent deep desire to attack the self-worth of all women in Hollywood simultaneously while they are all gathered in one space.

That’s because Quvenzhané Wallis is a nine-year-old wunderkind who kindly and gently reminds people how to pronounce the name of an Oscar nominee, who believes in her own inner strength and her own capabilities, who speaks sincerely and honestly about her own life and experiences, who is proud of who she is, who is already aware enough to defend herself and make right for herself any wrongs she’s been affronted. Wallis faced down disrespectful reporters, offensive commentary, and rude remarks with a tiny but genuine smile. She’s spunky, fierce, fabulous, smart, hearty, soulful, brave. She’s amazing. She’s a 21st-century child star raised on girl power and self-love. We’re lucky to know her and to have her in Hollywood, and though only time will tell where she’s headed I think we can rest assured she’ll head there with her chin up and her smile wide.

Super-stardom could be on the way for Quvenzhané, considering the recent casting decision to have her play Annie in an upcoming 2014 remake being produced by Jay-Z and Will Smith. (Smith’s own daughter rejected the role in order to better “be twelve.”) The role is expected to propel her fame to new, unparalleled heights. We know from her behavior at the 85th Academy Awards that Wallis is ready for fame’s pokes and prods, and even some of its harder slaps. And we learned that we need her to stick around to teach us exactly how girls run shit these days.

sign up for our newsletter
Related:2013 oscarsidol worshipregularwomen of color