As fun as fashion can be, there are many supposed “rules” to dressing your fine self. It’s something that makes getting outfitted a very overwhelming process; which of these laws should be followed? I’m going to let you in on a secret… You don’t need to listen to a single one.

Thus far, I’ve seen almost every single “rule” that I’d been taught go in and out of favour (socks with Birkenstocks, I’m looking at you!). I’ve also been blessed to know people who make the most “outlandish” sartorial choices seem almost ordinary, since it’s their everyday look. The rules exist as a weird guideline which you can adhere to if you so choose. But in my experience it’s been so much more fun to flip them the bird and do me. There’s nothing the fashion world loves quite as much as a fashionable rebel!

So how does one go about breaking these rules? I thought you’d never ask! I played around with a few of my favourite ways to rebel against the Voguettes. 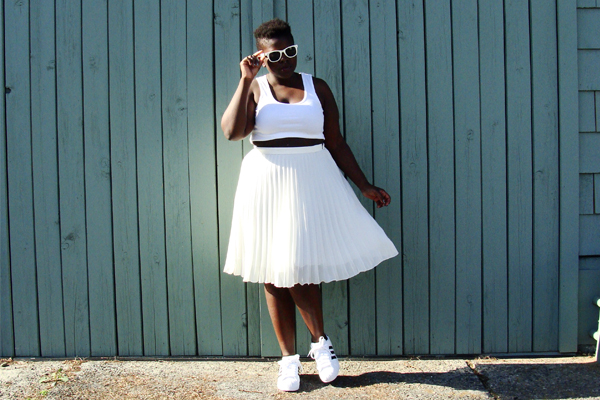 No white after Labour Day: the origins of this “rule” are murky at best. Some say it was a practical rule as clothes get dirty, others suspect that it was more of a class-based/socioeconomic rule. Despite being of indecipherable origin, it’s a rule that seems to be widely known. I’ve been apprehensive of this rule solely based on the fact white looks phenomenal all year round. All white everything. But for my summer version I’ve got athletic shoes outside of the gym, a rule that clearly has little sway for most of us.

Sidenote: crop tops are not only for washboard abs. See exhibit A for proof. 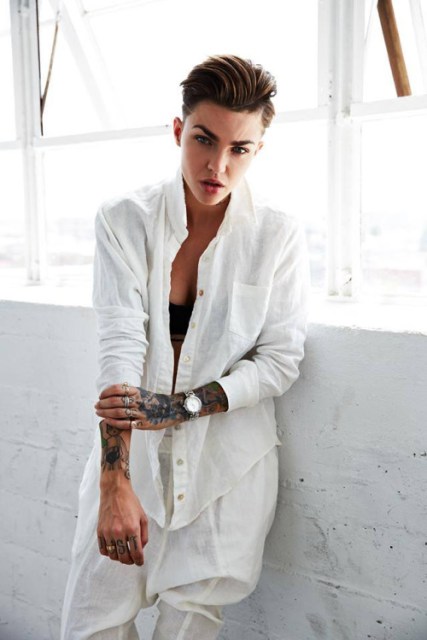 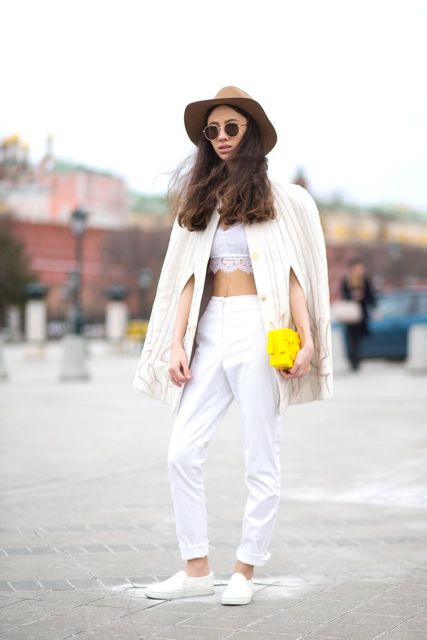 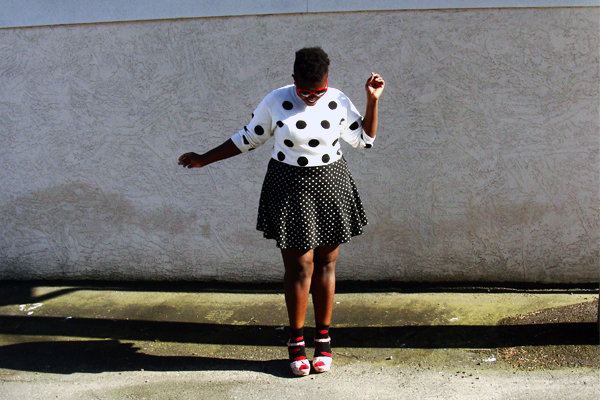 My personal form of fashion anarchy is pattern mixing/clashing. It’s pretty satisfying to find the magical combination of scale/color/proportion and blend unexpected pieces. I’ve been at weird combinations (with many failures) since high school, so often it feels a little bit easy for me. But it’ doesn’t always have to be a large scale, bold mix. Try putting two different kinds of stripes together, or a little dot with a slightly bigger one. Baby steps, everyone. Baby steps. 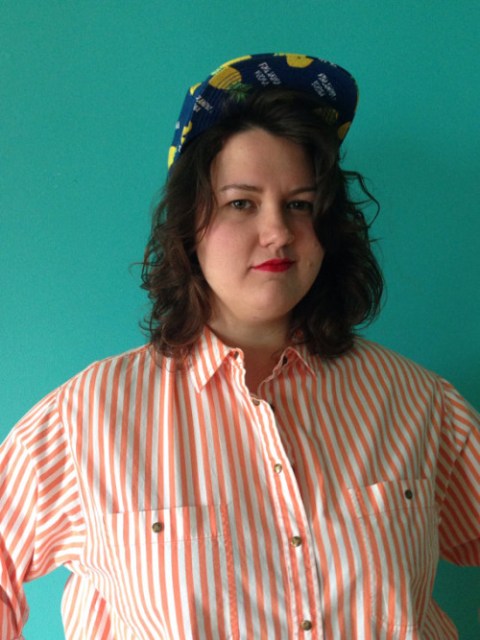 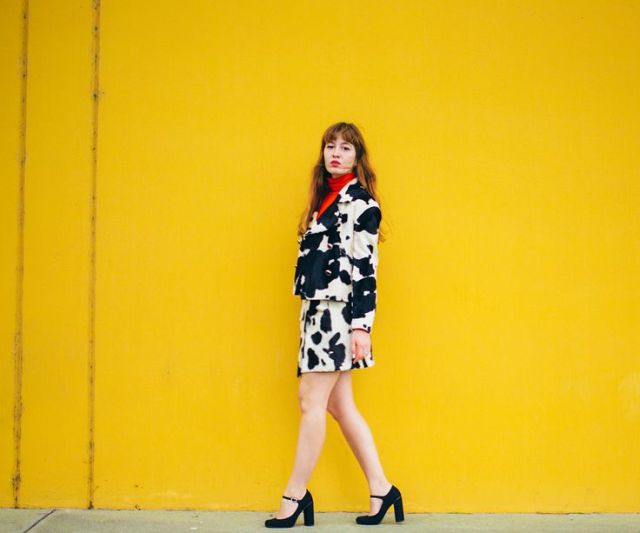 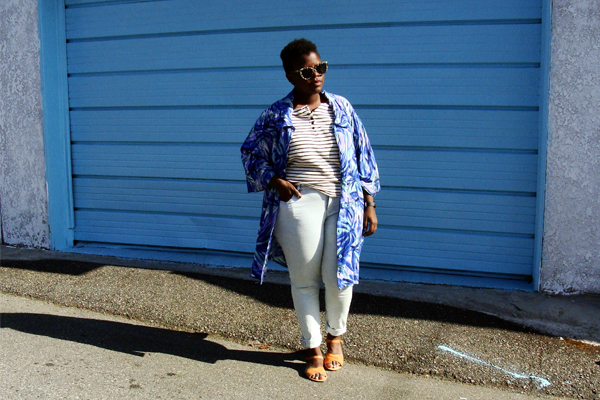 The area in which there are the most commandments in fashion is body shape/size. Stripes are for the tall and lean, dress for your height, wear “flattering” clothing if you aren’t thin, also known as “bland and/or black articles of clothing.” I don’t really care about any of those rules. The most flattering style for you is the one you feel the best in. I’m a short and chubby person, and my closet is chock full of patterns (horizontal stripes too). This has caused little to no detriment to my life. In fact, my sartorial leanings have helped me connect with like minded folks and sweet peeps. Sometimes the guidelines are for suckers. 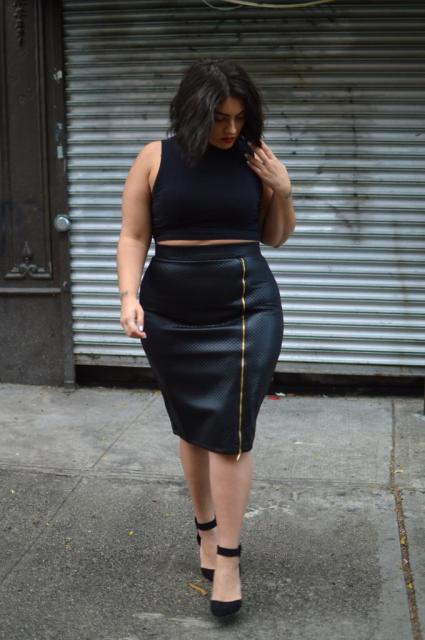 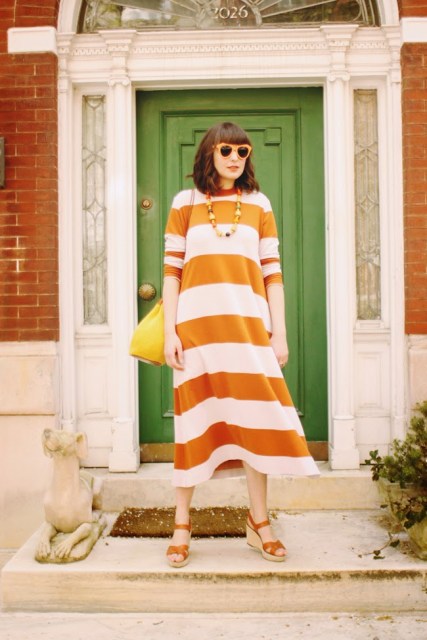 This is the just the beginning; there are so many ways to break the “rules.” What are your tips/tricks/tireless standbys when it comes to challenging fashion norms?