Everyone’s favorite soap opera, Don’t Ask, Don’t Tell, is finally ending on September 20th, but that doesn’t mean the drama’s over. Candidates, schools, and soldiers, still have a lot to say about the policy and we’re here to catch you up on the gossip.

Over at Camp LeJeune, a Marine base camp in North Carolina, recruiters say everything’s normal. Normal is good for Marines everywhere, especially since Marine Chief Gen. James Amos cited “distraction” as his main reason for opposing a repeal of DADT in December. Jonathan Hopkins, a former United States Army captain and director for LGBT military organization Outserve, agrees that we can expect business as usual.  “Fundamentally, people are fighting for the right to do their job. That’s how you celebrate repeal, is you do your job. It’s much ado about nothing as regards to any changes are happening in the service, but it’s a good nothing.” 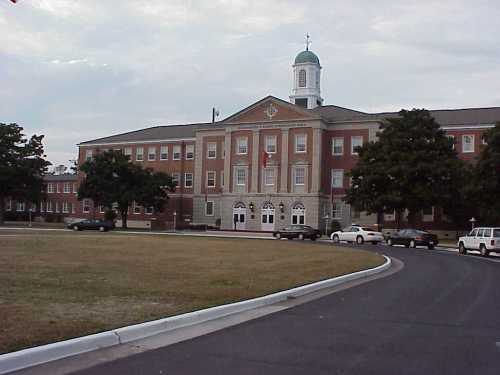 Outserve conducted an unscientific survey (you know how I feel about unscientific surveys, but there’s something to be said for self-awareness) this spring and reported on the experiences of 244 LGB troops. A vast majority, 78 percent, of the respondents were out to at least some members of their unit. In contrast, 58 percent would not or weren’t sure if they would come out to anyone else after DADT is lifted. Around the same number, 56 percent, said they would look to their chain of command for help in the event of harassment or discrimination. I’d be interested to see if the half who weren’t sure about coming out were the same 50 percent who would not look to their chain of command for help. While a correlation between the two answers would suggest that there’s still a significant amount of work to be done, the absence of one could mean that an individual decision about coming out is simply a matter of privacy and not tied to a fear of discrimination.

Cpl. Shantella Spriggs, a gay woman based at Camp Lejeune, says coming out didn’t make any waves. She wasn’t always out — Spriggs used to play the pronoun game when referring to her former fiancée — but says that she’s hopeful that the repeal will encourage openness and a sense of comfort. While Spriggs hasn’t encountered much hostility personally, she thinks women have an easier time than men.

“The majority of Marines do not want DADT repealed. Males can accept the fact that a female can identify as a lesbian but often times have trouble accepting a male Marine as gay. In their eyes males Marines are ‘manly’ — they are brothers and should not be involved with homosexual conduct. Once the certification process is done I predict that there will be many female Marines willing to come out to others within their chain of command and seldom males.”

An anonymous gay man who is a lance corporal says he thinks the Marines are the least accepting branch, noting that the majority of separations occur at New River, where he’s based, and Cherry Point. While he has no plans to come out, the lance corporal admits that he can breathe easier knowing that he’s not living a “double life” anymore.

Despite signs that point to success, several Republican candidates have made it clear that, if elected, they would try to reinstate the ban. Over the weekend, Michele Bachmann joined Rick Santorum, Mitt Romney, and Newt Gingrich in announcing that she opposed DADT’s repeal. Aubrey Sarvis, executive director of the Servicemembers Legal Defense Network (SLDN), says undoing the work done by the repeal wouldn’t be very difficult. The law that was signed does not mandate that gay service members must be allowed to serve openly, it only requires that DADT be repealed, which takes away the specific penalty of discharge for “telling.” The regulations that allow for open service are written by the Secretary of Defense, Leon Panetta, a position that can change with each president. A new president could instruct their Secretary of Defense to create new, more restrictive regulations that suit their position. 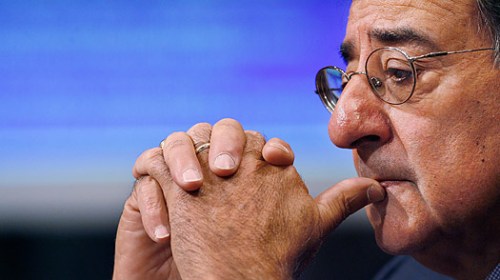 The SLDN is requesting that the defense secretary secure rights for LBG troops by writing sexual orientation into the military’s nondiscrimination policy, the Department of Defense Human Goals Charter. If sexual orientation is added, the military’s code would be on par with civilian employment’s regulations — which aren’t perfect by any stretch of the imagination, but do provide some protections. By adding the words “sexual orientation” to the charter, gay service members would have access to the Military Equal Opportunity (MEO) program, “an independent investigatory channel — available to women, minorities through MEO — in seeking redress for harassment on discrimination.”

SLDN is also requesting that Panetta take strategic steps around DOMA to ensure that gay troops are given access every possible program and benefit. While individuals in same-sex relationships are explicitly forbidden by DOMA to receive housing benefits, they could be eligible for “join duty assignments, family center programs, and military housing” if the Department of Defense decides to create new regulations. The interconnectedness of anti-LGBT legislation never fails to amaze. On the other hand, the changes that have been made in the past 2 years alone are nothing to sneeze at. As the military prepares to take a step in the right direction this fall, all we can do it wait and see if they pull anybody else their way.