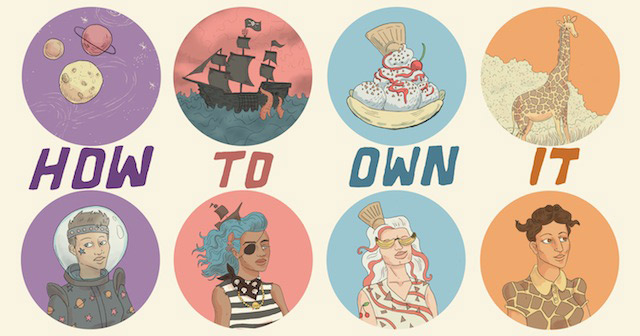 Performance artist Holly Hughes once said that lesbians are divided along the following lines: dog lesbians, cat lesbians and lesbians with allergies. I love all animals as deeply as I am allergic to them, but I think I’m on paper as a dog lesbian because I’ve found my kindred spirit in a tiny hypo-allergenic puppy mill rescue named Kimberly; maybe you’ve noticed her fluffly face peaking out in pictures I post to this website. I feel like in general, the internet has helped a lot of other people come out about their animal obsessions, too: for example, hopefully we all agree that only a meanie wouldn’t want to spend an hour watching videos of puppies playing with lemons. 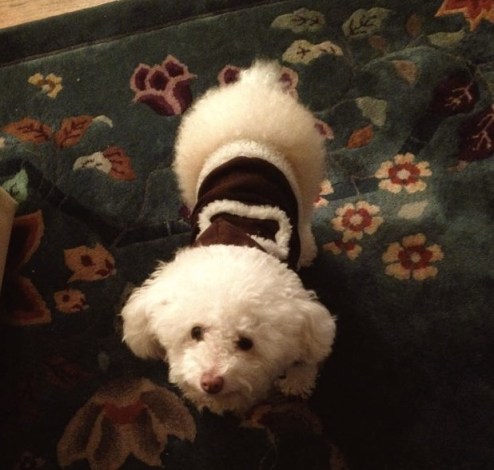 someone got too fluffy for her winter jacket!

Basically it appears that we’re all letting our inner crazy cat/dog ladies out into the world, and you know what? She doesn’t seem so crazy after all. In fact, everyone’s inner animal enthusiast has always sworn that sweaters with creatures on them are super chic, and I’m starting to think she has a point. In fact, maybe wearing animals on one’s clothes is a new form of flagging! 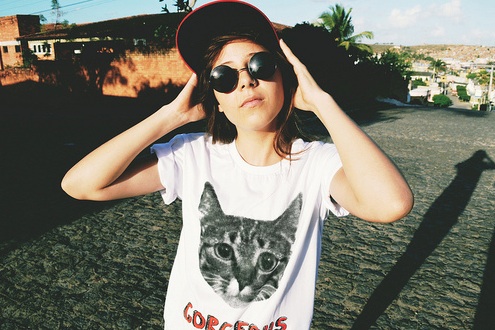 Being allergic to cats is one of my major flaws as a human, to the point that I’ve been tempted to say so during job interviews when asked about my weaknesses. My girlfriend is such a cat lesbian though, and even has two cat tattoos about it, so I feel doubly bad that we can never have one. Anyway, you don’t need to hear about that. What you need to hear about is that you can wear shirts with cats on them and look hot at the same time. 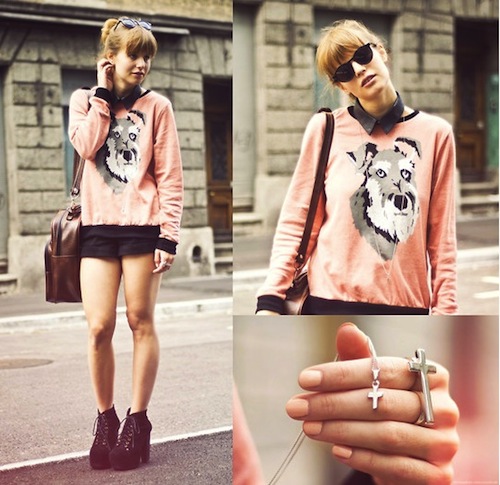 via lisa d on lookbook

Dog grrrls need team apparel, too. One of the best parts of searching for dog sweaters for this post was that I got a lot of hits for actual dog sweaters, as in sweaters for dogs. Kimberly really needs some new clothes because she’s gotten so much fluffier since last winter (see above). Dog shirts for people are really great too, though! They are just as trendy and whimsical as kitty shirts.

Perhaps you noticed that many of the animals on the shirts I’ve shown you are accessorized with scarves or bow ties. Perhaps you, like me, think that is a fantastic idea. And maybe you even agree with me that you’d like that idea even better if the animal was your animal. I mean, I would totally wear a sweater with just about any dog on it, but really what would make my life would be to have Kimberly’s face on my shirt. I think it would probably make her happy, too. So, I’m going to show you how to easily make a customizable animal decal that you can sew onto just about anything you want, so that we can all wear things that display our furry pals.

1. Take a picture of your animal’s profile. Kimberly’s face is an amorphous fluffy blob right now, so I used an old picture taken after a haircut so that her face shape can actually be seen. 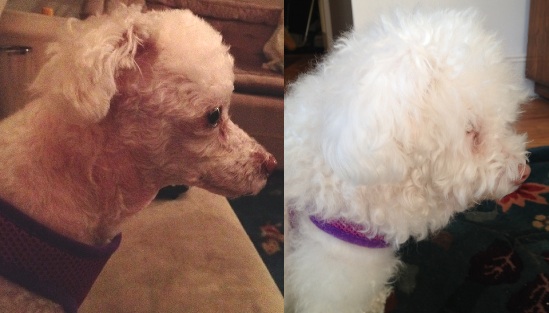 can you even believe this is the same poodle?

2. Draw the outline of the profile. You can do this freehand if you’re fancy, or you can actually use your computer screen as a light box and just trace it! You don’t need to have any real drawing ability to get this to look awesome. 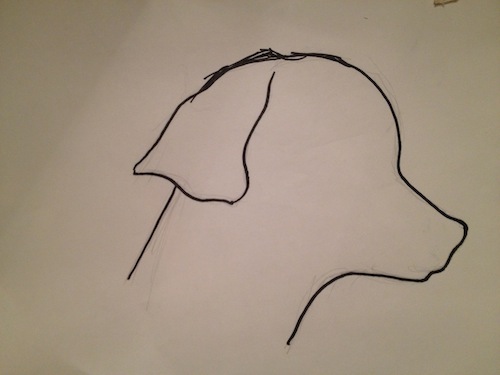 3. Pin your drawing to a piece of fabric and cut it out. If your animal has floppy ears, you should cut around the ears a little bit to differentiate between the ears and the head.

4. To make the scarf, cut a strip of fabric with angled ends. To make sure it’s even, fold it in half and make the angles at once. Lay the strip of fabric underneath the base of your animal profile. Then fold it over in front so that it makes an X, and sew it down.

5. Now all that’s left to do is pick an item of clothing to sew it onto! I picked this v-neck sweater because it already had a hole in it so if I messed up, I wouldn’t be sacrificing anything. 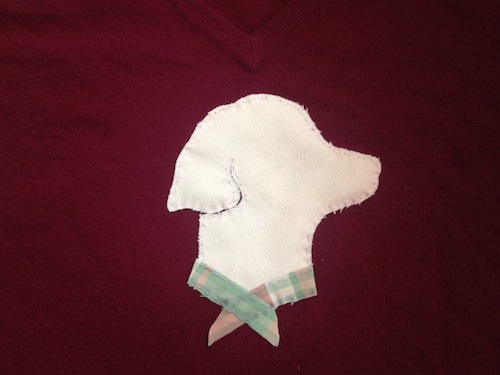 6. Try to find a way to hold your animal while you pose for a picture that shows both your new sweater and your cute friend. Apparently it was really hard for both of us to have all of our eyes open at the same time. 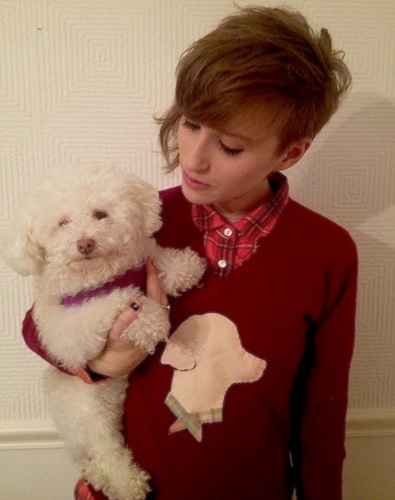 PS I wasn’t going to include this outtake, but the team insisted that I had to. Look at her fucking face:

Join A+!
Related:how to own itkittensregular