Hey, remember that time Liz Castle made boozesicles with Piña Colada mix? How about when Ali set our hearts aflame with Bourbon Hellfire Fudgesicles? Ooh, or when Vanessa made out with a cute girl on a rooftop after a couple French 75 popsicles? What I’m about to share isn’t a new idea, but times are hard, life is short, and dammit, we all deserve something good right now! 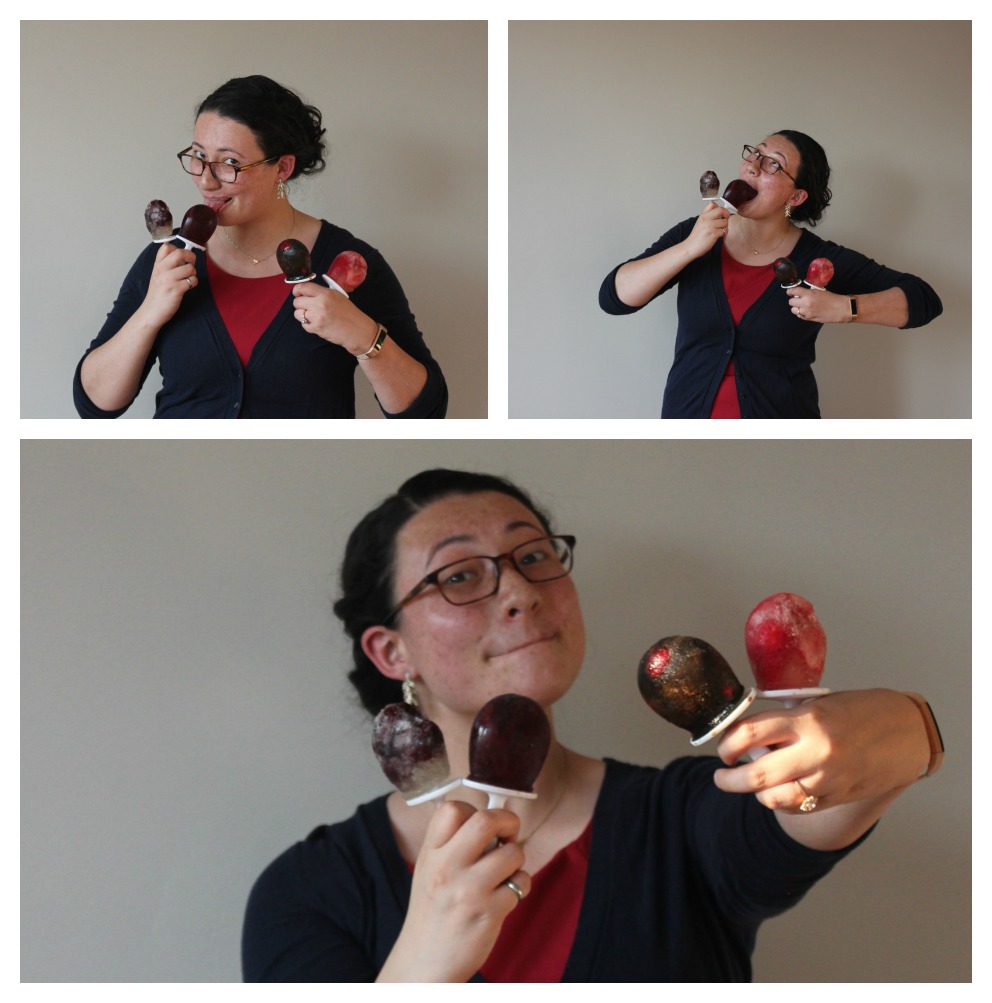 Enter beer and wine popsicles, aka the secondary coping mechanism I’ve developed to get myself through August 2017! (The primary one is working myself into oblivion.)

My adult popsicle experiments all began with a Lifehacker article titled “How to Turn Any Alcohol You Like Into Tasty Frozen Popsicles.” Per Claire Lower,

To make an alcoholic ice pop that won’t slush out the moment you remove it from the mold, you’re going to want to aim for an overall ABV of 8%. Some beers fall under this threshold, so you are free to freeze those as is, but you’ll need to do a bit of math when working with the stronger stuff. Luckily, it is very easy math. Using the basic dilution formula that you may have learned in chemistry class, we can quickly find how much booze we can add to our popsicles: C1V1=C2V2 where “C” stands for “concentration” and “V” stands for volume. 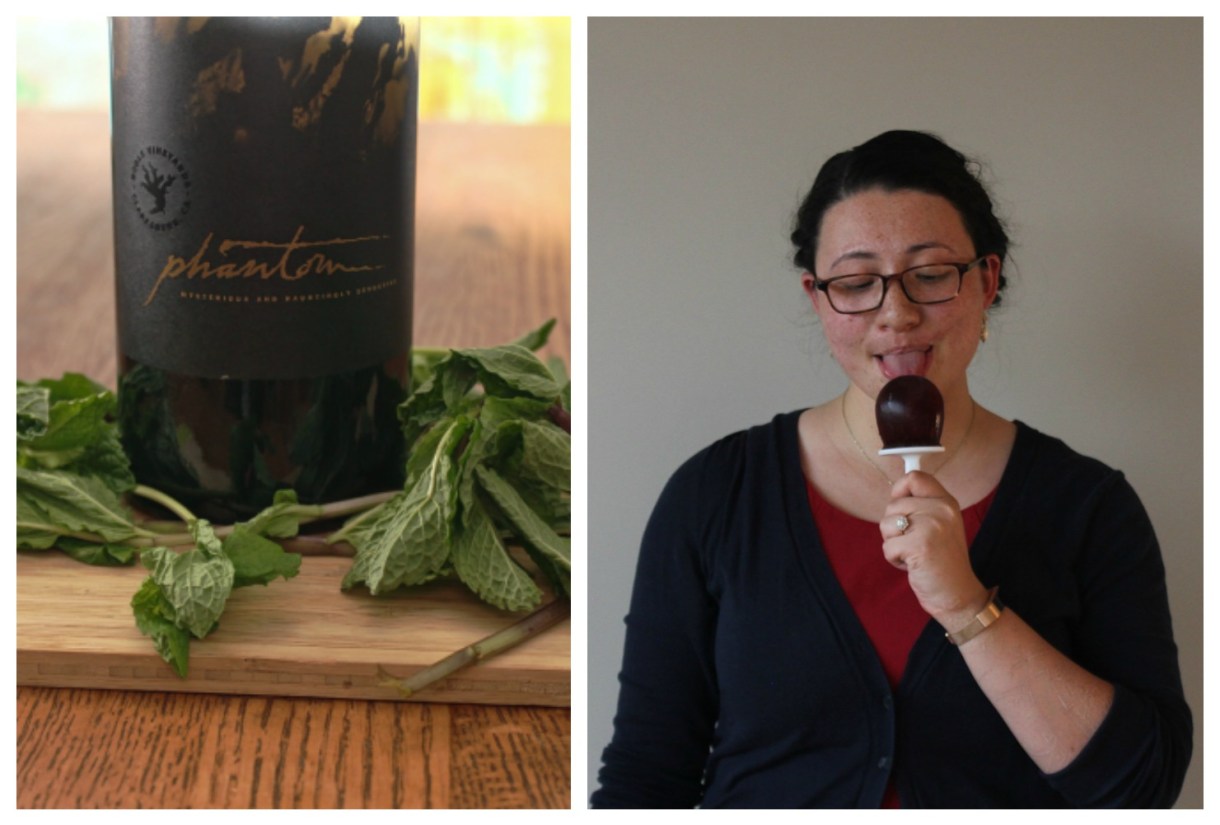 Following the dilution formula above, I mixed one part water with one part red wine (14.5% ABV), making an easily freezable popsicle that came in around 7.25% ABV. I also stirred in a teaspoon of sugar and some chopped mint leaves. Result: a refreshing, wine-like popsicle with very large ice crystals. Very hard, very cold, not particularly nice for chewing. Also not the most alcoholic. A solid first attempt, but I knew I could do better!

For trial number two, I decided to go with beer. Not thinking too hard about it, I poured an oatmeal stout named “dessert” into the freeze pop mold, added some raspberries, and stuck it in the freezer. When I came back one day later, it was much meltier than expected. Turns out the ABV of that beer is 11%. And the taste of that beer, friends, is heaven on a plastic popsicle stick! 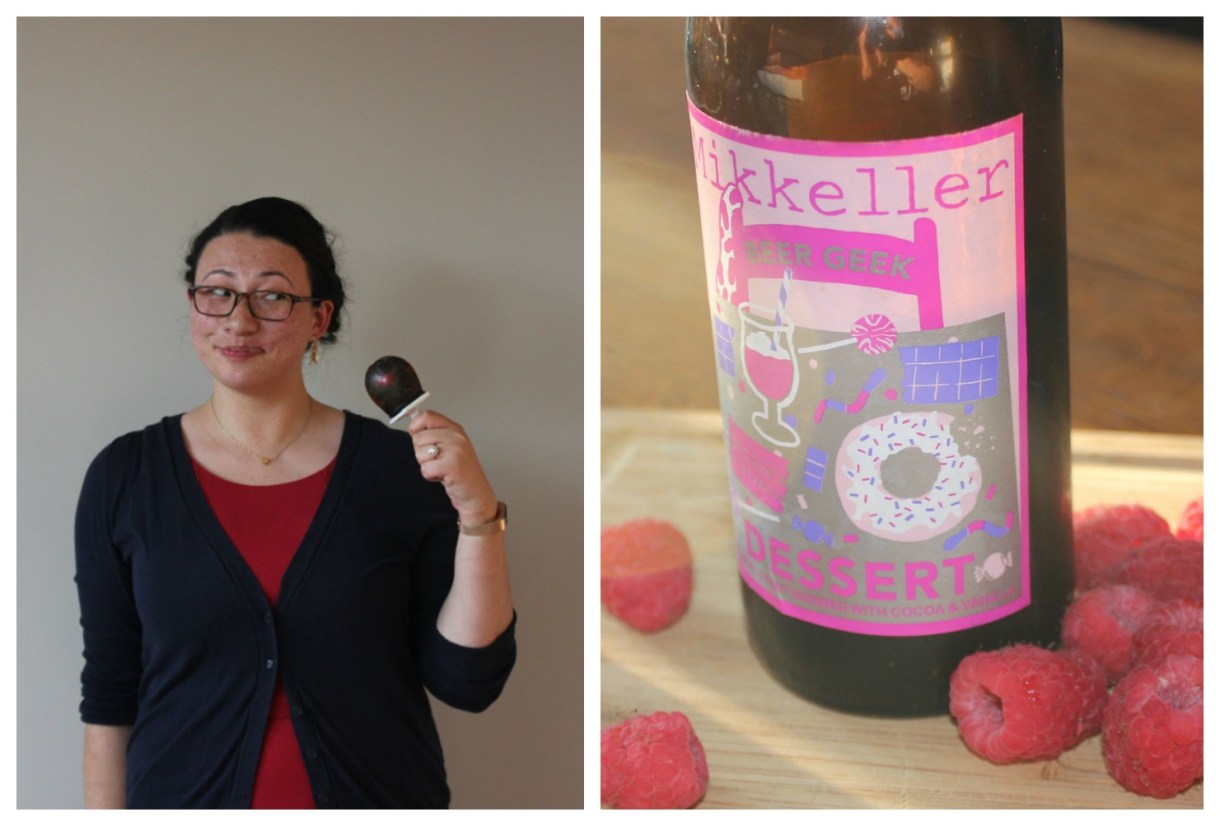 Texture wise, there was still room for improvement. The beer was great (you could bite into it and it felt like a pretty normal popsicle), but the raspberries inside were solid little ice cubes. Delicious, but jarring! Further research into the matter yielded the following key facts:

What this means is that there’s nothing special about 8% ABV. So long as your freezer is colder than the melting point of your liquid, it will freeze. It just might take a long time if the ABV is high, and when you take it out of the freezer, it’s going to melt more quickly, potentially requiring you to shotgun your alcoholic popsicle. Challenge accepted.

I went for wine next: a 13.5% ABV chardonnay, plus blackberries. I stuck a wireless digital thermometer in the back of my freezer and measured the temperature range: -2ºF to 4ºF over the course of a normal week. Not bad; and with a little patience, it’s definitely cold enough to freeze my wine. 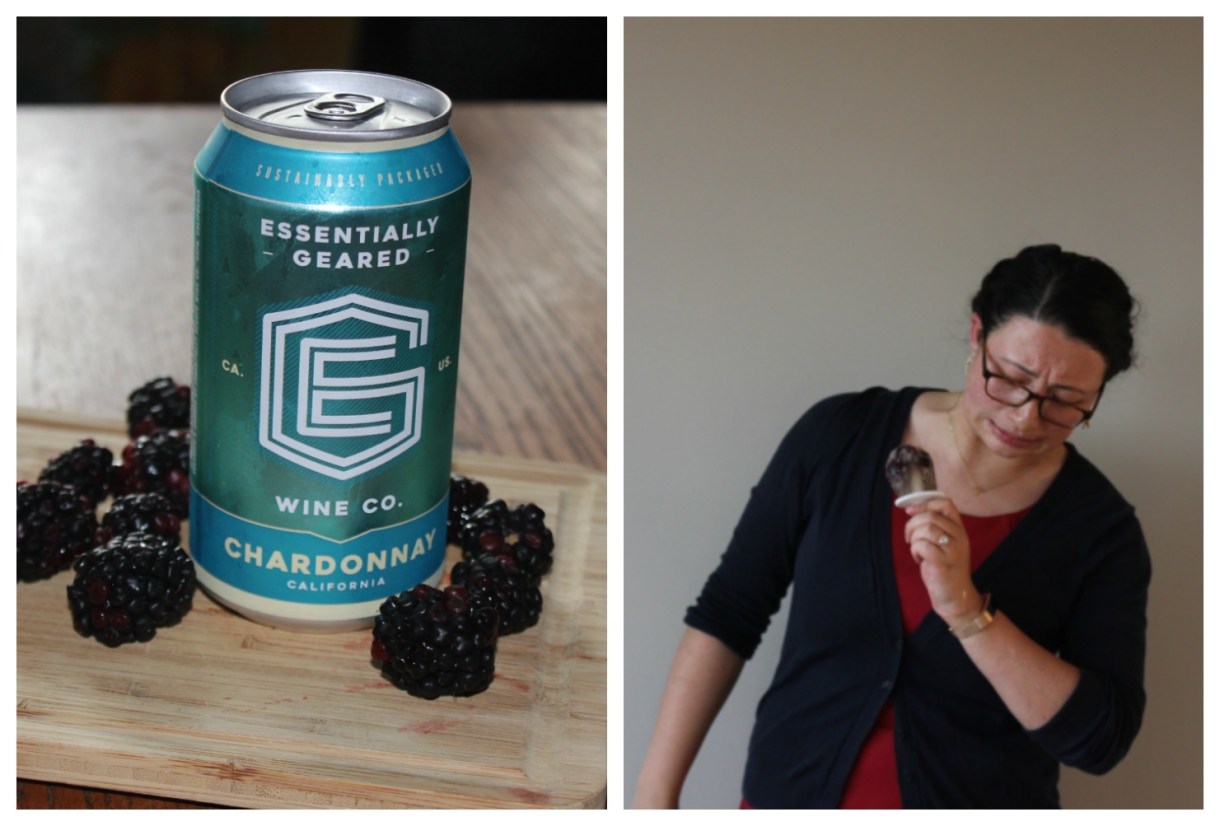 Popsicle 3: a 13.5% ABV chardonnay and blackberries.

Here’s some more science for you!

To cut down on the “ice cube” texture, I chopped my berries into smaller pieces and coated them in sugar. My popsicle turned out splendidly. 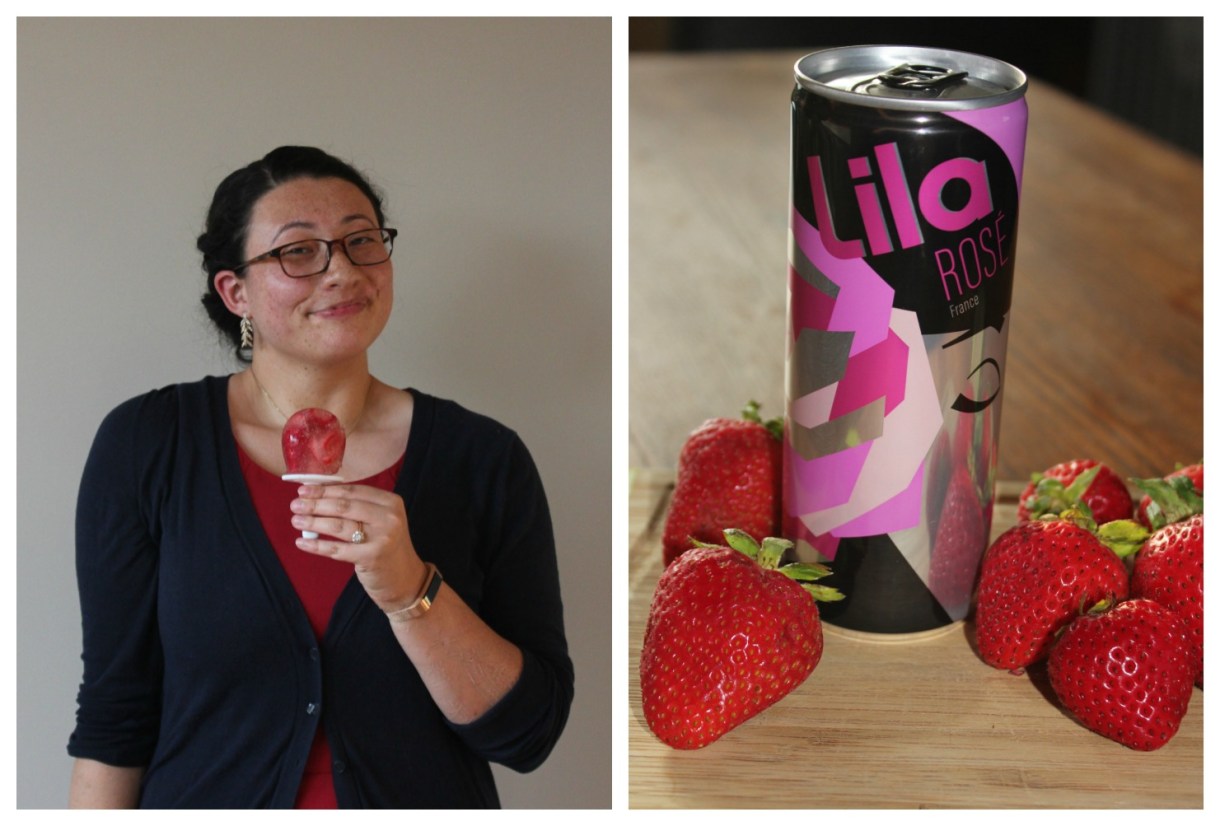 I didn’t actually get to try this out yet, but honey is another sweet option to lower the melting point. The sugar in honey is mostly fructose and glucose, two “small sugars” that lower the freezing point and prevent iciness even better than a larger sugar like sucrose. Light corn syrup is another option, preferred by Cook’s Science for decreasing ice crystal size and raising the melting point for ice cream. For something that doesn’t add sweetness at all, gelatin or carrageen are two other options. Those two also thicken things up and reportedly lessen the overall meltiness.

What popsicle combinations are you going to try?

Join A+
Related:alcoholnotes from a queer engineer