Tucked between the Native American and Antebellum South collections in the Tennessee State Museum is a section dedicated to The Frontier. Ah, The Frontier, an era that as far as I can tell existed as one of the few moments in white human history where the main undertaking was simply “not dying”. It’s a sentiment echoed by the legion of folk remedies and “old wives’ tales” born out of this time. There’s even an homage to these remedies on a wall in The Frontier exhibit with tinctures, questionable pliers and knives, and enlarged excerpts from the medical books and journals encased in glass.

One excerpt in particular caught my eye. It was for consumption and read: “Every morning cut up a little turf of fresh earth, and lying down, breathe into the hole for a quarter of an hour.”

Full disclosure, one of the reasons I thought this was so funny, besides the entire sentence, is because I thought “consumption” stood for the “gotta eats”. Am I right ladies! I found out later consumption stood for tuberculosis. Still, a great mental image. People just calmly rising from bed, walking outside, digging a hole, and then laying down face down into that hole as naturally as if they were pouring themselves a cup of coffee.

Considering tuberculosis thrived in damp conditions, breathing into an enclosed space underground seems questionable logic at best. That this was one of the sanest remedies from the Frontier they wanted to showcase – along with another one about tying sliced onions to your head as a cure for baldness – made me want to research further. Based on what I found, Frontier remedies seem so anchored in other-worldly interpretations of science that I’m convinced everyone from that time was a witch.

Never one to turn down a holistic approach to my health, I set out to test some of the Frontier’s greatest hits. 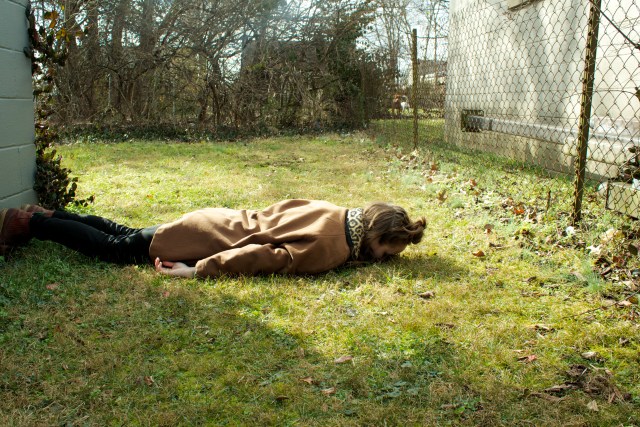 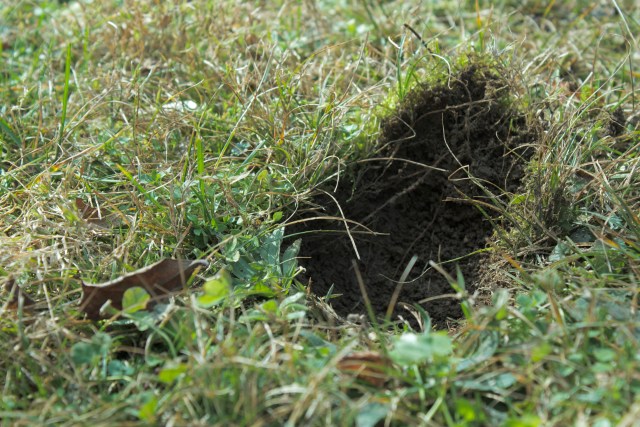 Seeing that I couldn’t get my hands on some of that sweet TB, I tested for my original assessment of the word. I’ll be honest, I recommend this! Very zen. And while this did provide for a safe space to think about life, specifically what I’m doing with mine, this did nothing for my appetite. Still hungry all the time.

(I don’t know how relatable this is, but there’s an episode of America’s Next Top Model from Cycle 5 where the contestants shot a mock commercial for Secret deodorant and were given creative liberty with the open-ended tagline, “What’s my secret?” so as to create this who’s-that-girl-and-how-does-she-do it vibe. Every single contestant walked the line between coy and huge liar. One responded, “eating ice cream in bed,” as if that’s remotely unflattering. Anyway, whenever some asks what my secret is just know I’m referring them to the picture above.)

“When you wake up in the morning, take a quarter of a lemon and rub the juicy side on each armpit.” 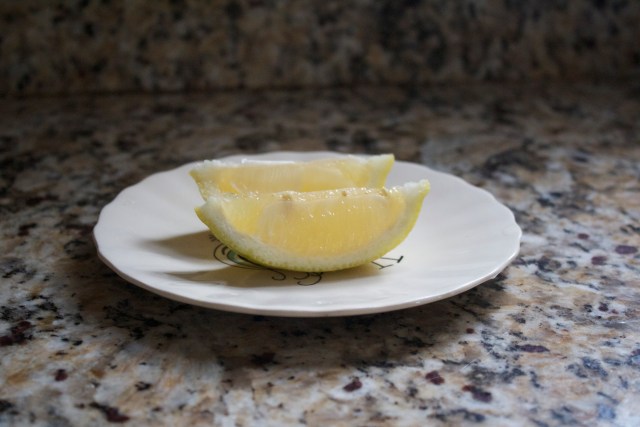 This once feels sarcastic considering the terrible things you’ve certainly done to your body in order to deserve a hangover. Just a swipe of a lemon! Ahaha, I love my beautiful life! This sounds like something Gwyneth Paltrow would “swear by” from the comfort of her IV hydration chair knowing full well this is absolute garbage advice.

Thanks to one night’s inspiring combination of beer, tequila and wine, I was able to test this lemon remedy. As expected, it did nothing except make me even more uncomfortable than I already was.

“For a headache pick up a knife and make a cross in front of you with it. Then throw the knife on the floor.”

Ahhhh! Why? I suspect this has more effect if you throw the knife blade down so it sticks into the floor, but I rent. Since the lemons didn’t work, I gave this violent blessing a try. Doing this over and over did make me laugh, but that sort of just amped up the throbbing I was already feeling in my head.

“Tie potatoes to your head to draw out a headaches.” 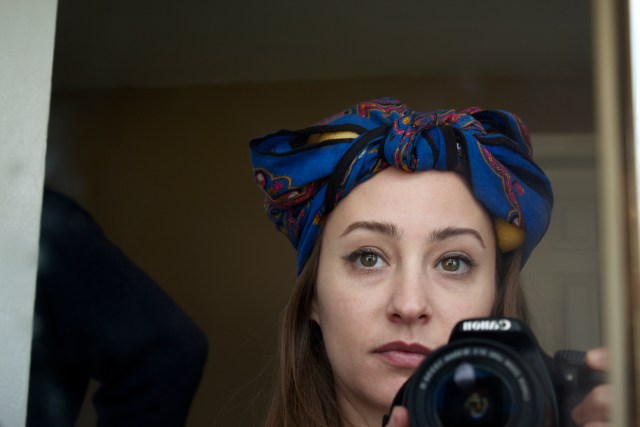 At first glance this potato remedy leaves a lot to the imagination. Cut how? Arranged in what way? Tied with what? I improvised with unpeeled potatoes cut at the midsection and shoved them into a bandana flat side down, paying special attention to the temples. I don’t know if it was the coolness of the inside of the potatoes on my scalp or the tautness of the wrap, but within 15 minutes this started to work!

“Find a rock that is partly covered with dirt. Remove the rock from its resting place and spit on the bottom or covered side. Replace the rock in the same hole exactly as you found it.” 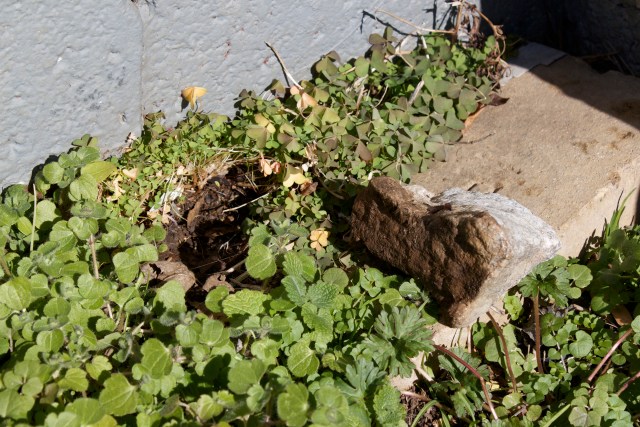 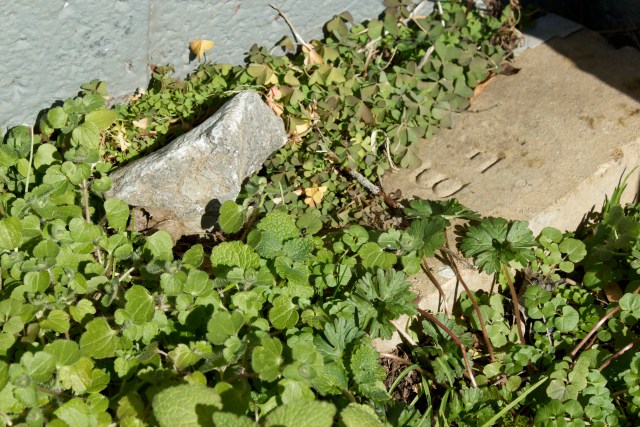 All this witch talk summoned the moon’s monthly sacrifice. Rather than grabbing some aspirin I tried this rock remedy. Bad move! I honestly have no idea how anyone functioned before like 1950, so it’s hard to wrap my head around a time when this was a viable piece of advice. “Mom, my insides, they feel terrible.” “Sweetie, the rocks!”

“Cut some hair off from behind the right ear in the light of the moon. Then throw it over your right shoulder.” 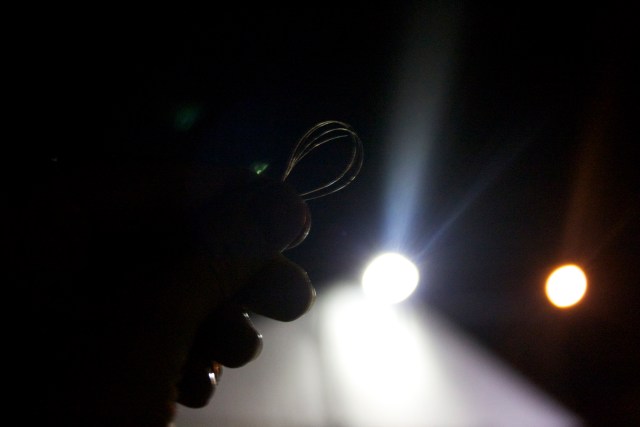 I’m reading between the lines here and assuming this remedy relies on the fact that you’ll be going to bed soon. Nice try, white ancestors, going to sleep so you can fast forward through something unpleasant is my move! Sometimes I go to sleep because I don’t know what to eat for dinner, so, yeah, I think I have this one covered.

The moon wasn’t out that night so the glow from a garage light had to do. No immediate effects noted.

“Thanking the giver of a plant would cause it to die.” 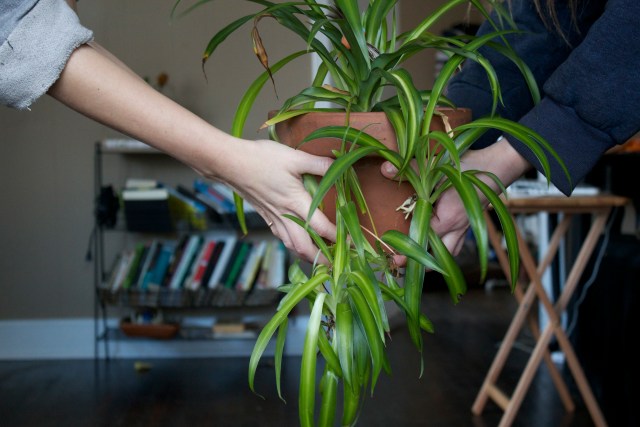 I had my girlfriend “give” me this spider plant that has been doing unusually well for a plant in my care (I say that as there are clearly dead leaves in this picture), and to ensure its continued growth not only did I refuse to thank her, I also insulted the plant aloud. I’ll tell you this much: it’s not dead!

“Eat three almonds a day and you will not die from cancer.” 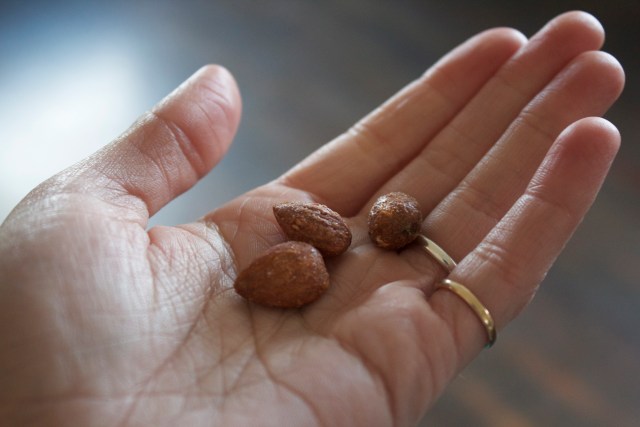 Oh for the love of christ how has everyone always been so obsessed with almonds. It’s too much about the almonds! Oh, and just three? What happens at two or four? Also, how many almonds do I require as a person who grew up downwind of a power plant?

There’s no knowing when or how we’ll get cancer, but I’m excited to see what happens with three of these babies a day.

“For chills, take a new broom and sweep across his back in the sign of a cross.” 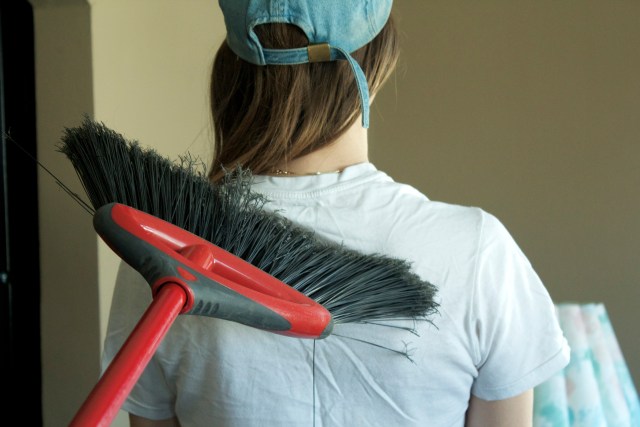 Excuse me, a NEW broom? Not in this economy, buddy. I’m constantly cold so this was an easy one to test. The bristles predictably tickled my back and doubled my chills. Hey, but this did get my shirt dirty!

“To get rid of freckles, get up at five-thirty on Sunday morning and go outside. If there is a lot of dew get your hands wet in the grass.  Rub the dew on your face and turn around nine times, saying, ‘Dew, dew, do, do, take my freckles; wear ‘em on you; dew, dew, thank you.’ Say this nine times while turning around.  Do not wash the dew off and do not wash your face until the next day.” 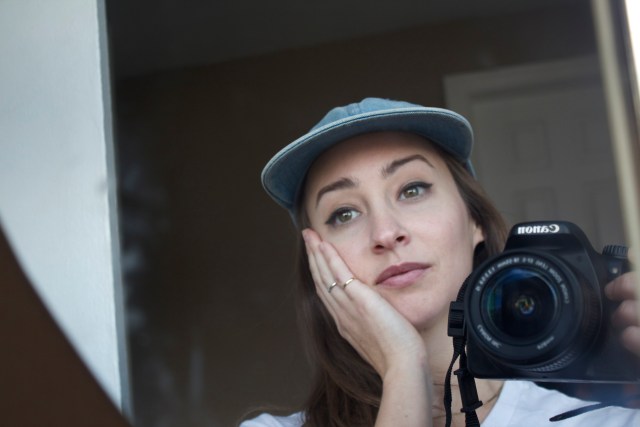 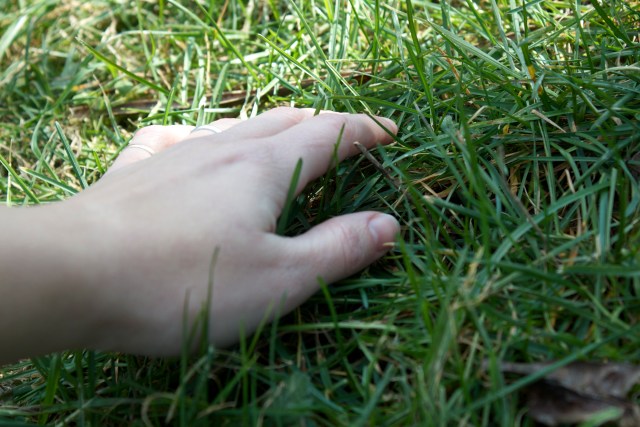 I’m sorry, did Kristen Wiig’s character, DOONEESE, from The Lawrence Welk Show write this? I unfortunately have no freckles, so I did this in reverse in hopes that I would develop them – first caressing my face and then rubbing my hand in dew. Dew, dew, dew, thank you. Nothing yet, but I’m hopeful!