Straight actors keep describing their projects as “very gay,” when they are, in fact, very not. Recently, for example, Natalie Portman did this when talking about Thor: Love and Thunder, a movie that didn’t even give Valkyrie a girlfriend! Maybe straight people don’t know how to answer this question because they don’t understand the scale of gayness? And so I have made a handy visual guide to help straights answer the question: How Gay Is It? Feel free to distribute to all your straight companions. 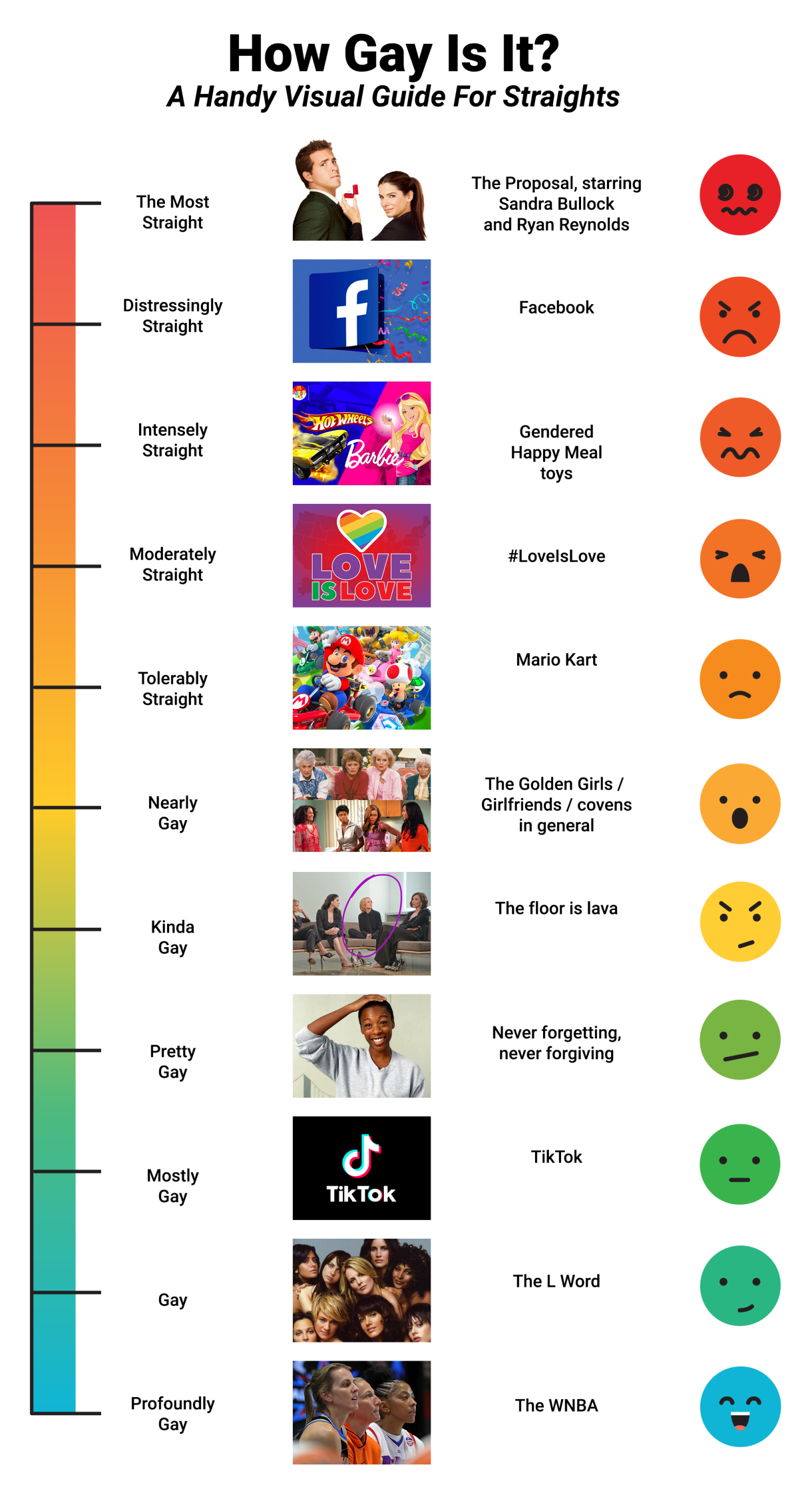