Super Mario Kart on the Super NES was my childhood jam. I could never get into sports or racing games, as they were too intense and I preferred watching my older brother play them anyway. But Mario Kart was cute and bright and controlled perfectly and had a perfect learning curve so that novices and experts alike could find infinite replay value. Its multiplayer was also one of the best.

I always played as Toad or Yoshi, which I didn’t know at the time was because I was gay! Or it turned me gay; it’s not clear which. Some Mario Kart characters are more queer than others, and over the many years and 10+ games we’ve had plenty of opportunity to speculate about their IDs.

Note: I’m not including every character here. I’ve taken out the baby and children characters, for obvious reasons (they’ll grow into their queerness eventually, let’s give them space). I also took out characters that only appeared in one game, were alternate costumes/colorways of other characters, or about whom I couldn’t find something funny to say. Also, canon is utilized when convenient. Please disagree with me (and tag yourselves!) in the comments! 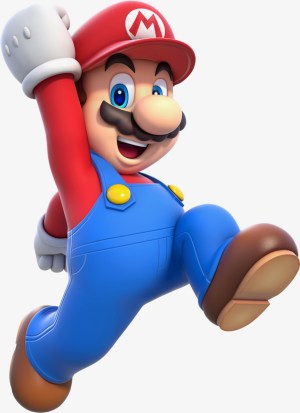 Mario is a cis, straight, white dude. I just remember when Mario teamed up with Bowser, Peach’s consistent kidnapper and abuser, in Super Mario RPG and Peach was like, “WTF?” and Mario just shrugged. He plays golf and soccer and races karts with Bowser like every weekend. Sounds like a straight guy thing to do. 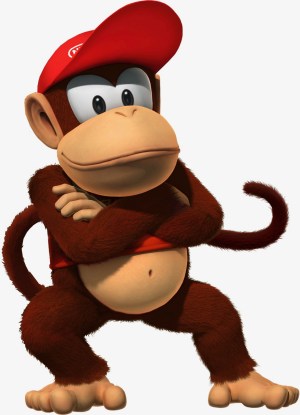 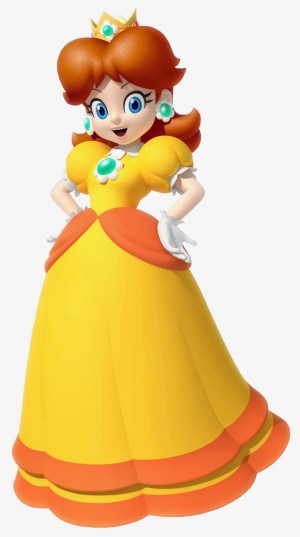 I don’t know much about Daisy; she is pretty but seems like she has no personality, which reminds me of a lot of straight women I know? Her only real plot point is she’s a potential love interest of Luigi’s. OK. 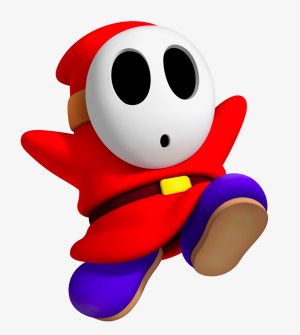 Aww, don’t we all know a shy guy? He grew up in the midwest and never got a chance to be “out and proud” or whatever, so he’s really timid and wears a mask (THE MASK IS A METAPHOR)! 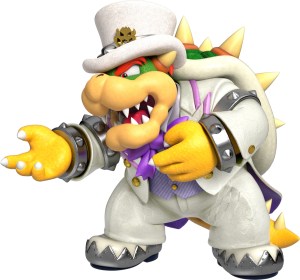 Bowser is a late-in-life elder gay. He kidnaps Peach because he wants a mother for his child (Bowser Jr.) from a previous partner. In later games, especially the RPGs, he has become much more of his flamboyant self and isn’t as macho as he used to be when he was straight-acting. Also Mario outed him in SM 64 with “So long, Gay Bowser!” Which is a dick move. 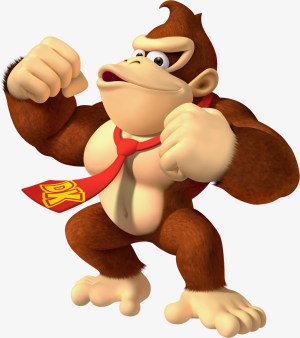 Donkey Kong is also a late-in-life gay with a child from his early days (DK Jr. is actually either his father or his son depending on which timeline you subscribe to… yeah).

Koopa Troopa is a trans guy who joined the military out of high school for lack of gainful employment options in the Mushroom Kingdom but was dishonorably discharged during Don’t Ask, Don’t Tell. :( 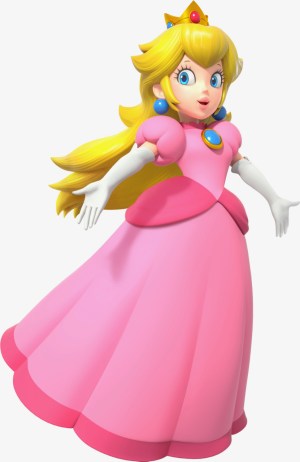 Peach is a high femme pillow princess. In Super Smash bros she slaps her opponents around with her white gloves, a frying pan, or her umbrella, which, yes. She has no qualms about requiring Mario to rescue her over and over and giving him nothing but a kiss on the cheek in return, because she deserves better than his basic ass. 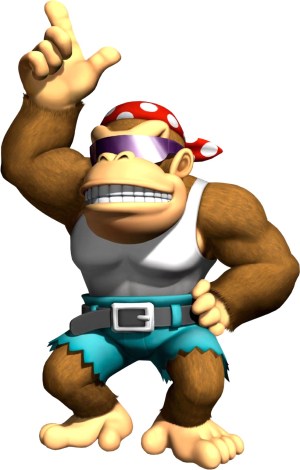 Just look at this guy. He’s clearly the gay cousin of the Kong clan, and is “the best dancer on the island” according to Wikipedia, so. 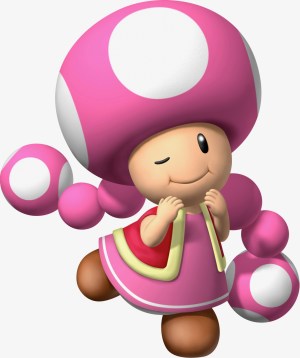 Toadette is actually Toad in drag. Don’t @ me. 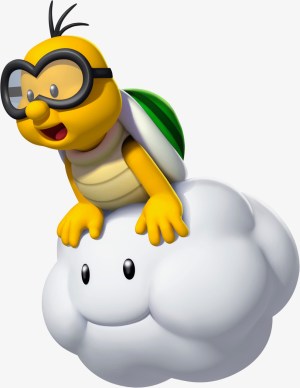 Lakitu is a nerdy but sweet pansexual who hopelessly crushes on straight girls and other cuties from her vantage point behind a stack of books in the library. 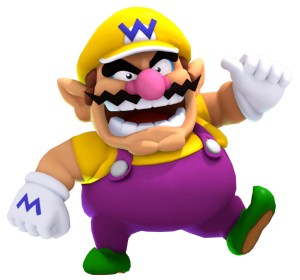 Wario is a messy, sassy, playful polyamorous bottom. Though he works out constantly and is ripped (look at those arms!), he’s a sweetie who loves playing games and pranks and subverting masculine stereotypes. He’s actually really sensitive about being considered the villain all these years, because he’s really a fun guy (and gets a lot of mileage out of that pun, considering it’s the Mushroom Kingdom after all). “Hot stuff, baby!” Is his catchphrase according to the Wikia Mario Villain’s Wiki. Just putting that out there. 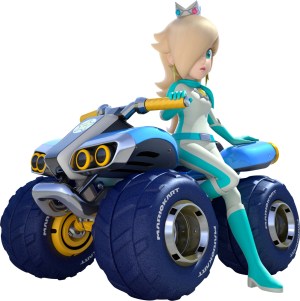 Rosalina is a bisexual hard femme top. She’s tall and cut like an MMA fighter. Look at her white and seafoam leather motorcycle getup. She’s a pro domme. I could easily see her being in the front of the pack for Dykes on Bikes. 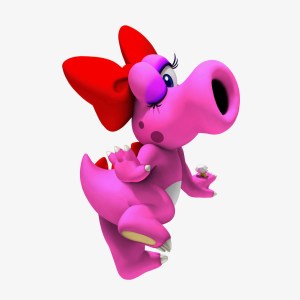 Birdo is a trans woman, and not just in my head but legitimately in the Mario CANON. She is arguably the first trans video game character of all time, and as such is a TRUE TRANS ICON. 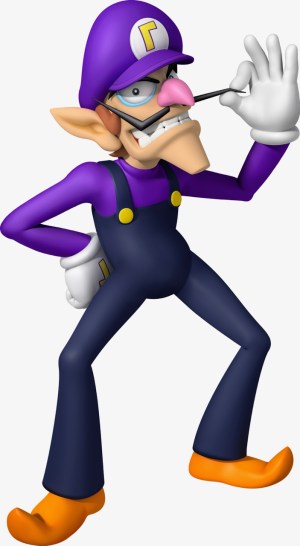 Waluigi is an ace andro nonbinary person who presents slightly masculine of center. They’re totally comfortable not being in the spotlight and are happy to just be included! Wahhhh! 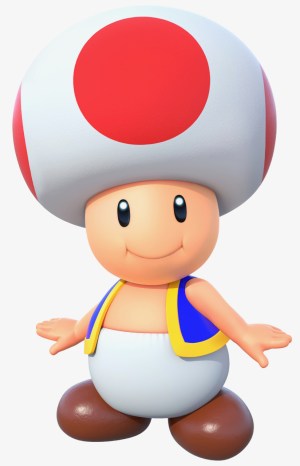 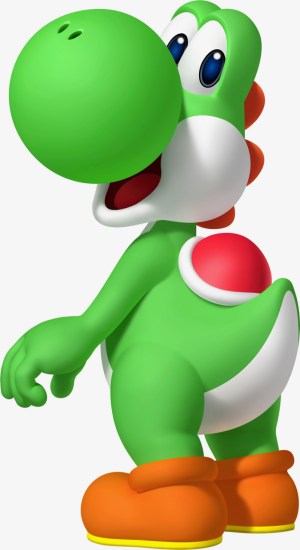 Yoshi is a tender non-binary lesbian. They’re always there for their friends even though they get much less fanfare and are constantly used and then discarded by the more mainstream bunch. 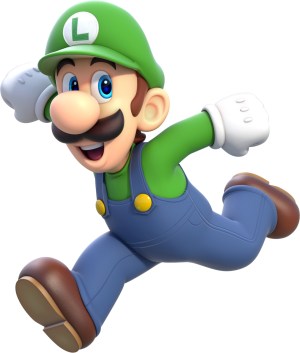 Luigi is a sweet trans demisexual switch. Luigi jumps higher than their brother but Mario’s the one famous for jumping, which, I know that feel, Lu. I’m a sweetie but would be salty at my mistreatment and have a death stare once in a while too. 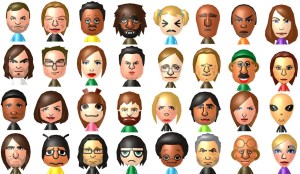 The queerest one is you, the player! You are beautiful and important and super gay. I see you.