This week in news to hide your face in your hands about, one of Hong Kong’s richest businessmen has publicly offered to give $65 million to any man with the power to win the heart of his lady-loving daughter.

Gigi Chao, the 33-year-old daughter of business tycoon Cecil Chao Sze-tsung, married her girlfriend of seven years in Paris earlier this year. But her father claims that reports of the marriage are “false,” and has offered the sizable bounty in response to the news. Though denying he would actually force his daughter to marry a man, Mr. Chao has put a price on his own heterosexism — and what a price it is! 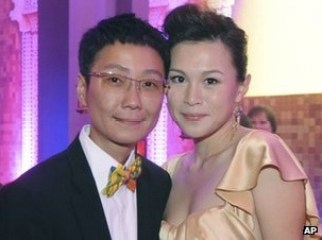 Hiding behind the age old I just want my precious daughter to be happy parenting trope, Mr. Chao told the South China Morning Post, “I don’t mind whether he is rich or poor. The important thing is that he is generous and kind-hearted.” Oh, and that he’s a he. As added incentive, he said, “Gigi is a very good woman with both talents and looks. She is devoted to her parents, is generous and does volunteer work.”

Despite the fact that her father is trying bribe men into wooing her away from her (hot) wife, Chao has been speaking highly of her father, telling the Associated Press, “I’m actually on very, very loving terms with my father. We speak on a daily basis. He just has a very interesting way of expressing his fatherly love.” I guess she really is “generous and kind-hearted.”

And what’s more, Chao seems to really, truly get where her father is coming from: “It’s not that he can’t accept me,” she said. “It’s that he can’t accept how society would view me and the status that it would incur. Marriage is still a form of social status. I do understand him. I understand why he’s doing this.” Since the marriage bounty offer, she has received upwards of 1,500 marriage proposals and nude photos of hopeful singles. I wonder how her wife feels about that.

Though she speaks highly of her father, Mr. Chao doesn’t seem to exactly have the same heart of gold that she does. Marriage bounty aside, he’s infamous in Hong Kong for once boasting that he has slept with over 10,000 women (not to slut-shame or anything). And ironically, up until now he has shunned traditional marriage. Isn’t interesting how some people base political views on convenience? 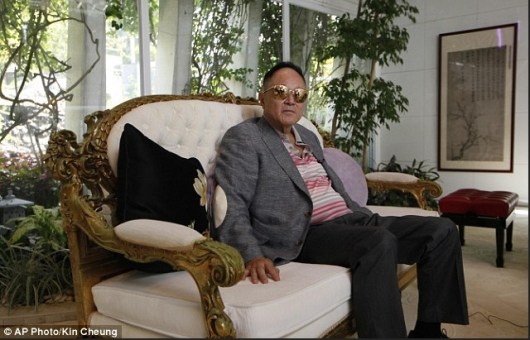 Before shacking up with her wife, Chao had dated both men and women, and though she was very open with her family about her relationships, she reported that her mother literally banged her head against a wall when learning of her adolescent relationship with another girl. And Chao has said that Hong Kong in general is not very accepting of the queer community, though visibility has increased in recent years. I have a lot of respect for Chao, because if I were her, I would be totally furious (maybe that’s the difference between 23 and 33?). The important thing is that Chao doesn’t seem to be letting anyone put a price on her love – which is good, because it would be a tragedy to lose something that seems as good as this relationship. 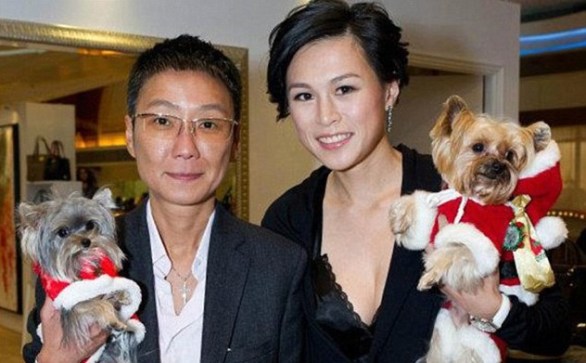