The first-ever GLBT history museum in the US is opening in San Francisco on January 13, 2011. While it does kind of beg the question “Why hasn’t there been a GLBT history museum before this?” it does seem fitting that it should open in the heart of the Castro. This project is the brainchild of the GLBT Historical Society, who are contributing what they’ve amassed as an archive and research center since their founding in 1985.

“A quarter century after the founding of the GLBT Historical Society, we’re proud to open a museum to showcase our community’s history,” said Paul Boneberg, executive director of the Historical Society. “The GLBT History Museum is in the heart of the Castro, a neighborhood visited not only by locals, but also by tens of thousands of tourists every year who come in search of queer culture. At our museum, they’ll discover treasures from our archives that reflect fascinating stories spanning nearly a century of GLBT life. We have gone all out to create a museum as rich, diverse and surprising as the GLBT community itself. Whether they are gay, lesbian, bisexual, transgender or straight, visitors are sure to be moved, enlightened and entertained.” 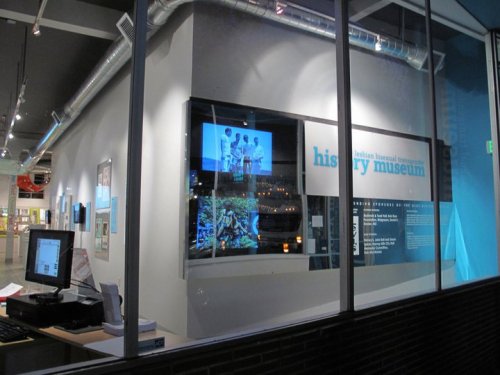 The first two exhibitions will be “Our Vast Queer Past: Celebrating GLBT History,” and “Great Collections of the GLBT Historical Society Archives.” And even better than that is knowing that there will be more exhibitions after that, as many as we need to chronicle our history and the history we’re still making.

In a story that’s alternately shocking and delighting the Internet, two lesbian priests of the Episcopal Church were married to each other in Massachusetts. Rev. Kathy Ragsdale and Rev. Canon Mally Ewing were married in Boston, with the state’s highest-ranking Episcopal official presiding over the ceremony. “We wanted to be married for pretty much the usual reasons: we love each other; we believe in each other; we believe we can be better together than we are alone; we want to commit to one another, to care for one another (for better, for worse; for richer, for poorer; in sickness and in health), and to grow old together.”

Although the Texas Attorney General wanted to disallow this lesbian couple’s divorce because his state doesn’t recognize gay marriage, he won’t be allowed to intervene and their divorce is legal.

According to some polls, 1 in 3 gays voted Republican in the last election. Does that mean we’re completely masochistic, or that we have a chance to change the values and direction of the GOP? “In the fight for equality, we need both parties to win. Without diversity we become caught in a simplistic “us versus them” struggle. LGBTs should stop running to anything blue simply because it isn’t red; rather, why not give today’s homely GOP the makeover it needs? If you see a problem, be prepared to fix it or don’t bother complaining. ”

There are reports that Kristen Stewart and Robert Pattinson, though never confirmed as a couple, have split up. Now’s your chance to tell her about that tumblr you run; I bet she’ll be really impressed.

Remember Lady Gaga’s collaboration with Polaroid? If you were afraid she wasn’t going to do something crazy and bizarre and possibly a little scary with it, you were wrong. Her new product is a pair of futuristic digital sunglasses – they feature images and media played on their surface, like a million sci fi movies have done before, but instead of being played on the inside of the lens for the wearer to see they’re displayed on the outside, for the wearer to broadcast to others.

“There are two other things technologists and futurists often overlook when thinking about the future of human vision: that people look into each other’s eyes when they talk to each other, and that eyes say a lot, powerfully and subtly, on their own. Winking, rolling, smizing, crying, squinting, for starters. Gaga’s glasses take direct advantage of the way we lock gazes when we converse in person, but they kind of throw a nuke down on the subtly of eye based body language… Think of it as flickr or a facebook photo album for your face. Loaded with hamburgers if someone’s hungry, hearts if they’re in love, videos of thunderclouds rolling slowly in if someone is pissed off. The screens could output colors to match clothing or moods. Anything is possible.”

Opting for fanfare instead of subtlety? Gaga? Couldn’t be. 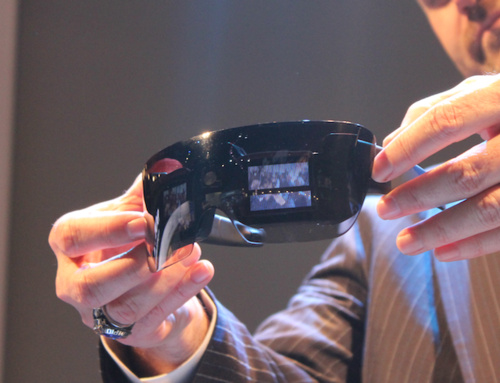 I was hoping this article would address the problem of getting dressed while still drunk, because those are some rough mornings. It’s not exactly like that, and seems more geared towards picking out outfits that you are less likely to ruin while drunk, but I feel this guide on The Art Of Getting Dressed While Drunk will be relevant to your interests.

I’m sorry, but we need to take a break from our regularly scheduled programming because this is awesome. Mario Batali, aka Iron Chef Italian, is starring in a horror movie about food and foodies called “The Bitter Feast.” It’s going straight to DVD, and it’s going to be awesome:

James LeGros (“Zodiac”) is Peter Gray, a TV chef who spends way too much airtime lecturing his audience about which local farms his ingredients come from or how he hunts and slaughters his own venison. J.T. Franks (Joshua Leonard) is a popular food blogger for a site called Gastropunks.com who gets his writing style from the Iron Sheik, a bad guy wrestler who ‘kept Sgt. Slaughter in check.’ When Franks leaks that Gray’s show is about to be cancelled, Gray is also fired from his restaurant and loses a deal for his own line of cookware. Faster than you can say ‘Misery,’ Gray kidnaps the petulant reviewer and chains him up in the basement of the chef’s remote second home in the woods.