In this day and age, in this, the darkest timeline, time seems to move… differently than it used to. Days feel longer, years feel endless, there are three apocalypses (apocalypsi?) in a week then you realize it’s only Tuesday. So yesterday when the Emmy nominations were announced, and Tatiana Maslany was nominated for last summer’s final season of Orphan Black, I was genuinely surprised. Not only because genre shows (and multi-cam comedies APPARENTLY) rarely get their due (#JusticeforScrofano) at awards shows, but also because the series finale of Orphan Black felt like it aired three lifetimes ago — instead of 11 months ago!

All this to say, one of the many reasons I know Wynonna Earp is special is because despite having a longer-than-some hiatus due to it being a 12-episode season in the summer with no breaks, the show is somehow always on the tips of everyone’s tongues. Especially this year, as bigger news outlets have started picking up on the Season Three buzz, it seemed that every other week some new story or casting news or panel was coming out from the actors and creators, and all that ramped up to what seems like hourly content — or, more accurately, hourly teasing from showrunner Emily Andras adding up to content. We’ve seen trailers and teasers dropping left and right, and today a very special announcement. But we’ll get to that in the second.

First I want to take a moment with those of you who are reading this and haven’t watched the show yet. I’m going to give you my elevator pitch and then direct you to Netflix, where you can watch Seasons One and Two — before Season Three starts if you’re dedicated.

Wynonna Earp is a show about a 20-something woman with some emotional baggage and a curse to bear. She’s the heir to a demon-hunting gun and has a penchant for whiskey and she’s on a mission to kill all of the Revenants (the regenerating demons made from the bodies and sometimes even souls of anyone killed by the legendary Wyatt Earp, Wynonna’s great-great-grandfather) that lurk around the Ghost River Triangle. Wynonna is joined on her mission by her bisexual baby sister, Waverly; Nicole Haught, hot cop and Waverly’s girlfriend; the legendary Doc Holliday; Agent Dolls, the sexy head of a secret organization that recruits Wynonna; Jeremy the gay geek and Doc fanboy; and a whole rove of friends and enemies that come and go.

The show is about figuring out who you are and your role in this world, even when external forces are trying to thrust their own opinions about you and your life onto you. It’s about Wynonna’s relationships — not re: dating, though that’s certainly part of it — with her family, blood and chosen. At the heart of it is Wynonna and Waverly’s relationship, their sisterly bond remaining the emotional thread through every storyline; it’s never broken no matter what else is going on. Plus, the show is funny as hell. It’s brilliantly written and stunningly acted and watching each episode once just isn’t enough to catch it all. Also the music is PERFECT. Did I mention it was gay? (And will continue to be gay.) 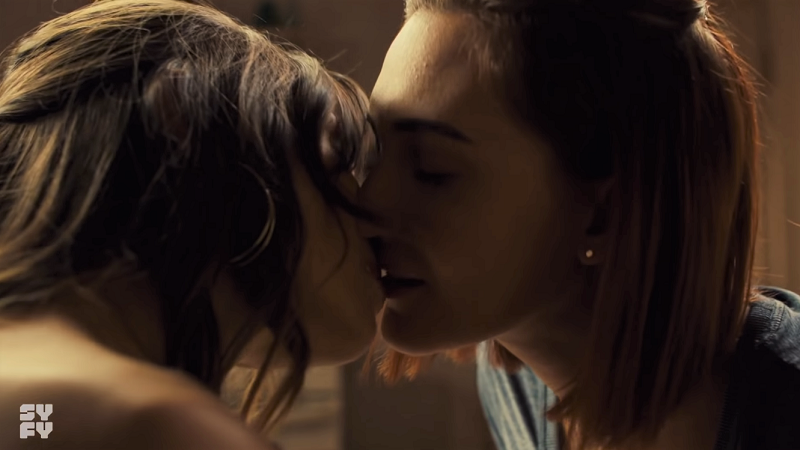 She bangs, she bangs! (She HAS bangs, get your head out of the gutter.)

Here’s what I can tell you about the premiere because I’ve seen it: It’s everything you love about this show and more. It felt like going back to camp after a school year away, seeing all your friends again and somehow everyone looks cuter even though they were already pretty darn cute to begin with. One quip and one good laugh and suddenly it’s like no time has passed at all. But there are new adventures to be had and camp is in a new place now and so while you’re feeling comfortable with the people you know there are new things to explore, new demons to fight. (Hm. I’m mixing my metaphors a bit but you know what I mean.)

Other things we know about this season based on trailers and teasers include but are not limited to:

There will be a mechanical bull!

This season will be gay af! 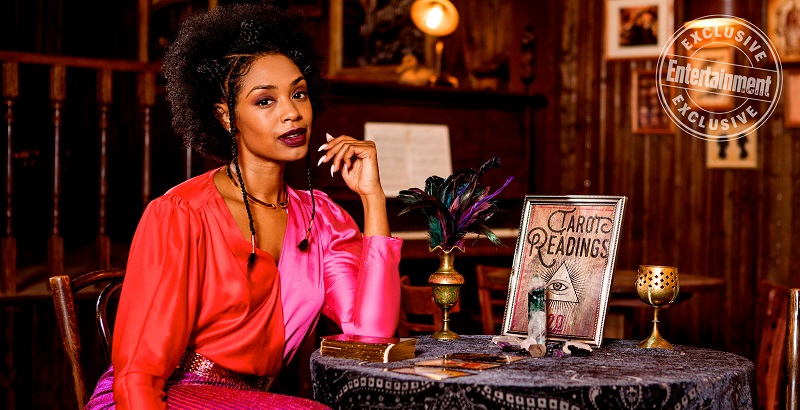 I don’t need tarot cards to know I’ll like her.

Also apparently a good guy? (Though we thought that about a certain someone in Season Two…) 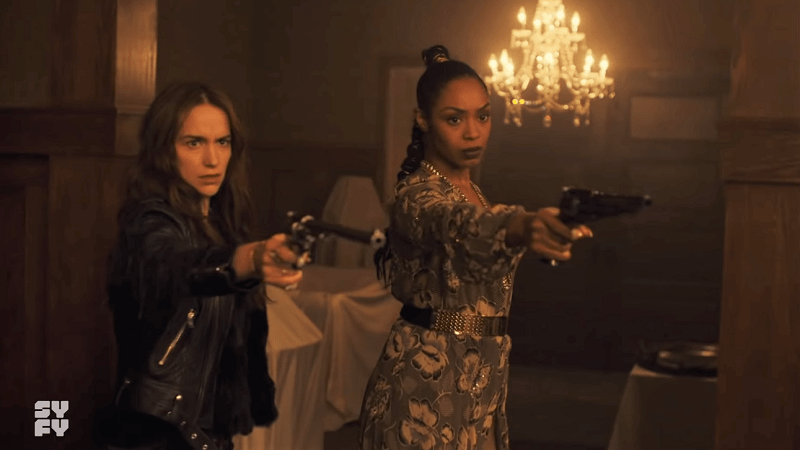 TIME JUMP! (about 4 months have passed since S2)

And I have a feeling that’s all just the tip of the iceberg.

Oh and PS everything you know is wrong. I can tell you from personal experience that at least two theories I spent the hiatus coddling and feeding were proven wrong in just the first episode. I love when a show is smarter than me, and holy crumpets is this show smart. And sexy. So sexy. 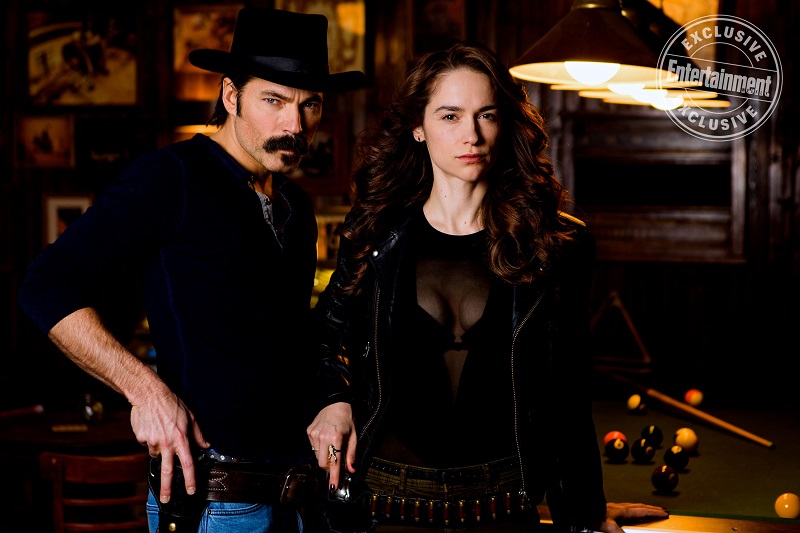 As these two will tell you, the only thing better than dynamite is boobs.

Episode 301, “Blood Red and Going Down,” will have a special preview airing in the US on SyFy on Monday, July 16th at 11PM EST, and the official premiere will be Friday the 20th in its new regular time slot, 9PM EST. The folks at Wynonna Earp are nothing but generous to their fans, often crediting them for the Season Three renewal, because while it may have had lower ratings than some of its Syfy peers, Earpers show UP on social media. Further proof of this came in the form of today’s announcement that text message conversations between the characters of the Earpverse will be released on a storytelling app called Yarn. A few are already up, and a new one will be dropping every day until the official premiere on Friday. This is not unprecedented; last season, a companion site to the show launched that followed one of Nicole Haught’s cases with the Purgatory Police Department.

And it’s almost time for another block party. I’ll see you here Tuesday for my 301 recap, and then every Saturday after that until we run out of episodes!