Diet Coke has recently revved up the rotation for its mesmerizing commercial, featuring The Temper Trap‘s “Sweet Disposition.” Normally, I ignore all things Diet-related (I’m one of those people that would rather drink no soda at all than putrid Diet), but this one had me yearning for a more fabulous life. Beautiful people! Public art! Pediatric nurses! Red carpet premieres! The commercial debuted during this year’s Academy Awards, so the Hollywood imagery makes sense. And the slogan?

1. You are already extraordinary.

2. Diet Coke doesn’t want you to change; you are perfect, and it loves the way you are.

Am I too flattered by Diet Coke? (Yes, probably.) But just go ahead and watch it for yourself:

+
The song, “Sweet Disposition” by The Temper Trap, ain’t too shabby either. You might recall hearing it in (500) Days of Summer, the refreshingly real love story story about love starring Joseph Gordon Levitt and Zooey Deschanel. The Temper Trap is a four-piece now hailing from London, but they’re originally from Melbourne, Australia. They released Conditions, their full-length debut, in 2009, and toured extensively in support of the album. The promotion paid off. The band is no stranger to lending its music to television — Temper Trap’s music was also used in a Chrysler commercial and in shows like Chuck and 90210.  The often falsetto voice is courtesy of lead singer Dougy Mandagi, one of the few Indonesian frontmen in mainstream rock today. And Lorenzo Sillitto provides the clean, anthemic U2-inspired guitar. 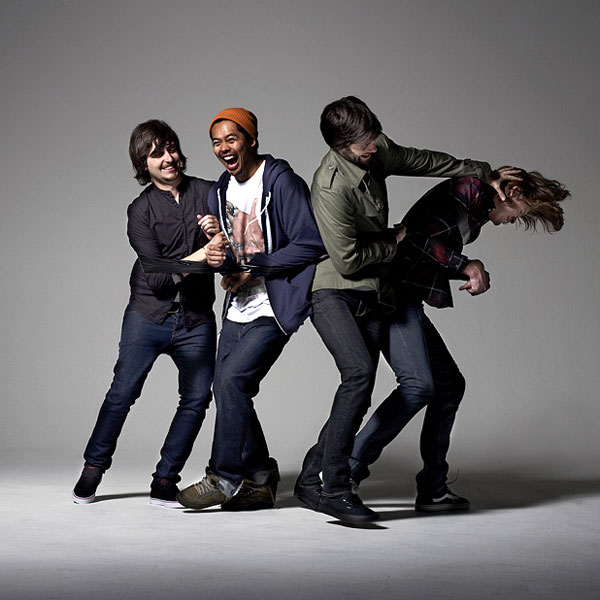 What do you think of The Temper Trap? Who’s craving a Diet Coke right now? (Not me.) Let us know in the comments.

Join A+!
Related:advertisingAudiostraddleheard it on tv