Michele Bachmann is someone who has made a career out of courting controversy. From her opposition to the census to her insistence that “carbon dioxide is not a harmful gas,” sometimes it feels like she’s like a more powerful version of weird conservative older relative who is constantly forwarding you e-mails full of conspiracy theories. It’s easy to treat her more outlandish ideas as just a silly political sideshow until you think about how she got thisclose to actually having a shot at her Party’s nomination. (Remember when she won the Ames straw poll?) And that a lot of those crazy beliefs of hers are pretty harmful for women and LGBT people.

Bachmann’s latest wild theory, though, is actually landing her in some political hot water — even with members of her own party. In a move reminiscent of 1950s McCarthyism, Michele Bachmann has insisted that there is “deep penetration” of the U.S. government by the Islamist group Muslim Brotherhood. In an interview with radio host Sandy Rios last month, Bachmann said, “It appears that there are individuals who are associated with the Muslim Brotherhood who have positions, very sensitive positions, in our Department of Justice, our Department of Homeland Security, potentially even in the National Intelligence Agency.” And now, she’s specifically pointed to a specific person in the State Department: Secretary Clinton’s aide and deputy chief of staff, Huma Abedin. Never mind that Abedin is the wife of the very pro-Israel former Rep. Anthony Weiner. Supposedly, her deceased father founded an NGO, “the Muslim World League,” that had some sort of ties to the Brotherhood. As Salon puts it: “So, to connect Abedin to the Muslim Brotherhood, you have to go through her dead father, to the organization he founded, to a man who allegedly supported it, to the organization that man used to lead, to Europe in the 1970s and 1990s, and finally to the Brotherhood.” There’s also the fact that in order to get a job in the State Department in the first place, you have to pass a pretty strict security clearance — one that likely would have turned up these “connections” if there were anything to them. In response to the accusations against Abedin as well as other Muslim government officials targeted by Bachmann and her allies, the Department of Homeland Security has said that the claims are “unfounded,” with Secretary Janet Napolitano stating, “What bothers me, quite frankly, are the allegations that remain against anyone who happens to be Muslim.”

Though there are four other Republican lawmakers standing with Bachmann, many more politicians on both sides have come out to defend Abedin against the attacks. Among Republicans, one of the biggest names speaking out against Bachmann and others’ paranoia has been Sen. John McCain. Yes, that John McCain. He called Bachmann’s attacks on Abedin “sinister” and continued in a Senate floor speech last week:

Rarely do I come to the floor of this institution to discuss particular individuals. But I understand how painful and injurious it is when a person’s character, reputation, and patriotism are attacked without concern for fact or fairness… I know Huma to be an intelligent, upstanding, hard-working, and loyal servant of our country and our government, who has devoted countless days of her life to advancing the ideals of the nation she loves and looking after its most precious interest… Put simply, Huma represents what is best about America: the daughter of immigrants, who has risen to the highest levels of our government on the basis of her substantial personal merit and her abiding commitment to the American ideals that she embodies so fully. I am proud to know Huma, and to call her my friend…. All Americans owe Huma a debt of gratitude for her many years of superior public service. I hope these ugly and unfortunate attacks on her can be immediately brought to an end and put behind us before any further damage is done to a woman, an American, of genuine patriotism and love of country.

And he’s hardly alone. Speaker John Boehner said, “I don’t know Huma, but from everything I do know of her, she has sterling character. And I think accusations like this being thrown around are pretty dangerous.” The chairman of the House Permanent Select Committee on Intelligence (of which Bachmann is a member), Rep. Mike Rogers (R-MI), was reported as “very angry” when he heard about the accusations toward Abedin. Senate candidate and former Rep. Jeff Flake (R-AZ) reportedly tweeted after the speech, “Kudos to @SenJohnMcCain for his statement on the Senate floor yesterday defending Clinton aide. Well said.” And Sen. Scott Brown (R-MA) remarked, “Rep. Bachmann’s accusations… are out-of-line. This kind of rhetoric has no place in our public discourse.”

Perhaps the most damning criticisms of Bachmann within her party came from two Republican women. Former New Jersey governor Christine Todd Whitman made an explicit reference to the attacks on perceived “communists” by Sen. Joe McCarthy and the House Un-American Activities Committee (HUAC) in the 1950s. She wrote in Politico’s “Arena on July 19th:

While we always have to be alert to the tactics of countries who are our enemies, the sort of unfounded attack unleashed by Congresswoman Bachmann and her collegues [sp] brings back painful memories of a low point in our history. Attacking people’s reputations in this way without irrefutable proof is dangerous and just plain wrong. McCarthyism is a good description and to go there for political gain at the expense of integrity is bad for our system of government and our credibility as a nation of laws.

Former Rep. Ginny Brown-Waite (R-FL) wrote: “Michele means well but she sometimes doesn’t let proven facts get in the way of a possibility of having national television coverage. Michele would be better served by having competent staff to check out these accusations before she goes out there sometimes appearing to be a ‘bomb thrower’.”

Even Bachmann’s former presidential campaign manager, Ed Rollins, said in a post on the Fox News website that she has “difficulty with her facts.” He continued with: “This is downright vicious and reaches the late Senator Joe McCarthy level… Shame on you, Michele!” He thought she should apologize to “the millions of hard working, loyal, Muslim Americans for your wild and unsubstantiated charges.” 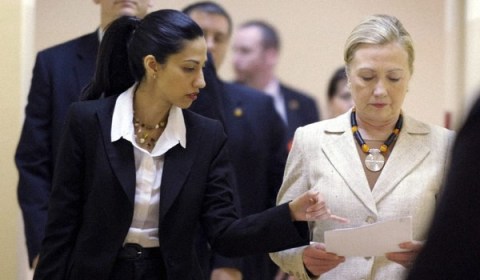 With so much criticism of Bachmann coming from within the GOP (I haven’t even gone into what others have said, such as Jon Stewart’s slam on her and this hilarious article from The New Yorker’s Andy Borowitz), there’s been a lot of speculation about what this means for Bachmann’s political career. Many have questioned whether she’s pulled one crazy stunt too many, and she is going to start suffering consequences for her eagerness to point fingers. Certainly, this would be a great thing for the LGBT community, considering the numerous times she has used us as scapegoats. It would be great for women, too; Bachmann not only supports a lot of anti-woman policies, but also has a history of targeting other women in politics for her own gain.

Yet, we shouldn’t count our chickens before they hatch. After some whispers that Bachmann might be removed from the House Intelligence Committee for her antics, John Boehner dismissed the notion, stating he was keeping her on even though her accusations against Abedin were “pretty dangerous.” When questioned about the possibility of removing her, he even said “I don’t know how that’s related at all.” And it’s not like this would be the first time that Bachmann courted controversy with her “difficulty with facts,” or even the first time that other Republicans spoke out against her.

Charles Malthesian of Politico has an excellent summation of why Bachmann isn’t really doomed: “The traditional laws of political gravity don’t apply to Bachmann, who’s lived her political career on the edge.” He notes how extremist provocateurs like Bachmann are usually the ones to raise the most money, since the people who like them really like them and really feel like they speak to them. And indeed, Bachmann has received a ton of support from the Tea Party for her claims, with some even wanting to recall John McCain for defending Abedin. Rep. Keith Ellison (D-MN) has said about the voters in her district: “Her district knows her. They know her well. We came into this place together. My district knows me, her district knows her. I guess they either like what she’s saying or they don’t dislike it enough to get rid of her. That’s it.”

However, Malthesian says Bachmann usually “cuts it very close in November” and this year she has credible Democratic opposition from businessman Jim Graves. Though he hasn’t spent enough to match her yet, according to Politico, she has been sending out some anxious e-mails to supporters about the spending he has accomplished. So while she’s not a guaranteed goner yet, she does seem to be closer to the edge than usual.
So while it seems we shouldn’t applaud Bachmann’s political demise yet, but if there’s a chance to oust her, it’s now – when she’s pointing fingers at a top State Department official and reminding even her GOP colleagues of the Red Scare days. If anything is going to convince the voters in Bachmann’s district that the time is now to get rid of her, it should be this.