One of the very first things I wrote for Autostraddle was an article about an adorable little girl named Coy Mathis who was growing up in Colorado and who just wanted to be treated like every other girl in her class at school. She wasn’t allowed to use the girl’s bathroom at her school in small town Colorado because she is transgender, and so her family was suing to allow her access. Her story was one of a family that was brave and loving and was full of fierce fighters for the happiness of their children. Many people were inspired by their fight and by Coy’s courage and happiness.

The new documentary Growing Up Coy is a celebration of all of that. It’s also an examination of what it’s like to grow up as a young trans girl in a country that is constantly creating laws that target you. It shows Coy Mathis as the everyday girl she is, with a normal family trying to live a normal life when the public school system and media won’t let them.

Largely, this documentary serves as a way to humanize trans people, and especially trans girls. It shows that Coy is a normal six year old, her siblings are normal siblings, her parents fight like normal parents. This documentary also touches on how it’s not easy for all parents and families to fully accept and support their trans kids. Even parents who love their kids still sometimes have a hard time with all the new information and changes. When advocates talk about how to help trans people, one of the big arguments is that anti-trans voices don’t see us as people; Growing Up Coy hopes to change that. 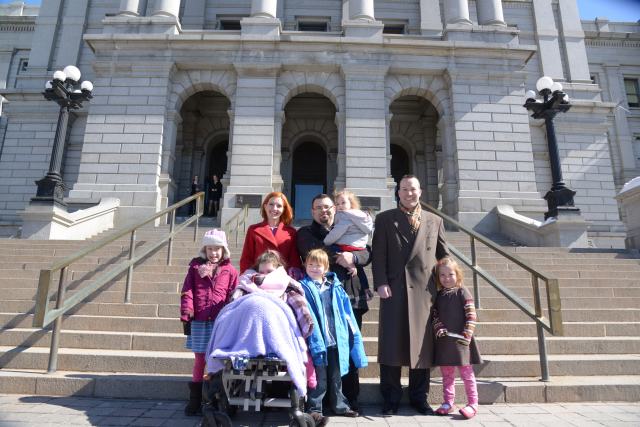 When the documentary read the letter the family received from the school district my heart stopped. They constantly misgender Coy, a six year old girl at the time, and talk about how they’ve been bending over backwards to let Coy “dress up like a girl” at school, so they don’t know why the family is upset. The way they talk about this little girl like she’s just a freak who wants to go into girl’s spaces and bother them is so disturbing and upsetting. It gets even worse when we hear from news anchors and people on the internet who are obsessed with talking about a six year old girl’s private parts. Anyone with a heart who sees this will feel the same way I did and should realize how horrible it is to talk about trans children, or any children, this way.

Growing up Coy also spends a lot of time on the court case, and how it played out in the press. It shows how hard it was for the family, especially for Coy herself. She was just six years old when she was going through all this, and she was put right into the spotlight because she wasn’t allowed to do something as simple as going to the bathroom. We get to see how all the media attention affects her and her family, and even though she eventually won the right to be treated like a girl, it still caused some lasting damage. Coy Mathis and her family will never be the same. 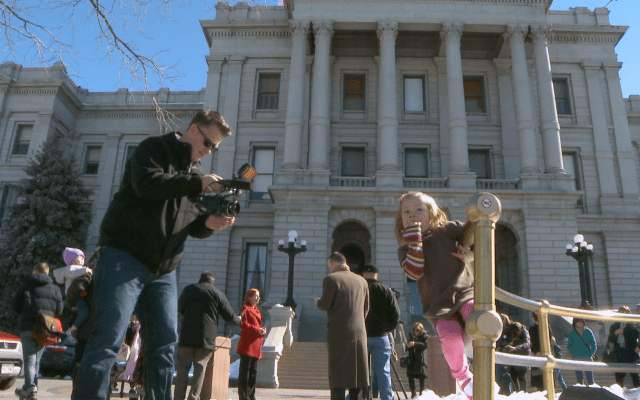 While there was a lot I enjoyed about Growing Up Coy, I also couldn’t help but feel it was more of a documentary for cis people, perhaps people who are debating bathroom access issues or people who have trans family members. There was a lot of talk about Coy “being a boy who turned into a girl” or talking about how “he told us he was a girl,” and because Coy is a child, nearly all the talking was done by cis people. So if you’re a trans person, this battle might be all too familiar to you and you might not get a lot of out of this documentary, but if you’re looking to learn and feel for trans people, Growing Up Coy is a good option.

Growing Up Coy is available to stream internationally on Netflix as of Friday. It was directed/produced by Eric Juhola and produced/edited by Jeremy Stulberg. It’s especially timely right now, seeing as there are more bathroom bills targeting specifically transgender women and girls than ever before. As states like Texas, Virginia, Alabama, Washington, Missouri and South Carolina continue to argue that trans women and girls shouldn’t be allowed in women’s bathrooms, looking back at this documentary will be a great reminder of how hard the fight for trans rights as been and how strong those who fight are.