Coy Mathis was just trying to live a normal, fun, happy life like the other students at her Colorado elementary school. And for the most part, she was. That is, until last December when her school district in Fountain, Colorado told her parents that when she returned to school, she would be forced to use the staff bathroom, nurse’s bathroom, or even the boys bathroom instead of the girl’s bathroom she had been using the entire time she had been going to school there. She was being singled out and punished by the Fountain-Fort Worth School Discrict not because she was causing problems or starting fights in girls bathroom where she belongs, but because she is transgender. Her parents rightly felt that this was a violation of their daughter’s rights and the Colorado’s 2008 antidiscrimation statute, withdrew her from school and took the case to the state’s Civil Rights Division. 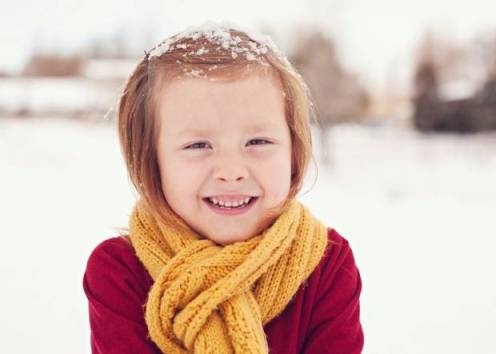 In a victory for Coy, transgender students, and anyone who wants to use the bathroom in peace, a ruling was made saying that the school district was wrong in discriminating against Coy and that she would be allowed to use the bathroom that matches her gender. In the decision, the Civil Rights Division said that in putting up these special rules for Coy, the school created “an environment that is objectively and subjectively hostile, intimidating or offensive.” Steven Chavez, the division director, wrote that forcing her to use the wrong bathroom was equal to forcing her to disregard her identity. They agreed with Coy’s family that the school district’s argument that at birth, Coy was declared male is a simplistic approach that fails to appreciate the complexity of gender. The Transgender Legal Defense and Education Fund, which filed the complaint on the Mathis’ behalf, said that this is the first ruling in the country that affirms trans students’ right to use the correct bathroom and the most comprehensive ruling supporting trans people’s bathroom access.

In deciding that Coy could no longer use the correct bathrooms and instead had to use the boys’ bathroom, her school was doing two things that, unfortunately, happen far too often to trans people: they were bullying her and needlessly sexualizing her. The school was purposefully trying to shine a spotlight on her every time she tried to do something that is extremely personal and private. They were trying to point out to all her classmates that she is not like them. At an age when children are looking to make friends and socialize smoothly into large groups, often for the first time in their lives, Coy would have to stand out like a sore thumb every time she had to perform a perfectly normal part of every day life. Multiple times a day, all her classmates would have a visible reminder that she is not like them and that even the adults think she should be handled with special instructions.

Taking it even further, the school decided to boil down the way that they viewed Coy to her potential sexuality. They were afraid that her anatomy (or what they assume her anatomy looks like, because I doubt that even they would have the audacity to perform an examination) would create uncomfortable situations for the other students. While going to the bathroom may be a sexual experience for some, that is not the case for a six year old girl, and for the school district to insinuate otherwise is offensive and disgusting. But this is a realty many of us trans women face. For some reason, many people are obsessed with our anatomy and think that we have sexual appetites that can only be quenched by using a women’s restroom. But let’s keep in mind that this specific case is about a child. While this attitude is crude and juvenile, it is even worse when people decide to needlessly sexualize a six year old.

It’s scary and uncomfortable when people are seemingly obsessed with how and where you go to the bathroom. It’s even scarier when people are trying to force you to use a men’s bathroom when you’re a woman. Imagining how that fear and unease must be amplified for a little girl makes me physically ill. Forcing a first grade girl to use a boys’ bathroom isn’t only opening her up to bullying and weird looks outside the bathroom, it is more insidiously opening her up to violence and bullying inside the bathroom. Imagine being a scared young girl in a place that already probably makes you feel uncomfortable. Now imagine there are half a dozen boys aged 6-12 in there with you and that they can take one look at you and see you don’t belong. If the school district had it’s way, this is what Coy Mathis would have had to face every time she had to use the bathroom. Normally, it’s the school’s job to protect it’s students from dangerous situations like this. But instead, the school decided to join in with any potential bullies and say that she is different and strange and doesn’t deserve to be treated like a “normal” student.

Thankfully, Colorado gave Coy Mathis, and other children like her, a victory. This victory brought both a smile to my face and caused me to roll my eyes. On one hand, I’m ecstatic for Coy. She gets to return to school and be herself with one less bully to worry about. She, and every other trans student (at least in Colorado) gets to use the correct bathroom.

This is a big win. The Colorado Civil Rights Division said that what a trans person’s birth certificate says isn’t the most important thing, their identity is. It’s setting a precedent for how other schools may treat other transgender students, and may also have a major impact on legal realities for trans* adults. This is the first ruling that holds that transgender students should be allowed to use bathrooms that match their gender, and is the most comprehensive ruling ever on trans* access to appropriate bathrooms, which is a major milestone.

But on the other hand, it’s ridiculous that this issue would even be brought up. Coy Mathis wasn’t trying to force the school to have an LGBT pride week (although that would be an awesome thing for schools to have), she wasn’t trying to force other students to challenge gender norms, she just wanted to be able to perform a normal, private, human function. Hopefully the rest of the nation can catch up to Colorado’s example and let children be who they are and do normal things without having to take abnormal, embarrassing and unnecessary steps.