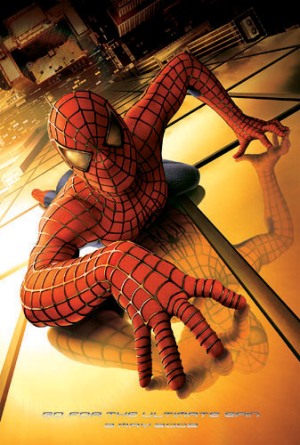 Back to school with Spiderman!

+ GOOGLE VS. CHINA: Following a perhaps government-initiated series of cyberattacks nosing into the business of suspected Chinese human rights activists, Google announces that it may pull out of China.

Of course, China censors the bejesus out of this news. Also, Microsoft fesses up that this whole debacle comes courtesy of an Internet Explorer loophole.

+ SPIDEY SENSE: Looks like Spiderman 4 will get totally bulldozed following the announcement that Sony Entertainment, Sam Raimi and Tobey Maguire are parting ways. The studio indicated that rather than continuing on with the Spidey movies as we know them, the next Spiderman film will be a total reinvention, with the rebooted Peter Parker web-slinging his way through highschool. Yes, that means no Kirsten Dunst, too. Sounds cool to me, actually- though I’d still love to see Venom (and Carnage!) get more screen time!

Does this mean that Mr. Raimi will soon turn to the much-anticipated World of Warcraft movie? Please, please let the WoW movie be in the 3D. Avatar made a believer out of me.

+ IPHONE 4G: Apple’s newest iPhone 4G might offer the touch-sensitive casing technology suspected in the tablet, a 5 megapixel camera (finally!) and could debut as early as June. 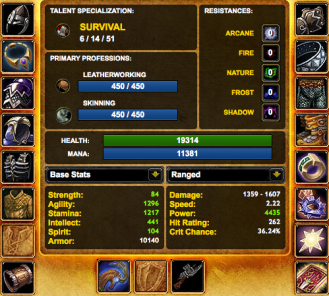 What are you wearing?

+ CATACLYSM EXPANSION: In other World of Warcraft news, rumor has it that the Cataclysm expansion friends and family (only!) Alpha just opened up to a lucky few.

And WoW’s armory finally, finally has a model-viewer, so that you can not only check out the look of a player’s gear, but also their goofy hair style. Hair styles in WoW are really important to me, because my character is a major elitist about his beautiful, flowing ponytail.

+ H8ERS: Will homophobia in gaming ever go away? Sadly, I find myself oddly complacent about it- gay slurs are such a part of the gaming scenery now that I hardly notice it anymore, which likely perpetuates the problem. Though I will still most definitely report your ass in WoW. I hate your stupid ‘fear’ spells and your hatespeech, undead warlocks of the world! 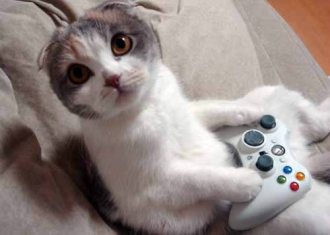 I would never say those things to you.

+ WOMEN AND THE WII: Project Runway coming to the Wii? Do virtual sewing machines have any place in the gaming community? This kind of feels like another affront to serious female gamers everywhere (hello target demographic!), but maybe it would actually be cool. You know…if you’re into that sort of thing.