Last night, January 16th 2011, The Golden Globe Awards took place in Sunny California. Ricky Gervais began the show with a poorly-received monologue which included a reference to Scientology protecting homosexuals from being publically known as homosexuals. Luckily I believe John Travolta and Tom Cruise were not present, probably they are preparing themselves to become aliens. (This is not Travolta’s best month w/r/t that?)

“Also not nominated was ‘I Love You Philip Morris,’ Jim Carrey and Ewan McGregor. Two heterosexual characters pretending to be gay. So the complete opposite of some famous Scientologists, then. Probably. My lawyers helped me with the wording of that joke. They’re not here.”

Before any of that happened, though, we had a red carpet. Here’s some people on it: 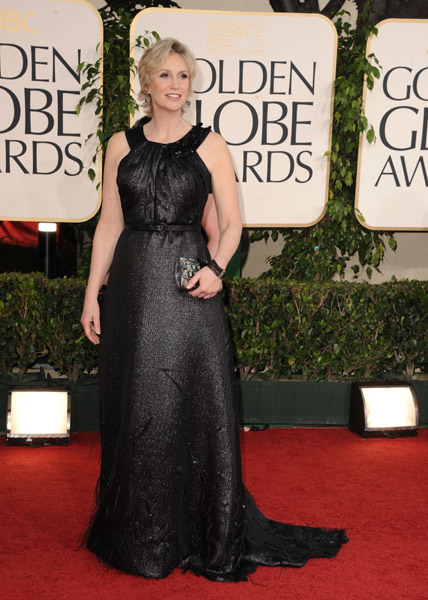 Whenever I see Angelina & Brad at these things, I feel like we’re being visited by royalty. You know what I mean? 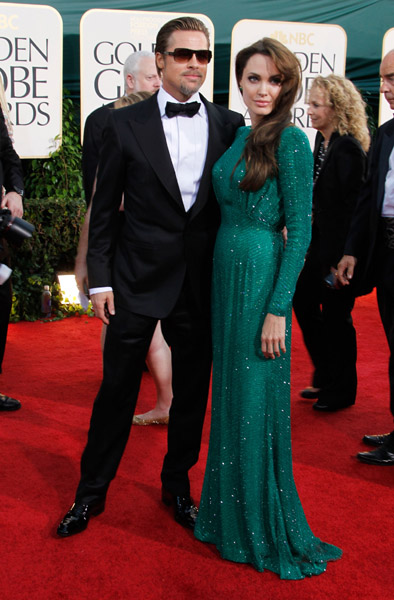 Natalie Portman is going White Swan tonight. I just accidentally wrote “White Swine.” She’s not swine. She’s not even pulled pork. She’s probably a human girl or something expensive and fancy who sometimes makes questionable comments about lesbian sex scenes and is now pregnant, so I guess that ship has sailed. 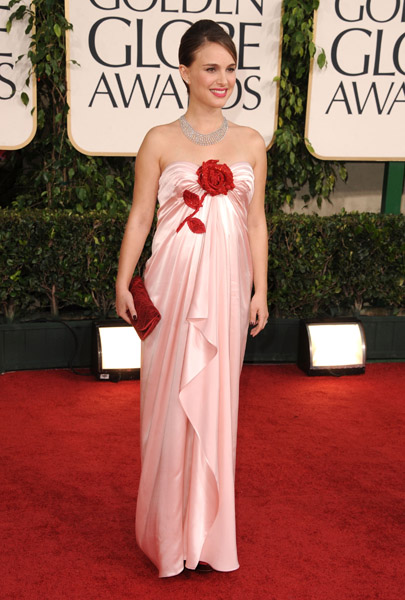 Here’s Olivia Wilde. She sometimes plays bisexual characters on the television screen, so she’s pretty popular with you people. 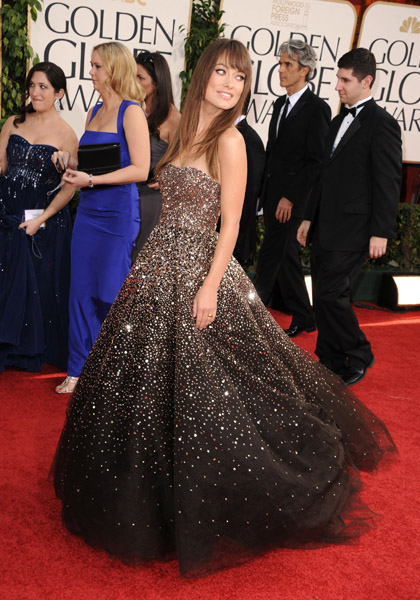 This year was a big year for the homosexuals and a terrible year for straight white men, who fumbled almost every opportunity they were given to speak. (Paul Giamatti was the only eloquent one, and I mean — he thanked Canada. So.)

Chris Colfer looked adorably stunned when presented with a Golden Globe for Best Supporting Actor in a Series, Miniseries or Motion Picture Made for Television, which he dedicated to all the queer kids sitting on their thumbs waiting for things to get better. At this point I cried and my heart grew three sizes. The show peaked before dinnertime:

“But mostly importantly [a thank you] to all the amazing kids that watch our show and that our show celebrates and are constantly told ‘no’ [by] people and environments and bullies at school, that they can’t be who they are or can’t have what they want because of who they are. Screw that, kids.”

Colfer kicked off a new Golden Globes tradition where homos get the biggest applause. My heart was so warm it practically caught on fire. 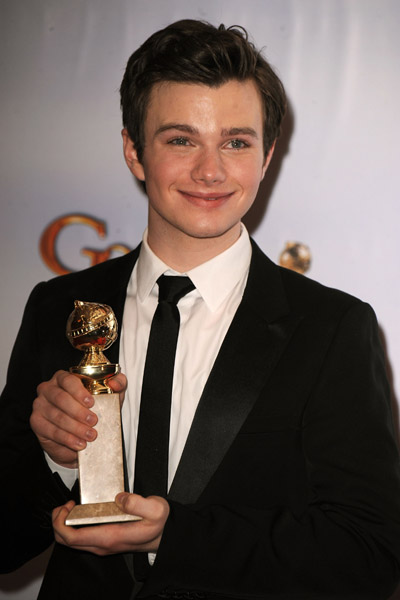 Jane Lynch picked up a Golden Globe for Best Actress in Glee, which is a gay show, and also, Jane Lynch is gay. 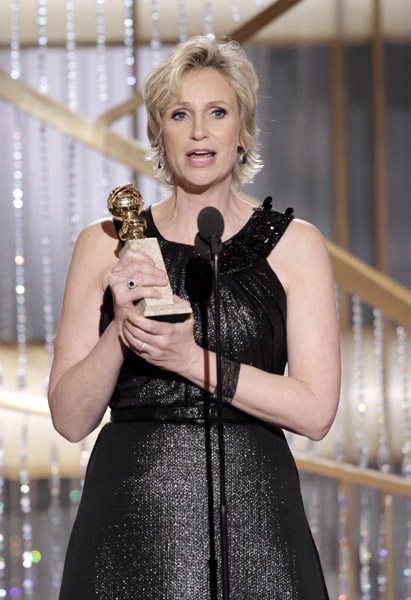 The next big queer moment happened when Annette Benning won Best Actress for The Kids Are All Right. Annette Benning and Julianne Moore kissed on the lips and then they flashed right over to Jane Lynch. IS THE LESBIAN HAPPY ABOUT THE LESBIAN MOVIE. HOW DOES SHE FEEL ABOUT THAT. 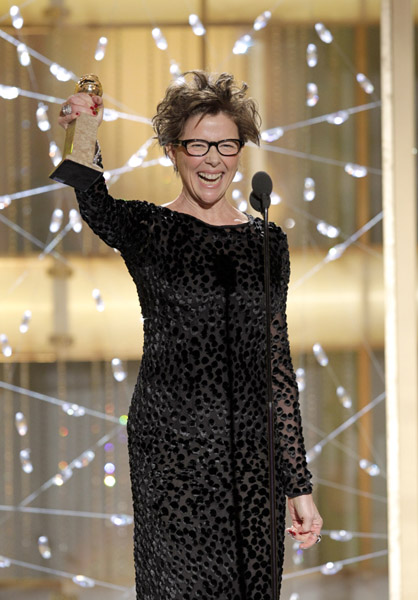 THEN GLEE WON FOR BEST TV SERIES COMEDY/MUSICAL.  This meant we got to listen to Journey again, Mr. Shue is probs LOVIN IT. Every single Glee cast member was on stage, like all of them. Every single one. 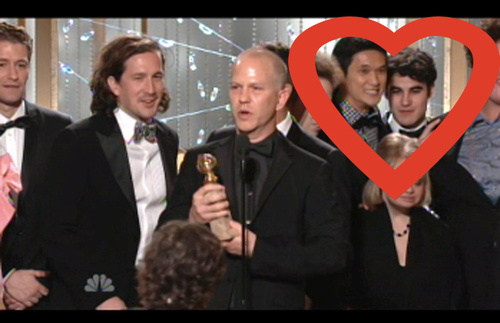 THIS: “Thank you to public school teachers. You don’t get paid enough, but you’re doing the most important job in America.” 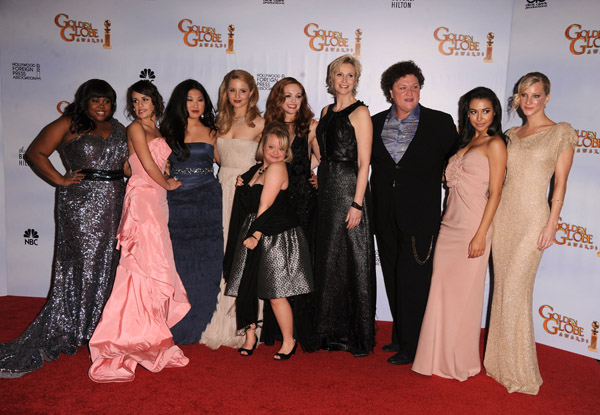 Then, The Kids Are All Right took home Best Movie Comedy/Musical. At that point the Gays officially had taken over Hollywood. But also, they cut it off before Lisa got to speak, which made me feel very oppressed as a feminist. 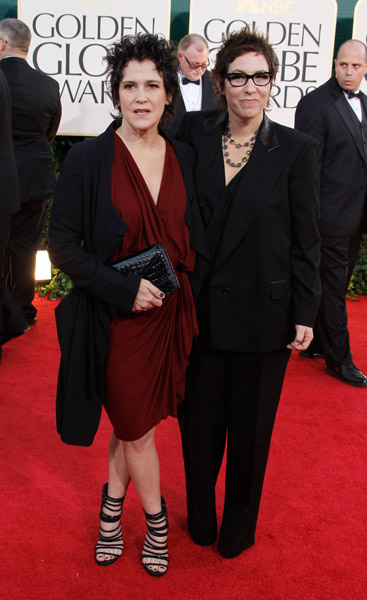 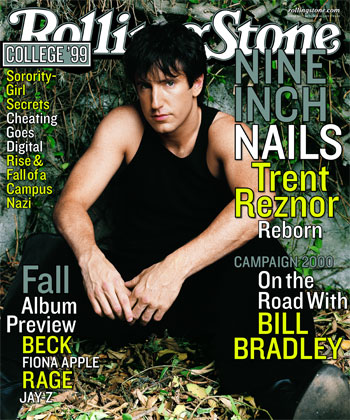 + Jennifer Love Hewitt was nominated for The Client List, which also starred Haviland Stillwell, and Dianne Warren who had some role in Haviland Stillwell’s debut album HOW I ROLE, won a Golden Globe for best song. Six degrees.

+ Claire Danes won Best Actress in a Mini-Series or Movie. She’s dating Hugh Darcy, from the book Pride and Prejudice. 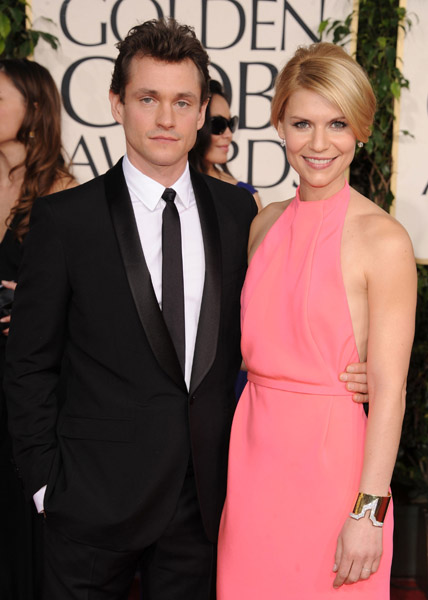 Do you remember the last time Claire Danes won a Golden Globe? 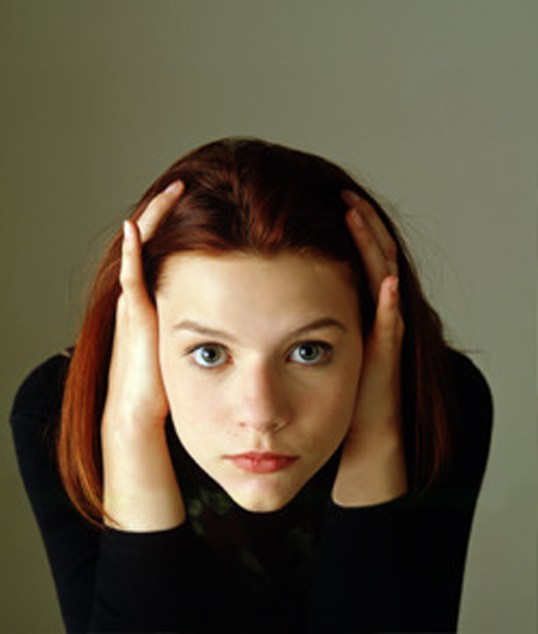 This is what she said in 1995:  “Wow. Um, wow. I thought this would be good to be natural and spontaneous but that wasn’t a really good idea,” and then later, “thank you, it’s a huge honor to be acknowledged at such a young age. Thank you everybody.” I don’t remember what she said this year. 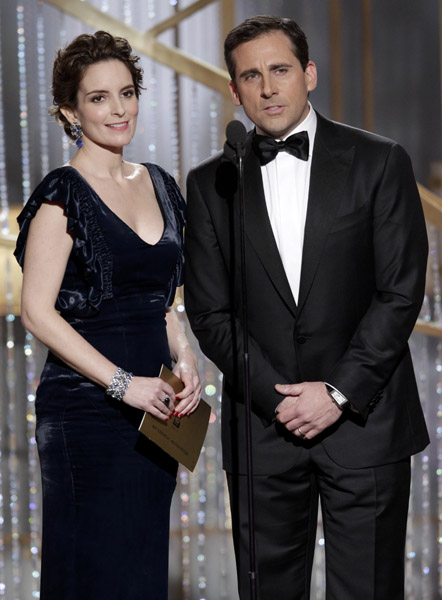 When the writing awards were announced, I said “Sorkin’s gonna win that thing” and then guess what happened. HE DID, for The Social Network. Let Sorkin be Sorkin. (He’s my second-favorite TV writer of all time, after Alan Ball). Also, Aaron Sorkin thanked females for being female in his speech. FEMINISM IN EFFECT. 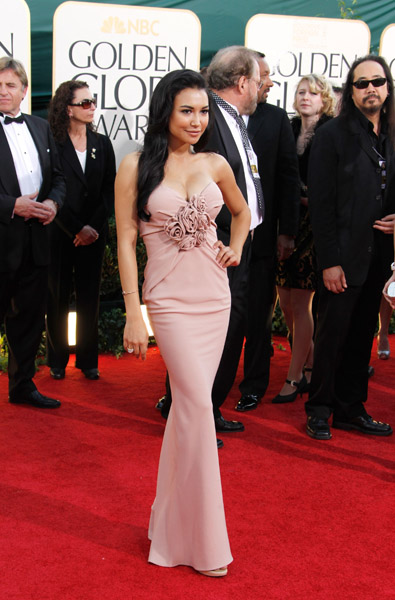 At the end of the show, The Social Network won a big prize. I actually saw that movie, so I feel like we were all big winners in general this evening.

How did you feel about this relatively inconsequential night of weirdness and homos?

sign up for our newsletter
Related:eventliveblogwe won a thing