Artie has prepared a gameshow-style wheel with everyone’s names on it to determine who will sing a duet with whom at the upcoming basement party. Sam doesn’t want to play because he doesn’t want to chance not getting to sing with Rachel, so that’s that. Mercedes spins Roderick, who just about pees his pants for the chance to perform with her. Kurt spins Artie, but gives the wheel a liiiiiitle nudge so it looks like he really spun Blaine. He’s like, “Oh. Huh. Okay, I guess. What a completely innocent surprise that required no cheating and contains no larger meaning.” 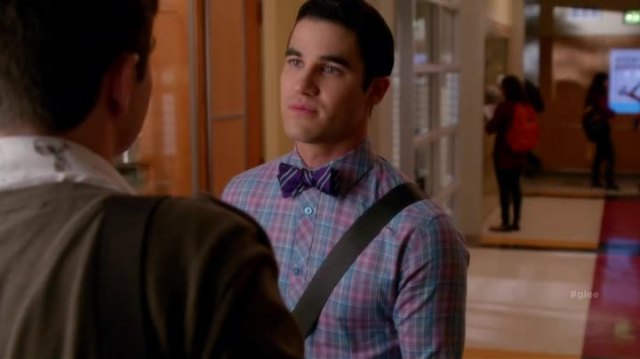 What’s an egg’s least favorite day of the week? 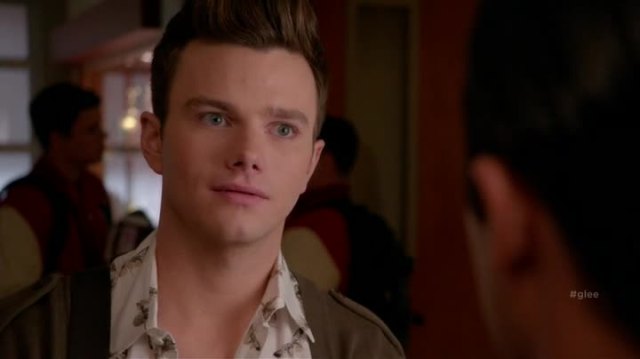 Blaine: [Walks down the hallway smiling and shaking his head]
Kurt: [Gallops up beside him like a pony]
Blaine: What are the odds that wheel would land on me and not Artie, right?
Kurt: Math-wise, I’d say one in ten times I land on you. Fate-wise, I’d say ten billion out of ten billion times I land on you.
Blaine: Just don’t tell Dave, if you see him. He thinks there’s still something going on between us.
Kurt: Oh, come on. He can’t get mad about us just singing together.
Blaine: Yeah. “Just” singing together. ‘Cause singing with you is definitely not a more intimate experience than half the sex I’ve had in my life.
Kurt: Right, me neither. It’s not like we’ve (homo)sexualized the entire canon of Christmas music.
Blaine: For sure. And we’ll sing something up tempo, anyway. Or slow tempo. Either way. We won’t gaze into each other’s eyes with longing and silent promises of eternal affection, whichever tempo we choose. I’m going to awkwardly hug you now and run to my car to cry.
Kurt: Okay cool bye.

GAH! These two still get me every time! It’s very fashionable in fandom circles to trash talk Kurt and Blaine, but I’ll tell you, I got a little drunk at brunch the other day and carried on about them for like an hour. I can love these guys and Brittany and Santana, too, you know. There’s enough room in my heart for them both! 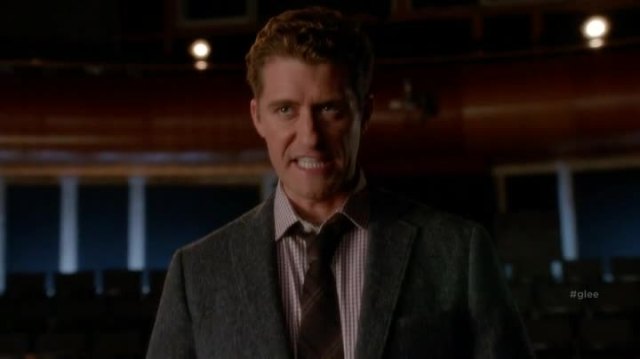 At Vocal Adrenaline practice, Mr. Schue gets into a brawl with Clint Many-Accents about how he can’t just go around bullying people. Winning isn’t the most important thing in life, he says. Will finally kicks Clint off the team. Clint yells about how he is the team and storms off the stage in his leather jacket to go ride his motorcycle down to the docks to smoke cigarettes and feel misunderstood, while Will goes home to repair a baby stroller and whine to Emma about how having a bunch of money makes him feel like a man but not having constant affirmation from teenagers makes him not feel like a man. It’s an existential puzzle! Emma tells him to quit his job and they’ll live off the earnings of her Pamphlet of the Month club, but Will says they can’t feed themselves and a growing baby with only three dollars per month. 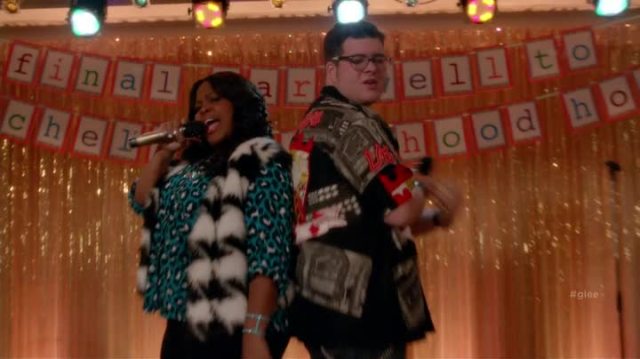 Who wants to make out with me later as I rebound from Sam? 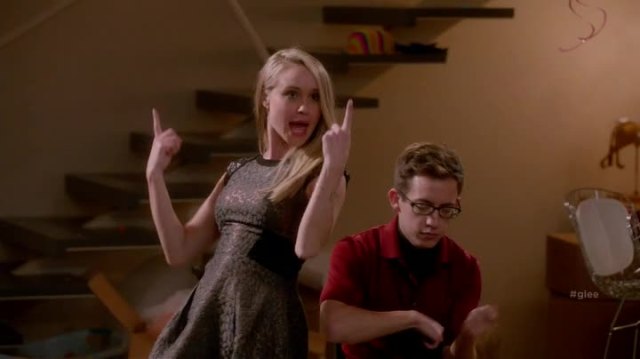 Basement party! “Blame it on the Alcohol” throwback! Mercedes and Roderick sing “All About That Bass” and Amber Riley slays as usual. During the first song, Sam and Rachel sneak upstairs to stare at the wall of photos that she can’t bring herself to pack up. It’s just that it used to be her and photos of Barbara Streisand and Bernadette Peters alone in this room, and then she found this group of stray, golden-hearted friends to be in pictures with her, and she’s scared that taking down this wall is symbolic of losing those relationships. Sam tells her to remember exactly where all the photos go on the wall because one day her room will be recreated in a Broadway museum, and then they full-on do it on Rachel’s childhood bed. My goodness!