Previously on Glee, Sue Sylvester cracked under the pressure of governing a public school in these trying times of standardized testing hysteria, so she bought a little Adderall off of Spencer Hastings’ drug dealer and popped enough pills to send her careening into fever dream where she became the personification of what your grandma thinks Tumblr is.

Sue Sylvester’s Sensational Show Choir Invitational is still going strong. After Vocal Adrenaline’s performance, she reads off the rules — despite Will’s impotent protests that you can’t make up rules after one team has already performed — which are: 1) The theme is Old School. 2) Every team needs 12 members, which is the only rule of show choirs in this universe and the thing even the Jimmy Fallon mocked when he did that Glee cold open at the Emmys one hundred years ago. 3) The Sensational Invitational is going to go on for three more days. Warblers tomorrow. New New New Directions the day after that. 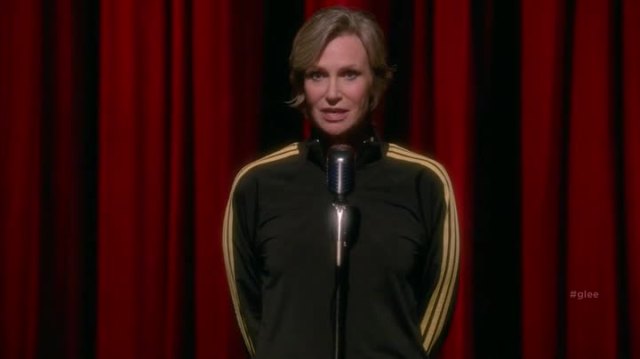 The only thing to fear is fear herself! 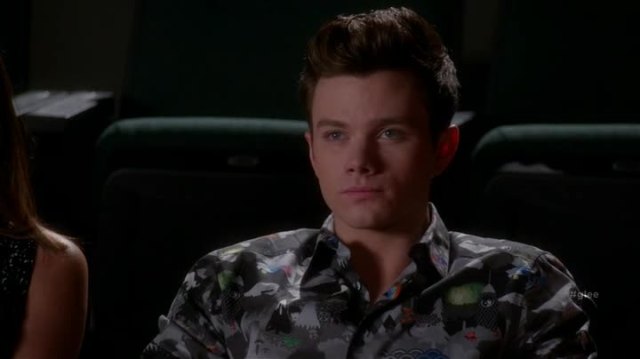 Why don’t I own a flask?

Kurt says they’re just going to quit because this is ridiculous, even by Sue’s code of ethics, but she tells him he’s not going to even have the chance to quit because she’s going to kidnap him pretty soon. This episode is maybe the dumbest thing Glee has ever done, but there’s some really funny stuff in it. Like the way the music gets creepy and the camera keeps zooming in on Sue’s face like incremental Hitchcock effects when she’s threatening Kurt. It doesn’t make a single lick of sense, but Jane Lynch is in it to win it ’til the bitter, bloody end, and she’s still great at what she does.

Rachel and Kurt frantically whisper about what the heck are they going to do with these new rules. Kurt says they’re going to recruit Kitty, for one thing, and Rachel says she can’t bear to do it because Kitty hates her because she was so awful to the New New Directions when she was a senior. “Cross-dressing Mercedes” is the way Rachel describes Unique, which makes me want to throw my couch through the window, Hulk-style. That’s so offensive and for no reason! There’s no need for that “joke!” And playing the black trans woman’s storyline for laughs while giving all the emotion and sensitivity in the world to Coach Beiste’s storyline makes it even more problematic! GLEE, JUST STOP. 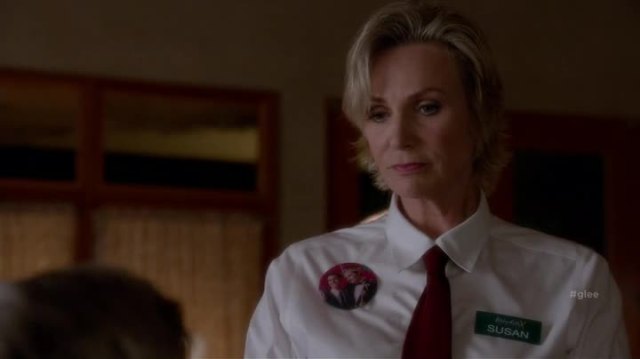 Our special tonight is branzino with a side of pan-seared endless torture.

On a second date with known Lily Kane murderer Aaron Echolls, Kurt blurts out a question about what they’re even doing. I also would like to know that, Kurt, but in a broader context of this whole entire season. Sue wants to know, too, but only inasmuch as it affects her new life’s purpose of shipping Klaine. She’s pretending to be a waiter at Breadstix, wearing a bunch of Klaine swag, and passing out a children’s menu to Kurt and an old-timers early bird special menu to Aaron Echolls. Kurt says he’s sorry. Aaron Echolls says he is not. Of course, Aaron Echolls is a legit sociopath so it’s unlikely that he understands remorse in any capacity.

At Sue’s Klaine lair, Becky tries to convince her how fucking ridiculous this storyline is. She’s even got video footage of even their rooftop “Come What May” dream sequence. (I loved that dream sequence. I cried like a little baby who needs a children’s menu at Breadstix during that sequence.) Sue and Becky take turns talking about Blaine and Kurt like they’re doing a dramatic reenactment of real-life YouTube comments, and Sue reiterates her plan for kidnapping them and stuffing them into an enclosed space so they’re forced to stare into each other’s eyes. 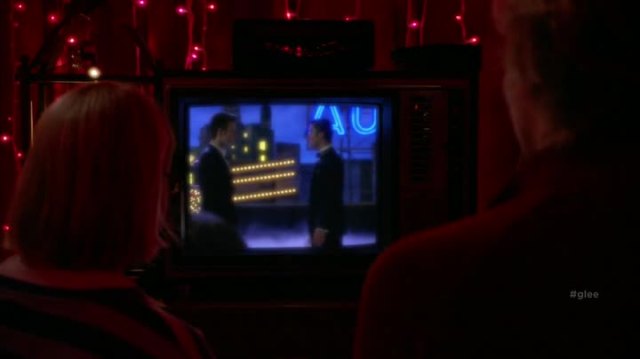 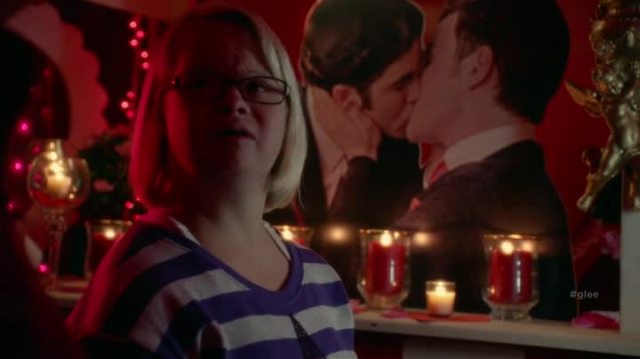 Is this some kind of Gay Inception?

Rachel tries to recruit Kitty into New New New Directions by telling her a lot of facts about herself, including that her favorite color is Jesus, so Kitty will know she’s not that narcissistic. Kitty says if Rachel wants to hook up with a blonde cheerleader for finger-banging shenanigans, the whole world is on the Faberry train. They talk about how Rachel is the worst for being an ambitious teenager but Mr. Schue is the best for being a patronizing grown man whose entire identity is built on the validation of his students. Kitty just doesn’t want to have her heart broken again by glee club. (Join that club, Kitty; we’re ten million members strong!) 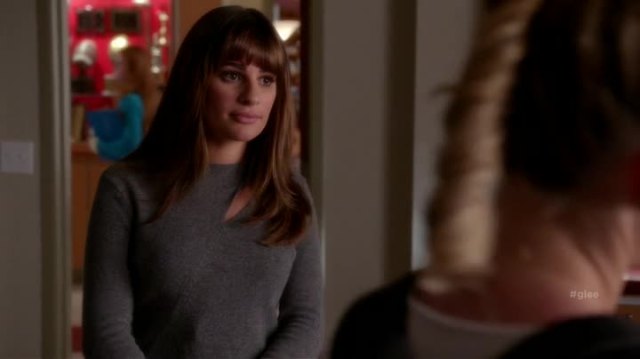 You remind me of Santana and that’s why you should join Glee. 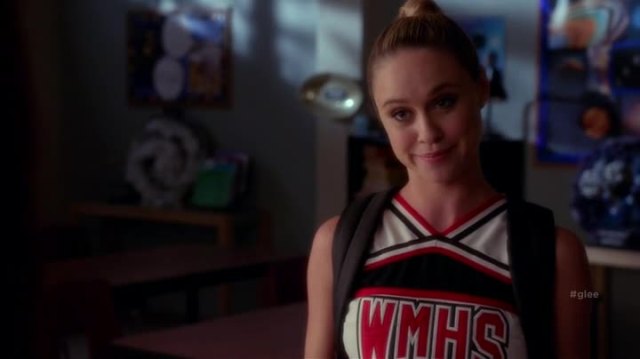 No. I remind you of Quinn and that’s why you can’t stay away from me.

Kurt and Blaine bump into each other in the hallway on their way to watch The Warblers perform. Blaine was using the staff bathroom, which was always a secret dream of his, I guess, and so they take the new elevator to the auditorium together. Only, surprise! It is not an elevator! It is a fake elevator that is basically just a really hot box where Kurt and Blaine are going to spend the entire day, trapped and sweating, so they’ll be forced to admit they’re in true love with each other.