Residents of liberal coastal cities have an awful lot of negative things to say about the South. I especially get frustrated when wealthy, cisgender heterosexual white people are the culprits of this sort of paternalistic talk. These folks don’t have a clue about what the South is really like.

So imagine my annoyance upon seeing that newly minted “A-list activist” Alyssa Milano and several other celebrities threatened to boycott film production in Georgia in response to recently signed bill HB 481, which will criminalize almost all abortions in the state after a pregnant person reaches six weeks and take effect on January 1.

Milano represents a large swath of cishet white women who believe that whatever meets their needs will automatically meet everybody else’s needs, a falsehood fueled by their perception of themselves as the default. Without knowing the long history of struggle against reproductive oppressions in Georgia, outsiders like Milano assume they know what’s best for my state.

Following the leadership of those who’ve never been on the ground in Georgia fighting against reproductive injustices is a losing strategy for defeating our abortion ban. Doing so erases decades of movement-building led by Black women and femmes, who despite being among the most impacted by reproductive attacks, are often overlooked when we discuss abortion restrictions.

What Milano and other celebrities should know about Georgia is that we’re the home of several Black women and femme-led grassroots organizations that approach abortion restrictions and other reproductive issues through a reproductive justice lens. These are the people we need to be taking our cues from if we hope to halt HB 481.

Agbo is the Lead Community Organizer at one of these organizations, SPARK Reproductive Justice Now in Atlanta. She thinks that while Milano and company’s hearts may be in the right place, a boycott under the present conditions wouldn’t help defeat the abortion ban.

Eshe Shukura, the Georgia State Organizer for URGE (Unite for Reproductive & Gender Equity), a national reproductive justice organization for young people, agrees that a boycott isn’t in the best interest of Georgians right now and says that it would disproportionately impact working-class folks in the film production industry.

“It’s not reproductive justice to ask people to stop working in an industry that is not just about directors, high-level actors, and other people who make so much money in the film industry. It’s about the workers. Are you actually making plans for them? Boycotts are not just one-off things,” Shukura said to me during an interview. 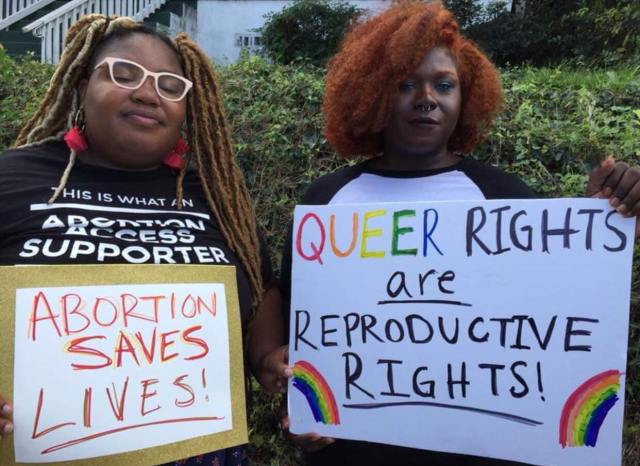 Founded by a group of Black women in 1994, reproductive justice differs from reproductive rights in its approach to abortion by not only advocating for people to have the right to have abortions, but also for people to have access to them. It’s a framework and theory that recognizes abortion restrictions don’t exist in a vacuum — they’re just one of many patriarchal tools designed to rob historically marginalized peoples of our right to make decisions about our own bodies.

It’s no coincidence that Black women conceived of reproductive justice. Throughout history, our reproductive organs have been operated on and sterilized under the guise of being done for the common good. In our white supremacist society, Black women know that our bodies are seen as the least valuable and that we’ll always be the first ones harmed by reproductive attacks; thus, we need to be at the forefront fighting against them.

Queer and trans Black women and femme bodies like my own are especially vulnerable in Georgia, yet we’re rarely mentioned in mainstream conversations about the abortion ban. That’s why SPARK centers young queer and trans people of color (QTPOC) in their organizing.

“I feel like a lot of the times we center white women and cis women when we talk about abortion access and abortion rights,” Kae Goode, a Black trans woman and the Trans Leadership Coordinator of SPARK’s Trans Leadership Initiative, told me during an interview. 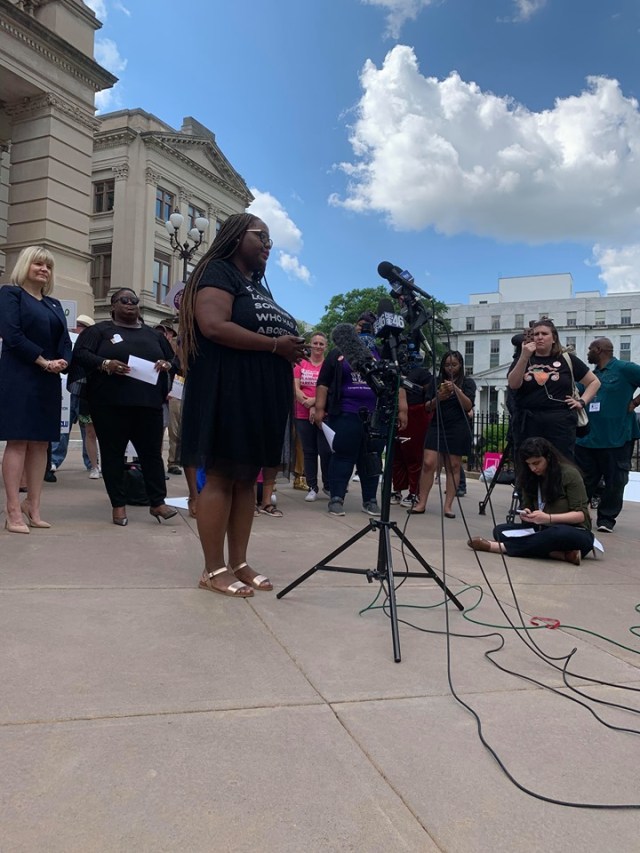 “In the same way that abortion is criminalized, queerness and transness also is criminalized. At the heart of it, it’s about these systems trying to strip us of our autonomy, our humanity, and erase us,” Tinsley told Autostraddle.

Queer and trans Black women and femmes like Agbo, Shukura, Goode, and Tinsley are on the frontlines of the fight against Georgia’s abortion ban because that’s what reproductive justice asks of them — for the most impacted to move to the front. Although the media has taken a liking to photos of mostly white women dressed like handmaids from “The Handmaid’s Tale” protesting against the ban at the Georgia State Capitol, the world needs to know that queer and trans Black women and femmes are some of the primary architects of this fight.

SPARK, URGE, and ARC-SE are all a part of the Georgia Reproductive Health, Rights, and Justice Coalition, a group of Black, women of color, and QTPOC-led organizations that are mobilizing Georgians against the abortion ban by holding legislators accountable through direct action, media, and other strategies. Each organization plays an integral role in the coalition.

At ARC-SE, Tinsley has found that it’s more important than ever for their hotline to provide reassurance and accurate information to callers seeking funding and logistical support for their abortions because they’re reading scary, confusing headlines about the ban in the media.

“The reality is, abortion is still legal across the country. People in all of the states that have abortion bans are still able to access care in their state within the term limits that their state already had,” Tinsley said.

With URGE, Shukura has collected more than 9,000 #AbortionPositive pledges this year from young people that serve as their commitment to ending attacks on abortion. URGE is also working to shift cultural narratives, including correcting the labeling of HB 481 as the “fetal heartbeat bill” that’s been pervasive in the news.

“It’s not a ‘heartbeat bill.’ That’s playing into believing in this inaccurate science that this is a heartbeat instead of pulsing cells [at six weeks]. We say call it what it is: It’s an abortion ban,” Shukura said.

The coalition’s paying close attention to abortion restrictions passing in other states, which are all a part of a Republican strategy to eventually overturn Roe v. Wade, the 1973 Supreme Court decision that legalized abortion. As of the date this story was published, 11 states have passed abortion restrictions this year, with some of them passing “trigger laws” that would automatically ban abortion in their states if Roe v. Wade was overturned.

A national movement to end abortion restrictions led by the grassroots is brewing. The nationwide Week of Solidarity to Defend Abortion from May 20-26, which more than 70 organizations signed onto, is proof of this. In honor of the week, activists held a #StopTheBans demonstration and rally on May 21 at the Georgia State Capitol.

Agbo, who spoke at the rally, says that hundreds of people were in attendance.

“It really was a call to all of those who are scared for this bill that a lot of people care and that we’re not just going to stop. We’re ready, and we’re not going to take this lying down,” Agbo said.

Money with no strings attached from everyday people is important to these organizations’ survival. Giving to SPARK and URGE allows them to mobilize even more folks against the ban and other reproductive oppressions. Contributing to ARC-SE means that you’re funding abortions directly.

Reproductive justice activists in Georgia don’t plan on ending their movement against abortion restrictions any time soon. No matter what lawmakers may do, they’ll continue aiming to make sure folks on the margins can secure access to abortion and other reproductive freedoms.

And if you ever feel scared for our reproductive futures, take heed to Tinsley’s words — they told me that now isn’t a time for fear, but instead, a time to show up for and support one another.

“I think about the ways in the South that Black people have always shown up and taken care of each other. Now is the moment for us to follow in those traditions of taking care of each other because, clearly, these systems won’t take care of us.”