I might as well be honest with you: I’m American and I have never seen Geordie Shore, but I watched every single episode of Jersey Shore, so I’m pretty sure I can translate. While Jersey Shore was very aggressively heterosexual, it seems that this is not the case with the cast of Geordie Shore. Cast member Marnie Simpson recently returned to the show (now in its 12th season) after a tearful exit the previous season. She’d been engaged to The Only Way Is Essex star Ricky Rayment, but apparently that relationship had already fizzled by the time the episode in which she quit Geordie Shore had even aired (whoops). I’m assuming this makes her Geordie Shore’s equivalent of Sammi Sweetheart? 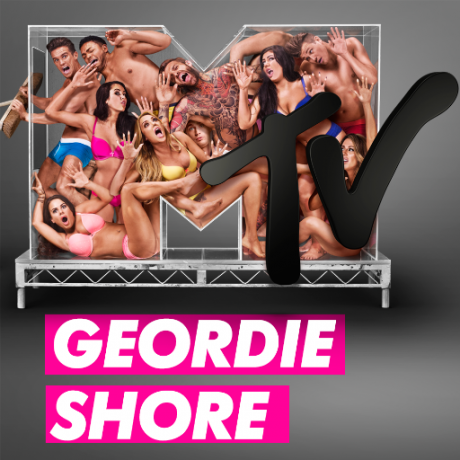 This is a show about a bunch of people trapped inside a giant M, to find out what happens when people stop being polite and start getting real.

Australia is full of lesbians.

Lest you dismiss Marnie as just another one of those straight girls who saw Ruby Rose on Orange Is The New Black and felt very proud of themselves for having a “girl crush,” she clarified:

I'm sure I'm bisexual. Not even kidding. I kiss just as many girls as boys these days. 😳

Not to mention the (valid) question:

what is wrong with men 😷

This has been quite a journey of self-discovery for Marnie.

Additionally, longtime cast member Charlotte Crosby  recently hooked up with castmate Chloe Etherington on camera in a recent episode, though the pair seemed to keep it very casual and gave no real indication that this encounter signified anything in particular about either girl’s sexual orientation. They both laughed it off the next morning, although Chloe did confess that she was pretty sure she’d lost a fingernail somewhere in there (yikes). Fair warning, the clip below is fairly explicit in a way I’m not sure even American MTV has ever been. These guys need a Smush Room.

As this article went to press, none of the women who had engaged in same-sex activity on Geordie Shore had been killed off the show.

Join A+
Related:reality tvThis Is A Coming Out Post