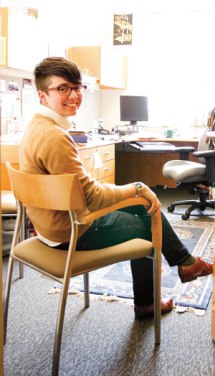 Against discourses of the authentic, real, or natural, [Spade] challenges the notion that persons who change their appearances, their bodies –with commodities, with clothes, with surgeries– are necessarily duped or self-hating; he further argues that there is no necessary or singular correlation between one’s aesthetic practices and political commitments.

More importantly, when we appeal to some notion of an unmodified or undecorated body, we participate in the adoption of a false neutrality. We pretend, in those moments, that there is a natural body or fashion, a way of dressing or wearing yourself that is not a product of culture. Norms always masquerade as non-choices, and when we suggest that for example, resisting sexism means everyone should look androgynous, or resisting racism means no one should modify the texture of their hair, we foreclose people’s abilities to expose the workings of fucked up systems on their bodies as they see fit.

The primary focus of Spade’s essay is to unpack & challenge some of the feminist discourse surrounding trans surgery and that “trans surgery is a part of the capitalist construction of dichotomous gender.” Spade notes that he “wholeheartedly agree[s] with most of this analysis, except for the part where trans people are selling out everyone’s chances at gender resistance when we alter our bodies.” His argument is twofold:

First, there is no naturalized gendered body. All of our bodies are modified with regard to gender, whether we seek out surgery or take hormones or not.

The second blindspot here is in the assumption that trans surgery has a single meaning. The harshness and rigidity with which we view each other’s aesthetics of resistance—the ways that we decide that these practices have singular meanings—forecloses our abilities to truly engage each other’s work.

Ok, go read it now. Then come back for the next essay. 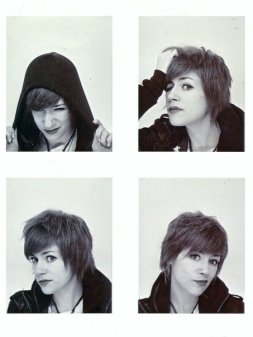 FASHION: Meg Clark of damaged goods has a fascinating post on her blog good morning midnight about why fashion is worth blogging about. Meg is “sick and tired of hearing that fashion is stupid, silly, inane, shallow, for girls, a waste of time, consumerist and idiotic, antifeminist, misogynistic, pathetic, etc, etc.”

Meg recounts a counter-cultural adolescence spent hating fashion and being “Daria,” and how her perspective on the accessibility and importance of fashion shifted when she realized Daria cared about fashion just as much as Quin did:

“…what I realise now is that as a teenager, I had cared more about fashion than anything else, fashion as self expression and informed choice and blahdybalhblahblah, except I didn’t think of it in those terms, because my teenage self-concept was based around “being the kind of girl who is really NOT into fashion.”

The post touches on at least 25 incredible issues relating to the fashion industry, art, consumerism, the role of women in the workplace, fashion as a “double industry” (old white guys with money taking advantage of oversexed naive teenagers who are thrust into the mainstream as props, chewed up alive and spit back out and cast aside before they hit 20), power/sex/aesthetics, her white skinny tall rose-colored glasses of privilege, eating disorders, the ladies and TEH GAYS, beauty/brains and Alexander McQueen.

What statements [do fashion choices] convey within their social groups, what references does it evoke and what does it imply about their economic and social class? There are serious and fascinating social psychology and sociology things going on here — and they deserve to be talked about too. This isn’t “kid stuff” or “stuff for dumb girls” or even “art” (which is equally dismissive in its own way. This is society, and self-presentation, and economy, and patriarchy, and sociology, and billions and billions of dollars.

If you read nothing else today, you should read this post, because sometimes she says things like this that relate not only to her subjects, but also ours:

Is fashion deeply fucked up, corrupt, riddled with problems, linked to systems of oppression and some of our most problematic social issues?  Yes.  Which is why it’s stupid to dismiss it. If it’s so messed up and shallow and bad, why push it aside?  Why not cut it to pieces and sew it back together in new ways, talk about it and analyze it and get involved and have an opinion and do something about it? (And possibly even have fun and make some friends while we’re at it?)

VULVA: I guess if we’re being honest, it was really only a matter of time before someone came up with pussy perfume We should have known it would be the Germans. A: This is bizarre. B: Why did they pick the grossest word for vagina ever invented? (@queerty)

MORE FLUIDITY: Swedish women are more sexually fluid than men. In a truly remarkable survey, 39% of Swedish women between the ages of 18-24 reported having fantasies about both genders:

“We are seeing a greater openness among young people, particularly among young women,” Mansson told the newspaper Dagens Nyheter. “There is an increasing interest in experimenting and pushing boundaries, and a growing resistance to defining oneself as heterosexual, homosexual or bisexual.”

Only 7% of men reported similarly fluid desire. Surveys like this have been cropping up quite a bit over the past few years.

HIV: Casting has begun for a movie that addresses HIV in the lesbian commuunity – “If you have ever had sex with a man whether you are actively involved in a heterosexual or homosexual relationship, you will not be categorized as a lesbian. So if you become a case of HIV while being with a woman, but have previously had sex with a man, or go out and have sex with a man, then you will fall into the heterosexual column. So those are large numbers that we’re losing because of the way we are being categorized. These numbers help to make lesbians remain unaware of how prevalent this issue is within our own community.” (@allhiphop)

LOVE: In Iowa, some officials have stopped performing marriage ceremonies all together to avoid having to perform gay weddings, but those who have remained active are realizing just how important marriage is. –“‘I really didn’t expect to get invested in these services,’ Callahan said. ‘But I have to admit, the first time I did a same-sex marriage … it was real clear that these were two people that really loved each other.'” (@wcf courier)