It is very inspiring to read about President Obama really at any time, but what I was not prepared for was how profound the experience would be when I read this passage in a front-page New York Times article:

Ms. Obama sought a quick change of subject on Monday with her call for an extension of middle-class tax cuts, saying that the fate of similar cuts for the wealthy would be resolved by voters in November’s election.

No, it wasn’t a misprint or a joke. I was reading the New York Times from my computer with the extension “Jailbreak the Patriarchy” turned on. And it transported me to a world where we currently have a female president!

Jailbreak the Patriarchy is a browser plug-in created by Danielle Sucher that swaps pronouns and other gendered words such as “mother” or “paternal” with it’s opposing counterpart, as well as changing first names to more gender-neutral names, like Randi or Kim. It’s super easy to use and install, but it’s not so easy to deal with all the feelings it will generate.

I caught up with Sucher and it turns out she has a few favorite experiences with Jailbreak the Patriarchy. Schrödinger’s Rapist is her all-time favorite, but she also says that reading the comments on this article about Anita Sarkeesian is a pretty unique experience. Or, she says, “just look at the news and read about President Obama and what she has done for the country lately.”

I had only one follow up question for Sucher: why do these moments specifically stand out?

“Because they highlight the insanity of our assumptions. What’s that line? Fish don’t have a word for water? My favorite moments with Jailbreak are when it makes me notice the water.” 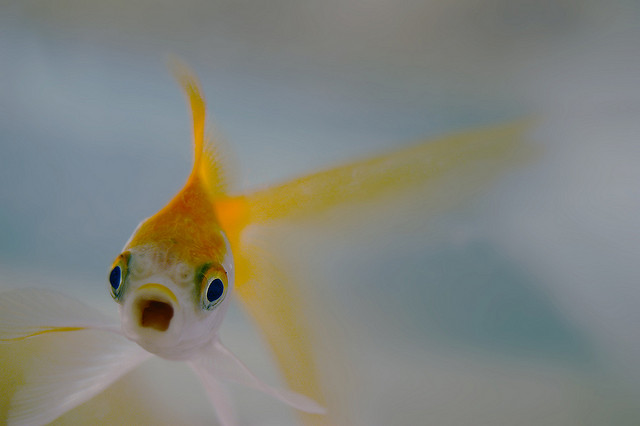 And boi, did I notice the water. I decided to take the plug-in to this article about the new Bravo reality show set in the Silicon Valley. I was merrily reading along about Mr. Randi Zuckerberg, reading sentences such as “Kim Taylor described his start-up as based on personalized content in the luxury market for men.” And then it hit me. These people were actually women! In the technology industry! My brain said, “fah real?” I had to toggle the Patriarchy to read the “real” version of the article to be sure. And then the shame washed over me. The Big Gender Shame.

I’m a fairly gender-aware / gender-bendy person, but this plug-in had me breaking down prejudices I didn’t even realize I had, because they’d been so easy to quickly push aside. Why did I have to check on it to make sure these people were women? And why was I so surprised? But most importantly, why did I really care what gender these people were? The content in the article was more or less the same either way. Kim and Randi could have very easily identified as male in reality, so what was my fascination with the “real” way it was “supposed to be?”

I can only answer that it comes down socialization, and that even though I’m part of a community who’s more sensitive to these matters than most, I’m still not immune to snap judgements. Now that I’ve been made even more aware, I plan on trying harder.  When I read an article and think that Mitt Romney sounds like a whining 11 year-old girl, I will remind myself that 11 year-old girls are actually so much better than that.

Want more genderfuckery and deep personal analyzation? Jailbreak the Binary is a spin-off code by Marianna Kreidler that replaces all gendered words and pronouns with neutral words like ze and hir. It really poses the question: what would the world be like if the societal implications behind male and female were wiped out all together? The plug-in has some bugs, such as swapping “boys’ camp” with “people’s camp,” but these inconsistencies just serve as an extra reminder of how complex the English language is and how our complicated identities fit, or don’t fit, into it.

I asked the same question of Kriedler that I did of Sucher. Favorite moment and why? “I don’t know if I have a favorite effect of either my app or Dannielle’s,” Kriedler says, “but it is certainly interesting to scan through facebook statuses (or anywhere on the internet really) and see just how often gendered pronouns are used. It was also really fun during Oscar season since I have ‘actor’ and ‘actress’ default to ‘talent’ (how absurd to have two categories each for leading talent and supporting talent).”

Kriedler also had some other interesting tidbits to add:

“What I thought was most interesting while adjusting the code was just how many gendered words there are and that there are not yet any gender-neutral terms for words like – Sir, Ma’am, Miss, Mrs., Mr., and etc. Also, as someone who wishes that gendered anything didn’t exist but who found words like ze and hir to be hard to use naturally (just because they aren’t already prevalent in popular culture) and who previously preferred to use they and their, this plug-in, just by making those ‘official’ terms more visible, words like ze and hir became more natural for me to use in everyday life.

Fun fact, the first couple versions of Jailbreak the Binary had the words god and goddess default to “The Force”… now they’re a less rude and less funny “almighty” and “higher-power.”” 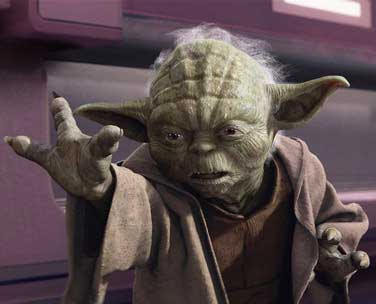 May the Force Be With You. via eaglerockkundalinicenter.blogspot.com