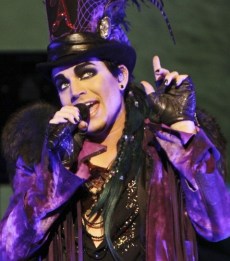 Billboard has published its list of “20 Great Gay Moments in Music” which wisely places “Adam Lambert Glams Up American Idol” in the number two slot, only behind “Kurt Meets Blaine on Glee.”

Other mentions relevant to your interests:

BETTY could not be reached for comment. Seriously though, I’m a little surprised Christina Aguilera‘s 2002 video for “Beautiful” didn’t make the list, or any mention of The Gossip or the Scissor Sisters, or David Bowie… What else would you have added to the list?

All signs are pointing toward lesbian homosexy goodness w/r/t Santana’s third season storyline, with a new lesbian co-executive producer (Allison Adler) in the mix and a brand new Ryan Murphy quote on the subject: 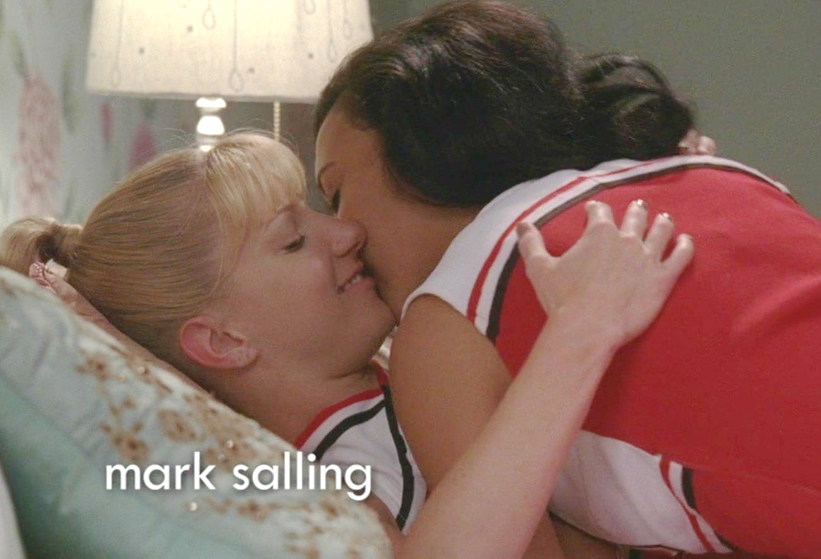 “The thing we’re not going to do is something I would feel is disingenuous – Santana being like, ‘Oh, I’m going to try sleeping with boys again.’ No, Santana is now officially a lesbian and will be dealing with that as Kurt did.”

And what about Brittana?

“Brittany with a coupla wine coolers in her is good to go, so never say never. But we haven’t really [worked out] that story. All I can say is we will be true to Santana’s sexual orientation.”

Hey, that’s more than Ilene Chaiken ever did or promised. Our faith is in you, RM. 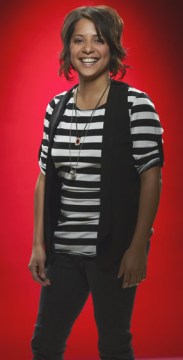 Has there been a lovelier headline than the LA Times’ The Voice Recap: America Loves Singing Lesbians!? Aside from Riese’s frequent nuggets of genius, of course. Anyway, Vicci Martinez and Beverly McClellan are still in the running, holding down the dyke quotient for prime time television this summer. Sayeth the LA Times:

“Of the eight semifinalists in “The Voice,” only two are openly lesbian, but that’s a pretty high number: 25%. And both those two were saved by the viewing audiences’ vote, which has to say something: America loves singing lesbians!”

SheWired chatted with Vicci this week, where she addressed the controversy surrounding Cee-Lo‘s nonsensical homophobic tweet directed toward a random music editor who criticized one of his live performances.

“He [Cee Lo] got a bad review and I think it probably just hit him emotionally. I know that feeling too sometimes. I think he probably had his phone in front of him and you know… It’s too bad sometimes that everything is so accessible. You just don’t even get the time to maybe think about it a little bit.

I think that’s maybe what happened, because Cee Lo just loves the crap out of me and Nakia (a gay male contestant on Cee Lo’s team). And right away, he messaged us and was like, “I just want you guys to know that this just came out and that’s not how I feel. They are totally messing it up, blowing it up, and I just want to apologize to you guys first.” He was like, “so, if you start hearing stuff, just know that I love you and that’s just sometimes what happens in the business.” 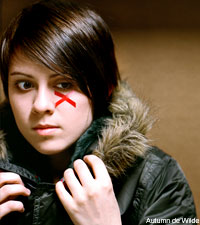 Our very own Tegan was Tegan was smack in the middle of the Vancouver riots that broke out after the Canucks lost Game 7 of the Stanley Cup finals. According to the (quite lengthy) article, Tegan had gone from the zen calm of yoga straight to watch the game at a friend’s house. After the home favorite lost, drunken Vancouverites started setting cars on fire, looting and breaking windows, echoing the same freak out that happened back in 1994.

“After a few hours of following the rioters on TV and fielding a call from her frantic mother — “They’re closing the bridges! You have to get out of downtown!” — Tegan finally braved the walk to her own apartment.”

She also briefly mentions beginning work on the follow-up to Sainthood:

“I feel like the last month or two, Sara and I have been pretty inspired by all the ridiculousness in the media and the world. There’s nothing like a little bit of anger and judgment to get the juices flowing.”

The cast of The Real L Word [Whitney, Tracy, Francine, Claire, and Romi] descended upon New York City last week to announce the nominations for the the GO! Magazine Nightlife Awards/Pride Kick-Off Bash and there’s red carpet footage to prove it. I had the pleasure of attending the event last week and it was jam packed with nearly 1,000 women hoping for a chance to sniff Whitney’s hair, per ushe.