The world’s leading resource on women, comedy, and spelling school ‘skool’ published a riveting piece on funny ladies and their need to be hot. Fox News claims that the current comedy landscape is becoming inhospitable for the usual frumps that litter the world of funny people. 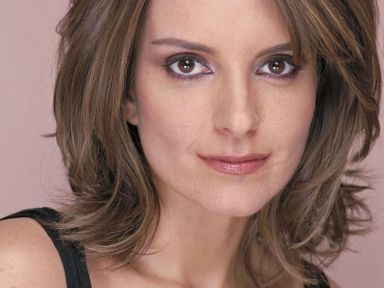 Clearly, previous funny women haven’t been conventionally attractive prior to this momentous occassion in history. Among those listed in the article that recently have revamped their looks to fit in with this brand new fad of being attractive are Jennifer Aniston, Jane Krakowski and Julia Louis-Dreyfus. Here’s a picture of Jennifer Aniston in her “awkward” Friends days. 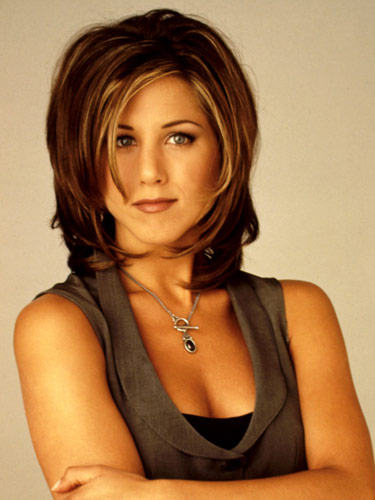 Carrie Keagan, of Reno 911! and Playboy Magazine‘s “Babe of the Month,” contributes this to the article:

“The mentality that funny and sexy can’t go together is on its way out, because trying to be sexy is pretty damn funny!”

She is surprisingly not the creator of New Girl. I think they should have interviewed Tina Fey and Kay Cannon for this article based on how they handled the “Is Funny Sexy” question.

It’s not like people have been going out of their way to find “unattractive” women to put on TV or that women have been uglying themselves up to succeed. If anything, funny women have been portrayed as frumpy because comedy is one of those (many!) zones that men don’t want infringed upon. All female comedians are frumpy in the same way that all athletes are lesbians. If it makes men uncomfortable, then it has no place in entertainment, and vice versa; men don’t want to watch women being athletes or funny, so the women who do those things must not be worth watching.

Patrick Wanis, entertainment expert (whatever the hell that means) had this to say:

“For women, frump isn’t funny any longer. The new female comedian has to be the sexual aggressor, sexually provocative, dominant and successful. Hollywood is now portraying women as the dominant force – the boss, the rescuer, the heroine, the hunter. Now women are being sexually provocative and sexually aggressive, rude and funny without the femininity or the class. Lucille Ball would never have played the aggressive, domineering nymphomaniac that Jennifer Aniston portrayed in ‘Horrible Bosses’.”

There were so many aggressive, domineering types back then so this is a particularly apt comparison. Lucille Ball definitely wouldn’t have counted as hot either. I mean, she only began her career as a model. They let anyone be one of those, or at least that’s what I hear from none of my model friends. Wanis reminds us that lesbians and women of a certain age can’t be sexy.

“Rosie O’Donnell and Janeane Garofalo will be relegated to playing the female versions of Chris Farley. Hollywood doesn’t want a woman that is not sexually enticing like Rosie; it wants the sexual alpha female.”

What are they even doing in this article? They’re both circa 50 years old. How do you jump from Olivia Munn, Anna Faris, and Mila Kunis to Rosie and Garofolo? And in what world are they comedic peers? Also, he says playing the female version of Chris Farley is a bad thing. He’s right. Being the answer to someone regarded as a comedic genius sounds awful. Women would much rather be the female version of an attractive but oft shat upon comedian like Dane Cook. Oh my God, is Whitney Cummings the female version of Dane Cook? 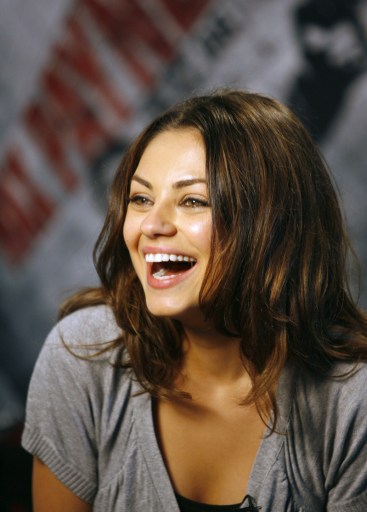 I'm hot and I make you do what I'm doing in this picture. This is a new thing.

The “entertainment expert” goes on to say this isn’t only happening on the scripted side of things.

“The same trend is being seen on reality TV [with] Snooki and all the ‘Housewives.” 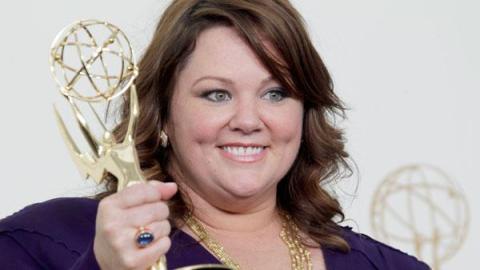 Everyone’s favorite way to dispute the article’s claim is to name drop Melissa McCarthy. But the list of women who won’t be in Playboy anytime soon yet have had and continue to have successful comedic careers goes on. Amy Poehler, Casey Wilson, Martha Plimpton, Maria Bamford, Kaitlin Olson, etc. All funny as shit and have their fair share of admirers. But hot? Not by Fox News’ standards. Still I don’t see them stooping to the mediocre comedic stylings of Olivia Munn types anytime soon.

On the bright side, maybe this means we’ve moved past the “Are women funny?” question.