As you may or may not have seen on tumblr, Jesse Rosten, a Redding director and cinematographer, has created Fotoshop by Adobé, a commercial parody about standards of beauty featuring “products” such as Healing Brush (a pro-pixel intensifying fauxtanical hydro-jargon micro bead extract), Hue/Saturation, and Liquefy.

The result is both hilarious, and also: sounds like it could be any beauty-product commercial ever. Except that it’s a little more honest. 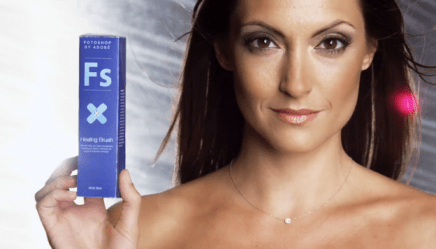 In an interview with Doni Chamberlain on aNewsCafe.com, Rosten says he came up with the idea while watching an infomercial:

“Don’t think less of me if I tell you I was actually watching an informercial for some beauty product. I know, I know, but it was late at night and I was trying to fall back asleep so I picked the most boring thing I could find. The informercial showed a bunch of before and after photos of people that used the product. To me, the “after” photos looked exactly like the “before”, but with generous amounts of Photoshop applied. That made me laugh. That’s when this idea was born — in the middle of the night.”

In addition to several million views on Vimeo and YouTube, Rosten has heard the response has been positive:

“I haven’t heard directly from Adobe (makers of Photoshop) but a reporter in San Francisco was able to track down this official statement from Adobe: ‘Beauty standards are an issue for society as a whole and not something a software company can dictate. Adobe has always advocated responsible use of products like Photoshop, that fundamentally impact our visual culture. That said, we think filmmaker Jesse Rosten has done a very clever job of bringing this issue to the fore.’

I also heard that the beauty editor for Vogue tweeted a link to the video. It’s nice to see these big companies have a sense of humour.”

Watch it below (a transcript is available at Feministe):