Inexplicably, The Real L Word was nominated for Outstanding Reality Program, which I think means that the terrorists won.

Sidenote, this year I learned that although most of GLAAD’s nominations are culled from year-round media monitoring of mainstream media, but if you make media by and for the LGBT audience, you or your media outlet must submit an application to be considered (with a $50 processing fee).

Because the world gets curiouser and curiouser every goddamn second, Lady Gaga and her mother Cynthia Germanatta will be launching her new non-profit, The Born This Way Foundation, on Wednesday, February 29th at Harvard University. Along with some “very special guests” and co-hosted by The John D. & Catherine T. MacArthur Foundation, The California Endowment, Harvard’s Berkman Center for Internet & Society and the Harvard Graduate School of Education, this one-day event will involve unveiling BWTF “before a crowd of policy makers, non-profit organizations, foundation leaders and youth themselves who are working to create a kinder and braver world.”

Germanotta says: “My daughter’s foundation was born out of her passion to create a better world where people are kinder and nicer to one another and are accepted for who they are, regardless of how different they may be. She has experienced many of the struggles that our youth encounter today, and identifies with the lasting effects they can have without proper support. Together, we look forward to creating a new movement that will engage and empower youth and accept them as valuable members of our society.”

More details about what the organization will do will be announced as the day nears. Anyhow, it sounds delightful and I applaud you, Lady Gaga. 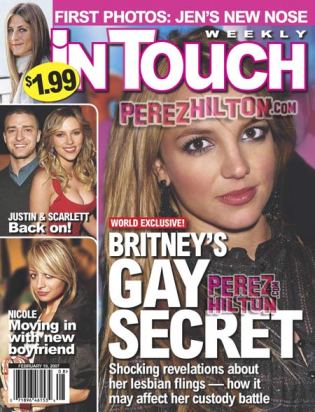 By the way, he’s also suing Britney for sexual harassment, so on a scale of one to ten I wouldn’t trust a word this asshole says. Regardless, there’s something about her that has always really pinged, you know? Does anyone else feel this way?

Megaupload, where I’ve watched more television episodes than I should perhaps disclose, has been shut down. The CEO, Kim Dotcom (formerly known as Kim Schmitz) and three other men were arrested by U.S. officials on Thursday in New Zealand. The indictment claims they cost copyright holders more than $500 million in lost revenue.

Kim Schmitz has a long history of lawbreaking, he’s been prosecuted for insider training, embezzlement, computer fraud and handling stolen goods in the past.

I’d like to point out that this is a great example of how the government can prosecute content pirates without passing a bill to fuck up the entire internet!