I love Brandi Carlile. Her voice hits all of those tender notes for me — partly because she has an amazing voice, and partly because I started listening to her in high school, starting with her self-titled album. I’d downloaded the song “Throw It All Away” from Brandi Carlile and burned the song onto a CD and put my CD player on repeat forever and ever. I attached myself to Carlile because I felt some kind of queer kinship with her — and this was before she (and I) came out officially. There was something about that hair. Something about those tomboyish clothes. Something about how gender-nonspecific a lot of her songs were — she’d always speak to a “you” and not to a “him” or “her,” which I conveniently used to fill in the gender blanks for myself. 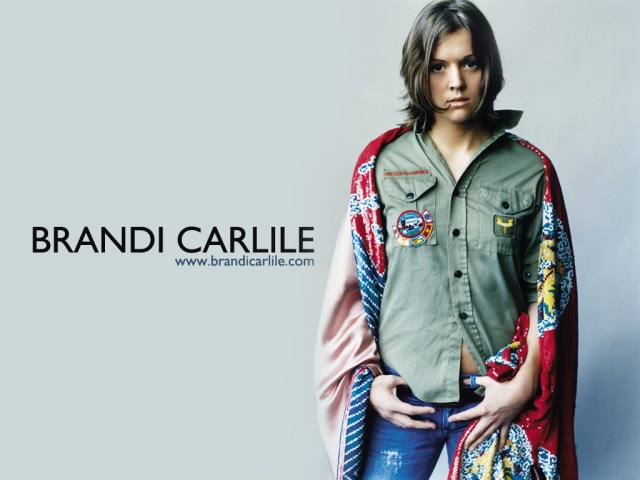 If you haven’t heard of Carlile, you’ve probably heard her songs — most notably, “The Story,” which was featured on Grey’s Anatomy. It’s a song that similarly gets to my heartstrings; Carlile’s strained and emotional voice does it for me every time. Covering the song requires a voice powerful enough to figuratively blow people away (Fus Ro Dah style, if you get what I mean). The emotional / musical crescendo of the song reaches fever pitch with the lines “I climbed across the mountain tops / I swam all across the ocean blue” — it’s amazing how well a lot of the cover songs keep this energy and make my eyes tear up a little (okay maybe more than a little). I just love this song, you guys.

Here are five cover songs of “The Story” (and one cover of “Throw It All Away” at the end because one: EMOTIONAL RELEVANCE and two: The singer is brilliant and has an adorable hair cut to boot). The covers range from a rockin’, tattooed lady / genderqueer band covering “The Story” to a Smith student belting her heart out at her Baccalaureate. Take a listen.

This first cover is by Carly Calbero — a Washington state native with a voice made out of a thousand beautiful things like unicorns and puppies and cookies shaped like baleen whales. She’s wearing what looks like a Tegan and Sara t-shirt, and has a friend accompanying her on a cajon (a sort of box-like percussive instrument that functions like a portable drum set). It’s an amazing cover.

Dallas musician Strawberry Riley — her voice is the soulful-est thing ever. Her Soundcloud page has covers of Etta James (“Sunday Kind of Love” covered exquisitely) and Gloria Gaynor (“I Will Survive”). But let’s back to Brandi Carlile — the cover song features guitar by The Brown Boy and her voice carries the emotional quality of “The Story” perfectly.

The third is by YouTube user FamousGrrrouse, with an astounding performance at the Smith college School of Social Work Baccalaureate. While the venue might seem a bit big and echo-y, her voice fills the space beautifully — wait for the “I climbed across the mountain tops” line. Your jaw will fall off.

The fourth is by Kathy Camejo from Atlanta, GA, who carries the song brilliantly. Her voice is husky and deep at the right parts and high and affecting at others — plus I kind of love her leather bracelet and her backwards cap, not going to lie. She adorably banters a bit for the first 50 seconds; if you want to jump right in, skip to the 50 second mark to get to the music.

The fifth is performed by Workin Minerva, a band from South Lake Tahoe, CA. The Workin Minerva has performed at Reno Rainbow Fest in Nevada, and the band’s general aesthetic is loud, rocky, tattooed and gender non-normative, from spiky short red hair to plaid shirts and fedoras. Bonus points for watching the person on the left — the fist-pumping-est, adorable-est backup singer ever.

The last is a cover song of “Throw It All Away” that I had to throw in here because it’s my favorite Brandi Carlile song. It’s performed by Meg Mischler and she’s accompanied by guitar and cajon. Not only is her voice brilliant, but I love her hair. Did I mention that already?