The Fall TV schedule is coming up in a few short weeks, and that means the return of the show so many of us continue to get roped into every week despite the fact that it always lets us down and spits in our faces. Of course I’m talking about Glee. Earlier this month, Glee announced that Demi Lovato was going to be a guest star for several episodes of its upcoming fifth season this fall. Recently Glee star Naya Rivera made that news a million times better and a billion times gayer when she told MTV that Lovato would be playing Santana Lopez’s love interest on the show. 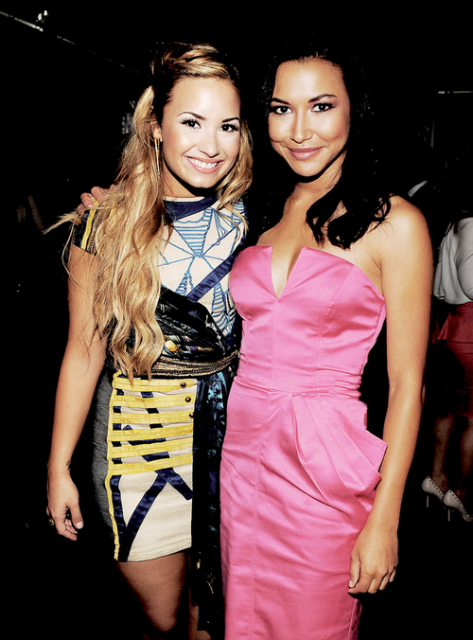 TV Line says that Lovato’s character will be named Dani and will be a struggling musician living in New York. The character is a friend of Rachel and Santana’s and she’ll also be in several episodes with Adam Lambert, who will also be playing another New York based character. The addition of more characters to the New York setting where Santana, Rachel and Kurt already live alongside an ensemble of others at NYADA and Vogue seems to indicate the possibility that the show will spend more and more time away from Lima. Lovato will be appearing in at least six episodes, with the first being the second episode of Glee’s Beatles’ tribute on October 3. 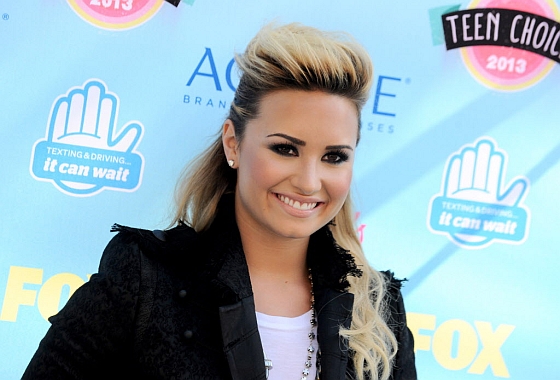 Lovato is currently a judge on the Fox show X Factor and also has a successful singing career. However, she first become a star while acting on the Disney Channel. Her role on Glee will be the first time she has acted since she left her Disney Channel show Sonny With a Chance in early 2011. At that time she put her acting career on hiatus due to her struggles with addiction, self-injury, an eating disorder and mental issues. This is a welcome return to acting for the 21 year old.

Rivera was at the VMAs last weekend when reporters asked started asking her questions about her upcoming single “Sorry,” her fans and what we could expect during the fifth season. When asked what she thought Lovato would add to the show, Rivera expressed her excitement at the characters’ potential relationship.

I mean, she’s playing my love interest, so I’m very, very excited about that. We get to sing a song together. It’s gonna be good. I’m excited to work with her. We’re bringing her to the dark side. Well, she comes in in a Beatles episode, so [we’re singing] a Beatles song. I’m excited. 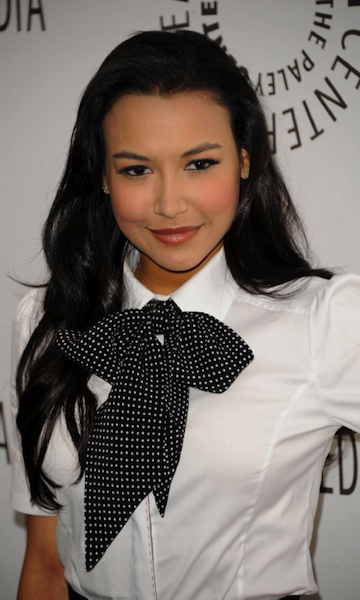 While Glee has a huge amount of problems and has had more than its fair share of bad episodes,  Glee has earned a particular brand of resentment for its long track record of mistreating its queer women characters. Although Brittany and Santana first talked about having sex with each other in Season One and admitted to each other that they loved one another in Season Two, they didn’t actually kiss on screen until the thirteenth episode of Season Three. Additionally, the show has repeatedly denied the existence of bisexuals and treated Santana’s being outed as though it wasn’t the huge, horrible deal that it was. And then there’s the way the show repeatedly misgenders, insults and uses slurs and tired stereotypes against Unique and other trans* characters. I’m hoping for the absolute best for Lovato’s character and her relationship with Santana, but I’m also crossing every finger and toe that I have. 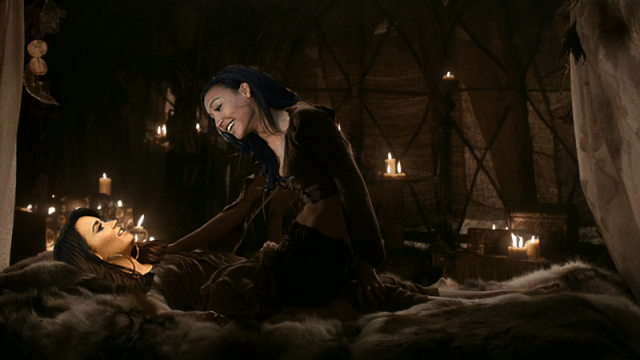 Coming soon to your TV, sorta

The inclusion of this storyline for Santana could be a step in the right direction. Santana and Brittany’s break up last season left many fans heartbroken and angry. And that’s after many fans were already fed up with the way the show’s writers had been treating Santana. If Ryan Murphy and company can give Santana a real, meaningful relationship without being afraid to let them show affection on screen, it might give us a reason to keep watching. Also, by adding another queer woman of color, Glee, despite everything else, continues to have one of the most diverse casts on all of TV. The fact that they continue to misuse that cast is another story all together. That being said, Demi Lovato and Naya Rivera playing a pair of singing, dancing Latina lesbian lovers is surely the stuff of dreams. Let’s knock on wood in the hopes that it doesn’t turn into a nightmare in the hands of the Glee writing staff.