Welcome to the sixth recap of the first season of Faking It, a gothic horror story from the network that brought you Bam’s Unholy Union and From G’s to Gents.

We open in Amy’s boudoir, where our favorite fake lesbian couple, Karma and Amy, are chatting about that time Karma told that slab of roast beef she has a crush on that they could all enjoy a little three-way summer cabbage together as a family. 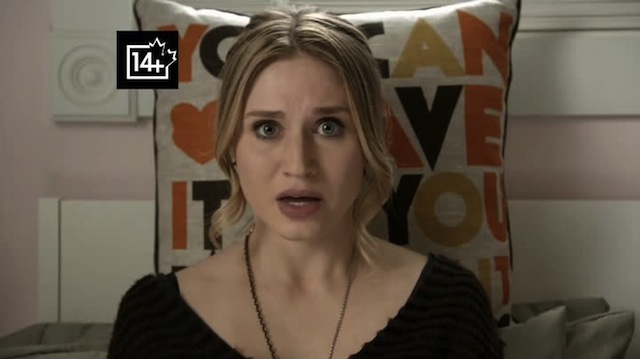 What do you mean the comic book store had no more copies of Lumberjanes?!!!

Karma’s got some ‘splaining to do: 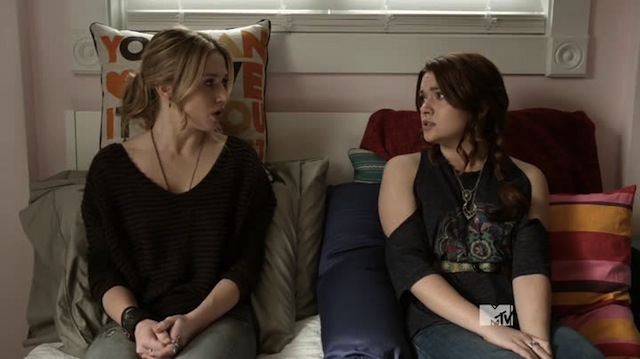 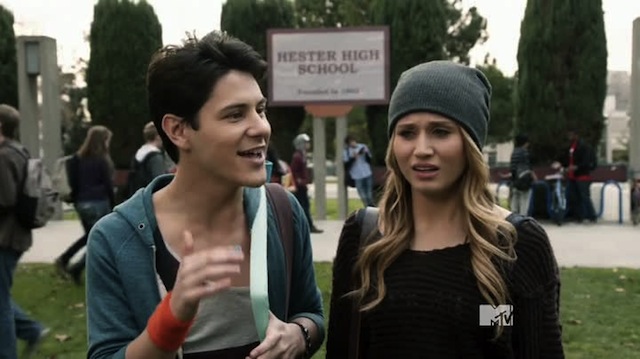 Girl, I’m telling you I can TOTALLY beatbox, I saw it on Glee

Shane: “Amy, this might as well be a big bi-curious batsignal in the sky. Karma wants you to have sex with her!”
Karma: “With her and a guy!”
Shane: “One does not suggest a threeway with one’s bff all willy-nilly. She has to be into you. In part or subconsciously or whatever.”

Amy tells Shane not to get her hopes up about Karma’s sexual desires and also re-states her lack of interest in honing Liam’s horn. Shane insists no hiding of Liam’s salami will be necessary, ’cause Liam and Amy can both focus on Karma and ignore each other. Shane’s an expert on threeways ’cause he fiddled on more than just the roof at theater camp. 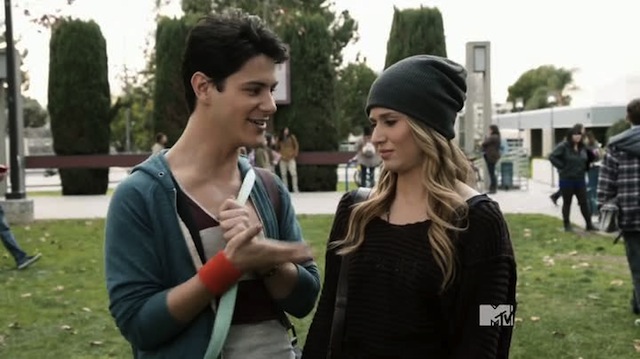 Hell no I’m not scissor-bumping you, dude

Shane: “Trust me, this is the perfect way to see how Karma feels about you!” 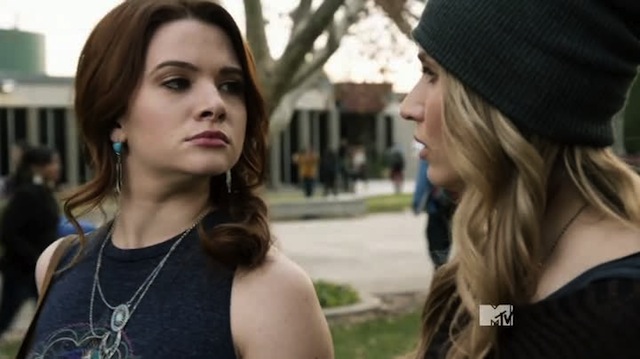 Doesn’t my no-shoulder shirt make you want to lick my shoulders, though?

Then they hug and Amy, knowing that she’s got a little extra leeway now, holds Karma just a little bit longer, and tighter too. 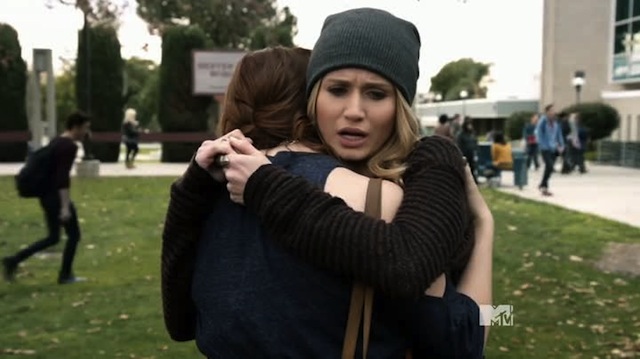 Snap to a room whose identity is currently under contention: Shane says it’s his yoga room, Lauren says it’s her dance studio and I say it’s a room for me to dance around to the Spring Awakening soundtrack in private. Apparently Lauren’s practicing for the Lone Star Big Ranch Steakhouse Supreme Dance Tango Event Hurrah. In fact, she’s currently awaiting the arrival of her dance partner. 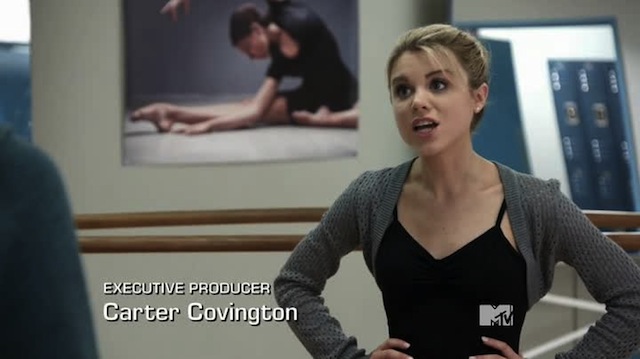 No, FOR YOUR INFORMATION I’ve been told that my vulva smells like a tequila sunrise

Then, Lauren’s dance partner, Pablo, arrives in his Warblers uniform and announces that he’s not a closet case. 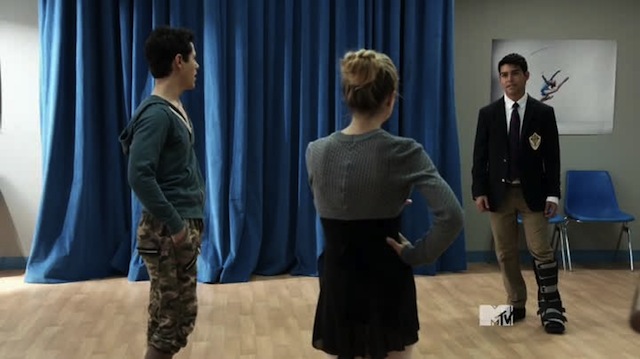 However, Pablo tripped on a nail gun at Habitat For Humanity last weekend which means Lauren’s got no dance partner for the big dancey dance dance! Obvs Shane volunteers, narrowly beating out Bradley Cooper’s character from Silver Linings Playbook for the prized spot on the twosome team. 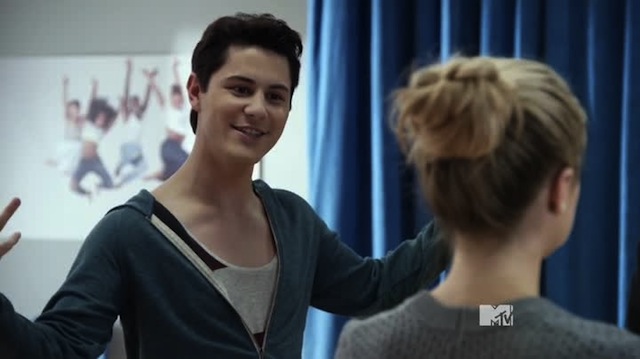 And then all of the birds in the entire forest flew right onto my outstretched arms, and that’s when I knew that I was one with nature forever

Snap over to The Metal Lounge, where Liam’s supes nervous to see Amy and Karma in front of his meatface. He splurges water all over himself just thinking about these two ladies scissoring. 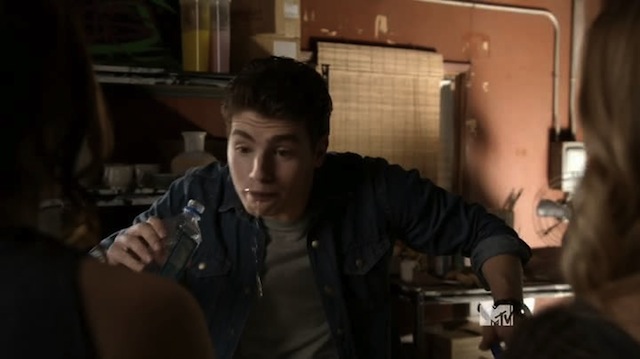 You guys. You guys I just love Amy so much. 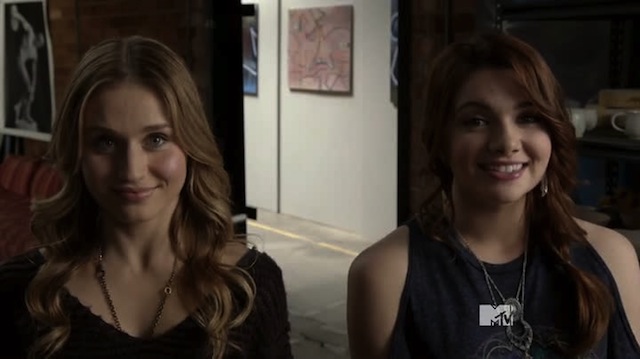 Anyhow, Liam’s shocked and awed — he’d assumed Karma was just joking and full of empty promises, just like all those other ladies who promised threesomes and never followed through.

Karma: “Well, we’re lesbians. Our word is our bond.”
Amy: “Our people never joke about threesomes. It’s a whole…thing.”

It’s true, we only joke about veganism, moving trucks and Jenny Schecter. Anyhow, Amy says they’re totes sure, if he’s sure, and like, also if they’re both sure, and is he sure though? Or is he unsure? Well here’s the thing: he is absolutely sure, like for sure sure.

Liam: “I just don’t want you to think that I’m some womanizing heteronormative bro dude who’s gonna brag to his buddies. You know, I’m just all for openness and sexual exploration.” 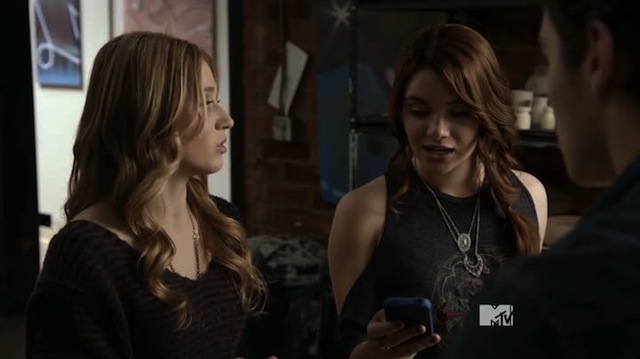 Oh wow, soooo it looks like my prescription is ready at Walgreen’s so gotta bounce

Amy’s like okay neat, let’s pick a time. How is Saturday. Everybody feels great about Saturday!

Liam: “Should I bring anything?”
Amy: “A deep fried appetizer sampler, extra calamari.”
Karma: “She’s kidding. This one! Just bring your sexy open minded self.”

Liam says he’s got this all totally under control and will provide all the things. 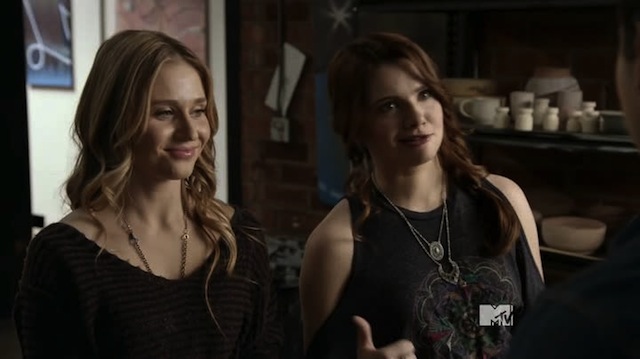 Back in the danceathon studio, Pablo and Shane are getting to know each other. Pablo goes to a prestigious Christian prep school and Shane is like, oh wow that’s THE WORST. But Pablo says it’s totally not the worst and he hopes Shane isn’t one of those closed-minded people who hates all Christians. 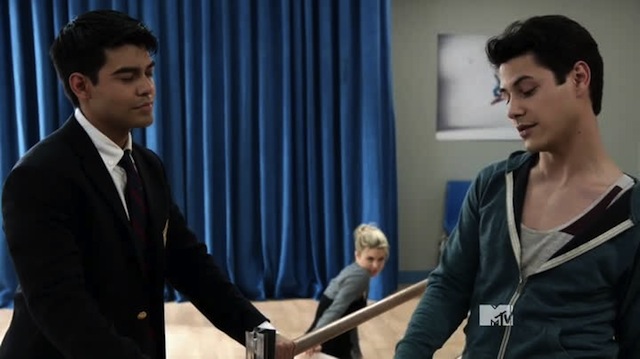 Shane is like no I love spirituality, I just did this GOOP cleanse, and then Pablo is like, omg I also GOOP, and then Lauren and I are both like OMG STOP.

Cut to the principal’s office, where two bros are arguing about a sport involving balls on a field and one of them has a tampon in his nose and Principal Penelope Deliah Fisher is gonna get them a steak to put on that shiner. 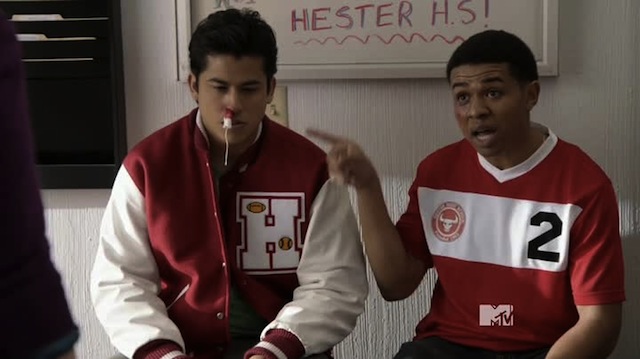 I told him ten THOUSAND times that he needs to switch to Diva Cups but he just will not listen! 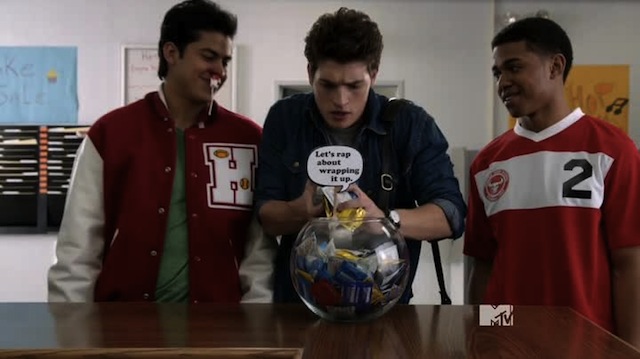 Hey dude if you’re stealing that shit to sell it on the black market then I know a guy who knows a guy, so

The two bros say a bunch of weirdo gross things and I want to stick tampons in their eyeballs. NEXT!