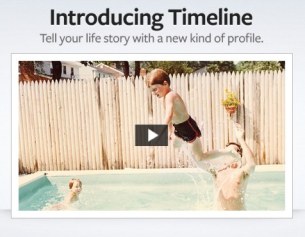 Last week, Mark Zuckerberg announced what’s in the cards for Facebook, the trusty ol’ social network we’ve collectively dug our claws into, for better or worse. Whether out of loyalty, ennui, or social necessity, most of us do use Facebook — but if you’re still hanging out with me in the conceptually superior social ghost town of Google+, bully for you!

After solely visiting Facebook for the occasional harried photo untagging here and there, I was still hoping some massive privacy scandal would sink the whole ship. But the winds of change are blowing! They’re blowing gradually, so as to dilute the collective fury of 800 million people afraid of change, but the revolution will reach your profile page soon enough. It’s quite possibly the biggest change to ever sweep through the social network — and you’re either going to love it or hate it.

You’ve probably seen some new stuff popping up over the last few weeks. Suddenly there’s the Ticker, that scrolling right-hand sidebar that puts the real in “real-time” with a Twitter-like feed of the small stuff people are doing on the site at any given nanoscond. And we’ve got those new Google+-inspired privacy tweaks that help you filter what you share with who, so you don’t end up writing a 1700 word column about how boy, you sure wish Facebook would let you do that (ahem). Facebook acted fast, parrying Google+’s strengths with its own Zuckified retorts. And the weird part is, the new stuff is actually cool. Get ready for it. 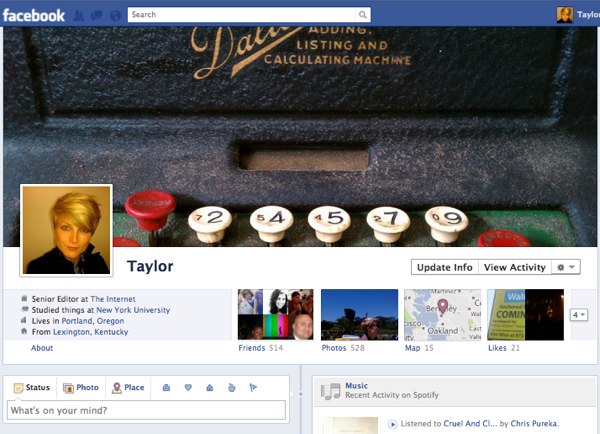 The Timeline: Your Worst Nightmare, Maybe

[Since you can do this cheatsky thing where you enroll as a Facebook app developer and sneak preview the Timeline, I’ve spent a week with the new feature. Which is to say, I got an exclusive invitation to the Facebook beta, hand-delivered by Mark Zuckerberg atop one of those things that serfs carry kings or pharaohs on in culturally anachronistic B-movies, kind of like this culturally problematic analogy.]

In an effort to both accidentally please me and make the stickiest, most addictive website in the world even stickier and more addictive, Facebook is killing off the profile page to raise it from the dead as the Timeline. In the beginning of Facebook, everything revolved around profile pages. I mean, profile pages were where it was at. And by ‘it,’ I mean the sexuality and relationship status of that barista with the blunt-cut bangs. But then Twitter hit in 2006. Micro-blogging became de rigueur. Facebook added the News Feed that September and so began the endless cascade of social micro-happenings. Why hunt around for dirt on someone when we could have it delivered to your doorstep? Just sit back and watch the world scroll by.

But let us now think back to that purer time. Instead of compulsively refreshing the News Feed, we skipped from profile to profile, like so many flat stones cast off across the social waters. And in some ways, with the Timeline, Facebook will return to those very roots. Literally our roots: our checkered pasts, viewed through the lens of our own little identity portals. Everybody knows that profile pages are the windows to the soul.

That’s where the Timeline comes in. Oh, the Timeline. If you’ve ever found yourself up in arms after your true-blue network made a few tweaks, get ready to be majorly riled. If you welcome change, you’re in luck! The Timeline is a big one. ‘What is it?,’ you might rightfully ask. ‘Just fucking tell me,’ you might reasonably demand in your inside voice. The Timeline is the new profile page — and if we’re being honest, the old ones died off years ago.

The Timeline is very visual reimagining of the profile page — one that ostensibly highlights the important stuff in our lives. The great news? We get to pick what matters. The first thing you’ll notice is that you’ll get to pick two photos: one wall tapestry-esque massive one, and your smaller profile pic. The second thing you’ll notice is that suddenly your profile page looks less like your Twitter feed and more like your Tumblr. Within two handsome, sparse columns you can curate the story of your life. Tell whatever story you want! Audit your own existence into oblivion! Redact your life with reckless abandon! It’s your story to tell now — or that’s the idea anyway. Social media is the strange shadow of the person we want that blunt-banged girl to think we are, after all. I guess that’s a story. 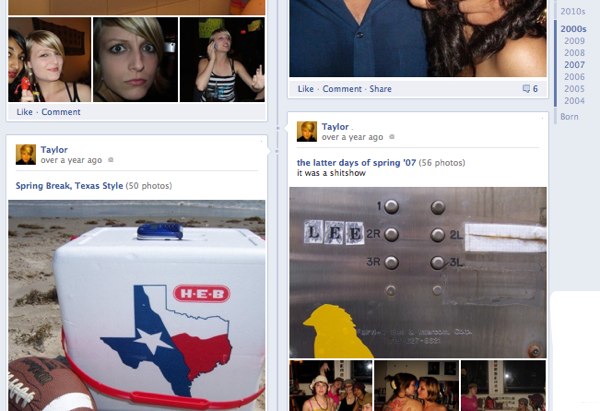 A particularly strange side effect of the new Timeline feature is that someone can now casually scroll back to the origins of time, which is to say that they can see all of those photos of you wearing too-heavy eyeliner, demonstrating your command of the beer bong back in 2004. This sounds horrifying right? I mean, it’s essentially dredging up your entire living history as documented by Facebook. And what I learned — the weird way — is that we didn’t always use Facebook like we use it now. Just as the great News Feed revolution of 2006 changed our social media selves in ways (regrettably) irrevocable, Facebook was an entirely different animal at the outset. (We might have even called it ‘the Facebook!’ I’ll have to consult my timeline.) Looking back to 2004, we didn’t quote know what to make of Facebook. The earliest messages I dug up on the site have the one-sidedness of a message in a (virtual) bottle.  Those awkward, ancient missives read more like the socially-pressurized inside cover of a high school yearbook than the Facebook we know now. We might have even written them in the third person…imagine that! 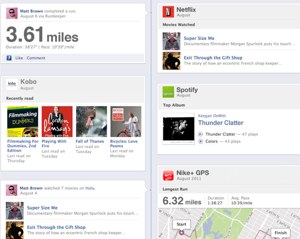 It’s fascinating to see how the network has evolved over time, and how the hoodie-headed minds behind it can shape the way we actually communicate. The parameters of social acceptability have since shifted too: While poking was once in vogue — or at least I thought it was — nowadays a stray poke is gauche. Pokes are reserved for irony only, as a backward glance to the time when we actually did that in some earnestness. Now, the Like is the reigning gesture of flippant semi-interest. We don’t put much of ourselves out there these days — there’s rejection to contend with after all! — we just idly click Like button after Like button, hoping that the Likee interprets our act of trance-like devotion or total ambivalence exactly as we meant it. We Like and we Like and pray they Like us the way we Like them –– or we never remember clicking the button to begin with.

As a born scrapbooker, I’m compelled by the Timeline changes. I like to see old, weird things come to light —  to watch my entire incongruous history dredged up at once, kicking and screaming, like some tangled net of crabs on Deadliest Catch. The curation option feels like a return to blogging and a move away from the meaningless, bizarrely addictive micro-expressions that we so frequently zap to the heavens in 140 characters or less. With the News Feed, the past 10 minutes were the only relevant touchstone of personal identity — new data just keeps scrolling in and scrolling in, after all! Now that we’ve got the Ticker off on the side to siphon off our attention deficit tendencies, the new profile page will offer a more stable, dynamic way to express ourselves (and peer into our friends’ projected inner lives, of course).

With the Timeline, our rich, weird web histories are no longer the buried, vestigial artifacts of A Different Time. We can haul them out of obscurity at will to tell the story we want. And maybe your story has a great hair day for four consecutive years and an endless battery of pitch-perfect jokes  — but at least it’s your story to tell. Tell it how you want.