The Asian American Writers’ Workshop has posted a translated excerpt from Notes of a Crocodile by Qiu Miaojin, one of the first openly lesbian writers in 1990’s post-martial law Taiwan. Famous for her unapologetic queer themes, she committed suicide at 26 and was posthumously awarded the China Times Honorary Prize for Literature for Notes in 1995.  As translator Bonnie Huie explains in the introduction to the excerpt, Notes is an exploration of dualities — masculinity and femininity, cruelty and mercy, and, perhaps most importantly, the boundaries created by heteronormativity and those who live outside of those boundaries. The narrator of Notes describes it a “survival manual for a younger generation.” But it’s not just a survival manual for younger queers. Huie writes, “You don’t have to be just one thing, Qiu seems to be saying, and if you are to become a truly empathetic individual, you cannot allow yourself to perceive others as such.” I think that’s a lesson that transcends queerness and encompasses all identity politics, and it’s something that resonates very strongly with me. I can’t wait to read the entire novel. 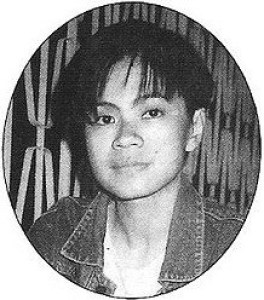 Daytime. As soon as the alarm sounded, I’d leap out of bed and “go to work” for my club. Didn’t wash my face, didn’t brush my teeth. Had to practically fly on my bike to campus. It was as if I’d made an appointment with colleagues and was rushing documents to this extracurricular organization, or preparing for a noontime meeting. Even designing the promotional fliers, sending mailers, organizing archives, or running any type of errand might be of the utmost importance, though there was never enough time to handle the bulk of it. You had to treat it like a boring game by acting serious and earnestly focusing on the matter at hand. It amounted to self-motivation through a theoretical earnestness. This is what entering society and the workforce would be like in the future. This having been decided, if you wanted to move up, you had to play the game on a sophisticated level, and with excitement. Otherwise you’d lose your passion a little. Get muddled. Gradually descend into a voluntary state of meaninglessness.

Almost completely lost track of schoolwork. My gym teacher wanted to murder me. I heard the news that the military drill instructor was looking everywhere for me and “wanted to see me in his office.” Buried my head in the sand. I was about to fail half or even two-thirds of my credits, which would flunk me out of school. To an ordinary person, this particular shift to a value system that meant actually having a life was symbolic of a future roadmap with deteriorating hopes. I was throwing away my life. It was like hammering a steel axle through a spinning top, so that it would automatically spin on a fixed point on the ground. Though it was automated, in reality it was aimless, all meaning was lost. Eagerly hurrying off to attend to student organization affairs, I worked to my heart’s content straight up until 10 o’clock in the evening, when I went home. It became my steel axle, spinning faster and faster, to the point where it was unstoppable. After I got home, I’d habitually open a beer and drink myself into a stupor, and basically kill time until my alarm went off the next morning.