Professor Darnell Hunt of UCLA’s Ralph J. Bunche Center for African American Studies released preliminary data at this year’s National Association for Multi-Ethnicity in Communications Conference from the forthcoming publication, “Hollywood Diversity Brief: Spotlight on Cable Television.” The data suggests that viewers are more likely to watch shows with racially diverse casts and writing staffs. Dr. Hunt had this to say about the research:

This is one of the first studies, to my knowledge, that attempts to flesh out the relationship between the issue of diversity among cast members and writers and the bottom line. While this brief is just the first snapshot in what we envision as a multi-year study, it certainly lends support to an argument we have been making for a long time. Everyone in the industry talks about the importance of diversity, but it clearly isn’t priority one when decisions are made. And it’s not going to be a priority until people realize how it affects the bottom line.

The analysis for cable television shows (minus reality programming) demonstrates that casts that were 31-40% minority had the highest median household ratings. Casts of 10% minority or less had the lowest ratings, yet constituted the largest number of cable shows in the analysis. That’s right. Despite diverse casts performing better than super white ones, most shows are STILL super white.

And it gets better! Not in the sense of it gets more diverse and such. Just that the data justifies the points we are constantly trying to make (which is that the more diverse things are at every level, the more enjoyable televisions shows are) BECAUSE shows with diverse writing staffs also fare better in cable ratings. Researchers found that writing staffs with 10% minority or less (AKA a vast majority of shows in the analysis) slumped in ratings when compared to shows that had 11-20% and 41-50% minority staffs.

The analysis does dip its toes in broadcast waters as well. During the 2011-2012 season, median household ratings peaked among shows that were 41-50% minority and dropped off for shows with only 10% minority or less. Token characters just aren’t cutting it anymore, people! This is a jump, but maybe part of the reason cable shows are doing better and networks continues to plummet is because cable seem more proactive about showcasing minority voices, writers, and performers–at least according to this data. 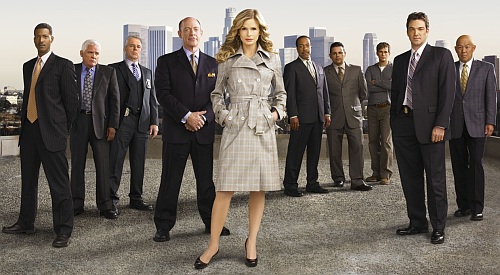 I’m eager for the full study to come out because I have a feeling that minority women are doing a lot worse than their male counterparts, and hope the analysis at least touches on the gender divide. Of the cable shows the release names as having 31-40% minority cast members (A.N.T. Farm, The Closer, and Falling Skies), only one minority woman is shown in the promo shots of major characters from all three shows. One minority woman. Total. From shows that supposedly have 31-40% minority cast members. And she’s a teenager. 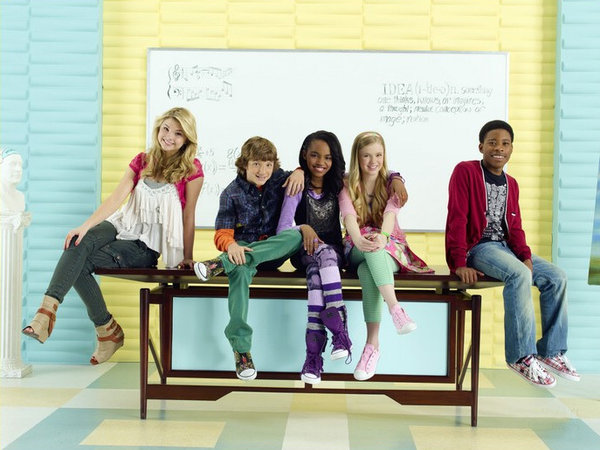 Sorry, kid. This might be as good as it gets.

I’ve read a couple of books about television development and scheduling and they made it clear that this is not some network secret. Execs know that one of the best ways to bring in more viewers is to add a minority cast member. In fact, it’s the go to move for shows that are struggling or having trouble with a certain demographic. Women aren’t watching the show? Add a female character! Only white people tune in? Throw a token at your problem!

Despite the outrage, feelings, and general disappointment with the lack of minority representation in the media, white dudes continue to insist they know what’s best. Maybe with the help of these numbers and more studies like this one, they’ll finally accept that money is being lost by not diversifying productions, because clearly they don’t care about the fact that diverse perspectives strengthen shows and storylines. The more we depart from prioritizing, glorifying, and focusing on straight white male voices, the more room there will be for not only racial minorities but LGBT performers and writers as well.