Following in the forward-thinking footsteps of the United Church of Christ, the Episcopal House of Bishops recently approved a blessing for same-sex couples in an overwhelming 111-41 vote. Taking place at the 77th Annual General Convention, this landmark decision not only embraces queer couples within the faith, but makes the Episcopal Church–with a membership a little under two million–the largest gay-friendly religious denomination in the US. 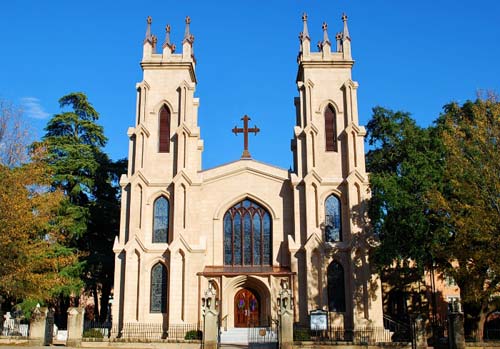 The “Witnessing and Blessing of Lifelong Covenant”, originally proposed at the General Convention in 2009, was unveiled this Tuesday:

Dear friends in Christ, we have gathered together today to witness [name] and [name] publicly committing themselves to one another and, in the name of the Church, to bless their union: A relationship of mutual fidelity and steadfast love, forsaking all others, holding one another in tenderness and respect, in strength and bravery, as long as they live. Therefore, in the name of Christ, let us pray that they may be strengthened for the promises they make this day, and that we will have the generosity to support them in what they undertake and the wisdom to see God at work in their life together.

The Blessing is similar to the one used to bless opposite-sex unions, but it’s missing a few of the critical passages about the relationship being “established by God” and the relationship signifying “the union between Christ and his Church.” Half of the criticism about the same-sex Blessing is that it’s the civil union to the opposite-sex Blessing’s marriage. To quote Joe of Joe.My.God, “It’s still not a real marriage.”

Regardless, the Episcopal Church has been The Church of England’s naughty progressive offspring since the American Revolution. As its parental institution continues to stall over the ordainment of female bishops, The Episcopal Church has been there, done that since the 1989 confirmation of Barbara Harris. Prior to that in 1977, the Church made homophobes blue around the gills when Ellen Barrett became its first lesbian priest. 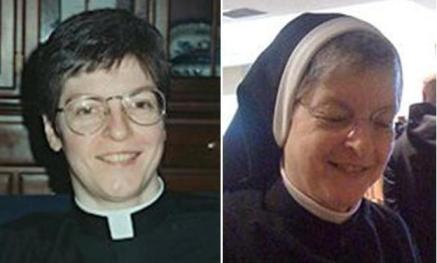 Because of its decision to bless the homosexuals, the Episcopal Church is also receiving criticism from within its own congregation.

This singular motion will result in the Episcopal Church of the United States marching not simply out of step with but completely out of line with the faith.
– Reverand David Thurlow

Yet this is a threat that Episcopalian conservatives have been making for decades.

Since the 2009 decision to allow gay bishops:

Along with many in the communion, I hope and pray that there won’t be decisions in the coming days that will push us further apart.
-Rowan Williams

Since the 1991 ordainment of Elizabeth Carl, a lesbian:

Events such as the ordination in the Diocese of Washington can trigger the sort of attention that may make positive dialogue more difficult and polarize the church.”
-Rev. Edmond L. Browning

And since the selection of Barbara Harris in 1988:

[Her ordainment] is a serious challenge to many in the church.
-Rev. Eddy Stride

While the Episcopalian Church seems far from collapse due to inclusiveness, its track record with gay issues is nuanced. In 1976, the Church affirmed that homosexuals were “children of God” deserving love. Yet when Elizabeth Carl–a lesbian with a lifelong partner–was ordained in 1991, the General Convention clarified that sex should only occur within opposite-sex marriages a short month later. The House of Bishops is so wary of disappointing its conservative members that it occasionally reneges previous decisions.

One of the most progressive–and least discussed–moves at this year’s General Convention was the approval of anti-discriminatory language for transgender clergy and congregation members. While some dioceses already ordain transgender individuals, it remains to be seen whether the Church will take an official stance on the issue.