“We only want justice, but sometimes it is not always clear what justice is when you are black in this country,” admitted Amina Baraka, wife of the late-poet Amiri Baraka, after prosecutors indicted James Coleman for the murder of their daughter, Shani Baraka, and her partner Rayshon “Ray-Ray” Holmes. On August 12, 2003, Coleman — estranged husband of Shani’s sister, Wanda Pasha — shot and killed the Black lesbian couple in Pasha’s home. A little more than a decade later, Amina Baraka’s words ring true again as yet another Black lesbian couple is slain in Houston, TX. Justice, indeed, is not always clear when you are Black, and queer, and a woman in this country and the threat of violence is never too far removed from you. 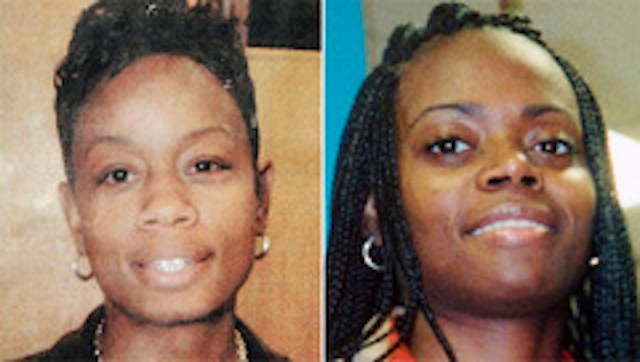 Perhaps the most harrowing component of these killings is that the perpetrator(s) of such violence are not the strangers we women have been socialized to fear, but often family members who we should be able to trust — men who feel threatened by women in committed relationships with other women. In a brilliant piece on Out called “When Black Lesbians Are Killed by Black Men“, Darnell Moore reflects on the prevalence of violence directed at queer Black women and charges Black men with the task of acknowledging, abandoning, and reconciling these daily acts of violence.

“Thus, like Shani and Ray-Ray, like Shani’s older lesbian aunt (and Amiri’s sister) Kimako before her, like 15-year-old lesbian Sakia Gunn who like Shani called Newark home, black lesbians Britney Cosby and Crystal Jackson from Houston, Texas, were killed by Black men—some of whom were family members. And whether the force that propelled the use of gun, or hand, or knife in the cases referenced above was sexism, misogyny, disdain of homosexuals, or all of the above, the killing of black women, black women loving women, by black men is a clarion reminder that the want for power and the afforded privileges offered to straight/queer/trans men folk—black, brown, and white—has dangerous and violent consequences. Murder is but one.” 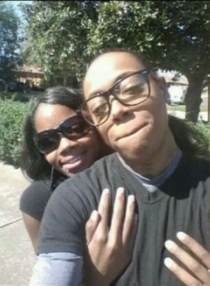 Without pathologizing Black people or suggesting that Black people are more inclined to be homophobic than any other ethnic group (which is false), I do want to emphasize that this phenomenon of violence towards Black women with same-sex desires or attractions is a Black issue. In 2012, 73% of anti-LGBTQ murder victims were people of color, and of the victims whose ethnicities were detailed, 54% of these murder victims were Black/African American. In the GLAAD study of Hate Violence in 2012, the writer observes “Black and African-American people were particularly overrepresented in the homicide rates [in 2012]: over half of the reported hate murders had Black or African American victims, even though Black and African-American people made up only 15% of total survivors and victims of hate crimes overall.” The conditions only worsen for queer Black women, the majority of whom were trans women.

HuffingtonPost Live invited a panel of queer Black individuals, including Moore, to discuss the question of Black men inflicting violence on queer Black women. Panelists agreed that this violence manifests at the intersection of racism, sexism, and homophobia; because queer Black women have more identities that are marginalized, their bodies become sites for hatred in an anti-Black, anti-woman, anti-LGBTQ society. Our anti-Black society does not value Black people’s lives the way it values white people’s lives. This distinction becomes obvious in the way that, even when the media addresses the deaths of Black people, it finds some backhanded way to stigmatize them (like when news outlets attacked Trayvon Martin for school suspensions and possible weed possession or emphasized how drunk Renisha McBride was the night she was murdered).

Furthermore, sexism privileges Black masculinity. Black communities’ convoluted relationships with gender trace as far back as slavery, which, as an institution, idealized white masculinity and took every opportunity to remind Black men that they could never access white men’s patriarchal power. Since that epoch in history, Black communities have had a fixation with preserving some mythical brand of Black masculinity, in an effort to never see it as delegitimized and disparaged as it was during slavery. For example, Black rights movements and events, like the Civil Rights Movement and the Million Man March, relied on ideas about Black men assuming their rightful place as the head of the family and taught Black men that they are entitled to Black women’s bodies. Unfortunately, this masculinity is often tied to violence. Many Black families are structured on notions that violence is corrective and that Black men are entitled to exact punishment to maintain order and show their dedication to and investment in their families. In her book, The Will to Change: Men, Masculinity, and Love, bell hooks explains, “Boys are encouraged by patriarchal thinking to claim rage as the easiest path to manliness. It should come to no surprise, then, that beneath the surface there is a seething anger in boys, a rage waiting for moments to be heard.” Coupled with institutionalized homophobia, which shames people for any semblance of homosexual attraction, desire, or behavior, Black men learn to see any threat to heterosexual masculinity as subject to correction — whether through the raping of queer bodies or the psychic trauma of “de-gaying” rhetoric — or as worthy of eradication. 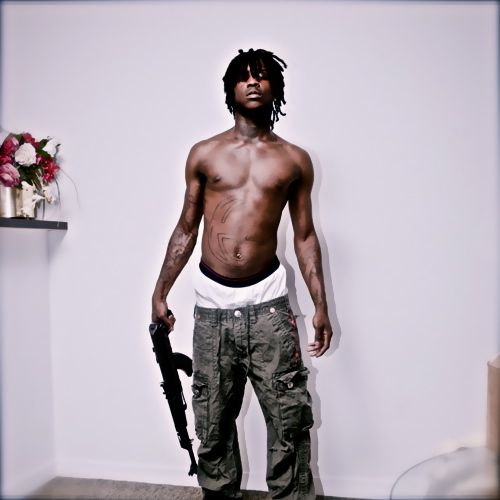 Unfortunately, this is how Black men are too often depicted in the media
via Black Youth Project

When asked on HuffingtonPost Live how to repair this violence, Myisha Cherry, a philosophy professor at John Jay College, suggested that we must all mind our own business. She asserted that if we all respected each other’s desires and paid attention to our own lives, we would make progress in ending violence against queer Black women. I disagree; I think that “minding our own business” is complicit in the violence we see against queer Black women. This violence exists because depictions of masculinity, especially of Black masculinity, go unchallenged and remain intact. This violence destroys families and ends lives because it’s always someone else’s problem and the faces of queer Black women whose lives were stolen from them are distant, tragic images until the victim is a mother, a sister, an aunt, a friend, or maybe even you.

Violence touches the lives of queer Black women in a unique way. Not all LGBTQ people have the same access to, nor the guarantee of safety. I said earlier that the killing and devastation of queer Black women’s bodies is a Black issue, but Black people are neither the only one’s responsible for this phenomenon, nor do we make up the only communities culpable. Although injustice touches our lives differently, we all must hold ourselves accountable. I want our communities to stop glorifying violent masculinity and to commit ourselves to creating healthier depictions of manhood. I want LGBTQ communities to stop using “safe space” as a catchphrase and to verbally, emotionally, and physically defend queer Black women, whether on the dance floor, on the streets, or in our homes. Moore’s article challenges Black men, but it also challenges us all — especially queer folk — to examine the way we enact violence upon each other. Queer Black women’s safety, as well as all people’s safety, should be a concern for LGBTQ people everywhere.