Everyone everywhere is lying, and I feel like the suburbs are where truth goes to give up, because no one needs that much space between themselves and the other side of their house. But sometimes there’s honesty in little things. These honest moments are easier to spot in a city like New York, because the lies here are huge, and I’m not part of them. 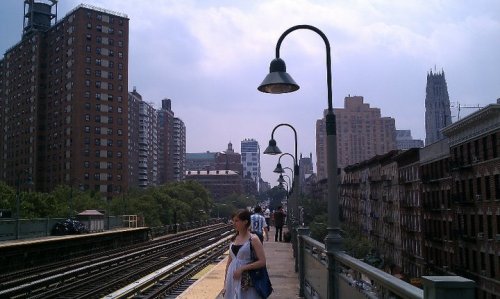 1. Getting cheese fries in your pajamas at 2 p.m.
In most places I’ve ever existed, you’re expected to get dressed before leaving the house, and certainly before 2 p.m., but not in New York. Occasionally, in my suburban cocoon, I want to get granola from Trader Joe’s in my pajamas, but I think/know that the employees and patrons wouldn’t appreciate it. So I lie to everyone by putting on clothes and pretending to have my shit together, and I buy my granola without any honesty whatsoever.

2. Cab drivers
Usually when people are in my car, I drive more carefully and try not to yell at the other drivers, even if I really want to. Cab drivers don’t care if their driving makes you nervous, they just want you to give them your money and get out of their cab.

Every now and then, though, a cab driver will sense that you’ve had an unpleasant evening and might decide to do something nice, like change the music. Sometimes, miraculously, when you’re having a meltdown in the middle of Times Square, a cab driver might hand you as many tissues as you need, then eventually the entire box. And when you give him your money, he might tell you that the boy you’re crying about isn’t worth it and you’ll say, “thank you,” (even though you weren’t crying about a boy) while you make sure not to leave any used tissues or your driver’s license in the back of his cab.

“I saw my first rats last night! After sitting on the stoop long enough and [redacted] enough [redacted], I’d decided they were more or less the same as stray cats, and that I wouldn’t be opposed to petting one, should it come close to me, so I’m really glad that didn’t happen. Going to reevaluate how much [redacted] and [redacted] I can safely consume before becoming a danger to myself and others / rats.”

Rats aren’t here to gross you out — they have a job to do. That job is to eat your garbage. Big deal. Honesty.

5. Taco Truck
The taco truck isn’t fucking around. What do you want? A taco? The people working in the taco truck want you to have that taco. This is a very simple, honest exchange. No big promises, no self-deprecating bullshit. Just tacos and some green sauce, unless you don’t want it (but I bet you do).

6. Riding the subway
If we all had money, we’d be in cabs or fancy cars instead of the subway. But we don’t have money and we’re not in cars; we’re broke and underground, and no one’s pretending to be any better off than the person sitting next to them.

7. Putting a box of water-soaked tampons in your bathroom window to dry
If you were to put a box of tampons in your open window in the suburbs, you’d get a letter from the HOA letting you know that at least three of your neighbors had anonymously filed complaints about it, because no one in the suburbs has anything better to do than make your life as miserable as theirs. In New York, no one cares what’s in your window. The people across the alley from Riese’s apartment have two empty peanut butter jars and a loofah in their window and I don’t give a shit. 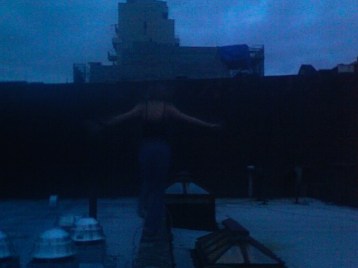 The only quiet spot in the city where you can be alone, besides your bedroom, I think, is a roof. You won’t find any propaganda or people who changed out of their pajamas before you did on the roof. As long as you’re not lying to yourself, the roof is an honest place.

One time, before I flew to New York and before you bookmarked www.autostraddle.com, Riese said, “the roof makes me feel alive because i’ve never jumped off it,” and I’ve loved her ever since.

Where do you live? Is it honest? Have you ever jumped off of anything? Do you like rats?