This morning, Time announced its Person of the Year. Considering the many ups and downs of 2013 – so many wins! so many more frustrating almost-wins! – it was no surprise to see two figures prominently associated with LGBT rights included on the short list: Pope Francis, winning the official “Person of the Year” title, and lesbian activist Edie Windsor taking second runner up. 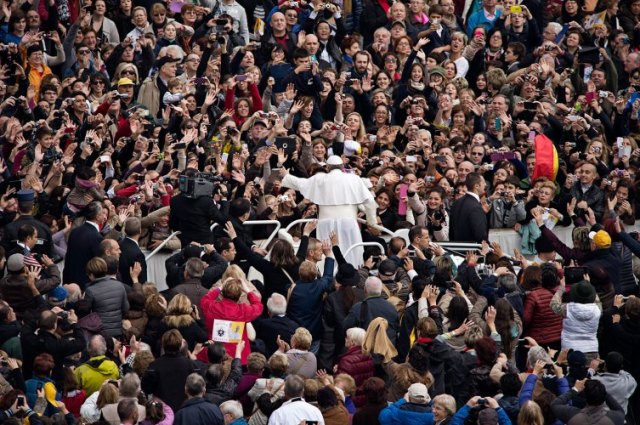 Thousands turn out in Rome to greet Francis during his biweekly audiences. Via Francesco Zizola / NOOR for TIME

In the profile of Pope Francis, Time highlights his connection to LGBT rights,

The five words that have come to define both the promise and the limits of Francis’ papacy came in the form of a question: “Who am I to judge?” That was his answer when asked about homo­sexuality by a reporter in July. Many assumed Francis, with those words, was changing church doctrine. Instead, he was merely changing its tone, searching for a pragmatic path to reach the faithful who had been repelled by their church or its emphasis on strict dos and don’ts. … In short, ease up on the hot-button issues. That might not seem like significant progress in the U.S. and other developed nations. But the Pope’s sensitivity to sexual orientation has a different impact in many developing countries, where homo­phobia is institutionalized, widespread and sanctioned.

This seems appropriate. While Pope Francis has been breaking new ground within the tradition of Catholic leadership, it’s important to note that he has not (yet) changed any official doctrine. Only time will tell how this shakes out. 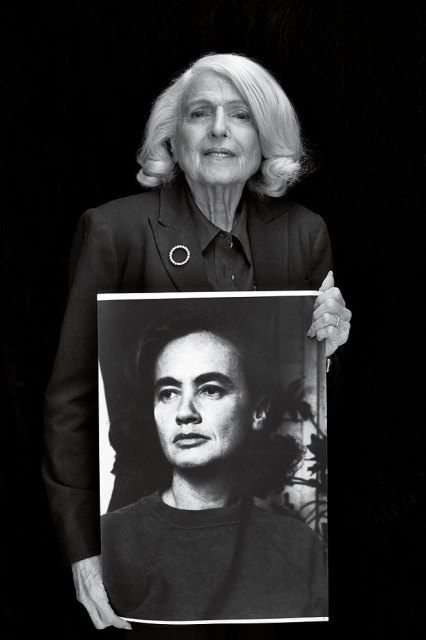 Edie Windsor holds a portrait of her wife, Thea Spyer. Via .

In Eliza Gray‘s profile of Edie Windsor, Time describes Windsor as an “unlikely activist” who slowly but steadily grew into the role of “matriarch of the gay-rights movement.” Chronicling the 84 year-old’s long journey to acceptance, the article lovingly describes Windsor’s secret girlhood crushes, her proposal to longtime partner Thea Spyer (done with a diamond brooch because an engagement ring would have been too risky), the first time she came out to coworkers (done the night before a biannual conference for computer programmers on the West Coast), and, eventually, her life as an out lesbian activist.

Windsor made national headlines in 2010 when she sued the government for a $363,053 refund of estate taxes she had to pay upon her spouse’s death. After a long legal battle, on June 26, 2013, the Supreme Court decided 5-4 in Windsor’s favor, overturning DOMA and federally recognizing same sex marriage for the very first time. 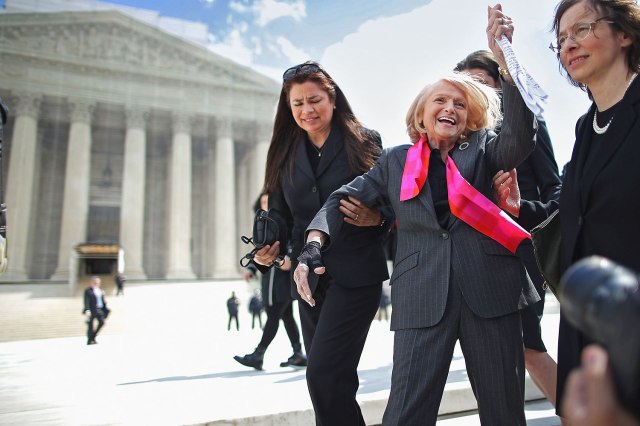 Windsor outside the Supreme Court when it heard oral arguments in March 2013. Via Chip Somodevilla / Getty Images.

I am honored that Time chose me as one of the number 3 individuals in the top 5 nominees for ‘Person of the Year,’ but I am just one person who was part of the extraordinary and on-going fight for marriage equality for all our families. There are thousands of people who helped us come this far and we still have a lot more work to do. The gay community is my ‘person of the year’ and I look forward to continuing to fight for equal rights and educate the public about our lives alongside my gay brothers and sisters and our allies.