My whole life I’ve loved the characters of DC Comics, but honestly, right now I’m only reading a few of their books. If 14-year-old me met today me, she would be absolutely shocked that I’m only reading four DC books to 13 Marvel books. Now, the DC Universe is relaunching itself for the next two years with DC Rebirth. But will this change make me (or other fans) actually read more of their books?

With the New 52 reboot, many fans, myself included, felt like DC set itself back, especially when it came to characters of color and queer characters. Favorites like Renee Montoya, Grace and Thunder, Cassandra Cain and Jaime Reyes were nowhere to be seen. Then came the DC You wave of books, which included solo titles for Black Canary, Midnighter and Poison Ivy. It looks like with this new rebranding, we’re loosing solo titles starring Catwoman, Midnighter and Poison Ivy, three queer characters, and Secret Six, which featured a bisexual male lead and a non-binary trans lead. There is some good news though, as some favorite characters will be returning and others will be getting new directions and new creative teams.

IGN has a really good article filled with details and creative teams for all the announced books; that’s where I got the information for this article. I’m definitely not saying that you should necessarily read all these comics, but these are the ones that I think will be your best shots for enjoying your weekly comics haul. 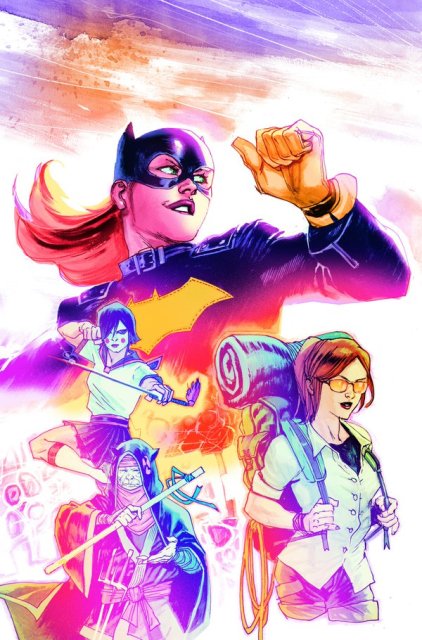 Written by Hope Larson and with art by Raphael Albuquerque, when Rebirth launches, Batgirl will have a new look. I’ve been loving her run in Burnside with Cameron Stewart, Brendan Fletcher and artist Babs Tarr, and honestly, I will be sad to see them go, but also I’m excited to see a woman back writing Batgirl. And it’s not just any woman; it’s Hope Larson, who’s written some great original graphic novels with some really terrific female characters. The story will feature Batgirl backpacking across Asia, but hopefully we’ll see some of Frankie and Alysia, Batgirl’s awesome queer friends and hopefully Larson and Albuquerque will be able to avoid the racist tropes and traditions that often come with stories that have this same premise. 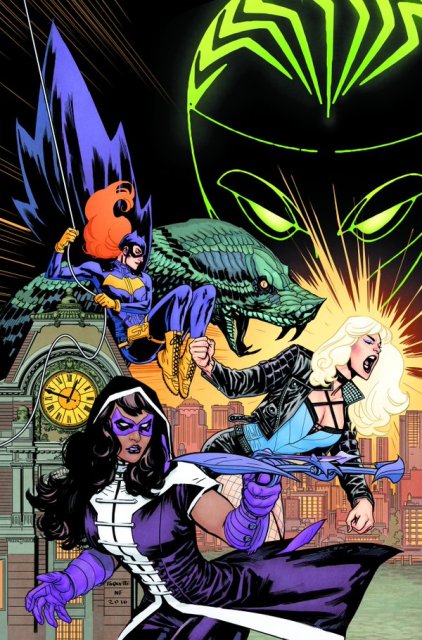 Batgirl and the Birds of Prey

This is probably the thing I’m most excited for. Seeing Batgirl team up with Black Canary and Huntress (who’s a woman of color!) is super great, and I’m hoping that Batgirl’s friend Frankie Charles will soon join the title officially as Oracle. I’m really excited because this book has two women writers (Julie and Shawna Benson from The 100) and a woman artist, Claire Roe. 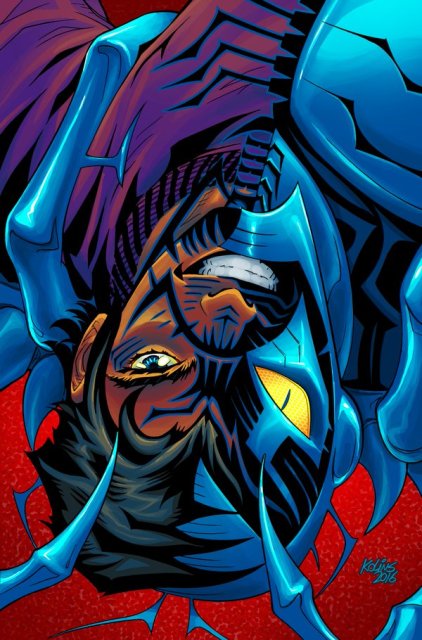 I’m not really planning on adding this to my pull list, but I will check it out in trades. I love Jaime Reyes as Blue Beetle, and so I’m super excited to see him again. Keith Giffen is writing and Scott Kolins is doing art on this series that will see Jaime Reyes being mentored by the original Blue Beetle, Ted Kord. 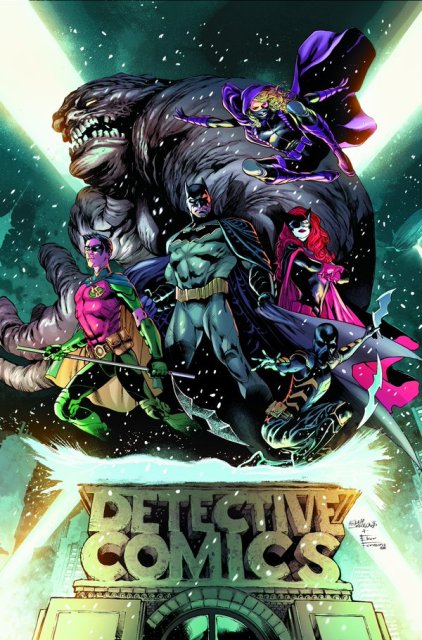 Batwoman is back! And she’s in a title with Cass Cain and Steph Brown! While I haven’t been a huge Batman fan for some years now, I’m going to give this book a chance just to see these three women that I love. Hopefully they’ll shine brightest in this book (and maybe even get solo titles because of it). James Tynion IV will be the writer with Eddy Barrows and Alvaro Martinez on art. 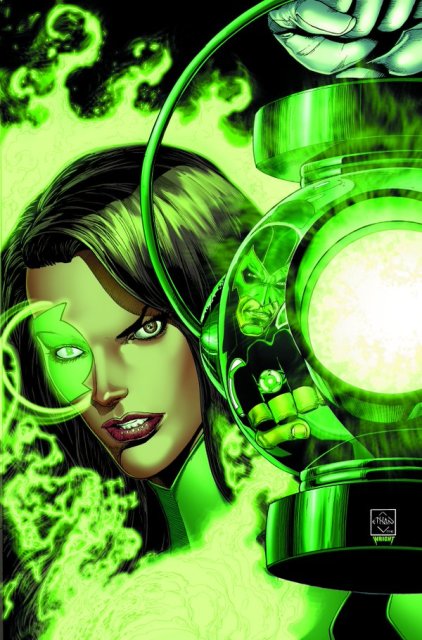 I normally wouldn’t be interested in a Green Lantern book, but the two characters that are the main focus are really interesting to me. Just a few weeks ago I was tweeting about how sad the lack of prestige Latina heroes in DC and Marvel makes me, and here she teams up with Simon Baz to have a book starring two Green Lanterns of color. Sam Humphries, who’s writing the terrific Jonesy, will write this book, which makes me even more excited for it. 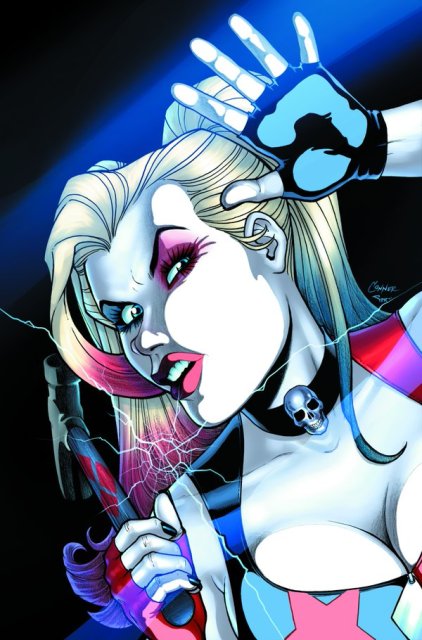 Really, the thing I’m most excited about with this title is that they said we’ll see more of Poison Ivy, which hopefully means that Harley’s queerness will be taken a little bit more seriously. Amanda Connor and Jimmy Palmiotti will continue to write this book, with artists Chad Hardin and John Timms coming onto the book. 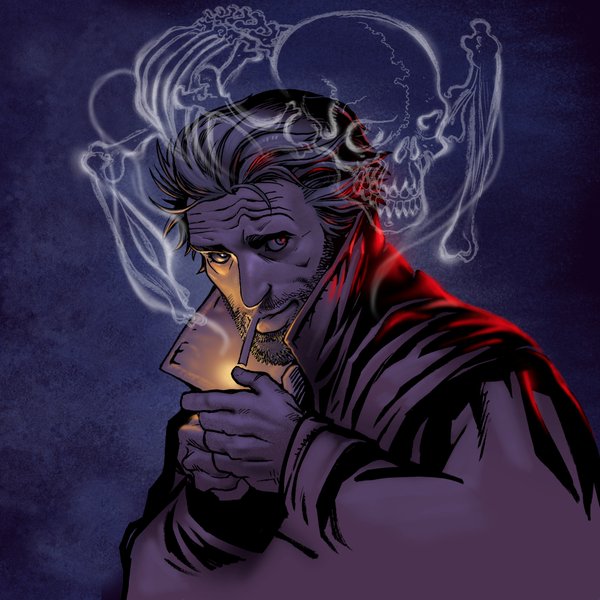 Along with Harley Quinn, this is the only solo title featuring a queer lead in the DC Rebirth. I’m a huge fan of Alan Moore’s classic Swamp Thing comics where he teams up with John Constantine, and that’s what this series will be about, so hopefully it can recapture some of that great horror comic atmosphere that that series had. This time Simon Oliver will be writing and Moritat will take over on art. 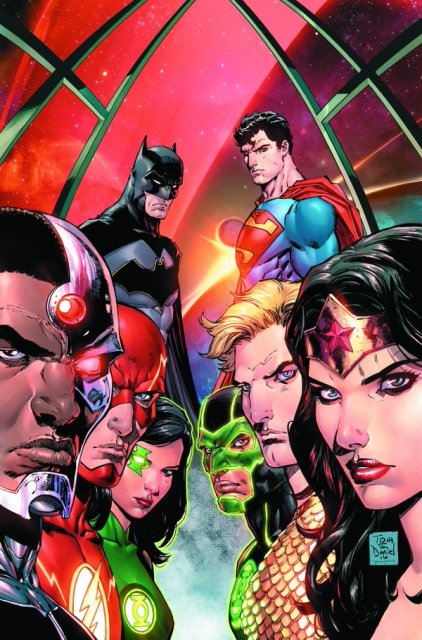 I’m interested in this book because it not only has Wonder Woman, but also the aforementioned Jessica Cruz Green Lantern is here too. Maybe this means Jessica will appear in the DC Cinematic Universe? We can only hope. Brian Hitch is writing this series with Tony Daniel and Fernando Pasarin on art. 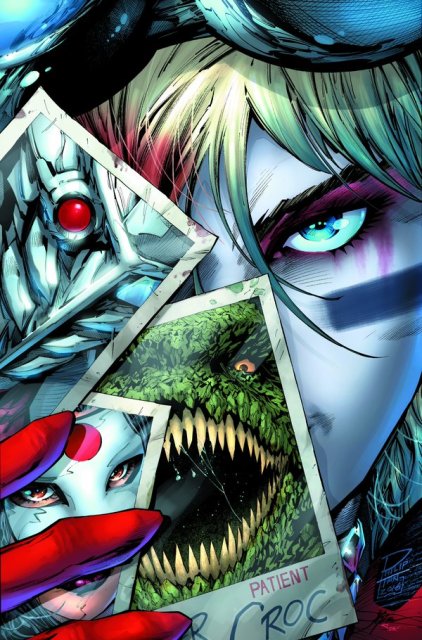 It seems like DC is trying to tie this book in closer to the movie, as this title will star Harley Quinn, Killer Croc, Deadshot, Boomerang and Katana. It’s been said that Katana will have a larger role, so I’m excited to see that. If you think the Suicide Squad trailer looks fun, you might want to pick up this title, which is being written by Rob Williams with art by Jim Lee and Philip Tan. 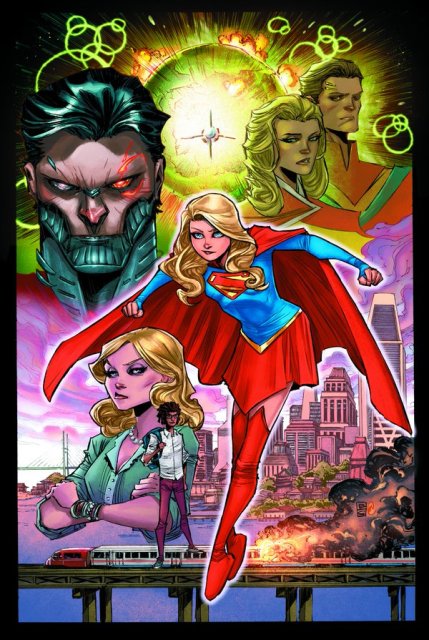 I’m absolutely loving the Supergirl TV show, and it looks like writer Steve Orlando and artist Brian Ching are taking this comic in that direction. 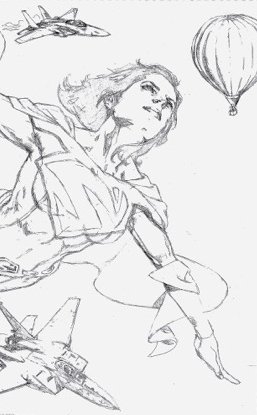 Not much is known about this title. Will it be about Lois Lane? Will it be the evil Superwoman from the Crime Syndicate? I don’t know, but if it seems cool enough, I’ll check it out. Phil Jimenez and Emanuela Lupacchino will be working on this book. 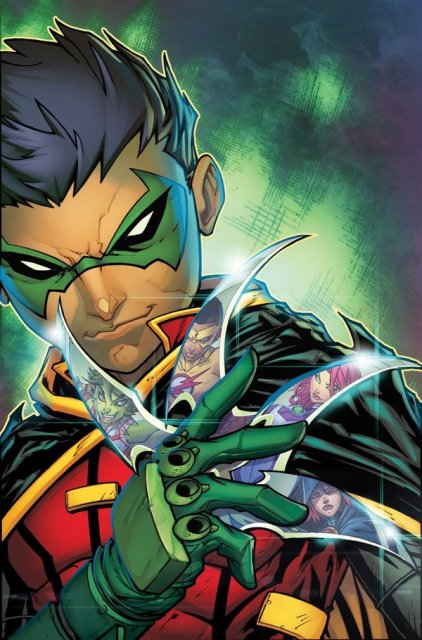 Based on the preview art, it looks like this book will feature Robin (Damian Wayne), Beast Boy, Flash (Wally West, who’s a POC in this version), Starfire and Raven, so if you’re a fan of that classic lineup, this book could be the perfect thing for you. In this run, writen by Ben Percy and with art by Jonboy Meyers, Robin is going to fight the other Teen Titans to try to take over as their leader. 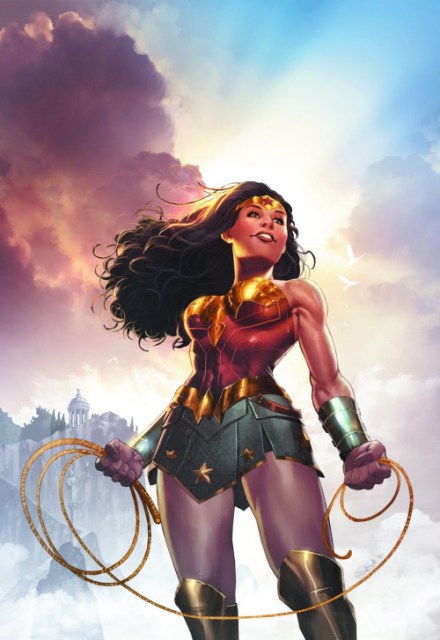 Greg Rucka is back writing Wonder Woman! This makes me ridiculously excited, as he’s one of the all-time best writers of the characters. I’m hoping that since she has a movie coming out soon, DC is going to make sure that her book is as good as it can be. Artists Liam Sharp and Nicola Scott are going to trade off art duties, telling two stories, one that takes place in the past and one that takes place in the present.

Thankfully, DC Bombshells and Gotham Academy will also be continuing after the launch of Rebirth, so you know I’ll still be checking those out. In the end, I’m for sure going to read Batgirl and Batgirl and the Birds of Prey, and I want to check out Green Lanterns, but other than that, I might look at Wonder Woman and Supergirl, but I’m likely going to stay reading about the same number of DC titles. What about you?

We Are Robin Vol. 1: The Vigilante Business TPB (DC)

The Wicked + The Divine Vol. 1 Year One (Image)