Steven Universe is my favorite show. I think its both the best cartoon and best kids show ever. I also think it’s better at queer representation than almost anything else on TV. It’s smart and it’s funny, but mostly it just gets you in the heart. A lot of shows and movies struggle to translate their unique spark when they adapt their series to comic books, but Steven Universe has maintained its voice and authenticity with the latest Steven Universe Ongoing comic. The series kicked off with Melanie Gillman as the writer and Katy Farina as the artist, and the two of them nailed the characters’ voices, and the tone and messages of the show. 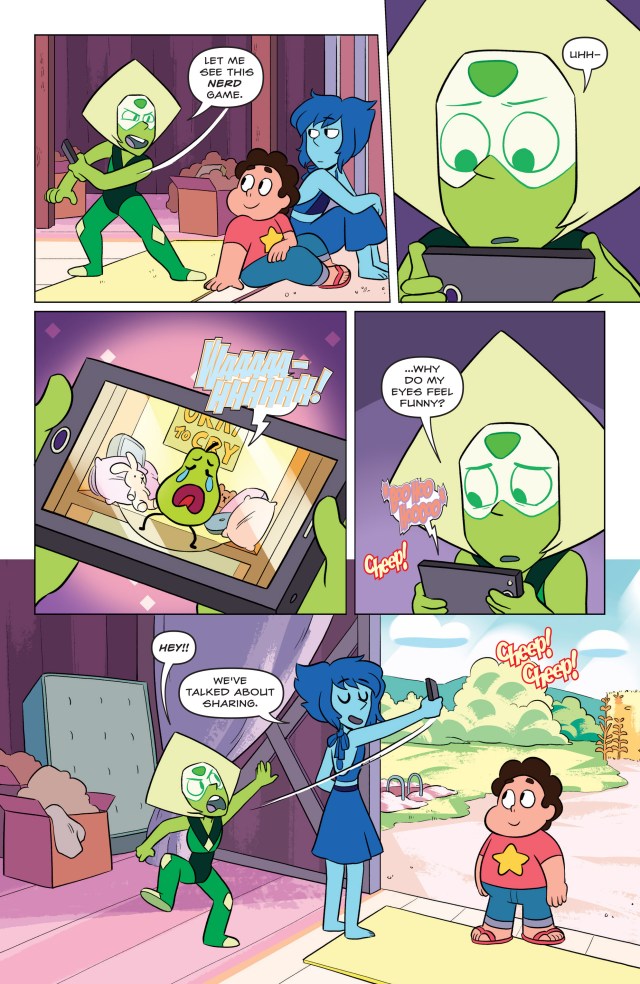 There’s no doubt that Steven Universe has done amazing things for non-binary representation. The respect and love the show has for the character Stevonnie (a fusion of the half-gem Steven and the human girl Connie) is something I’ve never seen on TV before until Danger & Eggs. The show and its creators use they/them pronouns for Stevonnie, the show gives them opportunities to explore their gender as a part of who they are — and this comic did an absolutely wonderful job of building onto that.

First of all, the comic hired Gillman, a non-binary comic creator, to write it, which is something we hardly ever get to see for queer characters, especially trans and non-binary characters. 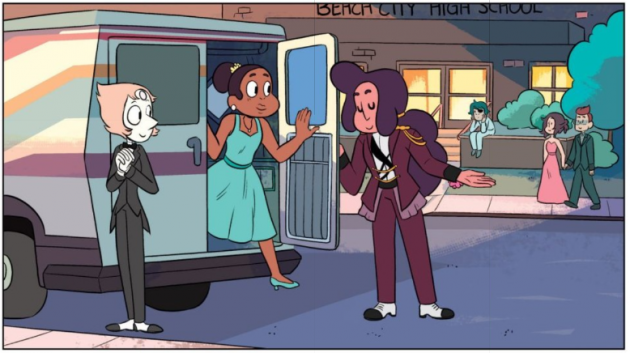 In my favorite issue of the comic, Steven Universe #2, Gillman shows Steven and Connie fusing in order to get into a PG-13 movie, but they end up bumping into Kiki Pizza and the two quickly become friends and decide to go to a school dance together. Kiki doesn’t think it’s weird to go to a dance with a non-binary person; this is just normal life for these teens. Plus, Stevonnie gets to play with fashion in a way we haven’t see on the show, with a wonderful mix of androgynous, feminine and masculine clothes.

The fact that I’m featured in a crowd scene at the dance doesn’t hurt my love for this book. 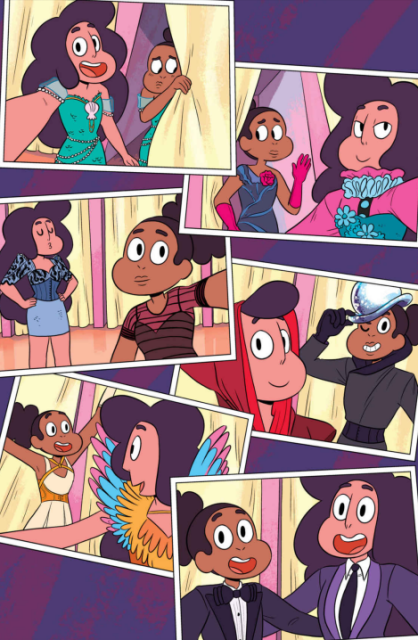 Gillman and Farina aren’t on the comic any more, but the new team of Grace Kraft and Rii Abergo have also done a solid job picking up on the comic and maontining the voices and the messages of the show. I hope it continues to touch on more of the queer themes from the Steven Universe. 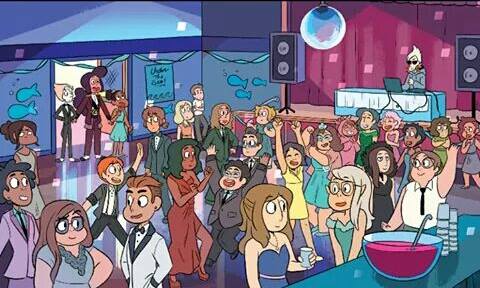 Look at me over in the back on the right side in my teal dress and pink jacket!

Faith and the Future Force #1