Who doesn’t love the Magical Girl genre? It’s all about female friendship, girl power, saving the day, being awesome, having cool weapons and powers and wearing awesome outfits. I know I love all of that stuff. So when I found out about Mildred Louis’ webcomic Agents of the Realm I immediately read the whole thing in one night.

What Louis has done is take the classic Magical Girl format and transported it to an American college (called Silvermount University) with five young women (most of them Women of Color) as the Magical Girls. The hero of our comic is 20 year old college freshman Norah Tanner. 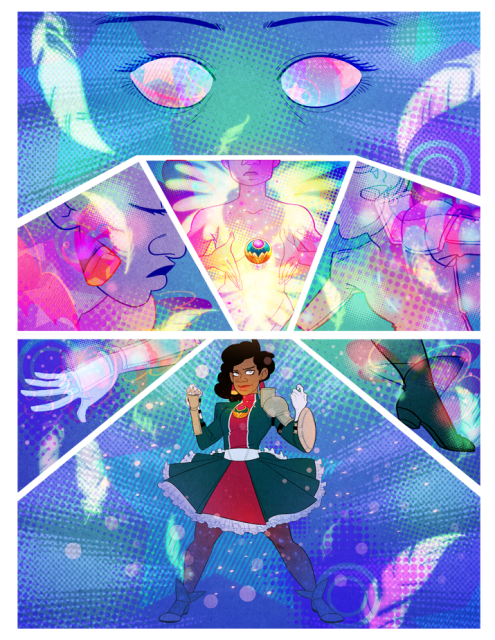 I really like all of these characters so far. Norah is kind of prickly and kind of a loner, but you can tell she has a great heart and can be a great friend to those she cares about. The next day, her troubles get amped up to eleven when she’s sitting on a bench and is suddenly attacked by a weird spirit crystal bear.

This is where the magic really starts. Norah finds a magic amulet with the help of this little robot beetle thing, activates it and has her first ever Magical Girl Transformation. She’s now wearing a sweet new outfit (which Norah is totally excited about) and an awesome magical sword and shield. So, Norah is officially initiated into the world of the Magical Girl. It’s all really, really great. 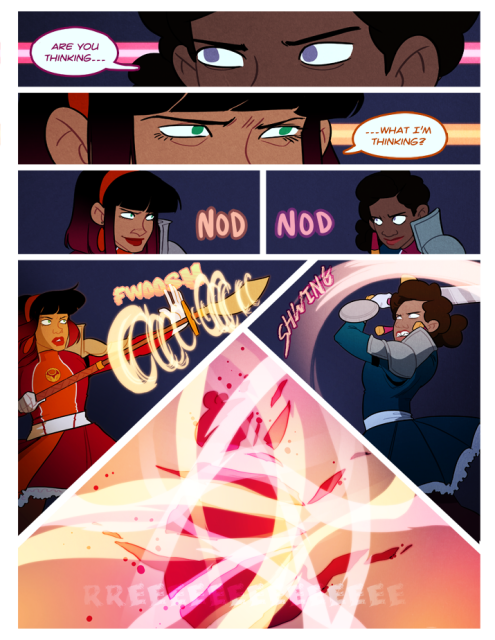 She also meets her new roommate at about the same time, and we learn that one of her professors is likely also one of her biggest enemies, creating a whole lot of new stuff in her life all right at once. When we first meet Adele, who’s from Brazil, she seems to be having a heated argument with her parents. But things get a little better when the two of them go on a late night walk together and bond a little bit. We also find out pretty soon that Adele is the next Agent of the Realm when she uses her spear to help Norah fight a crystal spider monster. Teamwork, Yes! 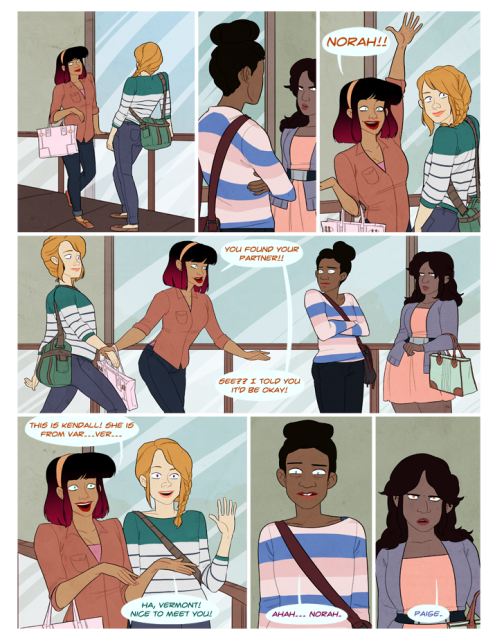 We met some more of the girls when Kendall and Paige were matched up with Adele and Norah respectively for a group project, but so far none of them have been introduced as Agents yet. There’s also a sort of parallel story that takes place in the “Old World” with two women who seem to be another generation of Agents of the Realm and are now working to help or recruit Norah and the other girls somehow. They also seem to be pretty gay for each other. 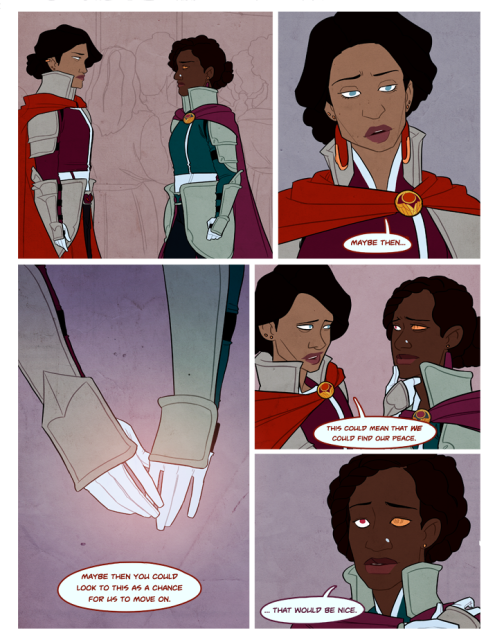 Definitely anyone who is a fan of Sailor Moon, Puella Magi Madoka Magica, Cardcaptor Sakura or heck, even Steven Universe will definitely love this comic. Especially if you grew up loving those shows and are now a little older and looking for a more matured version of those shows. Also just anyone who wants to see a bunch of complex female characters being friends with each other should definitely check this out. It’s super great to see a comic with so many women of color as friends and basically superheroes and I just look forward so much to reading this comic every week. 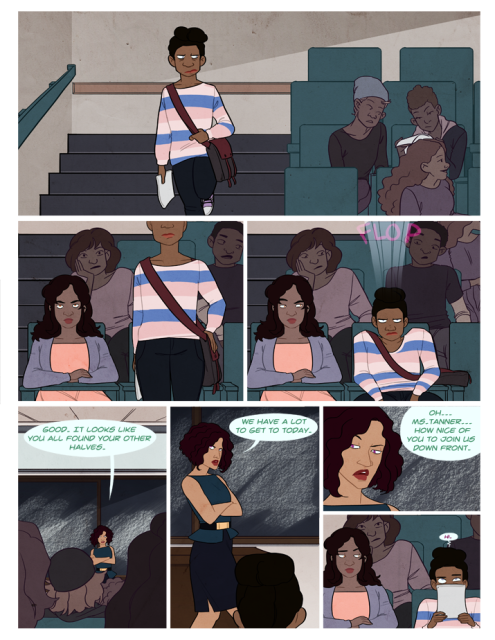 Look at those faces! art by Mildred Louis

I love the way Louis uses color in this comic. She has really beautiful color schemes and gradients and shading and it all gives the comic a really wonderful feel. Also the characters are super stylish and each have unique and distinctive styles that are shown not only through their wardrobes (which are pretty great) but also through their facial expressions (which are super great.) Louis can draw exasperated, exhausted and annoyed faces better than just about anyone on the internet.

Agents of the Realm updates twice a week on Sundays and Thursdays. You can also follow the comic’s tumblr if you want to keep up with it even more. If you’d like a more permanent piece of her art, you can check out her society6 store where she sells prints, including a lot of art from this comic. Louis also has a Patreon that you can support if you want to help her out even more.