Dragonette’s second studio album, Fixin to Thrill, is a definite departure and step up from their debut record Galore. Still poppy but not too poppy, Dragonette have used thicker layers of heavy synth to create catchy melodies we’ve come to expect, then topped it all off with lyrics that drip with sex.

Fixin To Thrill kicks off with its title track, which is a heavy pop-rock tour-de-force. It is AWESOME. “You gotta work what daddy gave you, son. You wanna show me that you know how to use it and do your duty.” Martina’s voice is beautiful and versatile, sucking me in on both the  aggressive tracks like “Fixing to Thrill” and softer tracks like “You’re a Disaster” which I might add is my favorite track. It’s completely different from the rest of the album in that it’s a piano ballad that reminds me of “Sally’s Song” from The Nightmare Before Christmas, which is not a bad thing. Maybe I’m just a sucker for songs with feelings. Martina’s voice is super dreamy on this track and I just want to lie down and float on a cloud when I hear it. 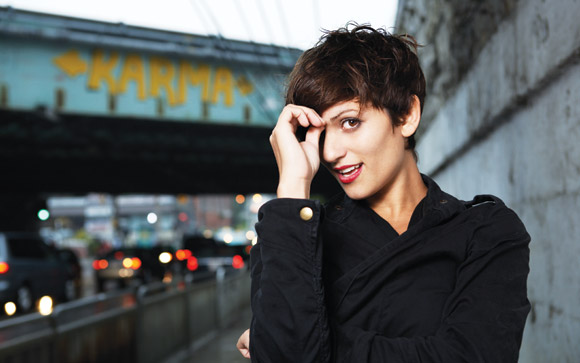 Another favorite is “Big Sunglasses”. This song caught my attention because it’s hilarious. Sometimes I think big sunglasses make people look like bugs and I find it funny that Dragonette associated them with fame. I asked Crystal to share feelings about it because that’s what teams do, we have feelings and we share them. When this song plays, I like to picture myself on a beach blasting it while playing volleyball and drinking mojitos.

Crystal: I didn’t even notice this track until Emily told me to listen to it specifically, I guess it got lost in the middle of the tracklist. Let’s just say that I should let her boss me around more often because when I finally gave it attention, I loved it. Retro synth pop, over the top without being over the top. Hooky enough for me to want to play on repeat, and edgy enough for me not to feel bad for it. I don’t generally associate driving electro pop with lyrics focused on the pursuit of fame, when I found out what this song was about I liked it even more.

I thought by now I’d be 5’11
I’d be hanging out with the top banana
Executive access to upper classes
Run and get me some of them big sunglasses.

I think any big Dragonette fan will be pleased with Fixing to Thrill. It’s an improvement from their previous album while remaining true to their style. Also, Crystal is about to tell you how amazing they are in concert, so listen up! 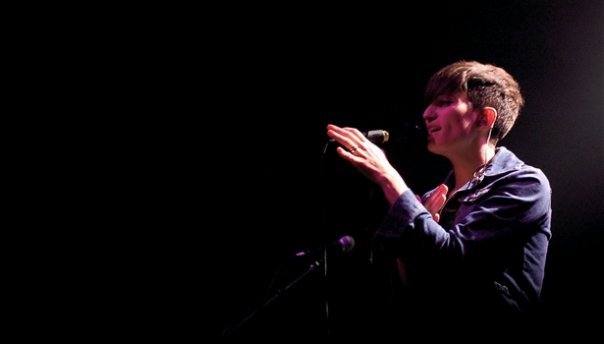 When Dragonette were getting ready to grace Australia’s shores at the end of 2009 for the national Stereosonic music festival, their publicist kindly sent me a copy of Fixin’ To Thrill to amp me up about their arrival. I’ll admit it wasn’t love at first listen, but they flirt and lead me to the extent where I was compelled to catch a live show while they were in town.

So! Imagine my delight when I found out that they weren’t just playing at any ol’ club. Dragonette were gonna play a last-minute gig at ‘Snatch & Grab’, a now-defunct weekly lesbian night in Sydney that my love for has been well documented. I couldn’t pass up the opportunity. I have no idea how the Snatch & Grab promoters talked a Canadian band into playing at a tiny, tiny underground room  jammed with maybe 150 lady-lovin’ ladies, but they did, they pulled it off. 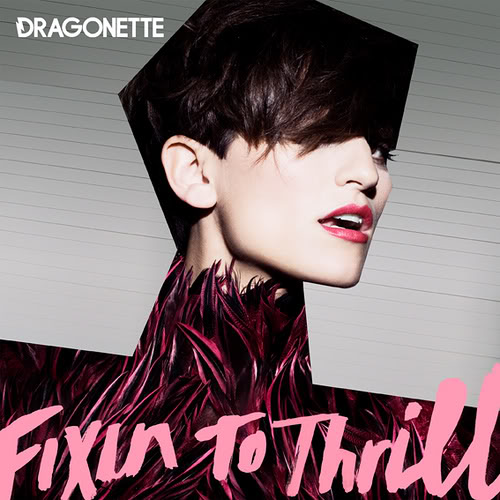 I rocked up at 10PM with my buddy Roxy and her ‘crew’, where we met reader Mon for the first time who affirmed what we all know about Autostraddlers being the most awesome people around. The crowd underground were only 7 or 8 people deep from the stage, so when Dragonette finally took the stage a little past 11PM I was able to back-hang and yet still be close enough to get caught in vocalist Martina Sorbara’s crosshairs and feel like each song was being being sung to me specifically. Sidenote: I’ve seen photos but nothing could prepare me for the unbridled smokin’ hotness of the real deal, an absolutely stunning silhouette rocking the alternative lifestyle haircut, bouncing around stage with more energy than that tiny room could contain. I don’t dance, ever, but whatever it was that Dragonette’s groove was forcing my legs and hips to do that night is the closest I’ve  come.

“I thought that while Fixin’ To Thrill is a decent record, as a live band Dragonette are phenomenal.”

Where you there that night? What did you think? I thought that while Fixin’ To Thrill is a decent record, as a live band Dragonette are phenomenal. I can’t tell you which songs they played because I wasn’t armed with my notepad and pen – the review is an afterthought, what happened when I had such an awesome time that it would have been criminal to not tell you all about it. My gut feeling is that “Big Sunglasses” was on the set list, and Mon thinks “Pick Up The Phone” and possibly also “We Rule The World” made the cut as well. And the one thing we both remember is the way they finished us off with “Fixin To Thrill”, Martina then jumping down off stage and into the crowd to mingle with the fans, leaving the boys to man the decks for a DJ set. DJ sets aren’t usually my jam, but they won my heart straight up opening with a remix of Phoenix’s “Lizstomania” and then some Tegan & Sara and other acts that I’m not even going to pretend that I was sober to remember. With less than 6 hours of sleep before work and as many vodka’s consumed, I decided to act like a responsible adult and go home.

When Dragonette’s publicist asked if I wanted to do an interview, I just couldn’t fit it in. Now, after seeing this performance, I have all the time in the world for this band. If they pass through your town in the future then seriously, check ’em out.