Hey did you hear the one about how Time magazine picked Donald Trump as its person of the year? Don’t worry, they picked Hitler once too. Also Stalin and Ayatollah Khomeni! The magazine’s intention is to crown the person who had the biggest impact on that year’s news, so Trump was a predictable choice. But that doesn’t make it any easier for us to look at his face.

Sometimes, art therapy is the only way we know how to get through these tough times. (See also:10 Ways of Looking at John McCain: DADT Filibuster Art Therapy Special) We all pursued this assignment with gusto and glory. 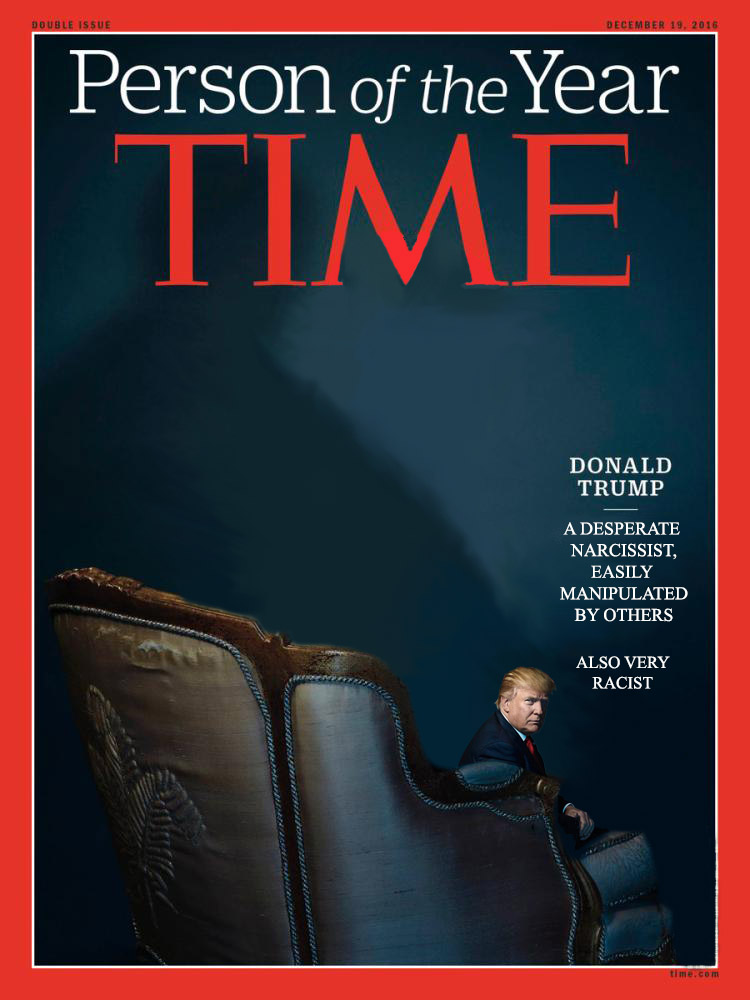 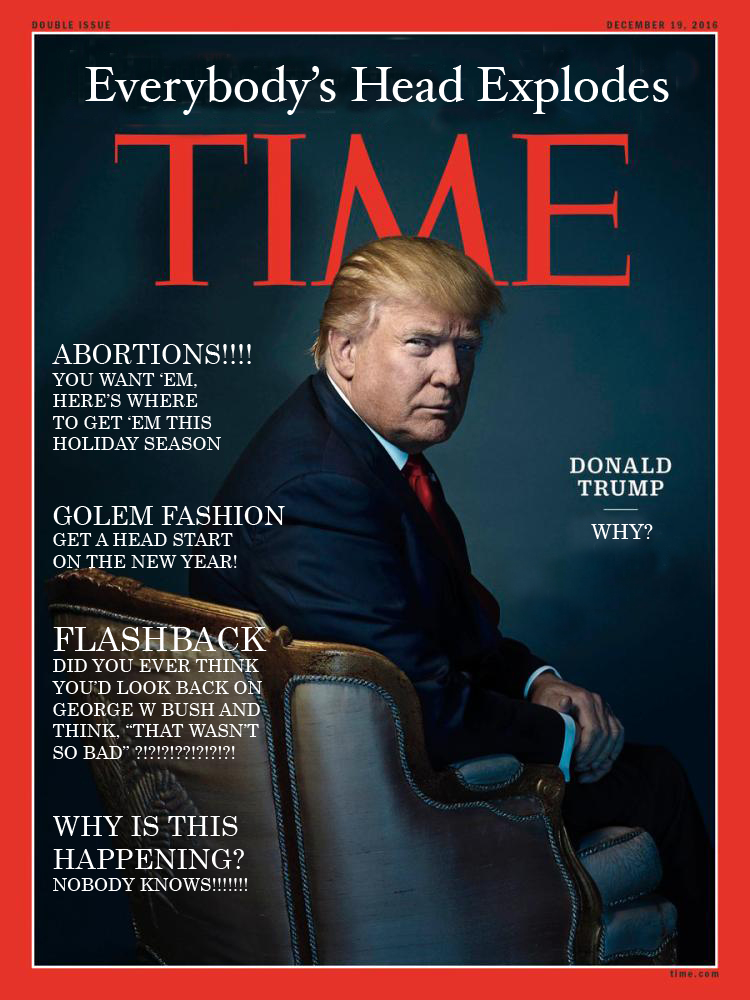 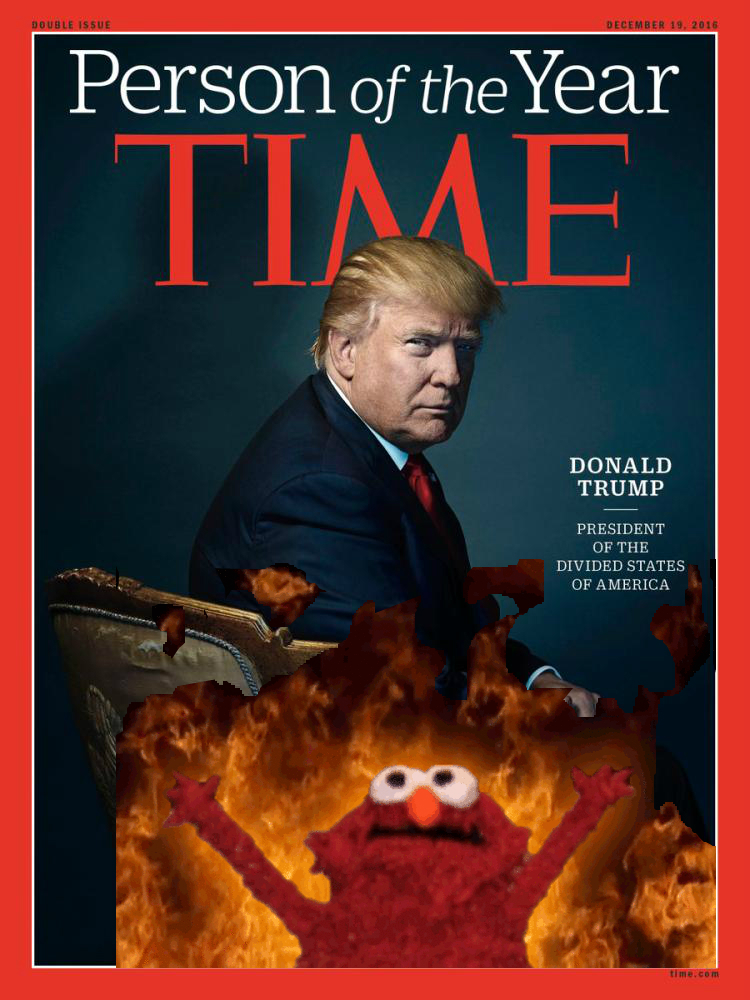 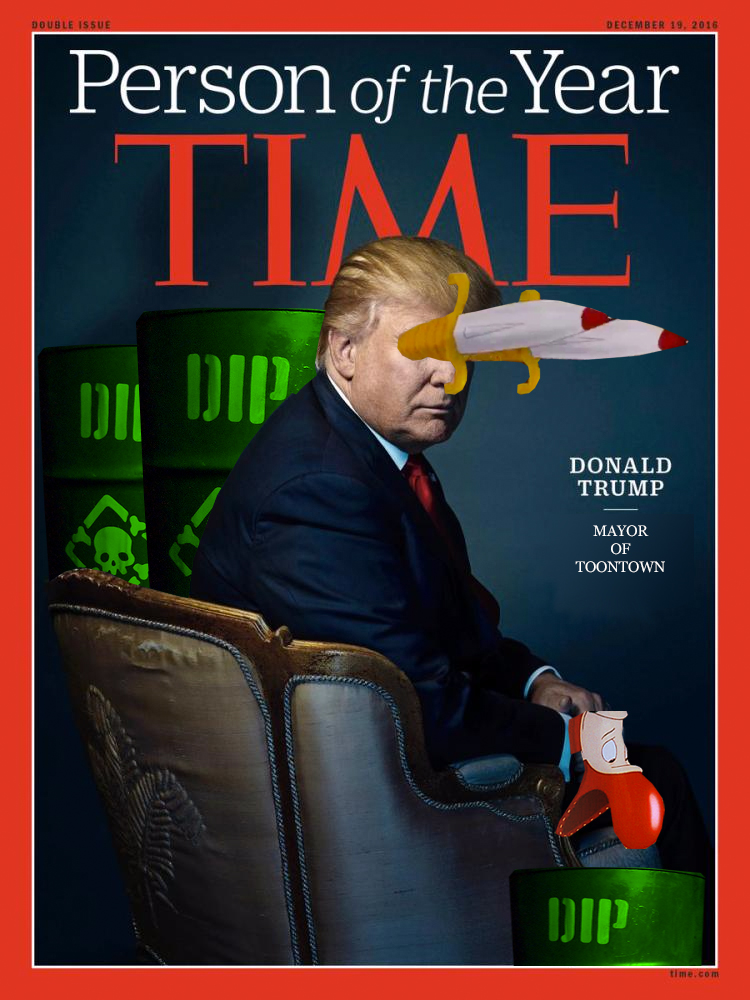 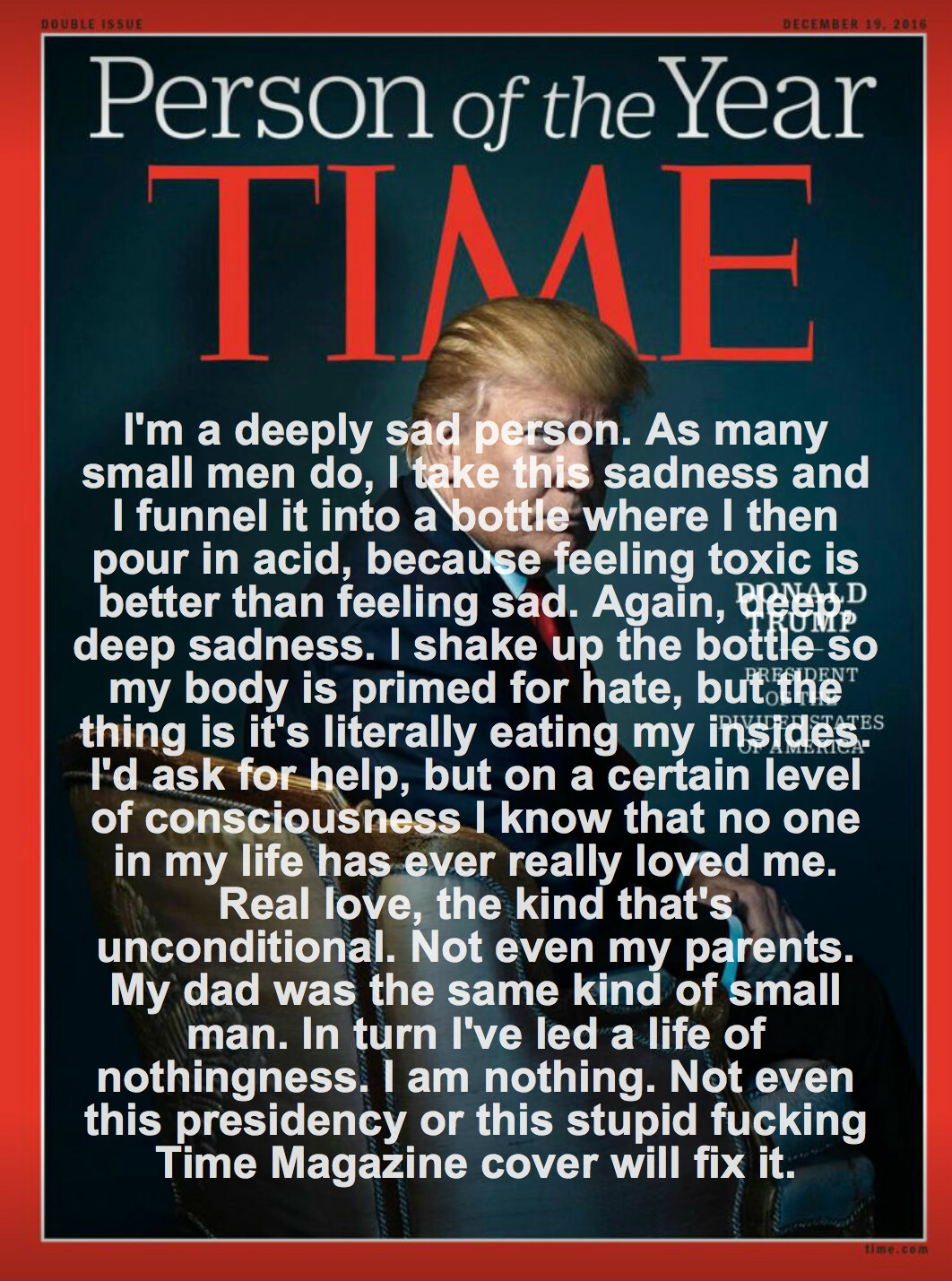 6. ME, by Cameron Glavin, Cartoonist 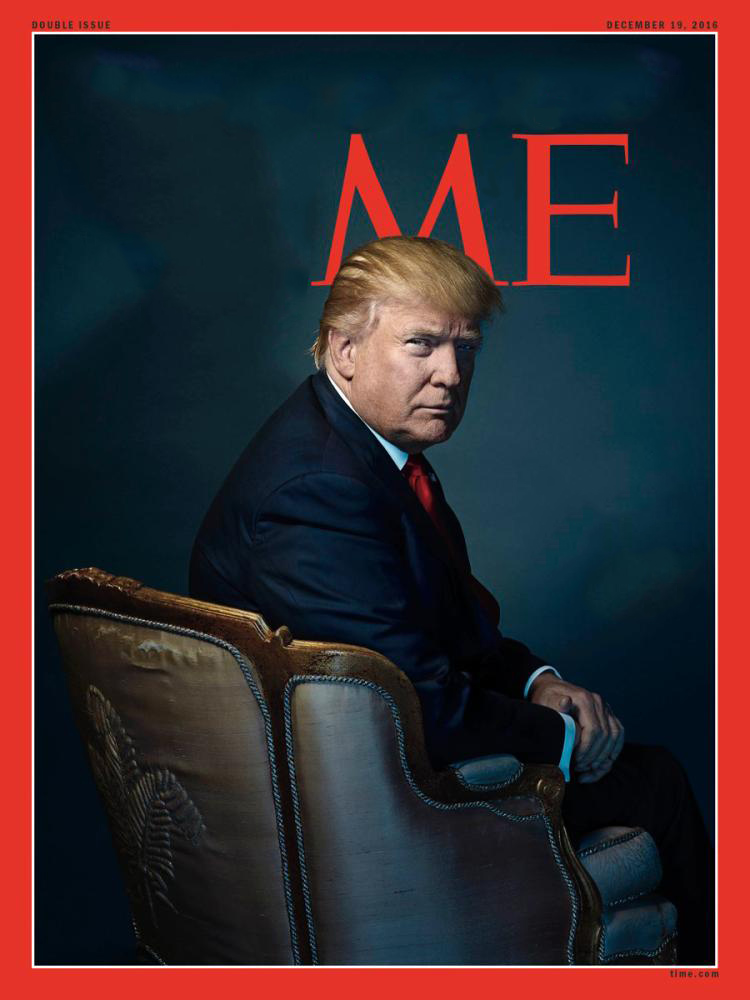 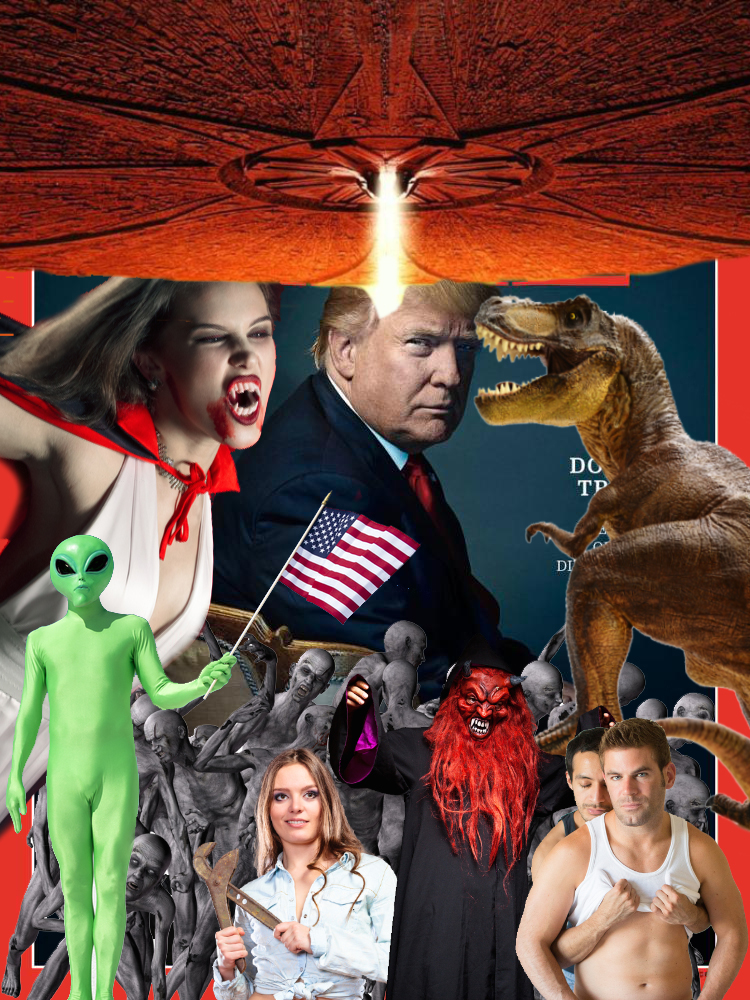 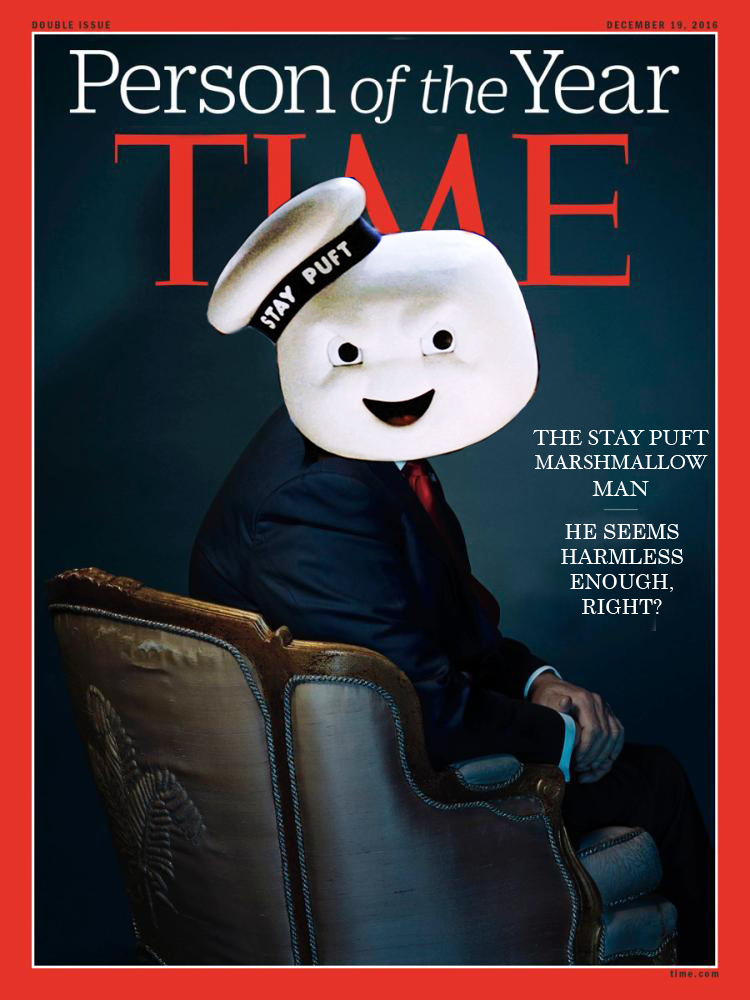 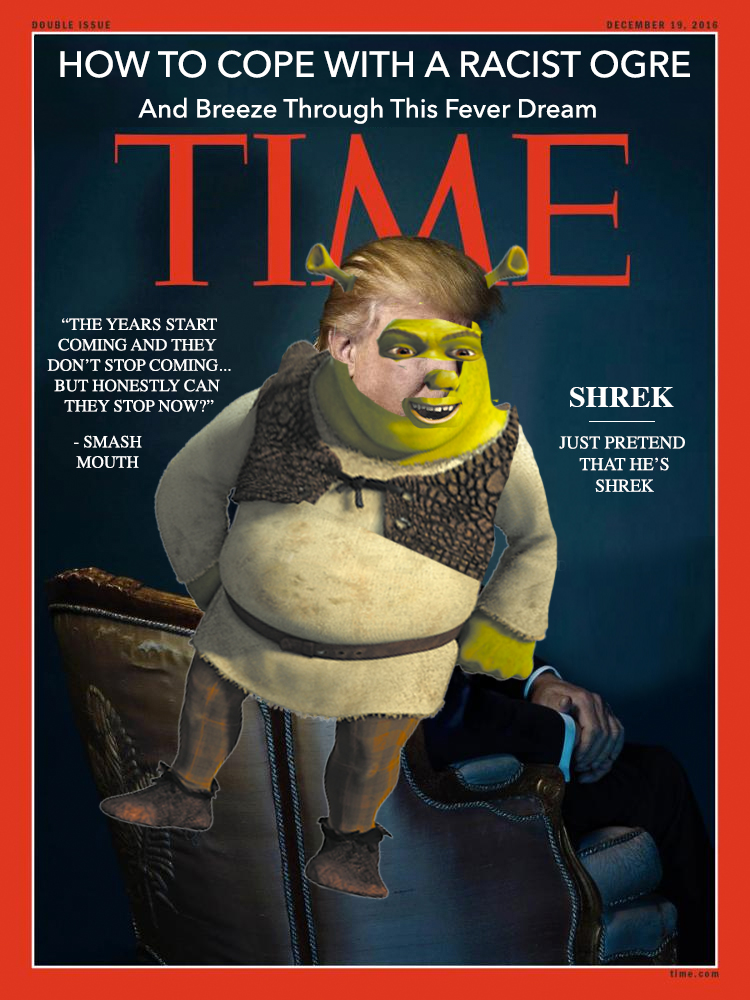 10. Racist of the Year, by Laura M, Staff Writer 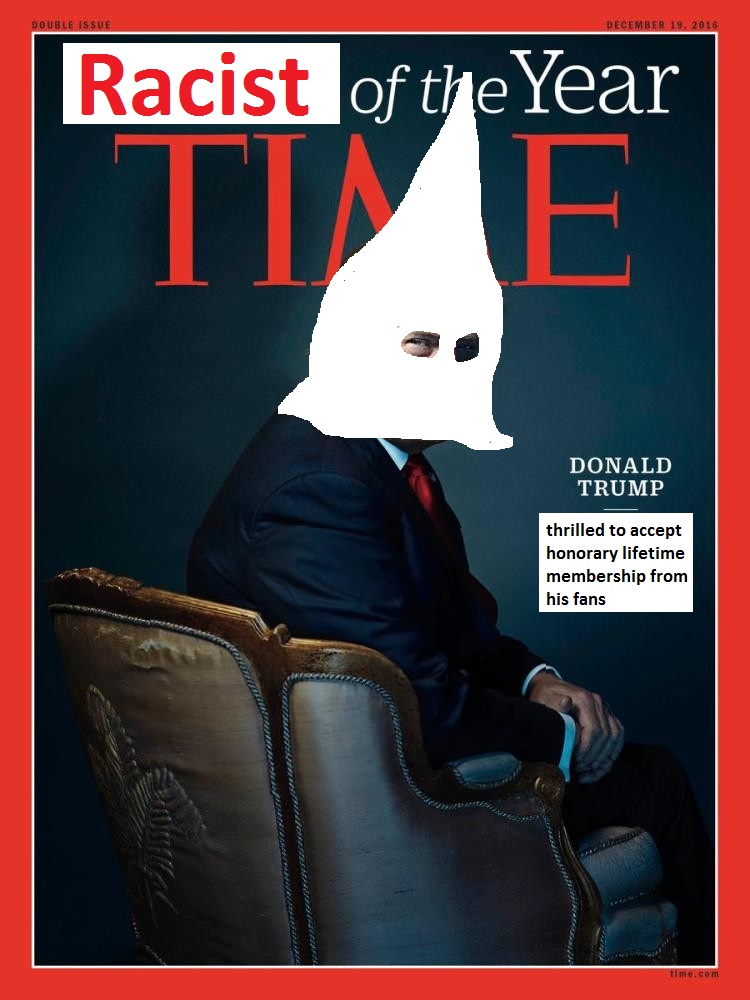 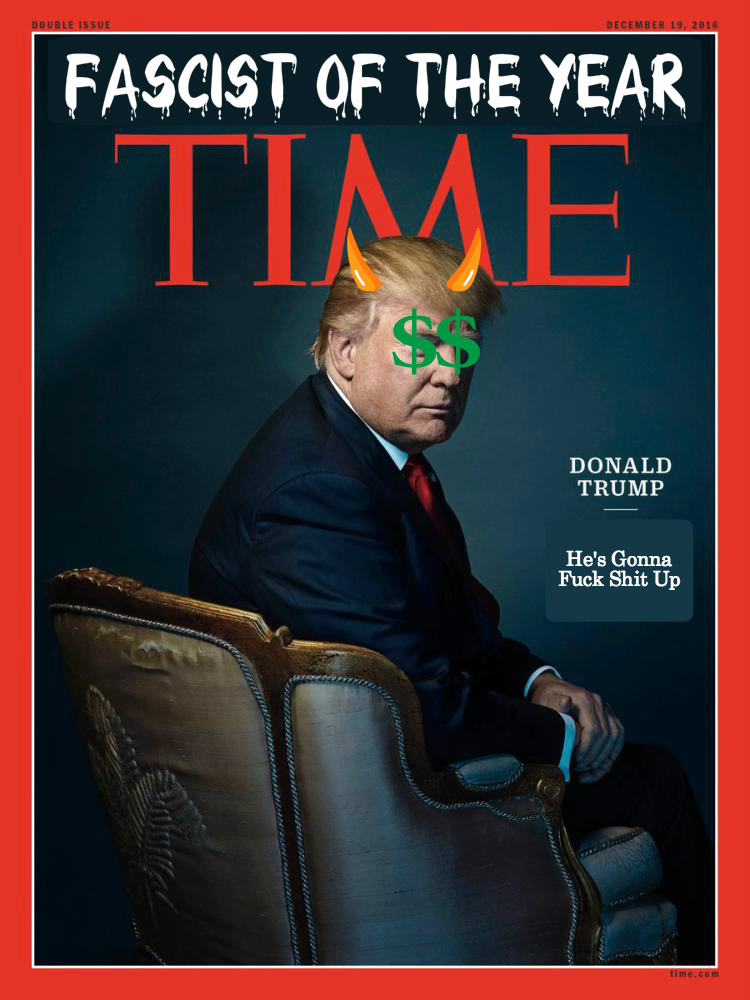 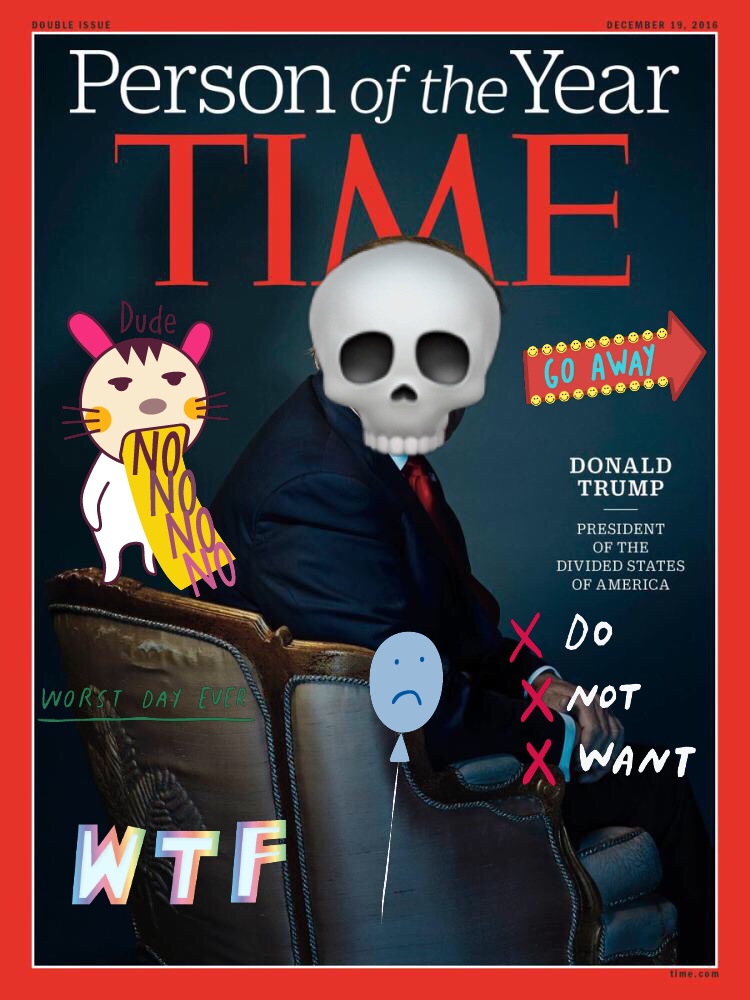 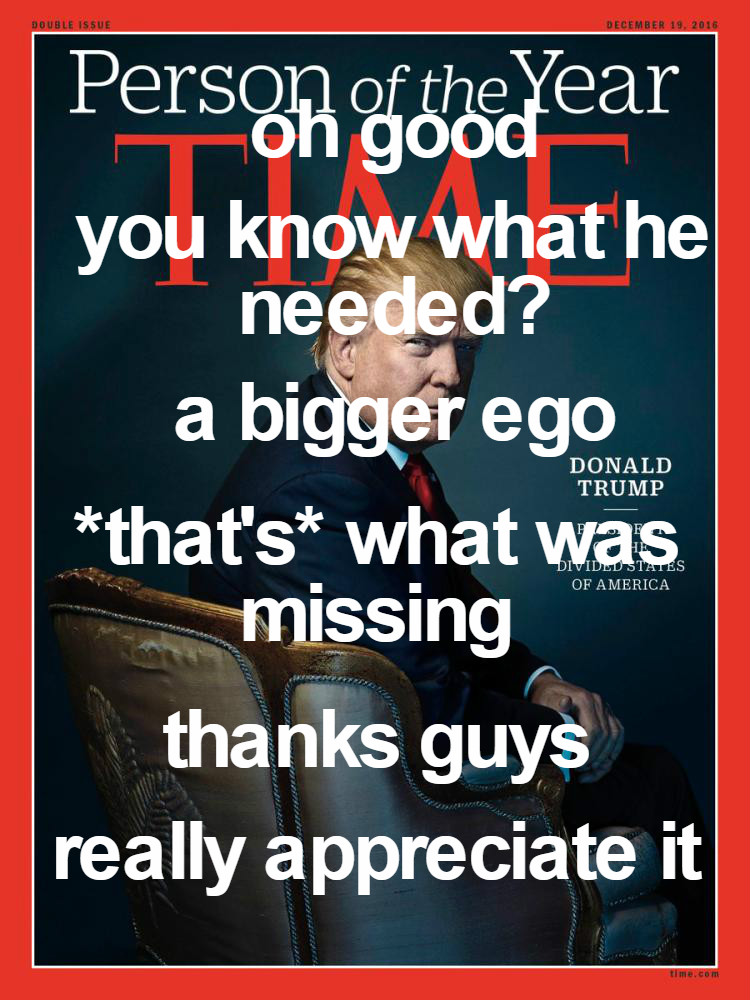 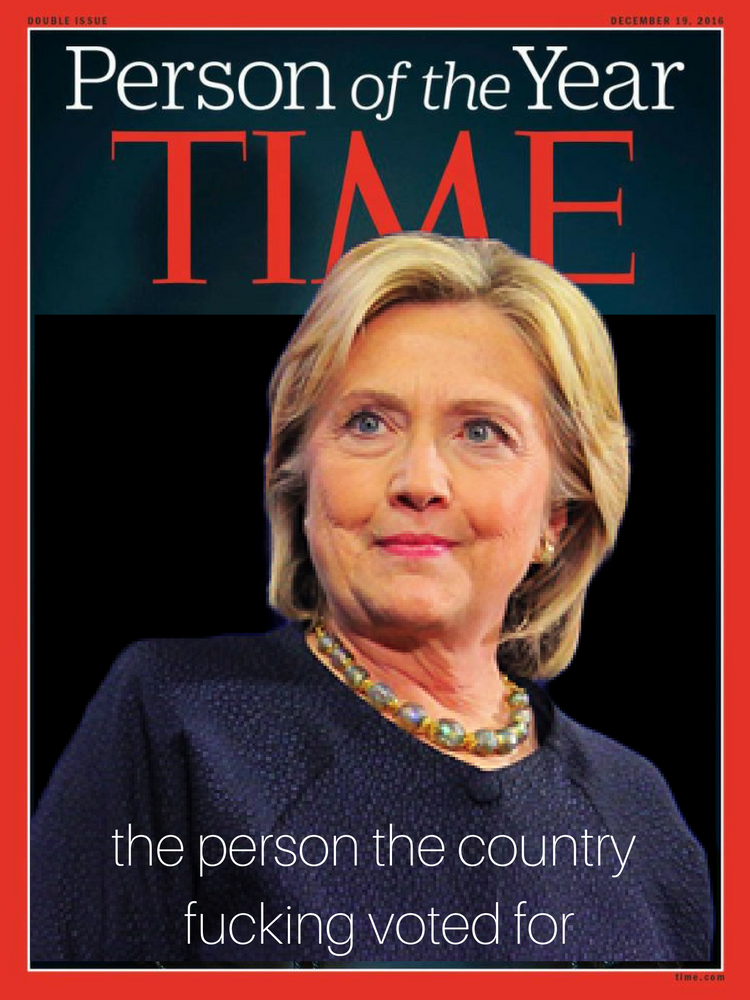 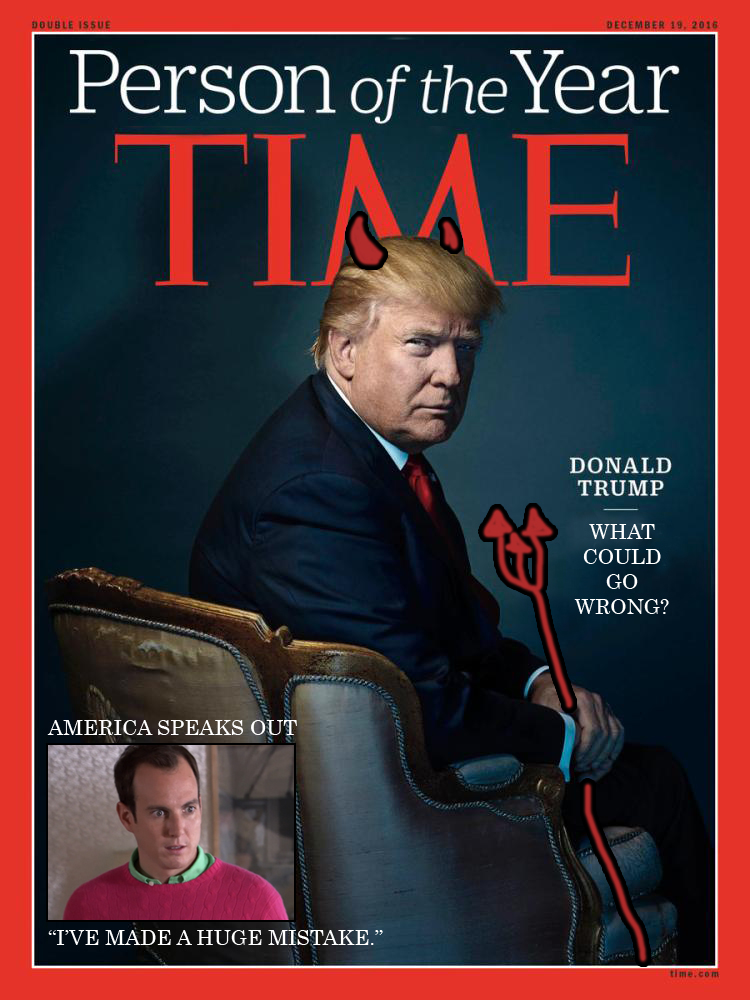 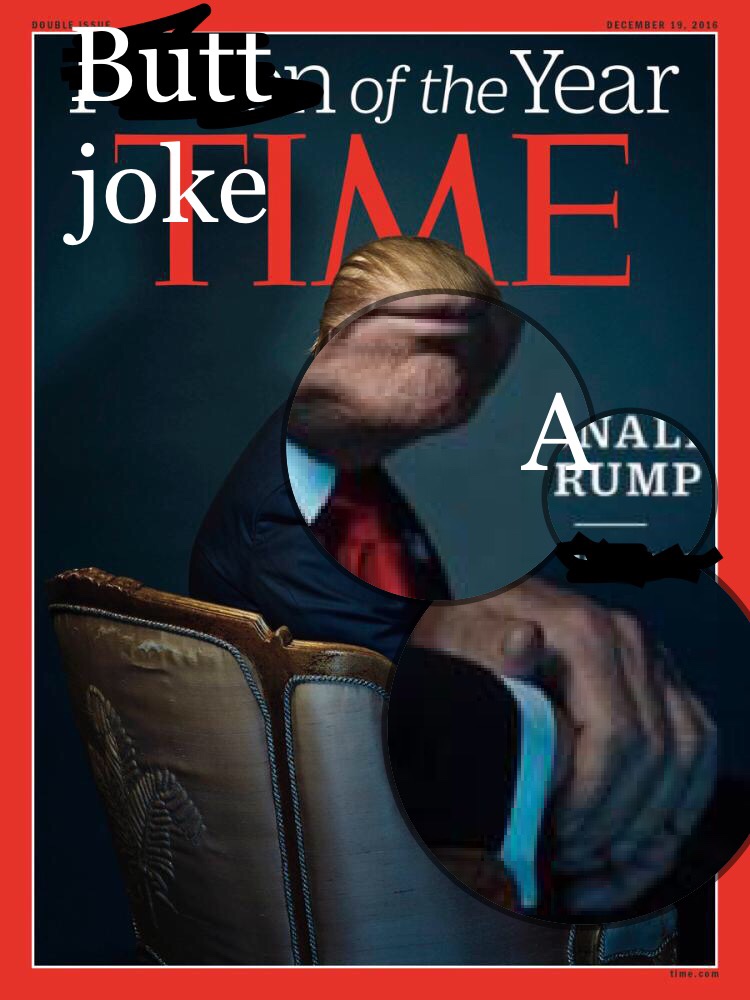 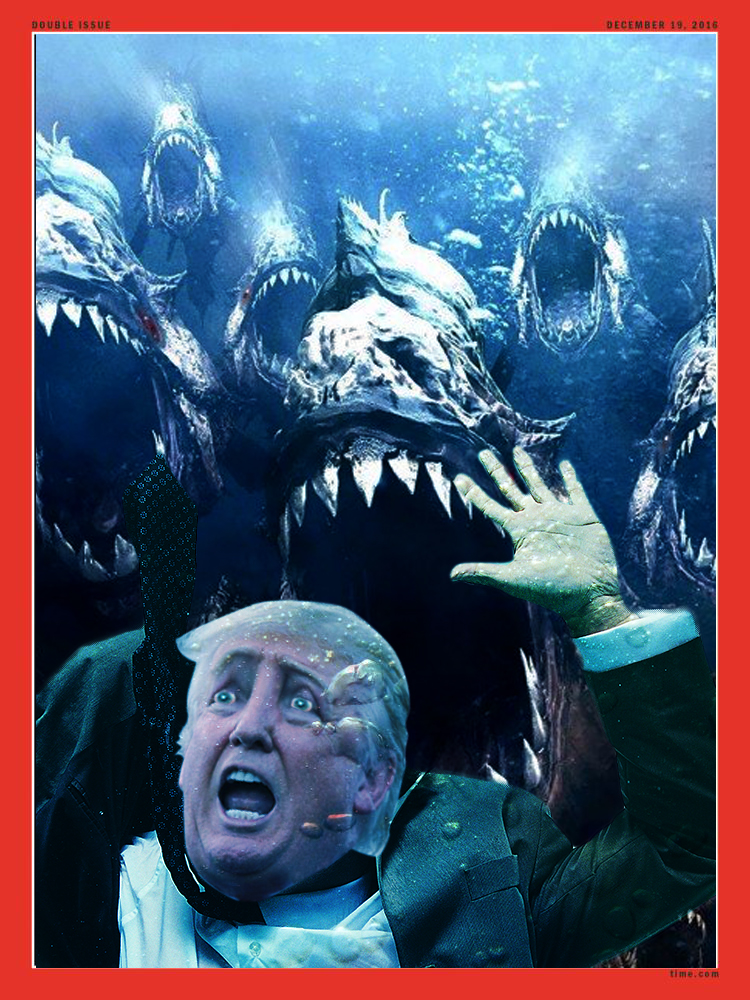 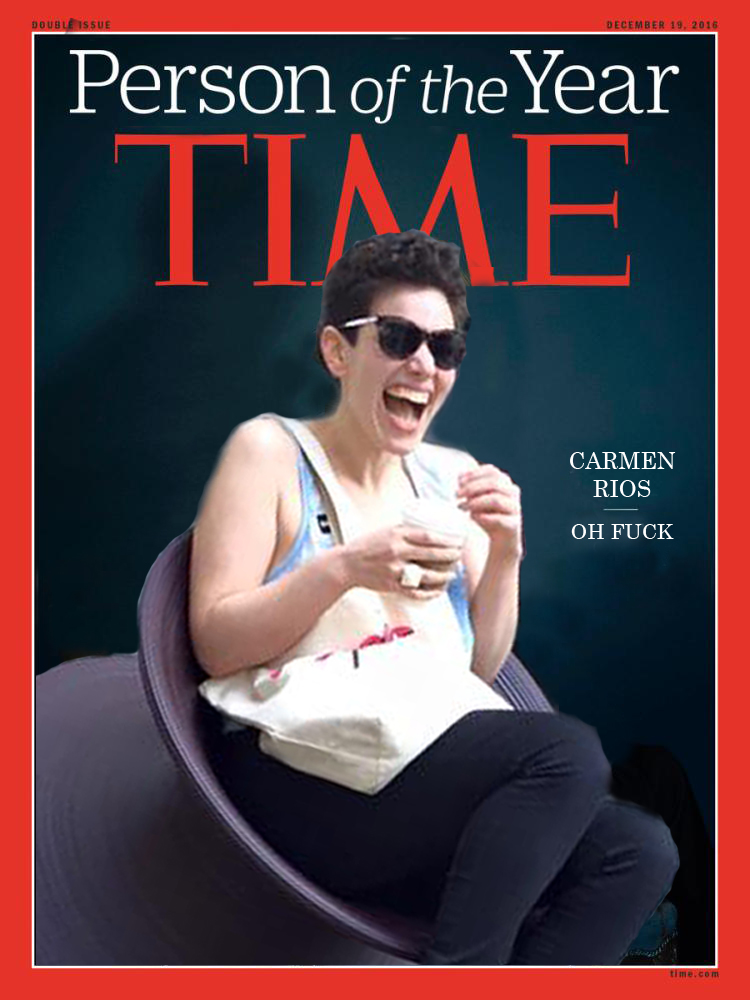