Last weekend I went to North Carolina to try to photograph the KKK’s Trump Victory March. A lot of people asked me why I went and the truth is, I was trying to use my whiteness to access a world we too often pretend doesn’t exist. I wasn’t trying to give the KKK a bigger platform; I was trying to wake people up to the fact that the KKK was marching openly in 2016. This isn’t a problem that’s going to go away without our continued acknowledgement of it. We must refuse to normalize it.

But when we rolled up to Pelham, NC, we instead found a group of counter-protesters and legal observers ready to stand up. After driving back and forth between two towns on rumors of the march moving and vague tweets about the KKK having a “snafu” with their march planning, word got out that the KKK had bailed on their plan because of the numbers standing up against them. They instead did a drive-thru of a neighboring town in trucks, stayed out of uniform, and yelled white power. Overall, people coming together apparently scared the KKK out of their “glory suits” and into a weak mobile demonstration away from anyone who could question them.

People have the power to stand up to hate. We just need to face it first.

Some notes on the counter-protest: First, it was predominantly white, which is understandable considering the intent was to stand up against the KKK and white people are significantly safer in that context. I do praise the protesters for using their whiteness to stand up where people of color would be more in danger. The presence of white people, I believe, prevented the protest from being stopped and/or ending in arrests given that there were no permits pulled and there was a hefty police presence. But a lot of the white people wore masks and carried bats (also understandable given that the KKK are known to get violent) which set a menacing tone and could have deterred broader participation. We passed many supportive locals whom I believe would have been more likely to join in if the march hadn’t looked like a recipe for arrest. White people have the privilege to march with bats and the police don’t arrest them. People of color, generally speaking, do not.

We have to look for more inclusive ways to stand up. We should be able to fight back without literally fighting. The other side plays dirty, but we don’t have to. I know that in a situation like this there were safety concerns — both because of the KKK presence and the police presence — but I’m sure together as a community we can find a better way.

On this December day, we stood up against the KKK and they backed down. And then the next day DAPL was legally paused. Standing up works, let’s not back down. 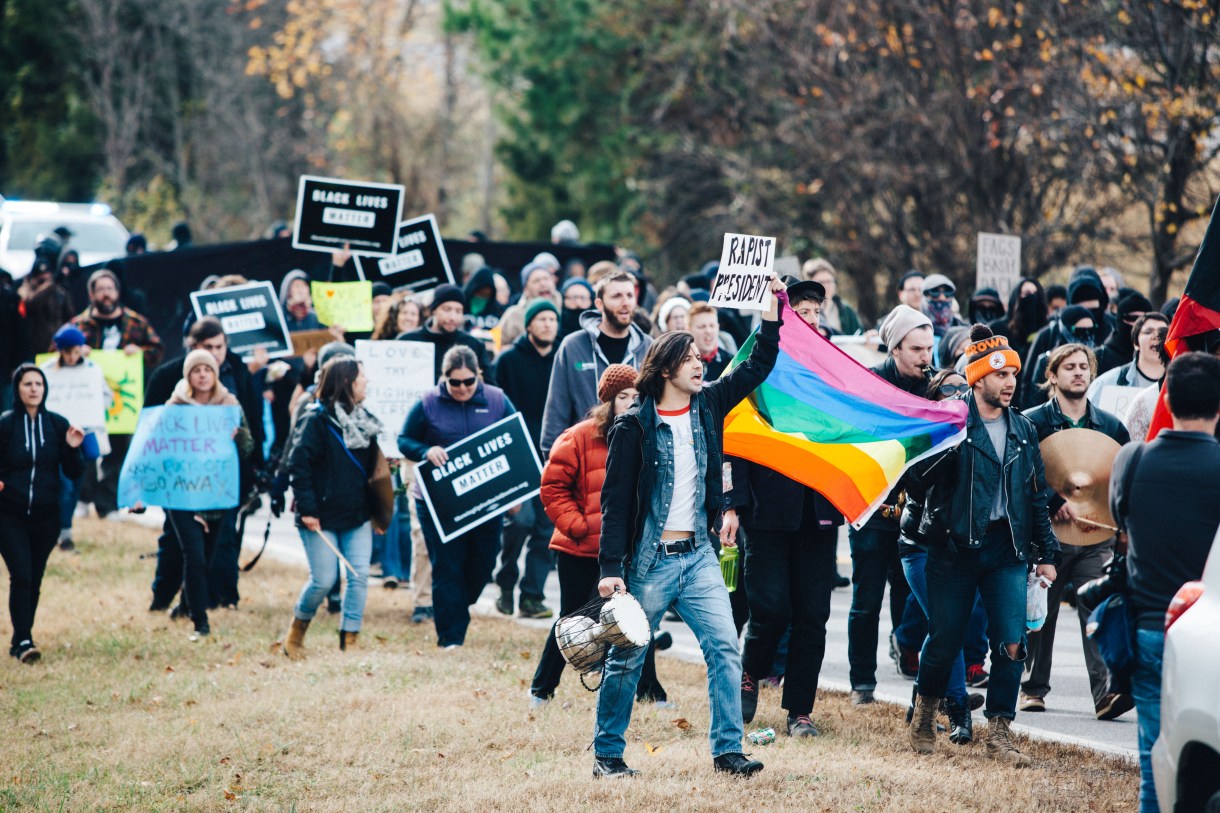 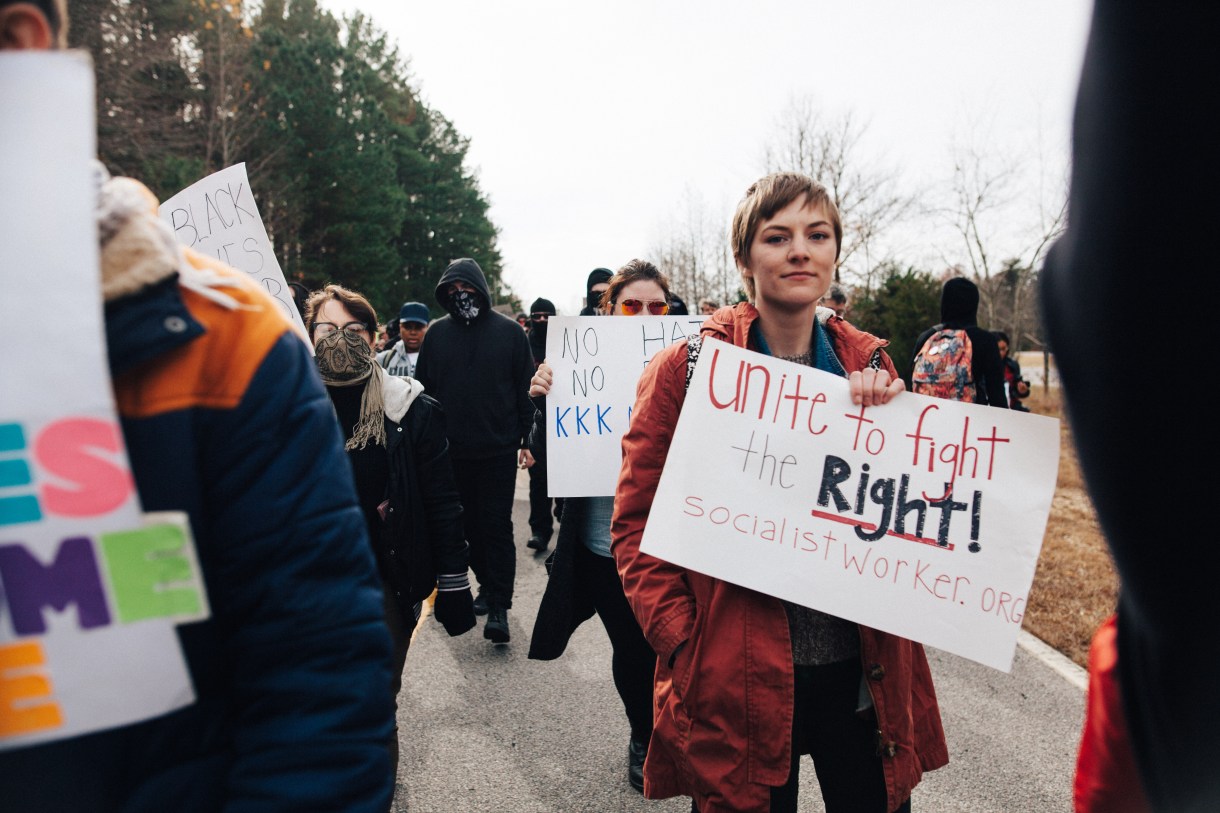 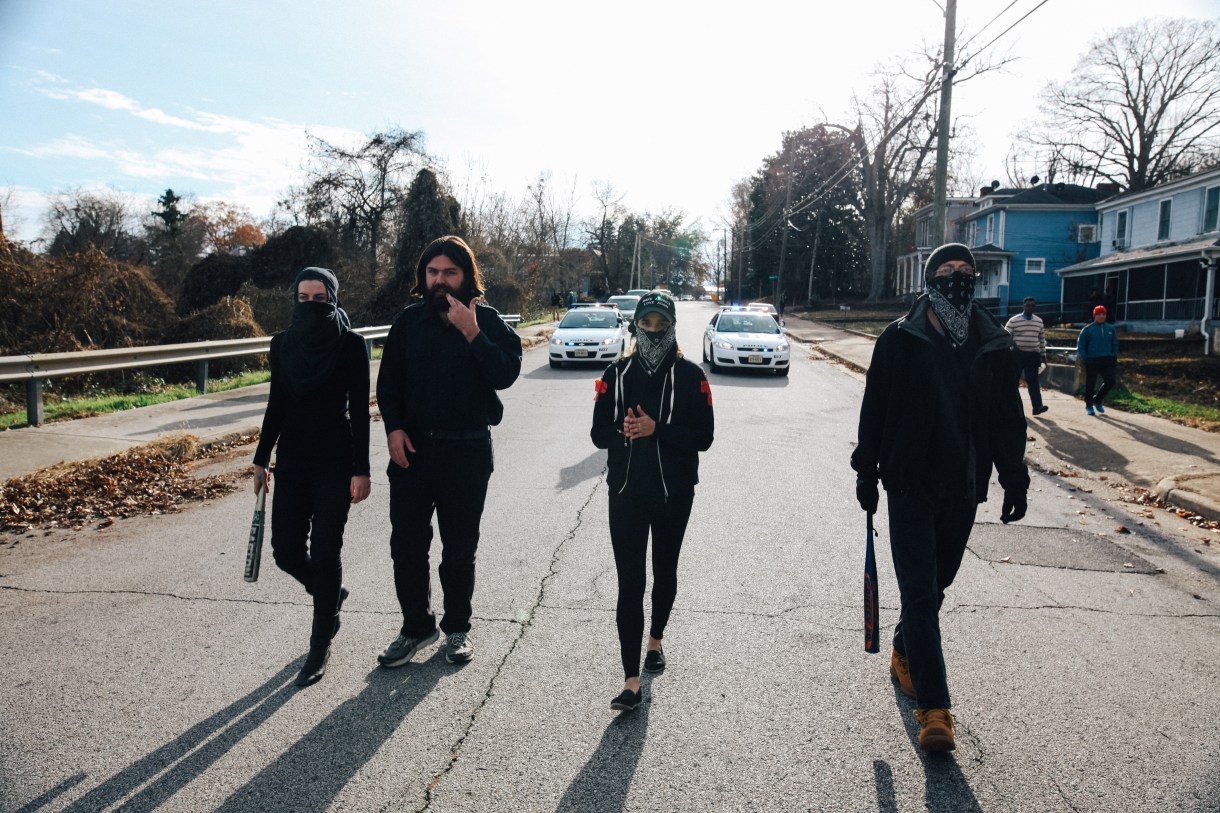 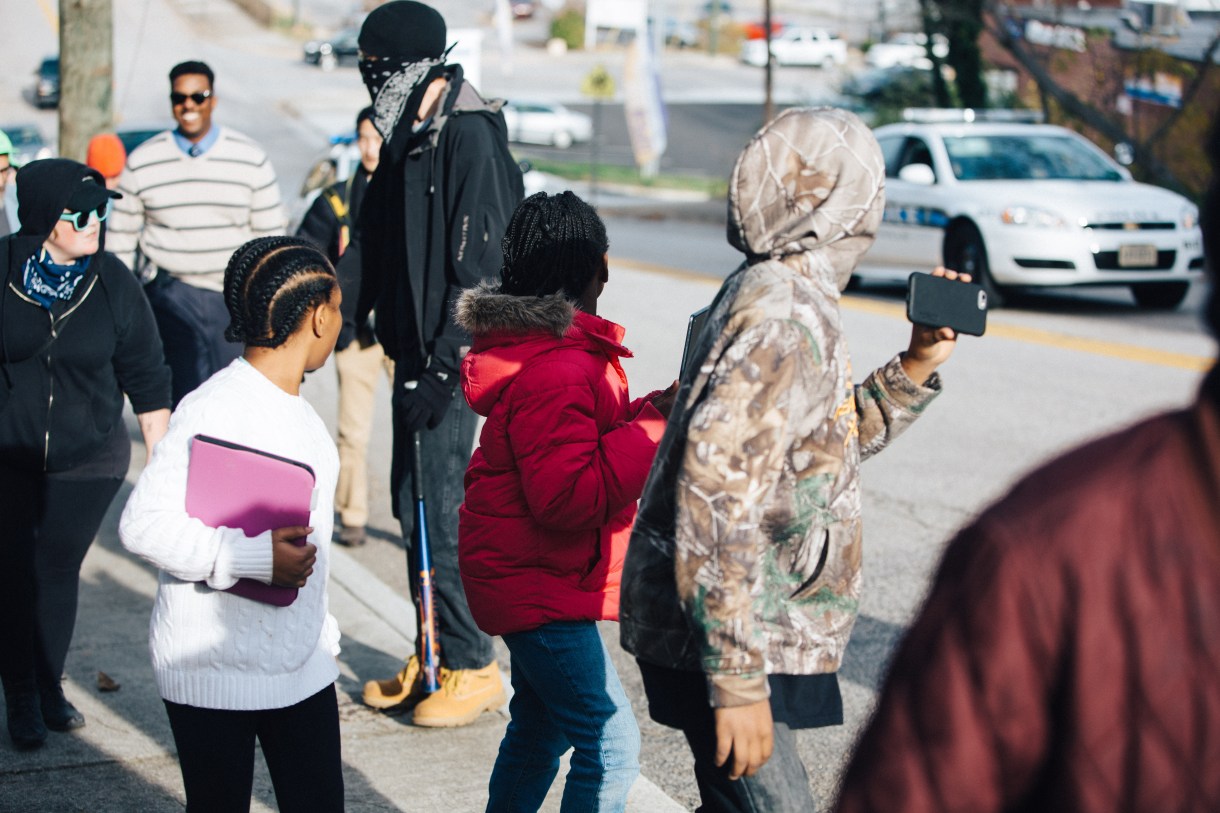 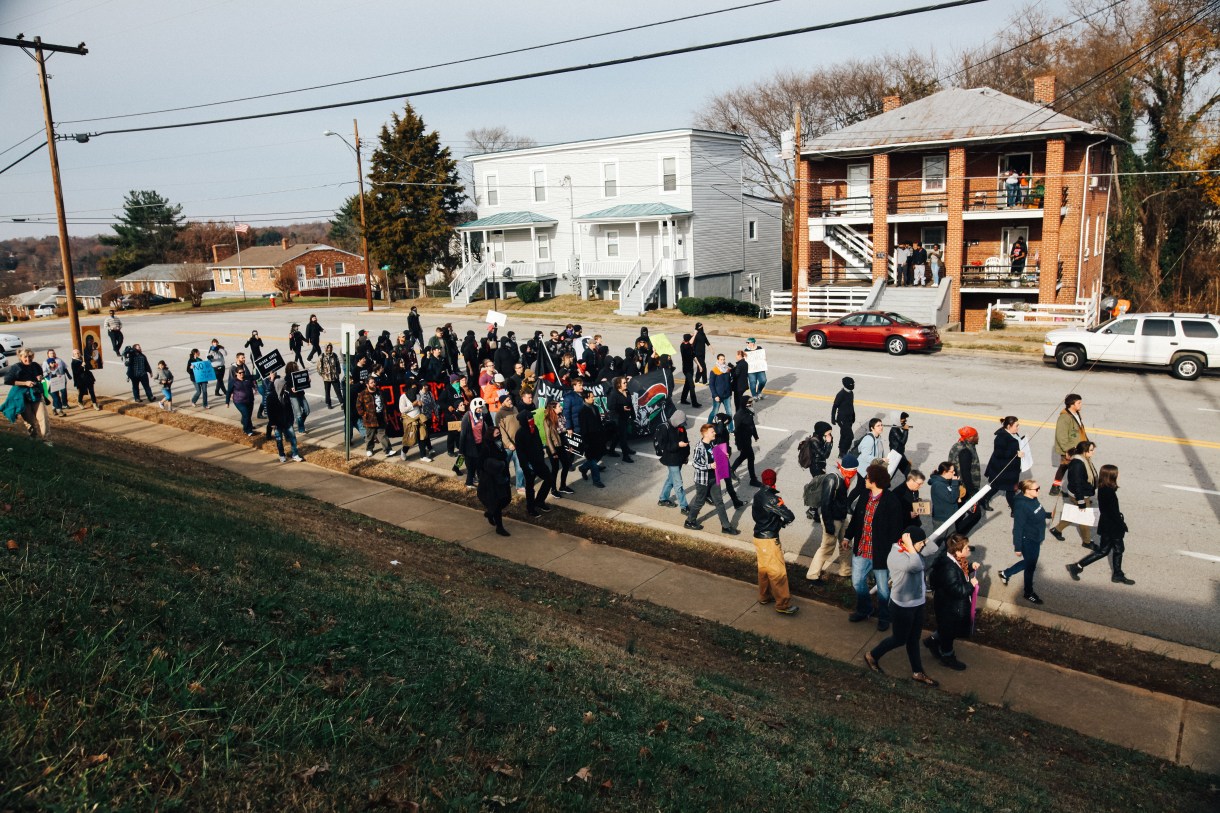 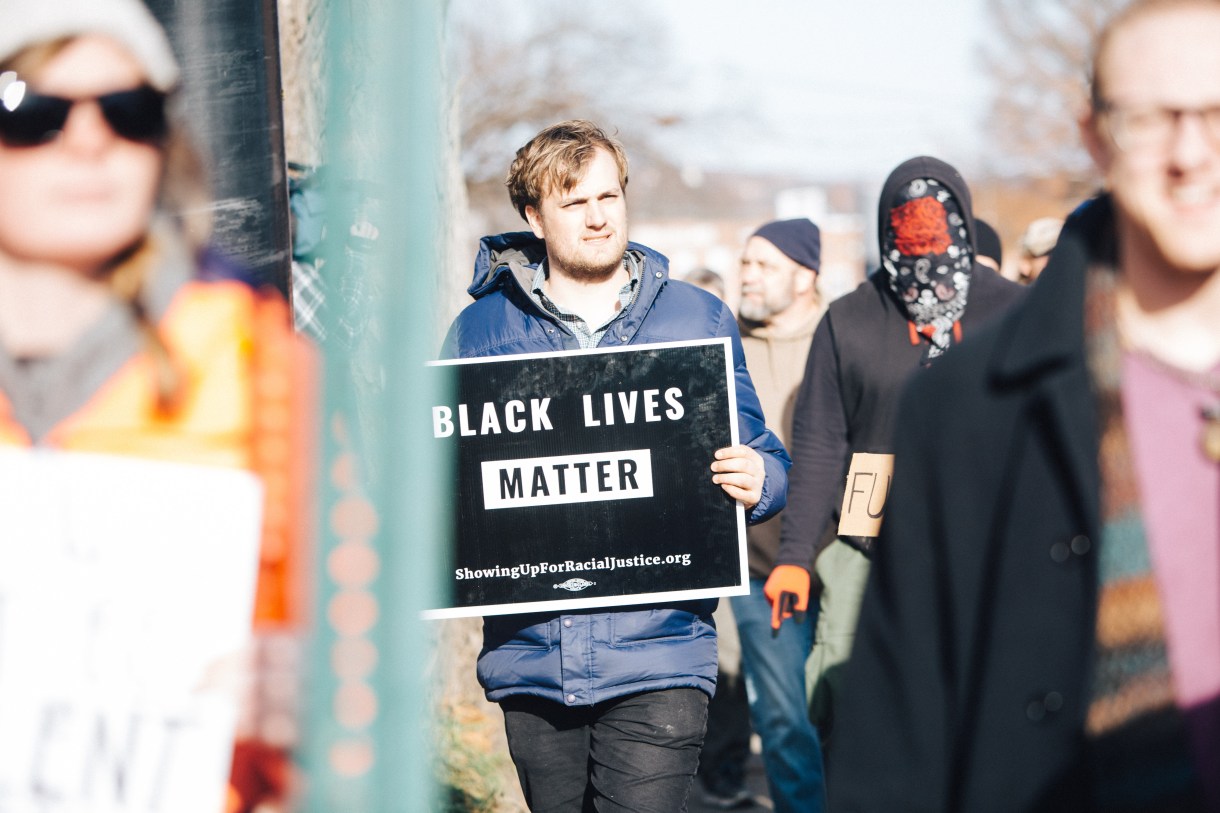 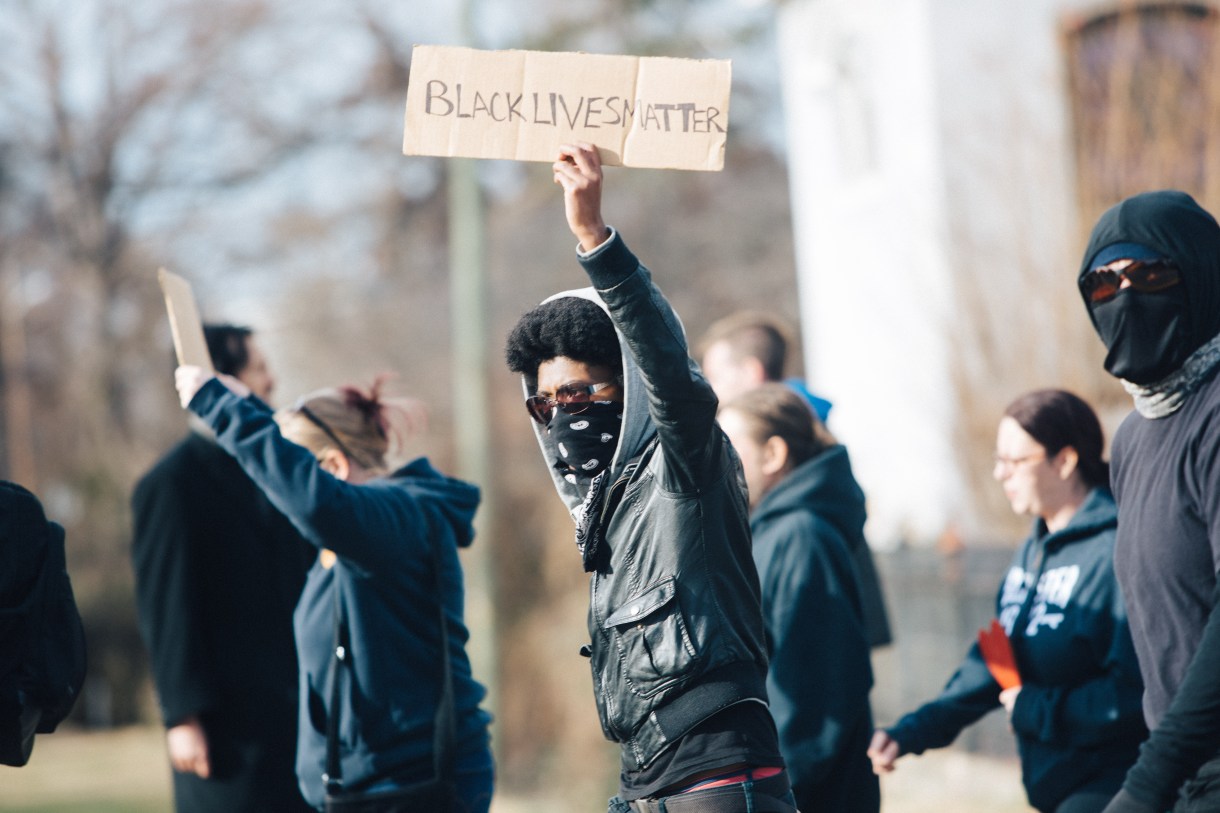 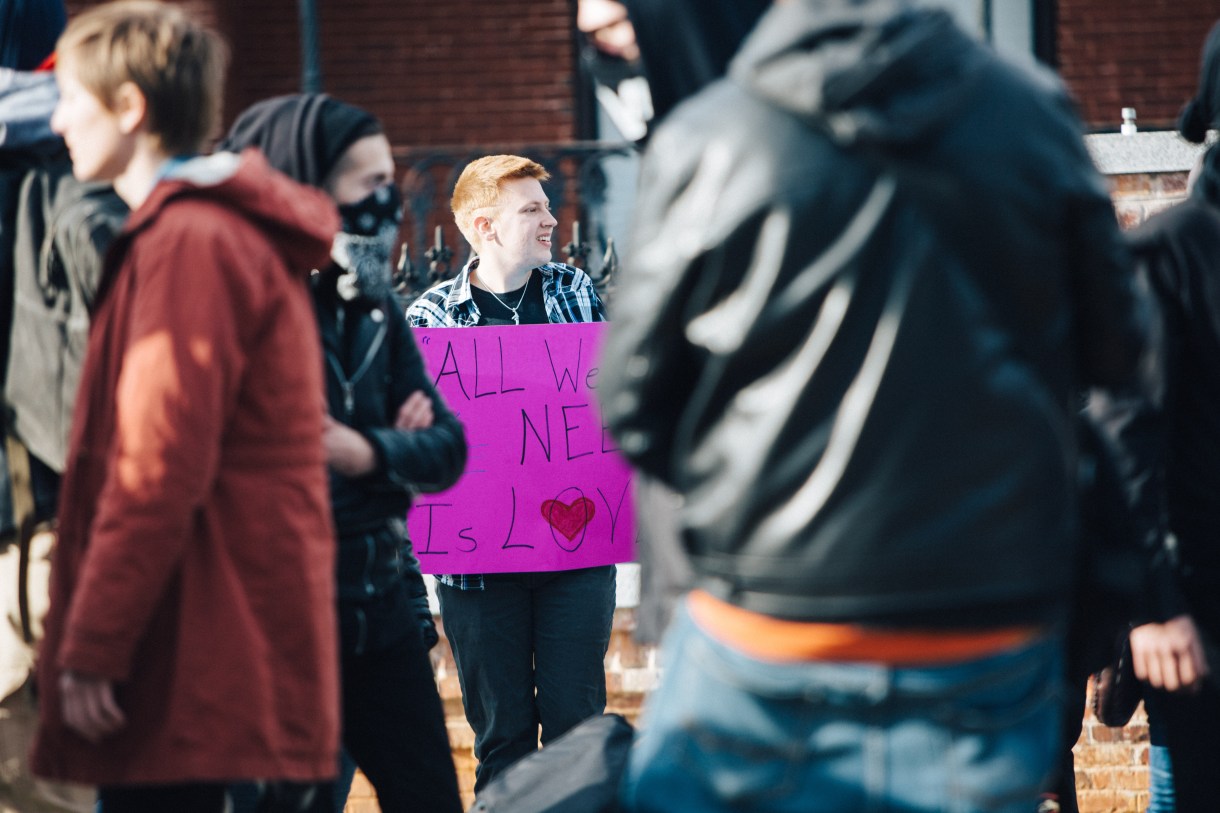 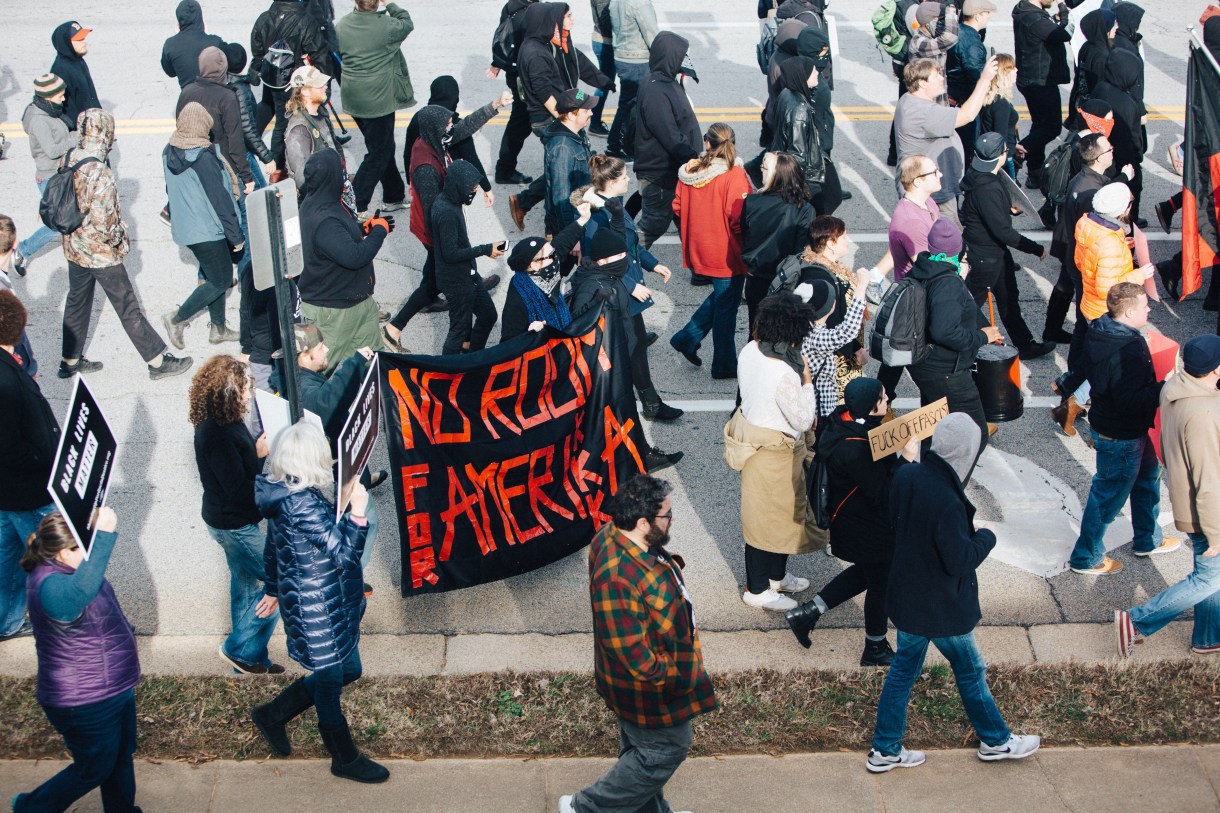 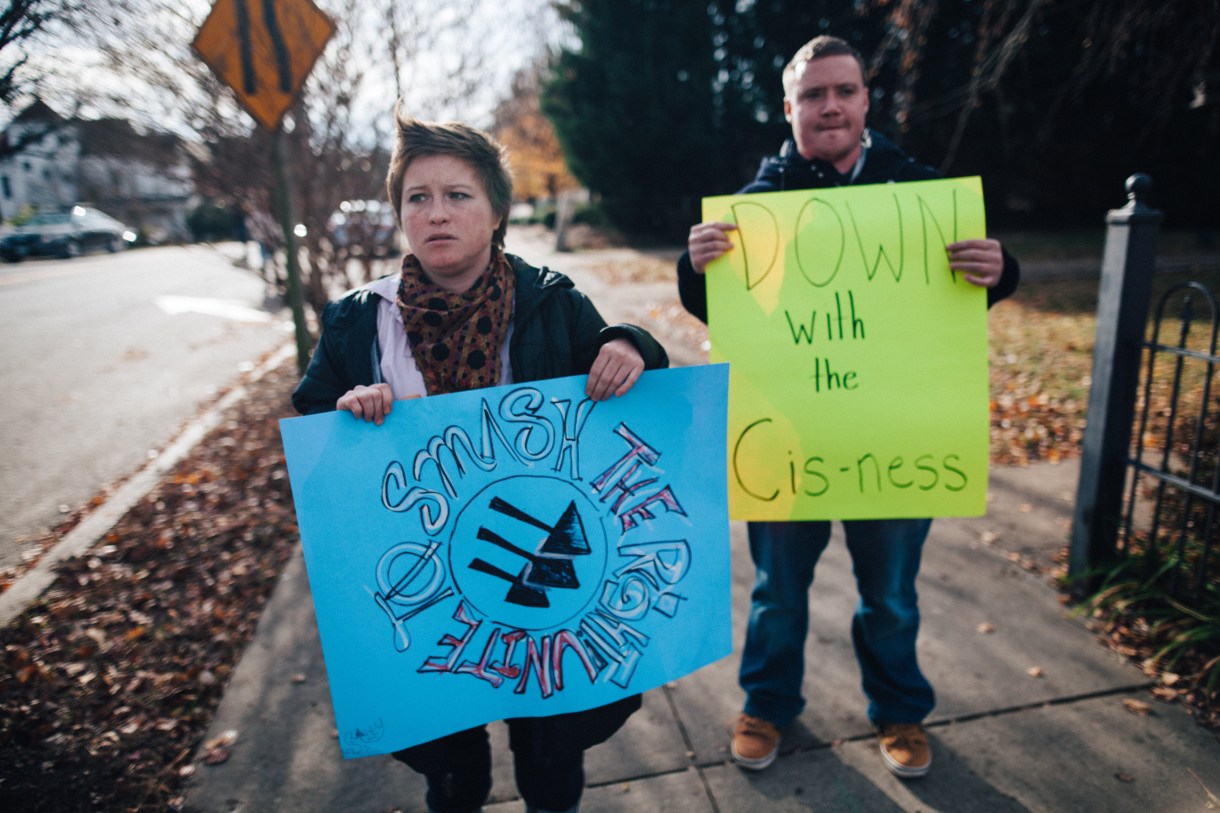 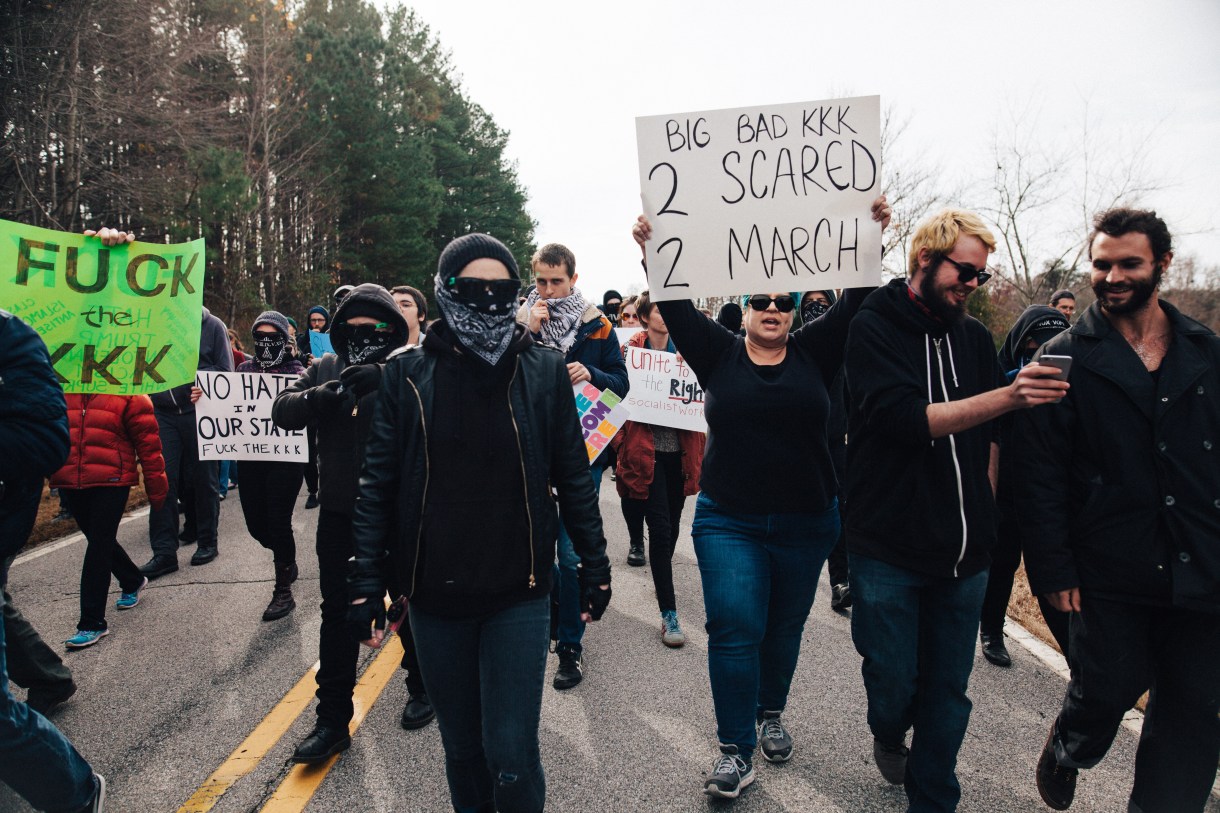 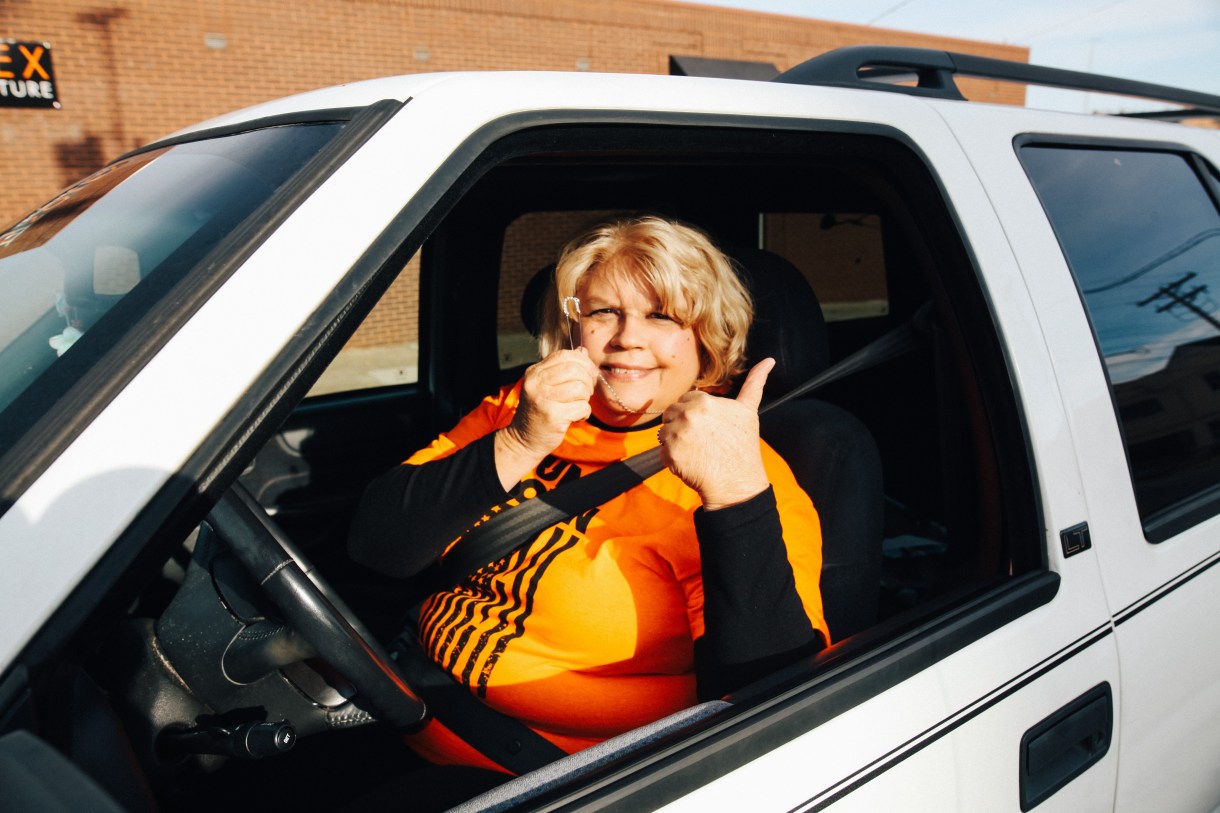 I wasn’t in support of the safety pin movement until this woman drove by the march and held it out the window with love in her eyes. Honestly it was one of the most moving things I’ve ever seen. 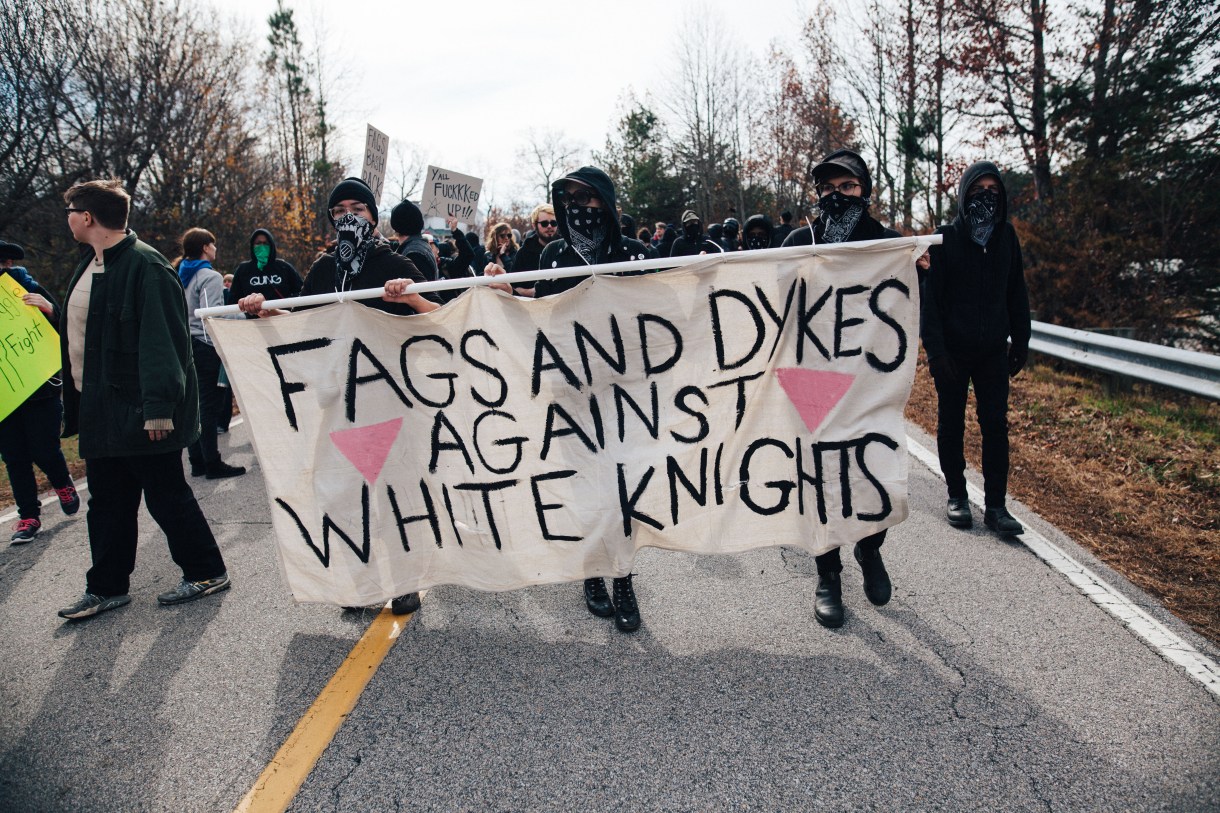 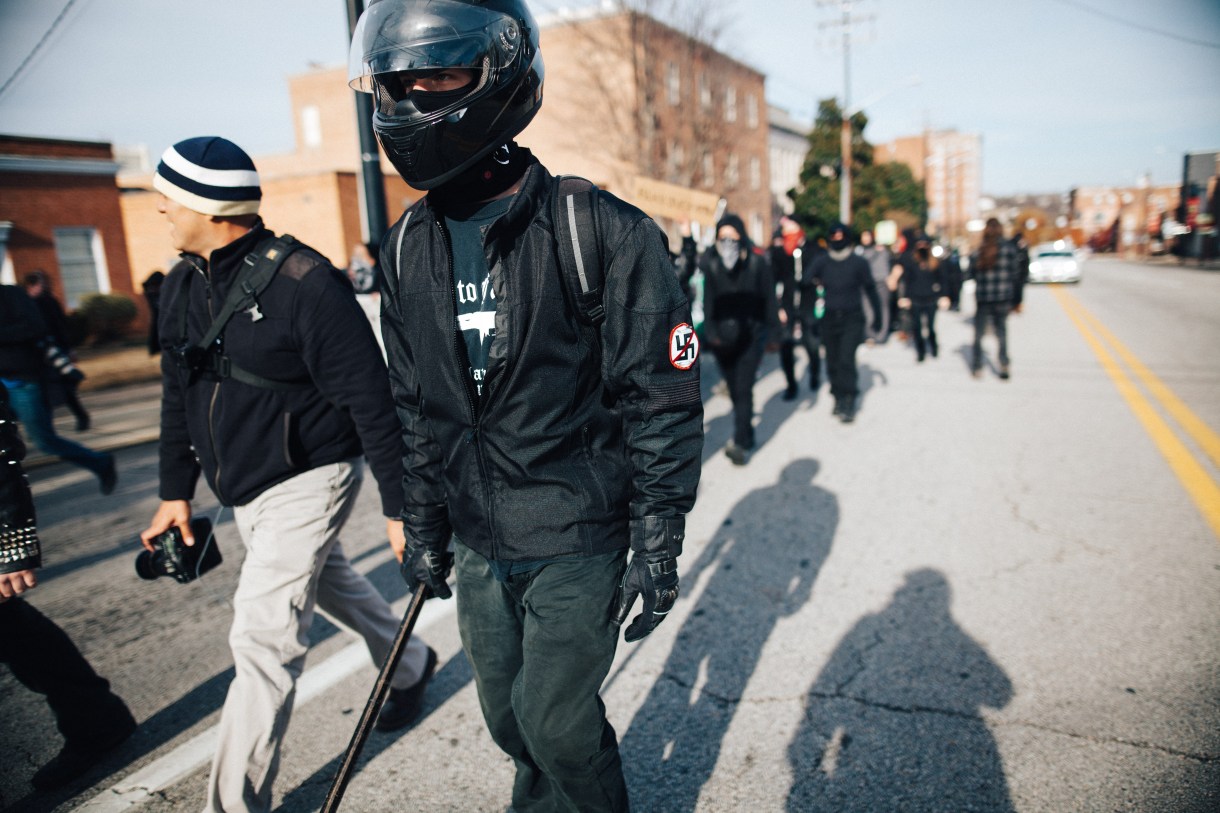 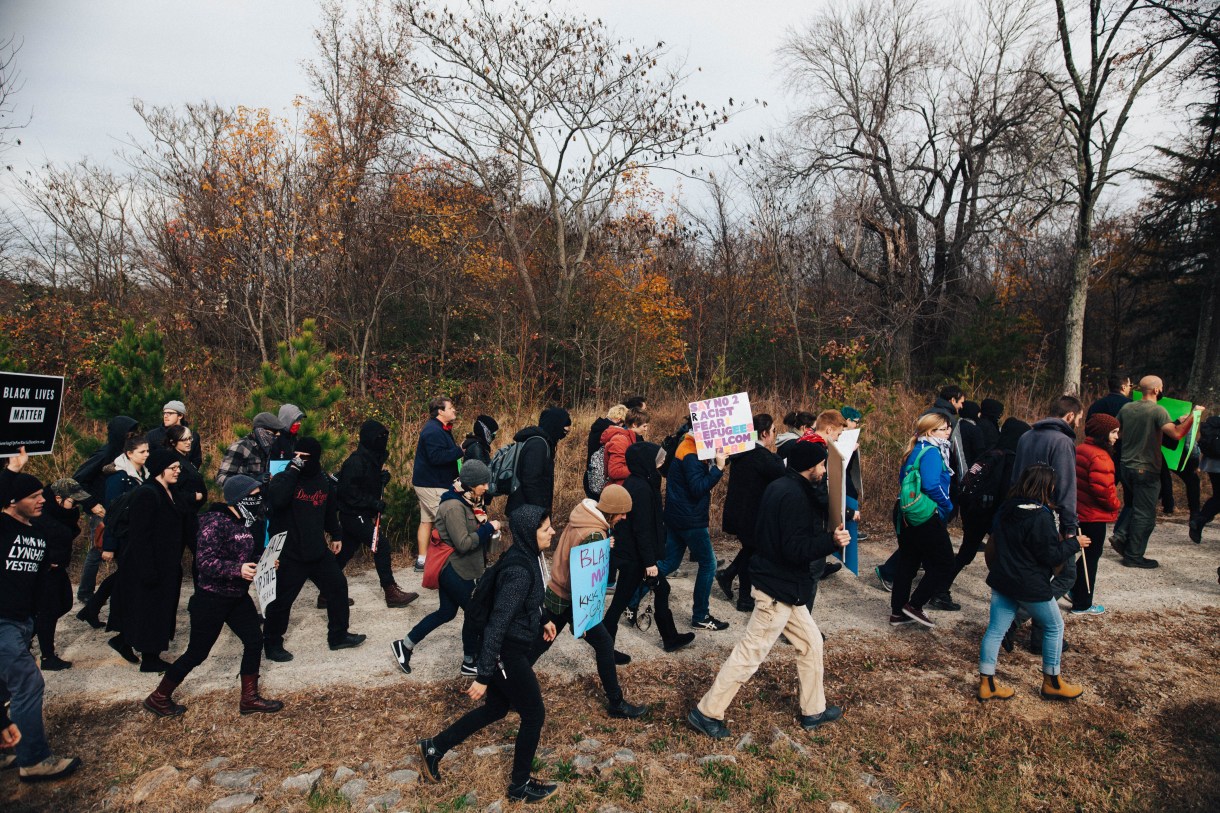 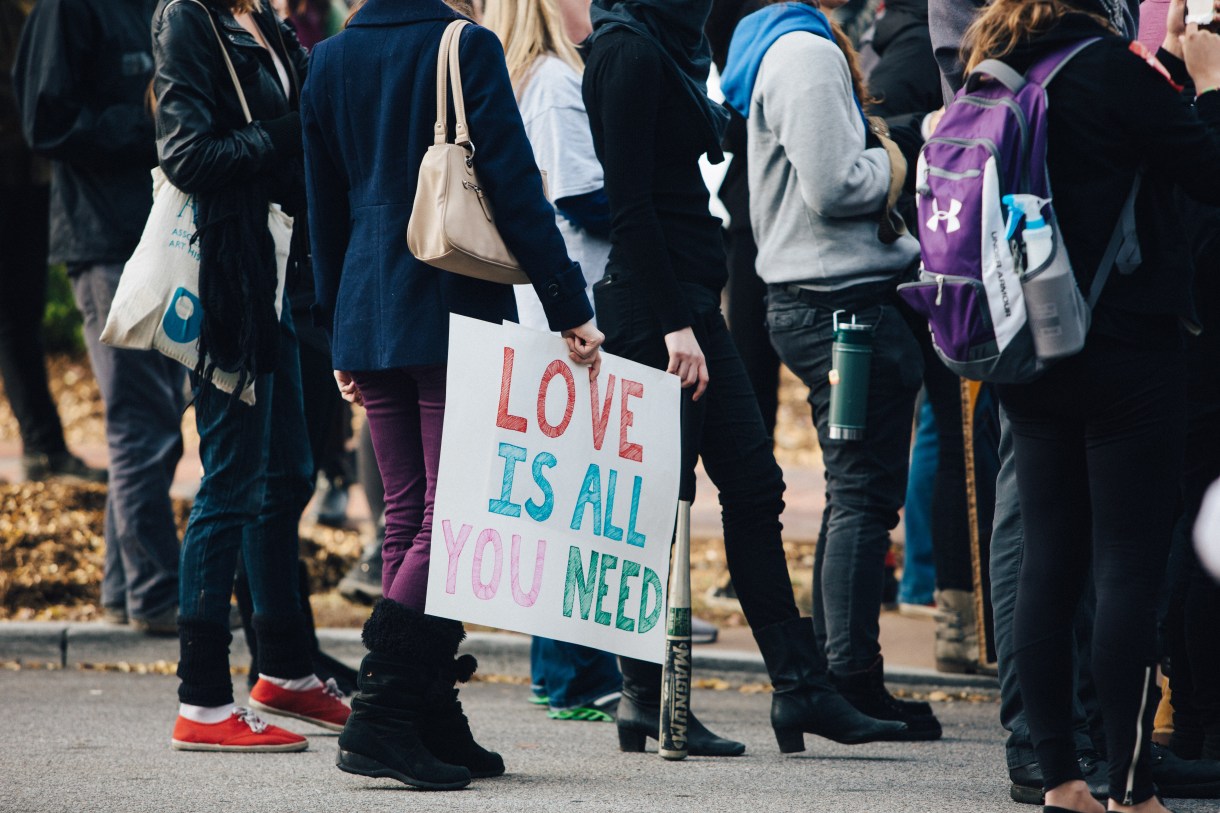 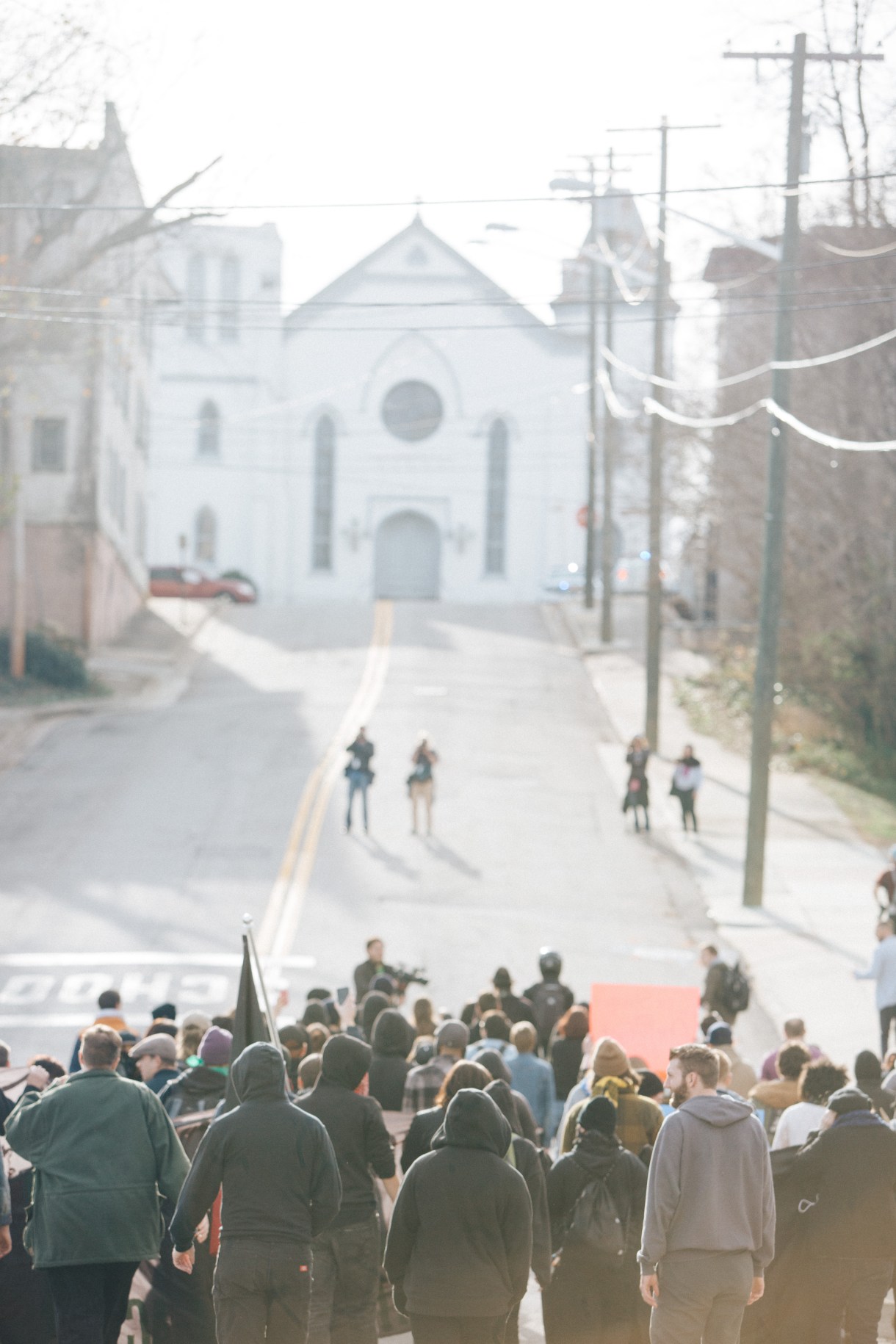 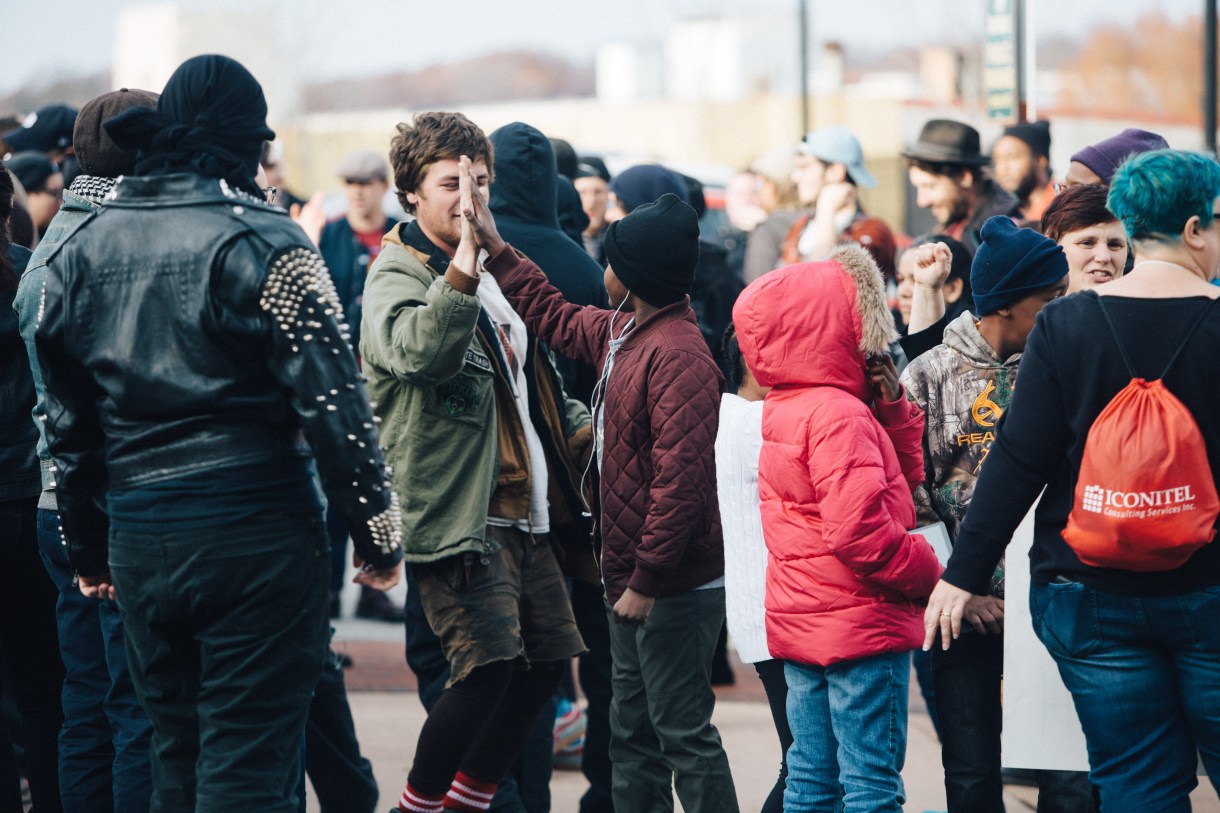