Today, the Supreme Court listened to arguments on the Defense of Marriage Act, the federal law which defines marriage as being between one man and one woman. The buildup to this moment has been slow and intense – Obama first declared part of DOMA unconstitutional (Section 3, the part which explicitly refuses to recognize same-sex marriages as legal) back in 2011, and since then others, like Bill Clinton, who actually signed the act into law in 1996, have come to agree. Many Democrats in Congress agree. Unfortunately, none of those people are tasked with the job of actually what is and isn’t consitutional; that’s what the Supreme Court does, which is why the fact that the Court is looking at it this week is such a big deal.

When the ruling on Prop 8 comes, it will talk about whether it’s okay for an individual state to ban same-sex marriage, and may have national implications or may just be restricted to California. In contrast, the ruling on DOMA will decide whether the federal government of the United State is legally obligated to recognize same-sex marriages if they were performed in a state which allows them. Right now, even legally married same-sex couples can’t file tax returns together and are listed as “single” on census forms. Even though DADT has been repealed, servicemembers’ spouses can’t receive full benefits because they aren’t federally recognized as being married; the same thing happens with spouses of federal government employees. If DOMA is repealed, states won’t be forced to legalize or recognize same-sex marriages, but the government will recognize those marriages performed in states where it is legal. 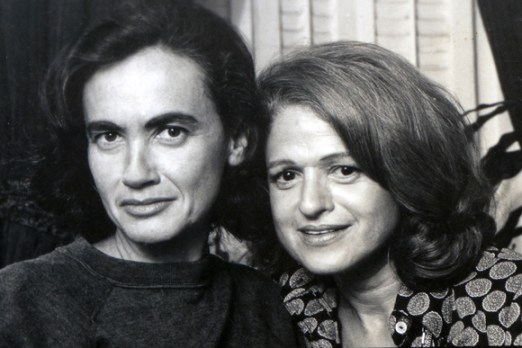 While the general impression of many after the arguments on Prop 8 yesterday was that the future of Prop 8 couldn’t be determined one way or another, there seemed to be something more of a consensus about the proceedings today on DOMA. As Reuters puts it, “a majority of Supreme Court justices on Wednesday indicated they could be inclined to strike down a law that denies federal benefits to legally married same-sex couples.”

Of course, since the court isn’t going to give us a ruling until June, everything in the media today is just pure speculation. It’s based on justice’s behavior in the courtroom, and how their doubt or skepticism about certain arguments is indicated by their questions to the legal team. Some justices asked questions which might be viewed as betraying their opinion on the issue, like when Justice Sotomayor asked “What gives the federal government the right to be concerned at all about what the definition of marriage is?” In addition to Sotomayor, Justices Kagan, Ginsburg, and Breyer are described as having “raised concerns” about the constitutionality of DOMA. Justice Kennedy, who usually rules conservatively, has been thought of as the wild card on this issue, since he’s voted supportively on gay issues a few times in the past. Today, Kennedy did seem skeptical of DOMA’s constitutionality, although his reservations may have been based more in his views on states’ rights than marriage equality:

The question of whether the justices consider DOMA an issue of equal rights for individuals or of states’ rights is important; if the final ruling strikes down DOMA, but treats the issue as a violation of states’ rights, then its impact could simply be that the federal government doesn’t have the right to define marriage, whereas for marriage equality supporters the ideal would be for the ruling on DOMA to say that it’s unconstitutional to deny all couples equal access to the institution of marriage. Justices Kagan, Sotomayor, Ginsburg and Breyer seemed to tend more towards this line of reasoning.

The discussion in the courtroom touched on arguments that have been brought up around DOMA before – Paul Clement, the lawyer defending DOMA, argued that the point isn’t discrimination so much as “a uniform definition of marriage.” Justices such as Sotomayor and Kagan pointed out that DOMA actually makes marriage less uniform, since “New York’s married couples [who may be gay] are different than Nebraska’s.” Kagan also pointed out that before DOMA, the understanding that “persons who are married in the state are married under federal law,” and in that respect also the current system seems less than perfectly uniform. Some more conservative justices, like Scalia and Roberts, expressed an opinion that (especially with the recent landslide of political support) gays and lesbians aren’t actually discriminated against, which is no real surprise given their past views.

One of the less expected topics that came up during arguments was the peculiar legal situation surrounding DOMA currently. As things stand, DOMA is part of the federal law of the United States, but the current president has declared part of it unconstitutional and refused to defend it in court (although at the same time, it has not yet been successfully repealed). Despite the president’s feelings on the matter, another part of the government (namely, John Boehner and the House of Representatives) feel that it’s inappropriate to stop defending the law, and so have hired a lawyer (Paul Clement, the lawyer in the courtoom today) in defiance of the president and are continuing to defend the law’s existence through him. In this sense, the Supreme Court is acting a little like a mediating body between two divorcing partners who are still living in the same house and sharing resources, but fundamentally disagree on everything. Given that this is a country we’re talking about, it’s an admittedly unusual situation. The conservative justices raised some eyebrows at this plan, with Justice Roberts intimating that Obama’s actions meant he lacked “the courage of his convictions.”

There are nine seats on the Supreme Court bench, and so five justices would be required to agree to strike down DOMA in order for a pro-equality ruling. It seems – again, based purely on speculation, as there’s no way of knowing for sure – that Justices Sotomayor, Kagan, Ginsburg, Breyer and Kennedy are unconvinced of DOMA’s constitutionality and may want to strike it down. That’s five justices, which would be enough for an anti-DOMA ruling. However, even if that were to pass, DOMA could still be struck down as a states’ rights violation rather than an equal access violation, which would be much less meaningful in terms of actually achieving marriage equality and not just removing DOMA. To listen to and/or read the arguments yourself and draw your own conclusions about what the justices may be thinking, you can find complete audio and transcript of the arguments at the NYT.

Rulings on both Prop 8 and DOMA are expected in late June; neither case is a slam dunk, and both cases have a variety of different ways they could play out even if marriage equality “wins,” some of which are much less beneficial to gay families than others. Although there have been some encouraging signs from within the court both today and yesterday – Edie Windsor and her lawyer left the courthouse today saying it “went well” and that Edie “felt respected” – we’re not going to know for sure what the outcome is for these cases for another few months. We can spend the time until then doing the same unflagging activism and work for change that got us to this moment, both for the cause of marriage equality and for the other issues, like job discrimination, housing discrimination, suicide, access to medical care, homelessness, and violence, which continue to threaten the safety and security of the queer community. Things are changing, but only because we’re making them, and this is no time to stop.