When I bought my current computer three years ago, I felt strongly in two opposite directions. On the one hand, the thing has 16 gigabytes of RAM, a kickass retina display and a solid state hard drive. It booted up in, like, four seconds. I was amazed. It was marvelous. It still is—it’s held up really nicely for the last three years, and I expect to get much more out of it. In the other direction, however, was the nagging feeling of discomfort that my environmentally-conscious-self feels—almost every part of this computer is soldered together, meaning almost no parts of it are replaceable. If something breaks, well. Shit-out-of-luck comes to mind as a descriptor. Of course, everything’s a high enough quality that breaking hasn’t been an issue so far (knock on all the wood). But in an industry that’s not kind to the environment to begin with, the race to upgrade and trash entire devices before their time makes it so much worse. It’s why I use my devices until the wheels fall off, even though I am SUCH a gadget person. I. Hate. Tech. Trash.

I got really excited about Google’s Project Ara, their entirely modular phone, when it was first announced two years ago (and then a little miffed about them not featuring women in their publicity materials, and I KNOW there were some on the team!) for that reason: upgrading incrementally can really cut down on the amount of waste the technology industry produces in the prettier/newer/shinier race. Want a newer, better camera? Upgrade just that. Want the newest processor? Great, do only that. Then there was an upset in which their launch was postponed indefinitely. A lot of people wondered if Project Ara had died altogether. Last week, however, less than an hour after I’d turned in my Queer Your Tech, Project Ara came back to life in a big way at Google I/O—Rafa Camargo announced the developer edition will ship this Fall, with the consumer edition expected out in 2017.

This latest iteration of Project Ara gained a lot. For one, it actually works—public demos failed hard and often before. It also gained a new way for modules to connect and disconnect—one can even verbally tell the phone to eject a module, which is kinda crazy:

But Project Ara lost something that I was personally excited about, and that was the modularity of EVERY part of the phone, including the processor. Including the display. Now the screen, processor, RAM and basic speakers are baked into the base, meaning that it’s not the everlasting gobstopper we were originally promised. Alas, it was probably a smart decision—for one, users don’t really care about swapping out those bits anyway. They want those bits to just work. Second, the fact that not one reliable model was created before doing that says the technology isn’t there yet for such an ambitious goal. The way that Google’s model works is to get products out as quickly as possible, and iterate from there (some argue that’s not a good thing in Project Ara’s case). Getting a viable product out as quickly as possible has always been important, and there’s something to be said in making that kind of compromise on the original vision to make sure the technology has a chance to innovate further (especially if most of your users don’t give a flying saucer about those compromises).

I actually think that’s not true for long, that most users won’t care about environmental impact or swapping out the most basic bits of a phone. Children have thought modular for as long as legos have been around—now there are tech toys in the same veins as legos teaching children to think modularly about technology. Whether it’s in building one’s own games in Scratch using building blocks or snapping together one’s own hardware with Little Bits. Kids are becoming nerdier as nerds are becoming mainstream. Knowing how to do a lot of things with technology is becoming cool (*cough* Minecraft Mods *cough*). Teen and pre-teen girls are getting the best wearable of the year with interchangeable charms and bands, as well as fully programmable arduino. Those kids will want these Project Ara in the next five years—it’s just a continuation of how they’re already thinking technology can and should work. People who want a fully modular device will push Google to develop Project Ara further—as the technology gets more advanced, so too will the possibilities of fulfilling their original goal. 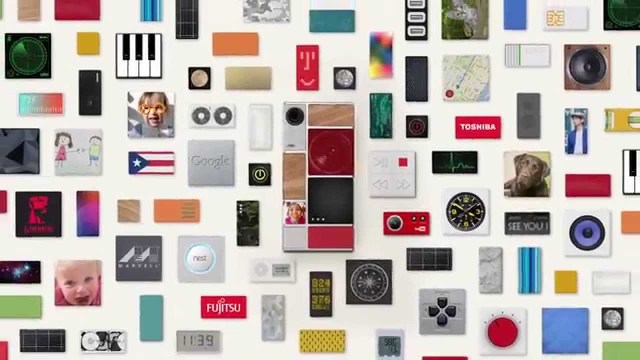 This also isn’t the first modular phone. LG’s G5 came to fruition first, and we could probably consider Fairphone (a phone built to be taken apart) a modular device, too, though not a snap-together one. Even as companies move toward devices like my computer, which aren’t remotely modular or even repairable, there’s a resistance that this signals. The desire to innovate until the technology behind Project Ara or LG’s G5 or Fairphone will yield as good a phone as the rest. Because that’s what holding them back now—the products just aren’t as good yet. If you haven’t, read that Fairphone review to figure out why. And that’s totally normal! It is easier to make something better when you cut down on the moving parts, so those things will be better until we can manage to make the moving parts look better and break less. And I guess that’s why I’m still psyched about Project Ara, even though it feels like they lost some of the magic in the last year or so. With Google treating hardware like Apple’s app store, the innovation is about to explode. That’s when the iPhones got so cool, by the way. Remember? As soon as Apple opened up the app store to developers, the amount that could be done with iOS skyrocketed. With Google’s modular market place, with them pushing developers to develop not just software, but hardware as well, I’m betting we’re about to see the same thing. Maybe it’s optimistic, but I like having hope. Maybe we can have our cake and eat it too—and we won’t leave our children with a trash planet.