The point of this piece, this entire long piece, is to convince you all, as a collective unit, to go out and subscribe to your state and/or local newspaper en masse if you have the means to do so. And you should do this because it is an act of rebellion.

Our collective girlfriend, Rachel Maddow, has asked us repeatedly to do this. Most recently, it was in response to The Star Ledger, New Jersey’s largest daily newspaper, undergoing cuts so massive that one almost can’t believe they’re happening. They began by laying off 34 of its employees (a figure that includes ten percent of its newsroom) last year. It certainly wasn’t because the reporters were bad at their jobs — in fact, the paper has won three Pulitzer Prizes and several national journalism awards in recent years. You might recognize The Star Ledger even if you don’t live in New Jersey due to their Herculean reporting on the Chris Christie Bridge Scandal (though the real Hercules award goes to The Record — more on that later). In the face of so much national attention, both The Star Ledger and NJ.com made another heartbreaking announcement this month — a parent company called NJ Advance Media is being formed so that smaller newspapers (including The Star Ledger, NJ.com, the South Jersey Times, The Times of Trenton and others) can better compete in this digital age. And cuts are continuing. 167 non-union employees at The Star Ledger will lose their jobs. In the newsroom of 156 people, 40 positions will be cut. That’s 26% of the newsroom. In this same move, NJ.com lost 15 of 77 employees (that’s 19%). Again, it’s not because they’re bad at their jobs. And it’s not because these jobs aren’t necessary for the kind of quality reporting they’re currently doing. It’s simply because in the age of giants like Facebook, ad revenue just isn’t flowing. And in the age of “free media,” subscribers are unwilling to pay for local news. Across the entirety of the fledgling NJ Advance Media, more than 300 layoffs just occurred.

I, too, am part of the problem. 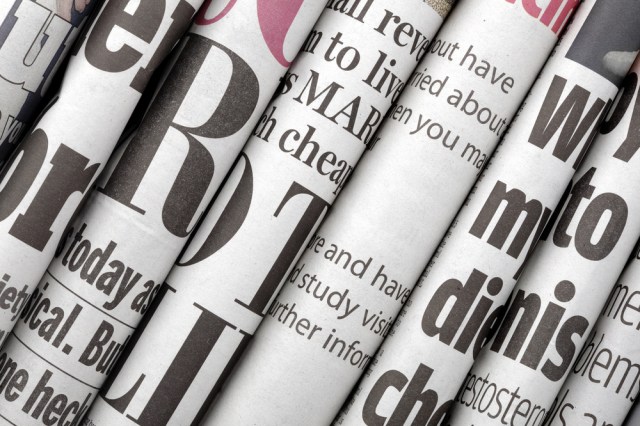 State and local papers break news stories that have important national and even international implications — the first paper to break any sort of story about the George Washington Bridge closing was The Record, a daily newspaper covering Bergen County in New Jersey. The person who brought it to light? A traffic reporter — John Chicowski. It doesn’t get any more local than that. The Record‘s Shawn Boberg then broke the story that Port Authority officials were warned about the toll booth closures and did know what was going on. And then days later, the same reporter linked that story back to Chris Christie.

In an area I’m less familiar with, West Virginia, another national story’s been unfolding: The Elk Creek pollution case has focused the United States on the coal industry, on regulation for chemical storage and on who, exactly, is affected when MCHM leaks into the drinking water. But the task of informing local residents that they’ve been advised to not drink the water fell to local news outlets.

According to the Washington Post, state and local papers also broke stories about Connecticut Governor John Rowland‘s massive corruption, that South Carolina Governor Mark Sanford was not hiking the Appalachian Trail but visiting his mistress, and the ruptured Exxon pipeline in Mayflower, Arkansas.

And thank goodness for the local coverage of Wendy Davis‘s filibuster — no one would have known about it had it not been for the local papers, and it never would have taken off online like it did. The networks sure weren’t reporting on it.

It’s safe to infer that these stories break because the local reporters are there, entrenched in their community with years of experience on their beats. Boburg had been reporting on the Port Authority for years He had the institutional knowledge to spot something untoward and the connections to find out what it was and why.

According to a poll done in 2011 by the Pew Research Center, Americans rely on local newspapers but don’t think that they do:

On 11 of 16 topics that more than 2,000 respondents were asked about in January, newspapers and their websites ranked first or tied for first as a relied-upon source of local information.

But when asked if their local newspaper no longer existed whether that would have a major impact on their ability to keep up with information and news about their community, 69 percent of those surveyed said no.

The authors hypothesize that newspapers’ greatest strength is in civic topics like taxes or zoning and development that comparatively fewer Americans follow regularly.

While this poll is a few years old, one might argue that the number of layoffs in the reporting sectors point to a continuing trend. Not enough readers equals not enough money. Ad revenue goes elsewhere. And then we have the elimination of a resource that we, in our various local communities, still very much need.

So why is that perception there? Why do people think they don’t need their local paper anymore? 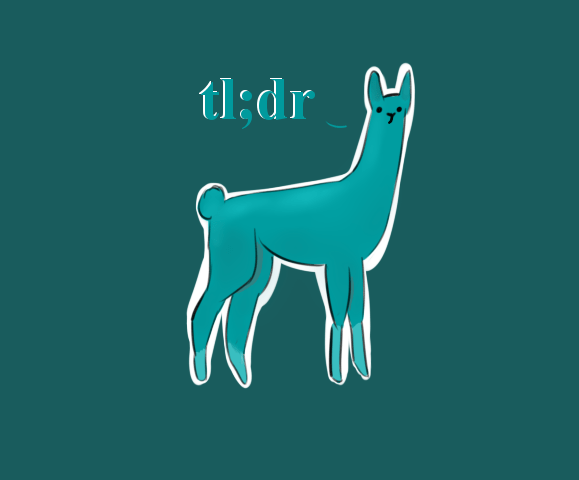 I didn’t know what TL;DR meant for a really long time. An embarrassingly long time, actually. Only recently did I discover that it meant “too long; didn’t read.”

Much of the time we are on the internet precisely to read things — at least, I am. And I can guess you are — you’re reading this right now. And you made it this far (so far, you’ve gotten through approximately 1200 words. Congrats). But that’s obviously not the way the world works. According to Know Your Meme, TL;DR used to be used almost exclusively for calling out commenters or users on forums for the length of comments. But now some websites post a summary of their article or post under the heading TL;DR.

There’s a whole TL;DR culture that’s happening around us and we can all feel it — from the NPR April Fools Day joke that proved commenters didn’t read the post, even when short to this analysis of how to succeed in an era of shortening attention spans. Millenials purchase more books than any other generation, it’s true, and yet there’s a rise of Buzzfeed-style list posts (even ones from which we can ingest news). Studies show that our attention span is, indeed, shortening. I’m not saying lists are bad (we use them all the time), but I am saying diversity in the ways we ingest news is good.

One could argue that newspapers themselves were the early perpetrators of TL;DR — the style of writing for print news publications often dictates putting the point, most of the relevant information, in the first sentence or first paragraph. Hell, I did that here. I told y’all exactly what the point was, first thing.

We’ve become used to bite-sized news and I would argue that picking up a newspaper — actually feeling what a day’s worth of written news feels like in your hands — feels like an awful lot of commitment, even if individual articles are short and sweet and have a lot of relevant information packed into just the first line. Reading a newspaper means taking time that, in our increasingly speed-obsessed society, has become less acceptable to take. In an inforgraphic illustrating how social media is doing our attention span a disservice, one of the cartoons is literally holding a newspaper while making a confused face.

But I don’t think that’s the only reason newspapers are suffering.