Today in unfortunate news about criminals who happen to be homosexual women we have the case of Harley Rose Gifford and Britney Singleton, both 19, who burglarized 29 homes in Upper Darby, Pennsylvania this summer. Oh, also — Britney and Harley are “lesbian lovers.” Not “girlfriends” or “a couple” or “dating” — I mean, that would make them sound like actual humans in a relationship rather than two women thigh-high in a wallowy swamp of sex, drugs and debauchery — but “lesbian lovers.” You got that? Write that down. “Lesbian lovers.” If that’s a little too explicit for you, one story I read called them “Sapphic Snoopers,” so you could try that one on for size.

The burglaries were committed in broad daylight in the afternoon, usually entering through unlocked first-floor windows. The girls didn’t use a car which meant they did things like haul a 55-inch flatscreen television back to their apartment on foot.

The girls were foiled at their 30th intended home by a lion. Like an actual lion. Police have been unable to find said lion and have repeatedly questioned the girls about the probability that it was actually just a very large dog, not a lion. The girls insist it was a lion. 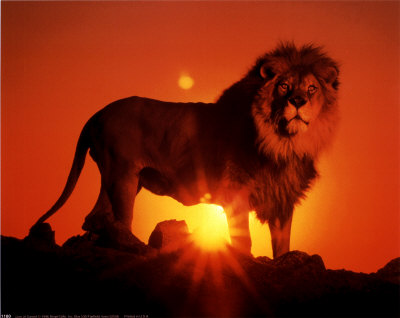 Michael J. Chitwood, superintendent of police, is having a field day with this story! Some select quotes:

“They’re a two-person gang. They rip out all the drawers, go through the cabinets, throw everything on the floor. Not only are they criminals, they’re sickos.”

“Almost every one was a daylight burglary. They said, ‘Who would suspect two women?’ That’s why they felt they could get away with it.”

“They turned Upper Darby into their own personal Walmart for the summer,.”

“They just enjoyed stealing. They used people’s homes as their own private shopping center.”

“If we find a lion it will be a bigger story than this.”

Police initially suspected the women were stealing to get money for drugs, but tests came up clean. According to Harley’s facebook profile, her heroes include Reba McIntire, The Rock, Chris Brown, Patty LaBelle and Alicia Keys. Other favorite things include Set it Off, Dr.Seuss, Finding Nemo, Superbad, Spongebob, WWE, Teen Mom, Rihanna, Katy Perry, Toy Story, Harry Potter and “cash.”

Obviously, these girls are criminals deserving of punishment and I have zero heart-shaped feelings towards them. But it’s interesting how consistently “lesbian lovers” is used to describe two women in a relationship only in specific, trivializing circumstances — Lindsay Lohan and Samantha Ronson are always “lesbian lovers.” If two women commit a crime, they are “lesbian lovers.”

Our community has long been struggling with the various ways the media uses sexual orientation to sensationalize news coverage or to insinuate that sexual orientation and criminality are inexorably linked. Page 31 from the GLAAD Media Reference Guide: 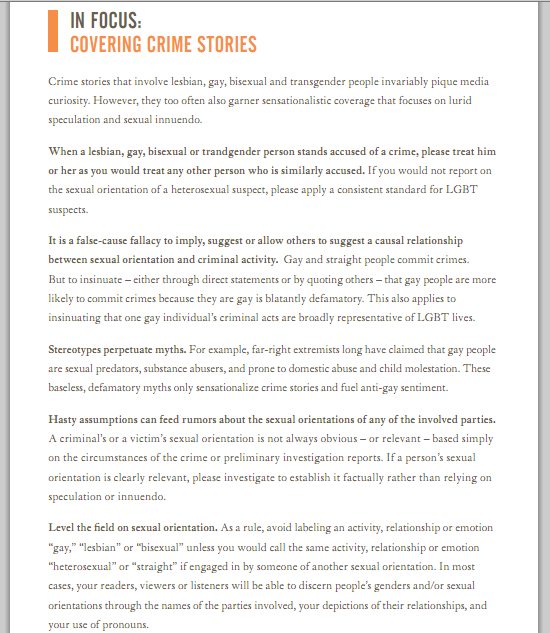 I’m not insisting, as GLAAD is, that sexual orientation should be left out of the article — I think that’s unrealistic considering ultimately these people are trying to sell newspapers and get website hits and we can’t change that marketing model. If an opposite-sex couple committed a crime spree, their relationship would be referenced in the story — although their sexuality, of course, wouldn’t need to be said. But it’s that “lesbian lovers” thing that gets me — that degrading, stupid thing that makes girlfriends seem as inherently devious as a crime-committing couple consisting of a married man and his “mistress.”

“These two are going to love the female prison. Dykes should be put in with the men because they are not normal females. Putting them in with females is like putting some h0rny 16 yo guy in charge of the girl’s dormitory.”

“I understand NY’s great governor, Andrew Marry-A-Same-Sex-Person Cumohomo, has offered the same-sex soon to be married couple his legal advise for free. All the poor men in the world, missing out on these two beauties. Maybe Cumohomo is on to something.”

“Lemme guess which one straps it on.”

That being said, “I think the problem started when someone chose to name their child after a motorcycle” might be the funniest thing I’ve heard all day.