Falling in love and not losing complete track of the people you don’t have sex with can be tricky. Especially in the early days when leaving the bed to go to the bathroom can feel like long-distance. And even when you do make the time for a cardamom almond latte with your BFF (DeAnne loves those!) all you can think to ask her is, “Is it weird that I miss Eman while she sleeps?” Gross.

So here’s what I did, and feel free to do the same because I happen to think it’s a full proof plan: create scenarios where you can all hang out. Preferably doing something productive where your BFF doesn’t feel like a third wheel trying to have an adult conversation with a two-headed monster. No one should have to endure that. I mean, given the choice between trying to have an adult conversation with two 3-year-olds or a couple that’s in love, I’d choose the 3-year-olds every time, and I don’t like kids. 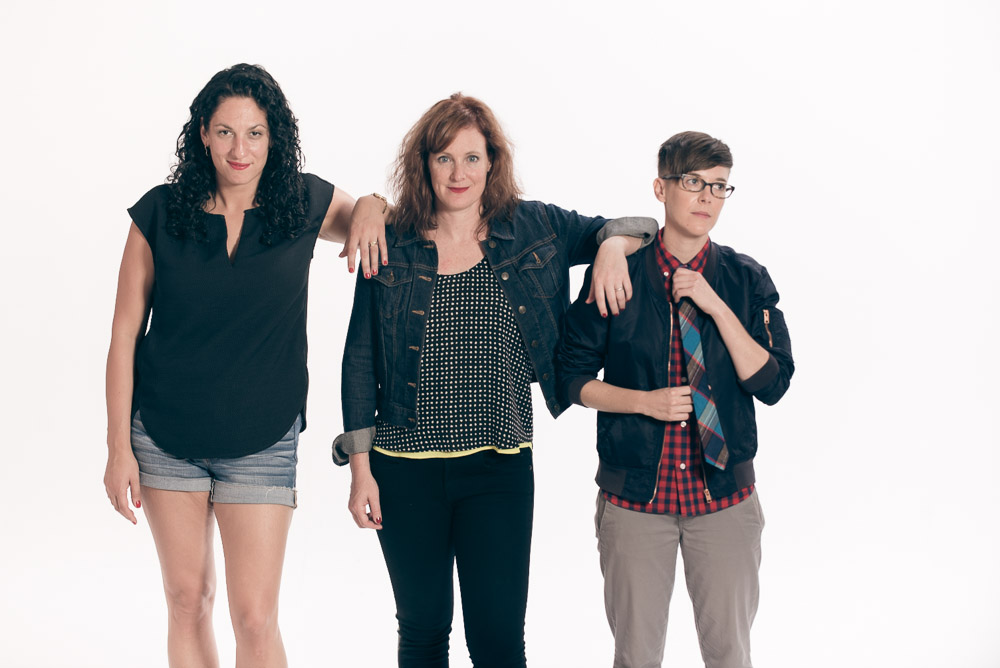 Ok so one cool thing you could do would be to put on a stand up show together at a swanky place like The Duplex in NYC on November 9th, and call it “Girl on Girl on Girl” so it sounds like you are all into each other sexually. But wait, I hear you. What if you don’t all do standup comedy? Well maybe you’re all fire fighters in which case you can coordinate your firefighting so you can put out a fire together. Or maybe you’re all dentists. Perfect. Find a person you can all shame together for not flossing enough. But wait. What if you don’t all have the same career? Your only hope is to all come to “Girl on Girl on Girl” and laugh a lot because one of those relationships isn’t going to last.

But before you do, please enjoy this very lovely conversation between DeAnne Smith — a comedian who I admired on the scene in Montreal, who is now my BFF — and Eman El-Husseini – my now wife who wasn’t even gay before! Guys, I can’t believe this is my life either.

Eman: From what I recall Jess and you met in a forceful way. Your ex-girlfriend invited her to a party when you weren’t even friends.

DeAnne: Yeah, Sarah invited Jess to our going away party as we were getting ready to tour Australia. It was all of our close friends…plus Jess. I was like “I don’t even know that girl! Why did you invite her?” Sarah said “Oh, I thought you were friends.” Turns out Sarah was right, we just didn’t know it yet.

One of the things I loved about Jess immediately, her talkativeness, you used to run away from. How did you go from knowing Jess casually to being interested in her romantically?

E: I think I would have fallen for her a lot sooner if I heard what she said. She talks a lot but with a very low voice and we were always in very loud places so I literally never heard a word she said for two years. But when I did I thought I’d like to be stuck to this person. Like physically, all the time. I wasn’t even attracted to women before. You have heard her all along? How have you NOT fallen in love with her?

D: I fell friendship-in-love with her! But I was always in and completely focused on (I’m choosing not to say “obsessed with” here) my relationships. That’s the main way Jess and I bonded early on– endlessly discussing our girl drama.

E: I feel like Jess has brought out some minor bisexual feelings in you? Do you agree?

D: Well, she DID take me to the first Magic Mike. I had no idea what we were going to see. About ten minutes in I leaned over and whispered “Uh, I kind of like this.”

For real, though, Jess does a lot for bisexual visibility. She’s been talking openly about it on stage for years, when less people were talking about it. I’d like to think we’re all moving beyond labels, but I still think it’s important to have those kind of conversations in comedy clubs.

When did you start addressing being in a same-sex relationship on stage? How did it feel to you?

E: Once we came out about our relationship, which was when we got engaged, I started talking about it. I’ve always talked about what is happening in my life on stage. I feel my stand up is autobiographical and our relationship has so many political and religious aspects it’s like we are a never ending current event. There was a time when I was worried about alienating straight/mainstream and also Arab audiences but the material won out.

Jess and you are proof that gay ladies can be platonic friends. Do you feel like that is rare?

D: A. I feel like it can be. At least without having had some romantic connection first, even if it’s just a crush or one failed date. I don’t know if there are any real stats on that, but I’m gonna go with anecdotal evidence on this one. You’re rare in the way that you don’t come with any ex baggage!

E: I married my first love like the traditional Muslim woman that I am.

But it’s true I really have low tolerance for people. I get annoyed quickly even with people I cherish so being alone was never a problem for me.

E: I know we are so different with food and relationships. I’m not very patient with people but when it comes to food, I’m very forgiving. I don’t like ramen. But I still keep trying it just to make sure I’m not missing something. With people it’s one strike …

D: We are so opposite.

E: But we have Jess in common.

By the way, what is the secret to having chemistry on stage with Jess?

D: A. Having zero sexual chemistry, I think. There’s very little to interfere with our comedic chemistry!

E: I’ll just have to live with the sexual chemistry! 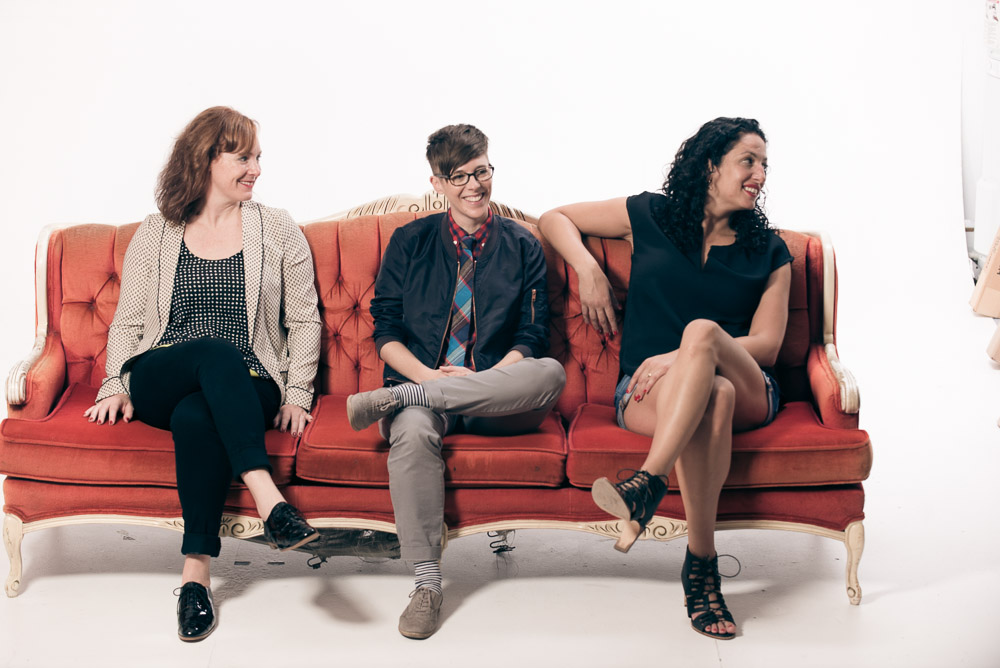 “Girl on Girl on Girl” is happening on November 9th at The Duplex (61 Christopher St @ 7Th ave) at 9:30pm. Also on the bill is local superstar Sydnee Washington! Tickets are only $10 in advance or $15 at the door plus a 2 drink minimum. We have 5 pairs of tickets to the first 5 people who email us at Jess@JessSalomon.com. Come for the comedy, stay for all the chemistry!