The third and final season of Dead To Me is an ode to the platonic love between a queer woman and her straight best friend. It’s a beautiful love story, start to finish, and each episode brought elements of murder mystery, heartbreak, and so, so much laughter. Seriously, this is one of the funniest shows I’ve ever seen.

(This review contains mild-to-moderate spoilers in the first half, and major spoilers after the next warning. I’m writing under the assumption you’re probably not reading a review of a third season of a show unless you’ve seen it and want to compare opinions!)

This season was a long, bittersweet goodbye to the show, and to Jen, Judy, and the friendship we’ve grown to love over the years. Christina Applegate and Linda Cardelinni acted their butts off, and the show accommodated Christina Applegate’s MS diagnosis by having Judy sitting or leaning in most scenes, without making a big deal about, which I found very lovely. 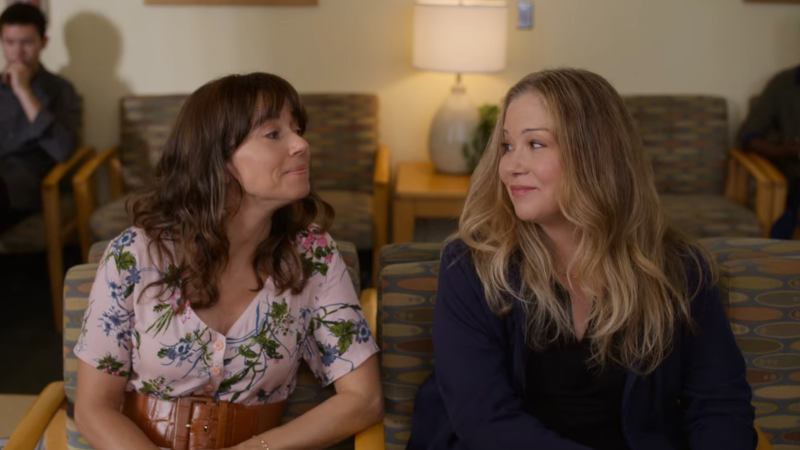 Christina Applegate has talked about how supportive the production team (and Linda) was about this and I love this so much, especially in a time where accommodations that were lifechanging for disabled people are starting to be pulled back in a harmful way as people decide to pretend the pandemic is over.

Despite everything they’ve been through together, at the end of the day, Jen and Judy show up for each other. This season showed the growth Jen has experienced since season one; she started this show an angry widow who had little to no time for the perky weirdo infiltrating her life. And she ended it selflessly caring for that very same woman. Judy spent her life not being loved as well as she deserved to be loved, but this season showed she finally, finally was.

(This is neither here nor there but I didn’t really put together that Katey Sagal has now played both women’s mother until she was standing face to face with Christina Applegate and Judy was like, “Do I know you?”) 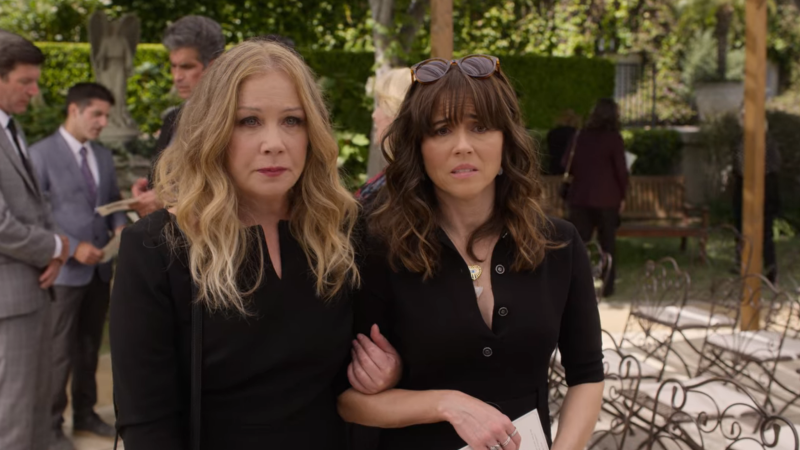 At first I was upset when Judy got diagnosed with stage 4 cancer and it was clear to me that we were going to lose her by the end of the season. (Not for Bury Your Gays reason. I firmly believe there is nuance to that rule. It does’t mean “no queers die ever” it means “don’t kill off your only gay character because you ran out of ideas for her and then continue on the show without any queerness so you can check a box without having to actually do the work.” A queer character dying in the last episode of a series after rich character development, and having that death impact the entire world of the show is not the same.)

But the truth is, I understand now. Judy and Jen got away with murder, quite literally. They committed crime after crime and they were getting away with it — granted, by the skin of their teeth — time and time again. And actions have consequences, even if they aren’t obvious. Judy spent the past year focusing on everyone but herself. Covering up crimes, burying bodies, trying to atone for her part in Jen’s husband’s death, and the lies she told. She knew she had an abnormal pap smear, but she ignored it in favor of trying to help Jen get her life together. She forgot to put on her own oxygen mask before she helped others put on theirs.

I wish she had been able to be there for Jen and her family longer. Help raise the new baby as a third parent and platonic life partner to Jen, a second mom to her kids. But maybe she never would have been able to live her own life. So in the end, she got to make a choice for herself. To stand up for what she wanted, to put herself first. And there’s something beautiful about that.

Although neither Jen nor Judy were particularly focused on romance this season, they both had their moments. For Judy, that meant reuniting and reconciling with Natalie Morales‘s Michelle. They have a gay old time; Michelle gives Judy a tarot reading, and they decide to skip the mature conversation part of making up and jump right into some no-strings sexytimes. 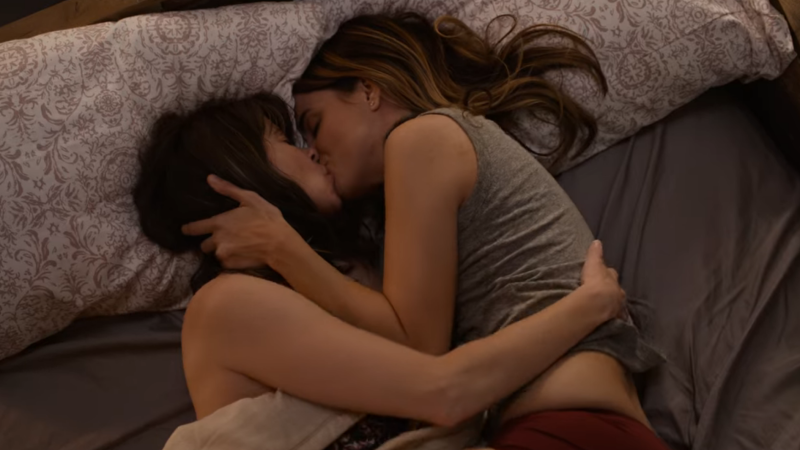 Michelle is moving to Sonoma to open her own restaurant, and Judy actually clings to the myth that she’s moving with her in lieu of telling people she’s sick for a long time. The fantasy of a happily ever after with Michelle keeps her smiling as things start to get hard.

The show could have easily just not brought her back, so I’m glad they did. Another random little gay moment I loved was when Jen and Judy end up on the beach in Mexico, and they have this cute little exchange:

I don’t have many straight friends at this point in my life, but the ones I do are the ones who can make jokes like this. The ones who aren’t afraid of the word “queer” because they know I use it to describe myself, the ones who know how to make a joke about queerness without making queerness the butt of the joke. The non-performative ally. And that’s exactly what Jen is for Judy. 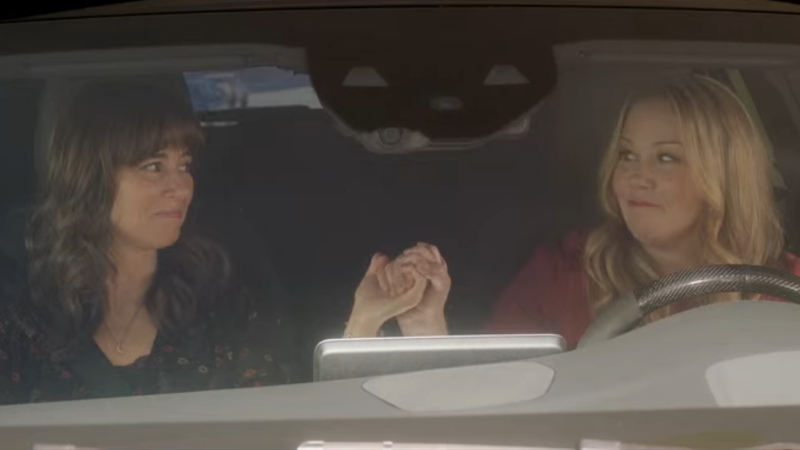 This show is genuinely so hilarious 90% of the time but the way this series finale made me SOB was borderline emotional abuse.

Of course, it’s always hard to lose a queer character, both in the dying sense and in the show-is-over sense, but Judy was a gift from start to finish, and her relationship with Michelle was perfectly imperfect. There was something so natural about Jen and Judy’s relationship, even when (or maybe especially when) they were at odds. Judy’s relentless optimism and Jen’s persistent pessimism somehow fit together like perfect puzzle pieces, evening each other out to keep them both grounded in reality. The hard truth of the world is, sometimes even the best relationships end. Whether time takes its toll, physical distance creates emotional distance, or tragedy strikes, friends can be separated irreparably. But the friendship? The love you felt for them, the impact they had on you…that never has to go away. You can find it in your favorite show, a paper crane, a dash more optimism than you used to have, the cupcake recipe you use. Maybe it’s just memories now, but that doesn’t make it any less real.

As a single lesbian of a certain age (or nearing it, at least), I appreciated Judy as an older queer woman for whom dating wasn’t a priority. In fact, while dating and love happened to Judy and Jen, their romantic entanglements were not ever the point. The number one love story in this show was the platonic love between Judy and Jen, and I think that’s beautiful. Some shows would have tried to cross that line, would have had it seem like Judy was pining over her straight best friend, or have Jen worried that would happen. But that line was never crossed, nor was it ever a question. Some shows are somehow bad at knowing what female friendship is really like, and sometimes shows accidentally make the main female friendship too shippable. I don’t know if the fault lies in actors, writers, or directors at that point, but it’s always confusing to me. But even when Judy is doing things like baking birthday cupcakes for Jen’s son, or when Jen and Judy are curled up in bed watching the The Facts of Life, it’s always deeply platonic in the most beautiful way possible. I don’t have a sister, so I don’t know if that’s how it feels to have a sister, so to me it just reads as a deep and wonderful friendship. A friendship between two adult women that is complicated and important and special and so, so full of love. A friendship that looks more like what my friendships look like. A friendship I want to see more of on TV.

Join A+!
Related:Dead to Me